When I last spoke about my Mustang I spoke about neglect, which pretty much sums up whenever I speak about it. So this time I'll not lead off with tales of neglect. You may remember that back in July I had got it MOT'd for the first time since the beginning of lock down, where upon leaving the MOT center my clutch decided to call it a day, and spat all it's fluid out all over the ground. Well, long story short as it needed to have the clutch slave cylinder replacing, I figured that at 16 years old I might as well replace the clutch too as I would hate to have had the gearbox out to do the slave cylinder only to have it back out six months later to do the clutch. 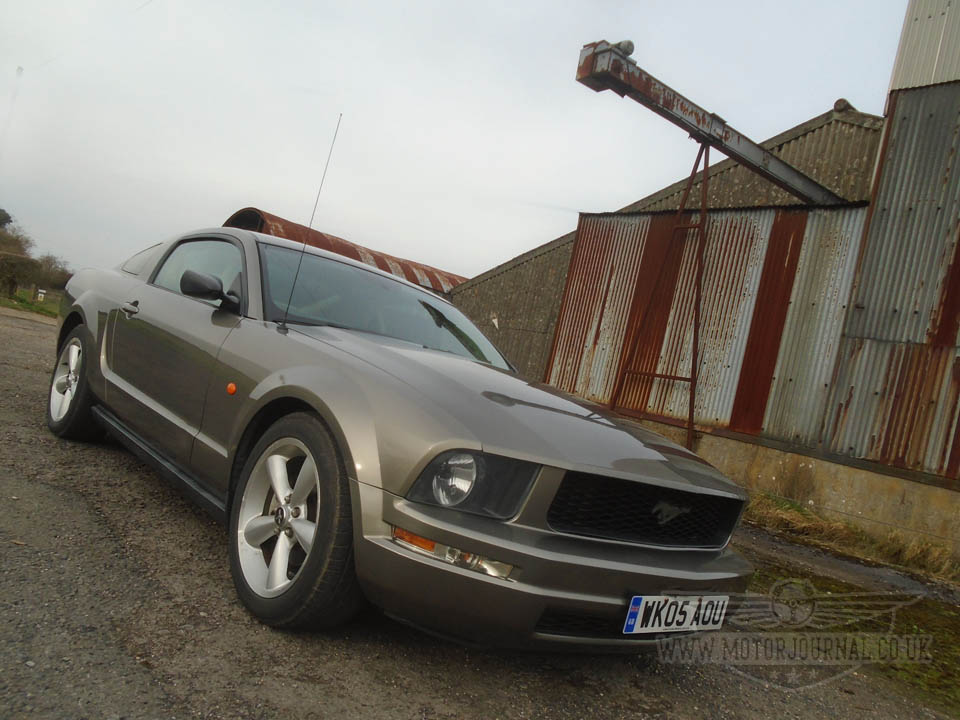 So, I set about ordering a new clutch slave cylinder and clutch kit from America. For whatever reason I decided that what I needed was a sports clutch plate, which needed to be mated with a lightened and balanced flywheel, and so just one week later, and my wallet £235 lighter I was on my way to my friendly mechanics workshop with my new lightened flywheel, clutch, and clutch slave cylinder for him to fit. In my mind it was going to be epic, and the following day with my wallet lightened more than my new flywheel I was finally off out for a drive. To be honest, I'm not too sure I could notice any difference from the factory set up it left Ford with, but I was just happy to be out and about in my Mustang. But my joy was short lived, just six weeks or so later, as I turned into my road I put my foot on the clutch, and there was nothing there. The pedal just went straight to the floor much like it did a couple of months previously. I got out, and had a look underneath and sure enough, it had spat a puddle of clutch fluid on to the floor under the bellhousing. So much for not having to have the gearbox out in six months to do the clutch again then, I was pretty pee'd off, the last clutch slave cylinder had lasted me 16 years, why has this one only lasted me six weeks? I emailed the seller who told me that if I could send it all back to them, they'd have it checked out, and then if they felt that it was a problem with the product, and not the install, or the way I drove it, then they'd refund my money.

I spoke to my friendly mechanic, and he, like I, couldn't understand why it had failed. I had even been carefully breaking it in, no burnouts, no doughnuts, not even any racing type starts from the lights. I had been carefully driving about like a proper old Granny, and I'd not even covered 500 miles when it let go. I was pretty ticked off, although it's fair to say that nowhere near as ticked off as my eldest daughter who was wanting to go to her prom in it just two days after the new clutch went off with a pop. Thankfully, for her I've got some pretty good friends, and one of them, Paul, lent me his '64 Ford Ranchero pick up to take her in which was pretty damn cool, so all's well that ended well I guess. But as for the Mustang, well, I was pretty unimpressed, and so as I had other cars to drive I just let it sit in the corner for a while and think about what it's done. 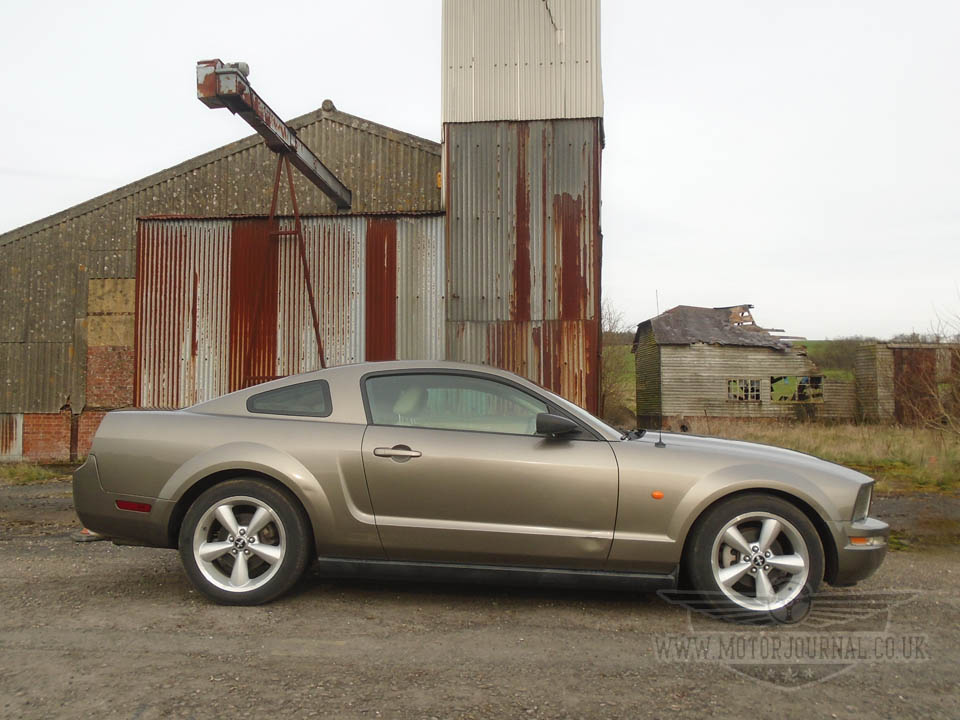 Irritated doesn't even come close to how I was feeling, but with the StreetKa Named Desire almost finished I figured I'd spend my money there, get it done, then use that for a bit while I argued it out with the seller of the clutch kit that I'd bought. I was getting nowhere with him, but then the Bentley came along, and so that took my focus off the Mustang for a while as I had a new toy to pay with. The trouble is, as much as I like the Bentley, and I do like it, it's just it's not the Mustang. I'd find myself sitting in the Bentley, and thinking to myself that I wish I could take the Mustang for a run. So after five months of trying to convince the seller of my clutch kit to refund my money without me having to send it back to him and getting nowhere. I decided not to bother as it'll cost a fair chunk of change to post it back to him, and even then I may not get my money back. So instead, this time I decided to buy my parts from Rock Auto. My mechanic thought it might not be a bad idea to get the whole lot again as everything had been liberally coated in brake and clutch fluid. I asked him if he still had the original flywheel, but of course he didn't, and to be fair to him, it had been a fair while since the clutch was replaced by now, and so I figured that the way forwards was to go back to the original set up, like it was when it was factory fresh almost seventeen years ago.

So, once again I set about ordering a new clutch slave cylinder and clutch kit from America, but this time not from some seller on fleabay, but from Rock Auto. Why I didn't do that in the first place I'll never know, I've used then a few times on various American cars that I've owned over the years and they've always been very good. A week later, and my wallet just £154 lighter this time I was on my way to my friendly mechanics workshop with a new flywheel, clutch, and clutch cylinder for him to fit. The following day with my wallet lightened once more I was leaving the StreetKa Named Desire with him to fix/service, and for the first time in what feels like forever I was finally off out for a drive in my Mustang. 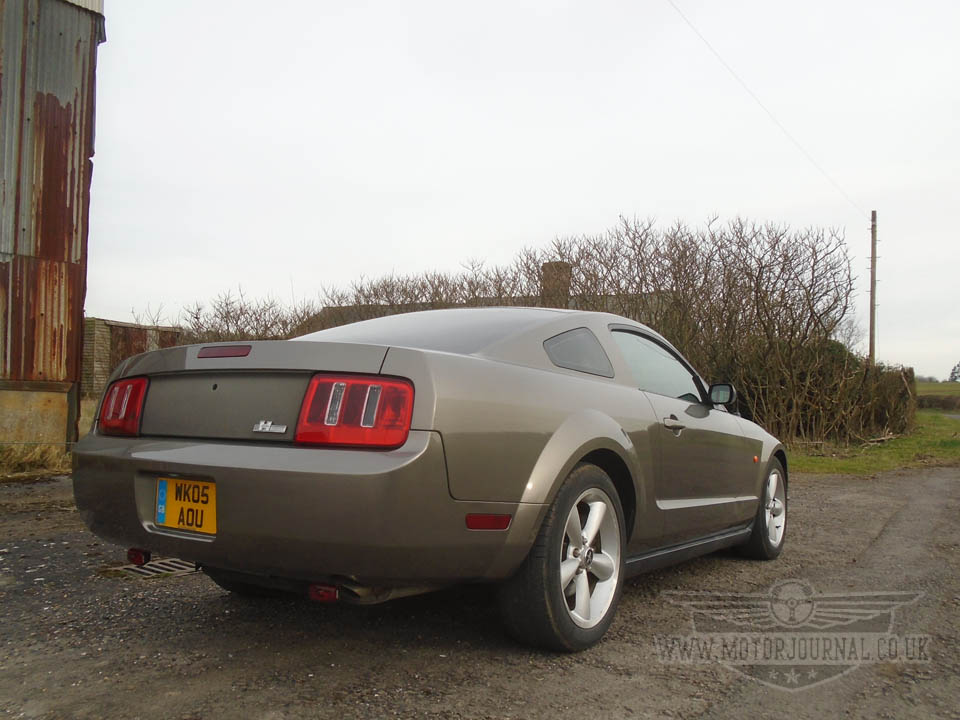 It was a beautiful day, the sun beat down, I had the radio on, I was drivin' and before long I was realising just how much I miss this car. It's not the fastest, best handling, or even the best condition car I've ever owned. But it's the only car I've owned that was brand new when I got it, and despite the odd battle scars from seventeen years of driving I'm pretty sure I'd not swap it for anything. Not even the Bentley. The Bentley is good, it's a beautful big coupé and I really like it, but as beautiful as it is, I don't think it looks as great as the Mustang does. I look at the Bentley and think 'nice' but even when I'm sitting in the Bentley looking at my Mustang I'm looking at it thinking, 'FANTASTIC'! When I'm out and about driving the Bentley if I should see another Mustang I find myself feeling disappointed with myself as I'm in the wrong car! What the heck is wrong with me? I think that for me other cars will come and go, but this thing, well, this thing is here to stay. I just need to get out there and drive it more, even if I've got no particular place to go,  and it's purely for the fun of driving.