The StreetKa, I'll be honest they've got under my skin a little bit. Since having my first one back in 2015 I have found that every time the warmer months roll around I start to go looking for another one. But the thing is that I never seem to keep them for very long, what tends to happen is that I'll buy one, drive it, and enjoy it, then think what am I doing with this thing, surely I've scratched that itch enough, and so I sell it. Usually regretting it as I watch it drive away, which then sees me looking for another one. So far I have had three, two of them have been covered elswhere on my blog, and one of them, this one...

I had for such a short amount of time that I didn't even have time to write anything about it! But as usual as it went away I started to think I should've kept it a while longer. I wouldn't say that the StreetKa is anywhere close to the best car in the world, or even a particularly good car, but a fun car they really are. So as the weather started to warm up earlier this year my thoughts started to wander, and before long my fingers were busily searching fleabay for a StreetKa again. The trouble was that for anything that was roadworthy and ready to go it appeared like I would need to be spending about £1,000, and frankly I'm not spending that amount of money on that junk! I started to look at other options, amoungst which the Peugeot 206 Cc looked quite favorable as they were still relatively cheap, had four seats (as long as your rear passengers had no legs), and I'd not had one yet. The thing was though, despite being similar looking (if you squint) to the StreetKa, I still prefered the StreetKa. So, the next thing to do was to whinge and whine to my friends about how I wanted needed another StreetKa, but I'm not prepared to pay the prices that people were asking for. My friends listened to me whinging before letting me have a torrent of abuse for whining about not being able to afford to buy myself another girls car!

A few weeks later, and still with no StreetKa I got a call from one of these urine extracting friends who told me that he had picked up a scrap car, but as the scrapyard was closed if I wanted it, and apparently he knew I did, then he would dump it outside my garage. I asked him what it was, but he wouldn't tell me, but he said that he knew I want one, but this one is a real project. Well, I don't need any more projects, and so I asked him what it needed. He said that it runs, but it needs everything! I thought about this for a while, and I came to the conclusion that I didn't have the time or inclination to take on any more projects. His response to this was to tell me that it was too late, he'd unloaded it outside my garage, and stuffed the numberplates, keys and documents under the door. Great! Well I guess it was too late now then! I thought that I'd better go and see what I had been gifted! I was just getting into my car when my phone rang again, it was my scrap collecting so-called friend who asked me if I was going to go and look at it. I said I was just getting into my car now. He said, "very good, remember, it is a project, and before you can move it you'll need to put wheels on it!" I need to put wheels on it? I said, how much of a project is this? What wheels will I need? He said, "You'll need four stud Ford wheels, Bye!", and immediately hung up! I dug out a set of old rusty Mk5 Escort wheels from behind my brothers garden shed, and headed up to my garage to see my new project, whether I wanted one or not! 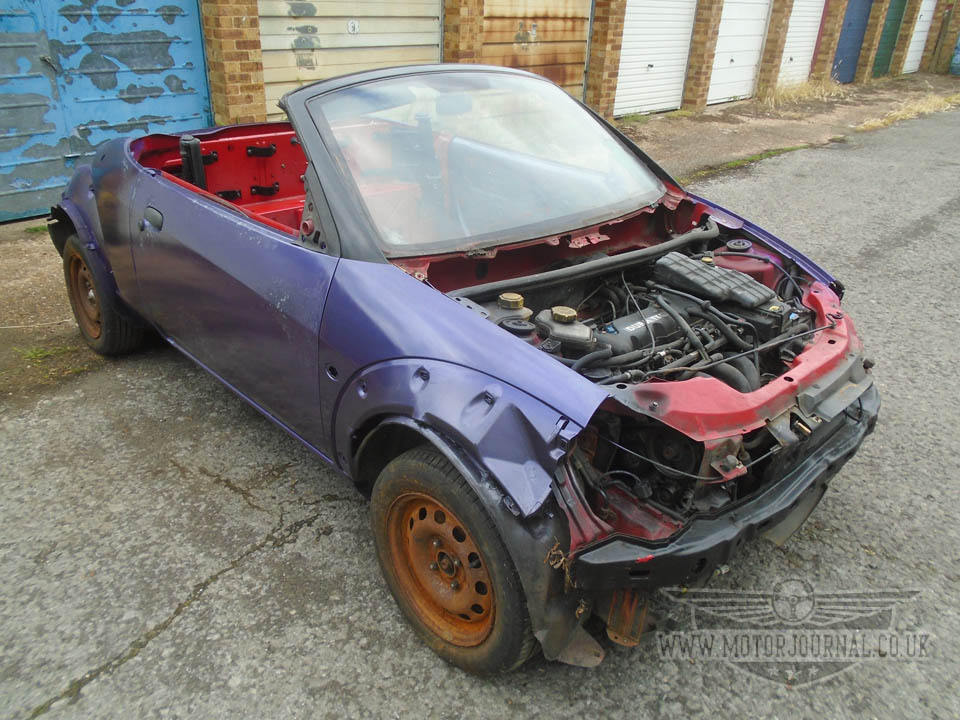 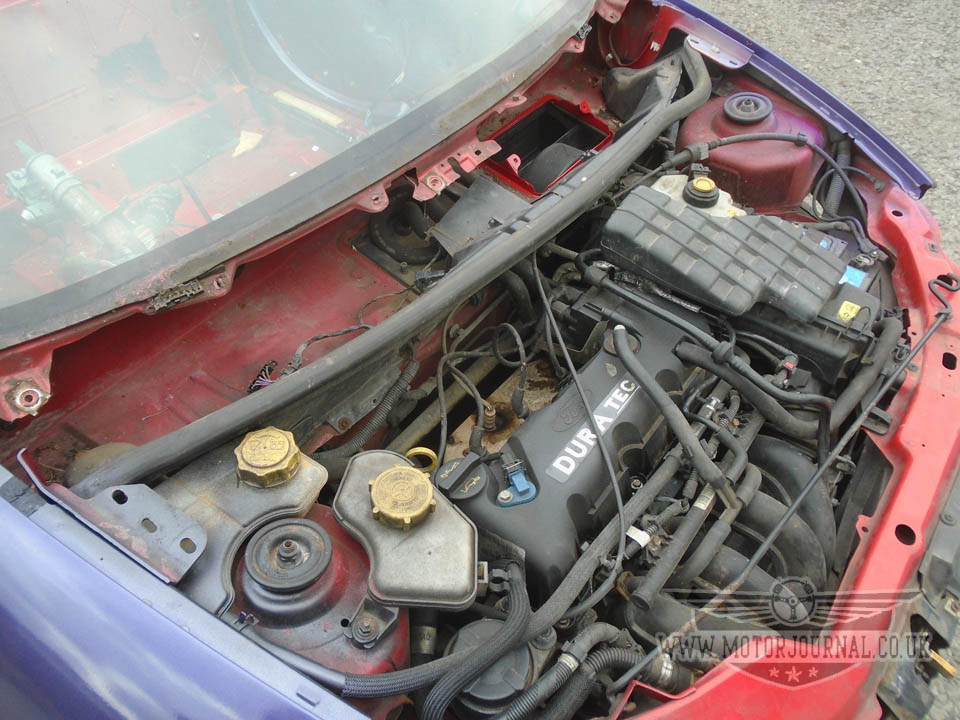 But the engine looked complete, not that I could try it as I didn't have a battery. I really wasn't all that sure I wanted it, so I called my scrap dealing friend up, who answered with, "Hows your new car?" I said it wasn't that great, most of it is missing, and how do I know if it starts or not? My friend told me that the guy who he collected it from told him so. I said that I wasn't sure I wanted it, if I knew it would run that would be one thing, but right now, it was scrapyard fodder. He response was, "wait there, I'll see if I've got a battery and pop up!" Twenty minutes later he was there with a battery! He got out of his car grinning from ear to ear and said, "What do you think of your new car?" I said it wasn't the best, and asked him why he was punishing me? He told me it was to stop me moaning about not being able to afford a StreetKa! I said that I could see where he was coming from, but what I had in mind was a little bit more complete. "I dunno" he said, "Give you a free StreetKa, a car that you yourself said you wanted, and you're still not happy! Theres no pleasin' some folk." Anyway, with that he produced an old battery from the boot of his car, and installed it. Sure enough, with the battery installed it did start, and it started on the first turn of the key! With a bucket flung into the interior we set off for a lap around the garage block. I'll admit that now that I knew it started and drove I was a little more into it. We backed it into my garage, and with it safely tucked away my friend started to remove the battery again. I asked him what he thought he was doing? He said that he'd already given me a free car today, I wasn't getting a free battery as well! I thought what a tight ass he is! So I asked him what he wanted for the battery. Quick as a flash he said £100! I said £100!? I could buy a new one for far less than that! OK he said, lets make a bet, if you can get this back on the road before the end of the Summer then you can have the car, and the battery for free. But if not, no matter what stage you're at I will collect this car and take it to the scrapyard, or you can buy it from me for £300. He held his hand out. I looked at it, looked at him, and just said, Covid? You know we're not supposed to be doing this sort of stuff... I think we're still on the elbow thing. "Just shake my damn hand!" He said, "You know you wanna make this deal!" I shook his hand, and while doing so he told me that he'd just had a pee with that hand and not washed it yet!.. Great! 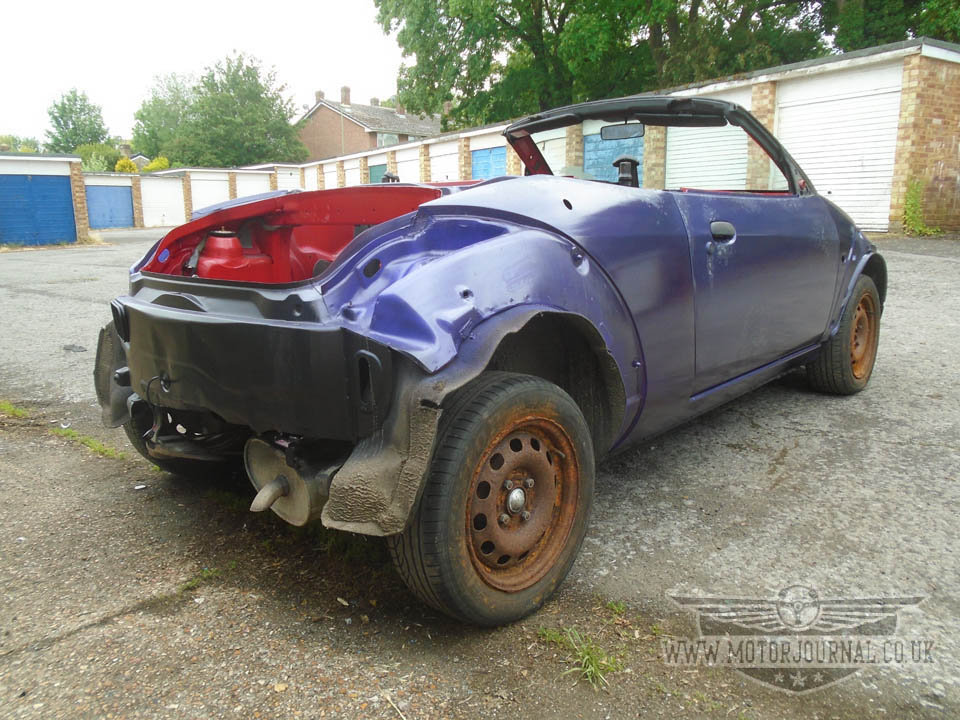 So, now that I've taken it on, just what have I got? To be fair, not very much, and the more I look at it the more I realise that I've not even got as much as I thought I started out with originally! Mechanically it all seems to be there, but everything that bolts to the body is gone. I think the only reason it's got doors is because they're welded on. 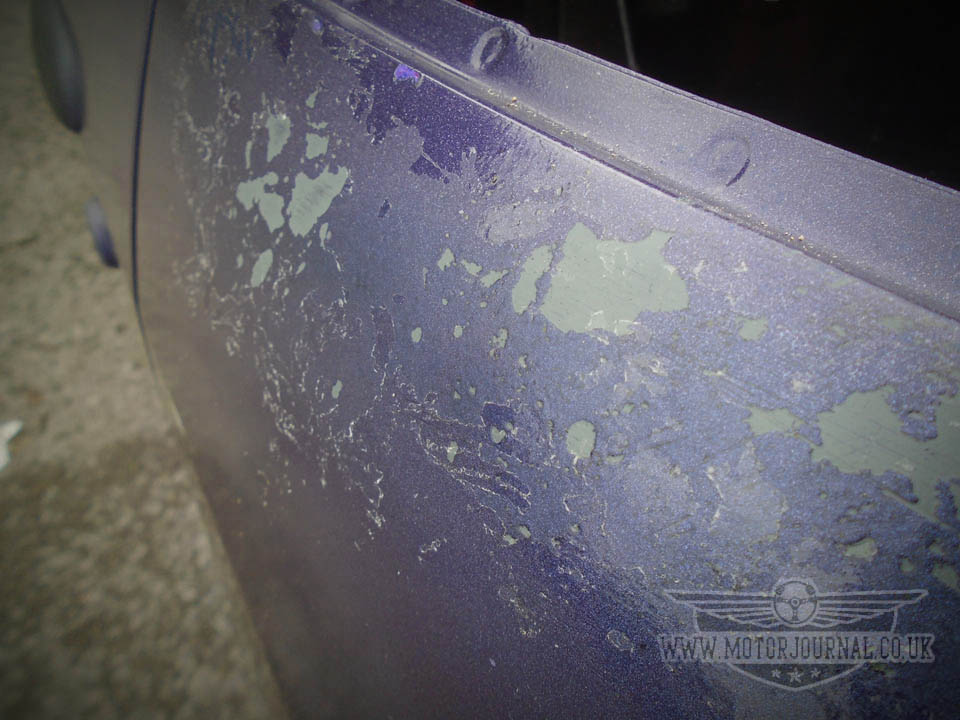 Anyway, I quite like the colour, but the paint isn't the best. It doesn't seem to have much in the way of rust, but it does have flakey paint, lacquer peel, chips, scratches, and the odd dent. 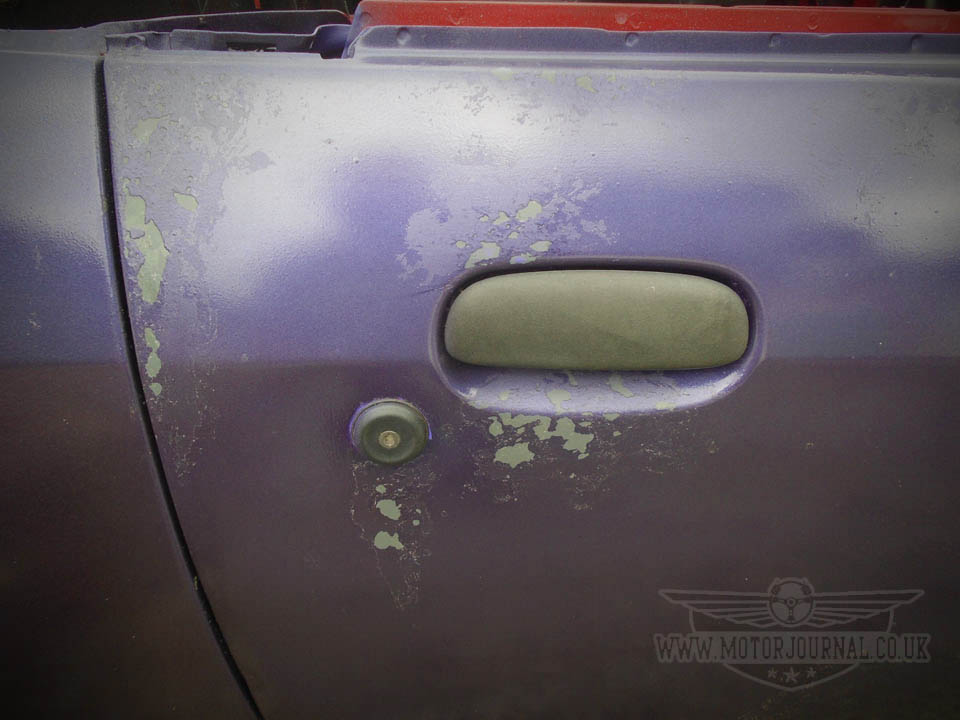 My feeling is that at some point this was quite a pretty car, but I feel like that point was a long loooooooong time ago! Probably in a galaxie far far away 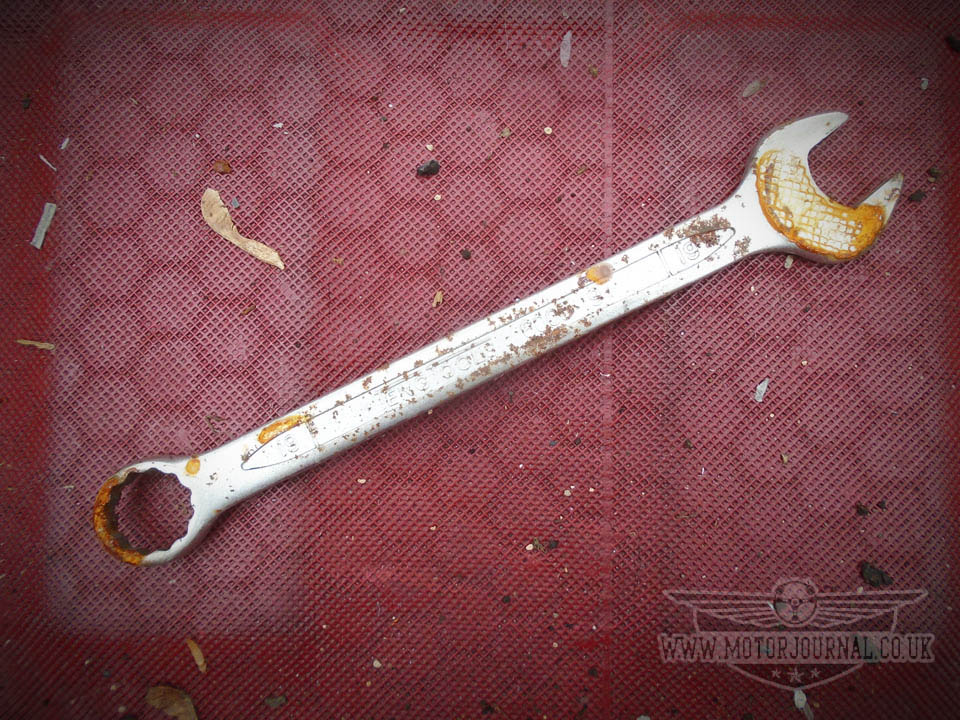 It does have a free spanner though, although unfortunately it doesn't seem to fit anything on the car. 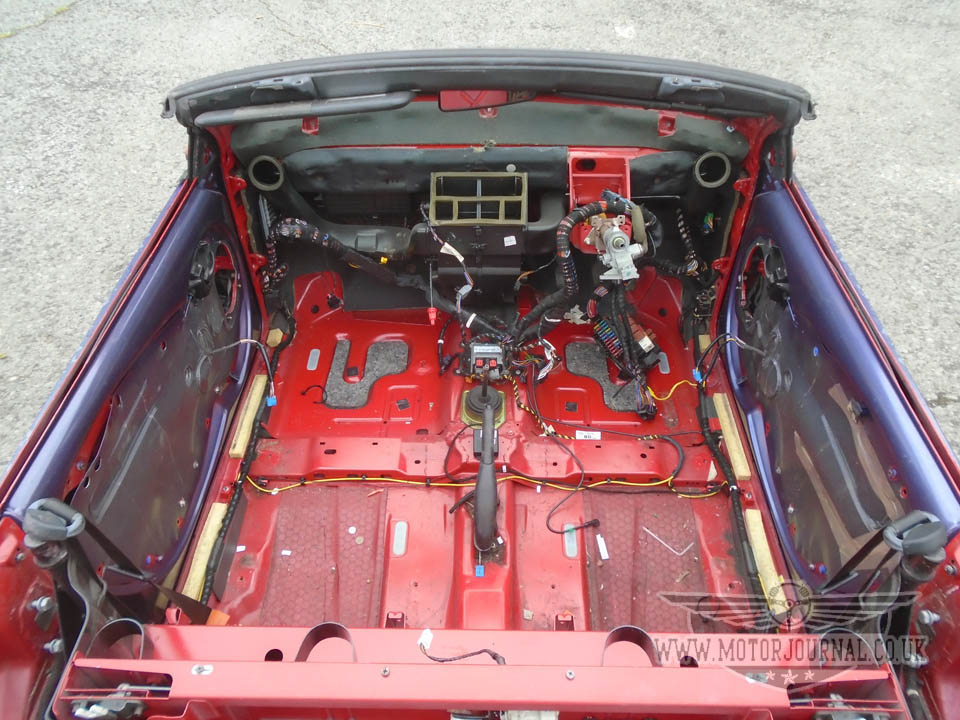 The interior, like most of the exterior is missing. 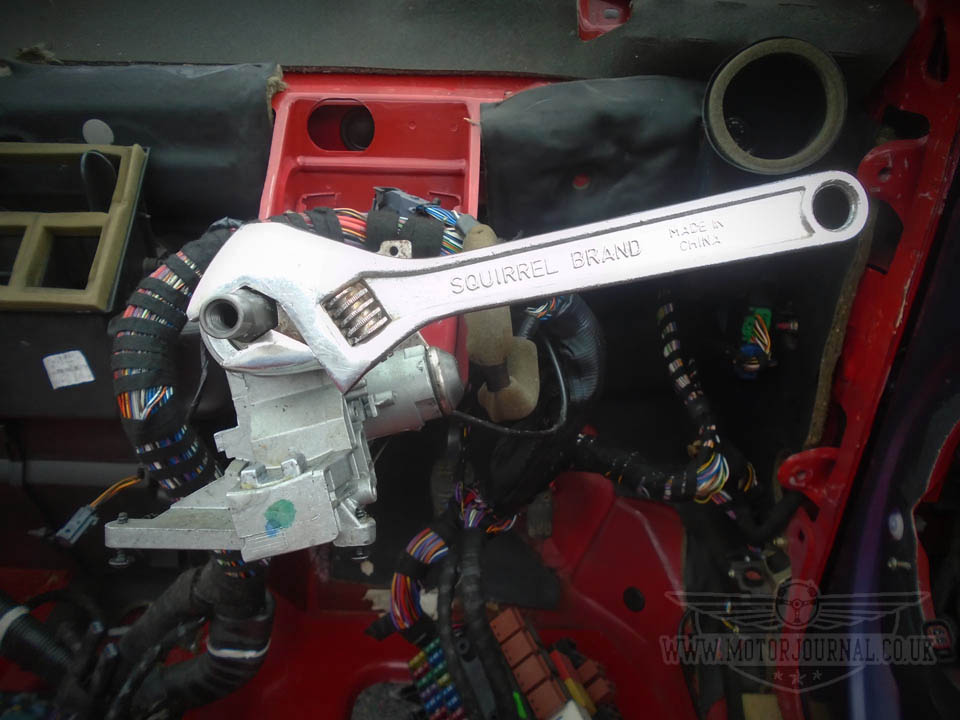 And the steering chores for the time being will be handled by this Squirrel brand adjustable spanner. 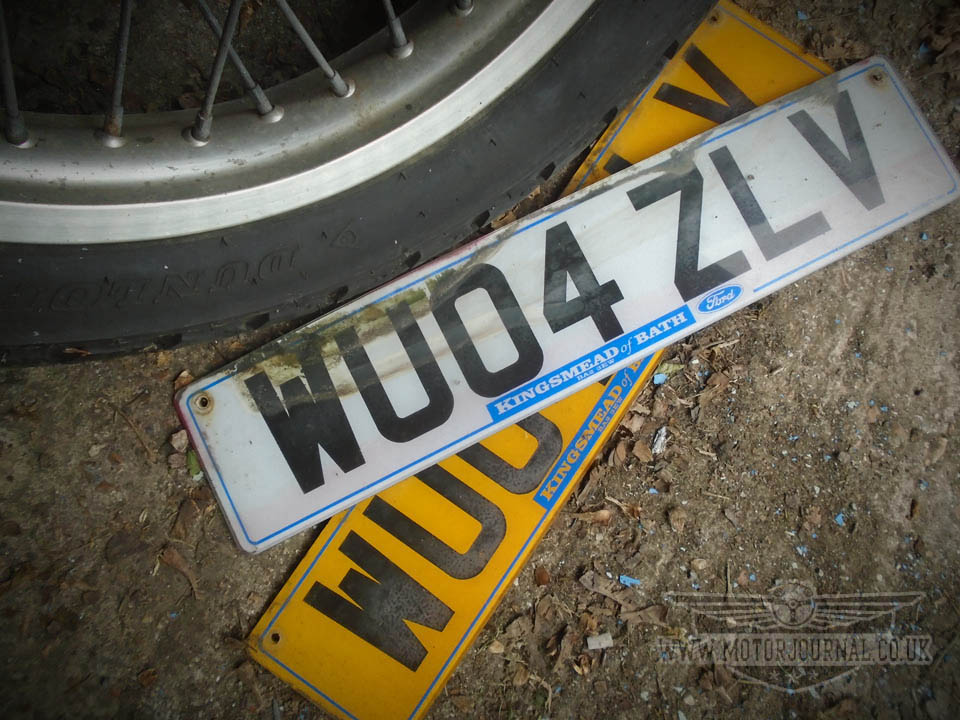 So what are my plans from here? Well, now that I've had a chance to sit down, think about it, have a cup of tea with a Digestive or five, and have a good cry to myself I guess I'm going to have a go at getting it back on the road before the end of Summer which according to t'internet ends on Wednesday, Sep 22 at 20:21hrs BST to be precise. This gives me about 68 days from now (16 July), so I guess I'd better get cracking!