It seems to me that the only time I bring this car up is when I want to talk about it neglect. For a so called daily driver it sure doesn't seem to see too much time being driven. Part of the problem is that I work from home, and so don't need to go out and drive, and part of the problem is that I live in the middle of a town, and so should the need arise to go into town I walk... Or take my bike (have you seen my other blog?). But this year has been worse than others due to the whole Covid thing, because of this, and the lack of a need to drive anywhere my little pony just sat outside the house. The MOT ran out, and it sat there even longer. I did miss it, and to be honest I may have had the odd sneaky ride around the estate after the curfew at 02:00hrs a couple of times a month, but thats not like taking it for a drive. 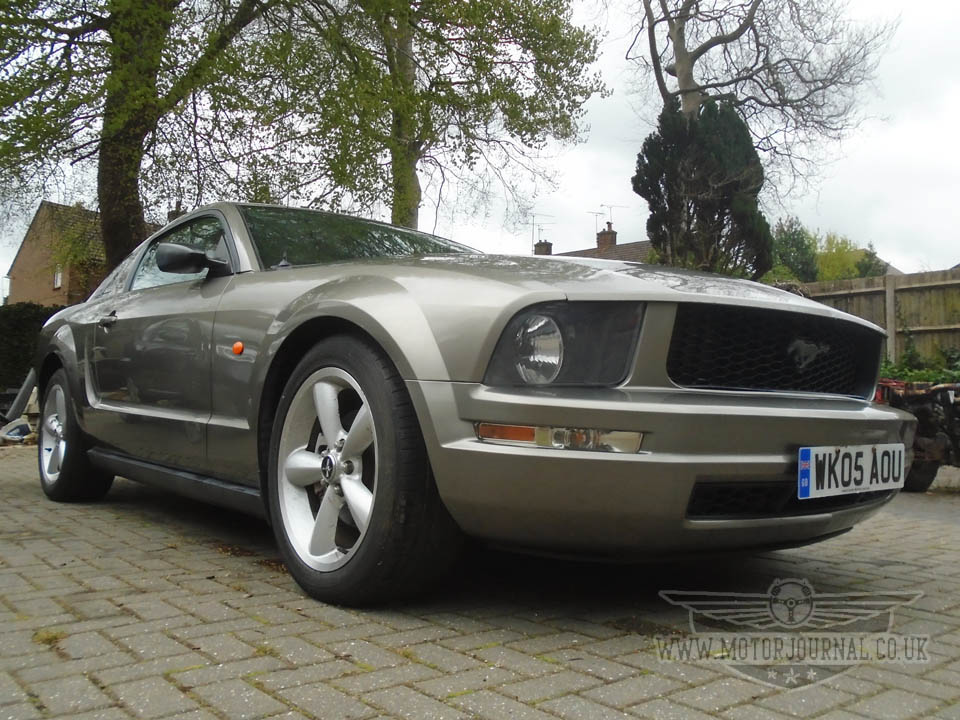 I've been lucky enough to have had the pleasure of driving about in another fairly similarly sized coupé just lately, and you might have thought that that would fill the void that not driving the Mustang leaves, but it doesn't. If anything it made me want to drive the Mustang more, so back in April I decided that it was high time I had the Mustang MOT'd and back on the road. I went out to it to make sure everything was OK, but it wasn't. For some reason the wipers didn't want to work, flicking the switch drew a current, but the wipers didn't wipe. Like a great deal of people (I guess) my solution was to turn the wipers on, and then jiggle the wiper arms about using more and more force until either (A) they started to work, or (B) I had the wiper arms in my hands and no longer on the car! As luck would have it I got option (A) they started to work. Although it has to be said that they weren't working well, they were slow, jerky, and made an awful grinding noise like the wiper motor was full of gravel! This was however quite short lived as they stopped working altogether pretty quickly, and then the smoke managed to escape from the wiper motor, and that was that!

I figured that I could probably take it all out, clean it all up, lubricate everything, and put it together again, but the more I thought about it, the more I thought I'd probably be better off getting a new motor, and fitting that instead. I called my friendly MOT man to tell him I'd have to postpone the MOT on the Mustang as the wipers didn't work. Then jumped on t'internet to order up a new motor. 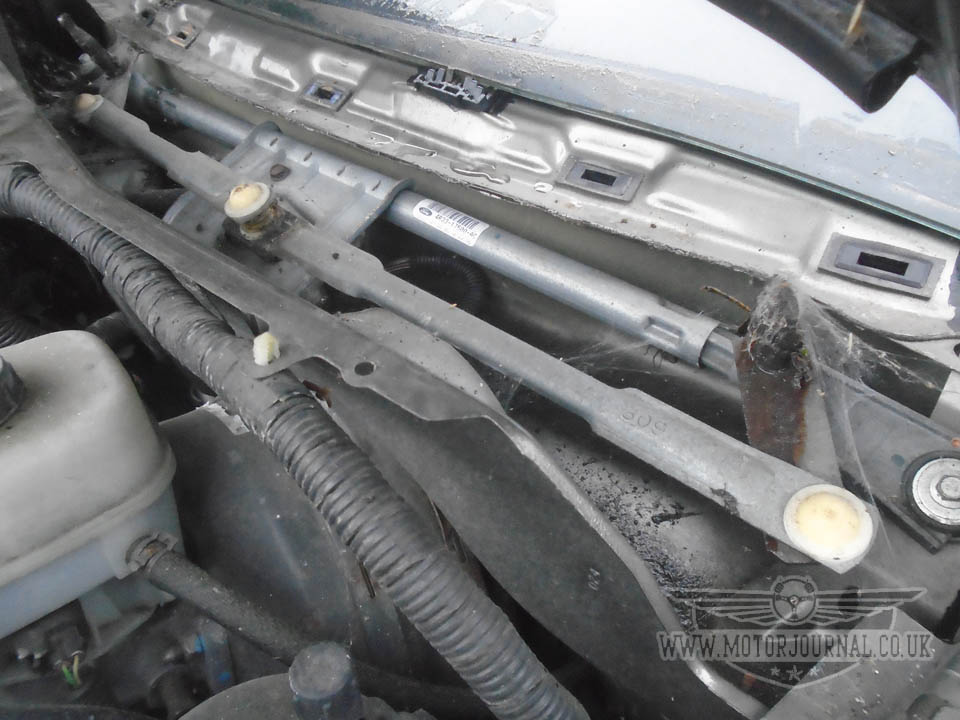 A week later, and £80 lighter in the wallet my new wiper motor, complete with a new mechanism arrived at BelongaClint. I was all ready to fit it, but with my eldest Daughter not at school I thought that maybe she should fit it. Now, before I go on, this is a girl who claims to have no mechanical ability whatsoever, and also claims that she can not follow instructions. Never the less we wandered out to the Mustang with the new parts and a fist full of tools. I stood there and told her what to do and pointed to where she needed to be doing it while she followed my instructions. Fifteen minutes later the old motor and mechanism was ready to be removed. This is where I stepped in, she could've done it herself, but there was a spider! So, wiper and mechanism whipped out, and spidey evicted, and my 16 year old Daughter was back in the game. Another fifteen minutes or so, and she was closing the bonnet on my Mustang now with fully operational wipers! Another call to my MOT man, and my MOT was booked. I couldn't wait!

A week or so later I was sitting at the MOT station with everything crossed, and as luck would have it the Mustang got a clean bill of health for another year! I was feeling pretty chuffed with myself as I left the MOT station, but that was when my luck ran out. I put it into first, pulled away all good, into second... No Clutch! What the heck? I pumped the clutch but there was nothing there. I got out to look under the car, and there underneath the gearbox was a rather nice puddle of clutch fluid! Damn! I drove home trying the match the gear speed with the engine speed, and once back at BelongaClint I set about ordering a new clutch slave cylinder and clutch kit from America. A week later, and my wallet £235 lighter I was on my way to my friendly mechanics workshop with a new lightened flywheel, clutch and clutch cylinder for him to fit. The following day with my wallet lightened more than my new flywheel I was finally off out for a drive! 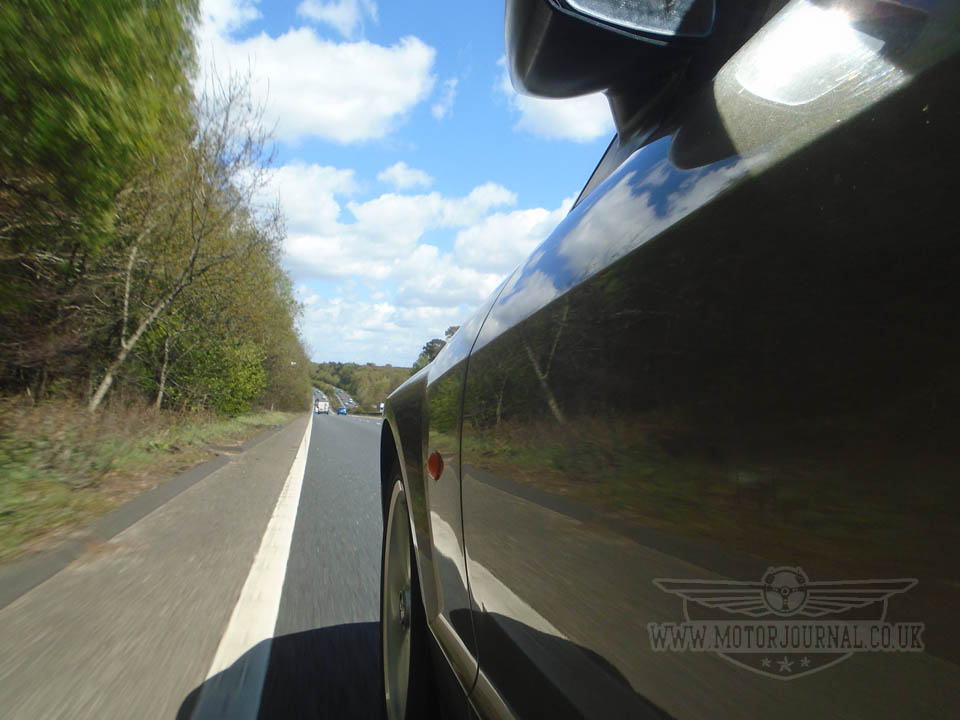 It really does feel like forever since I've been able to drive this thing, and to be honest I've missed it quite a lot despite having other big coupés to drive. I decided that I would go for a long drive for a couple of hours just to help break the clutch in, and to get me back into the habit of driving a Mustang, and sitting on the wrong side of the car. 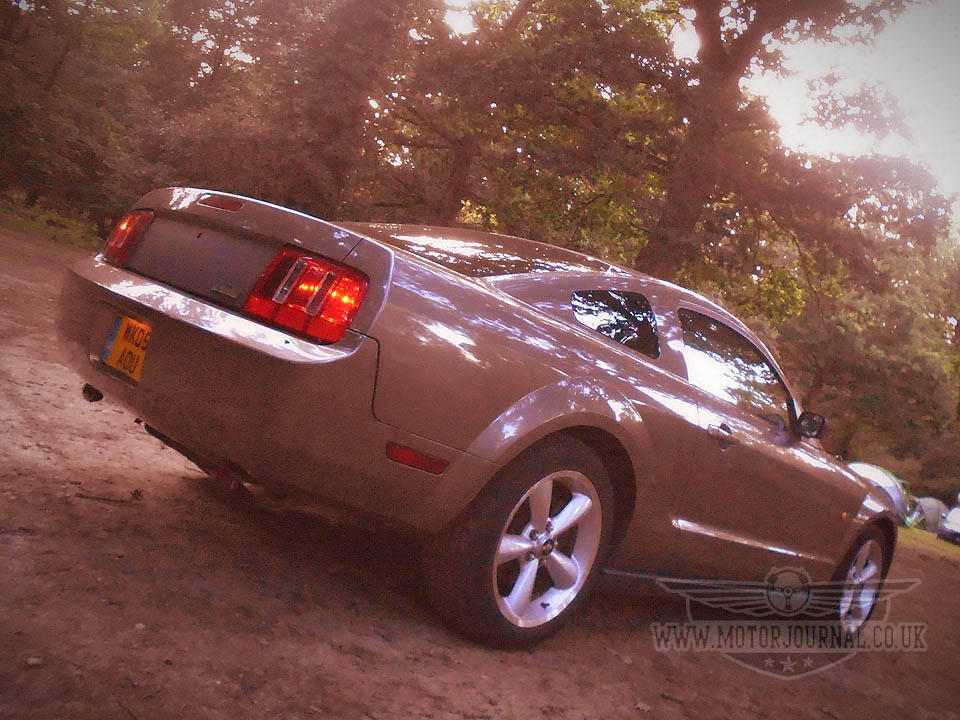 It was a pretty nice evening to be out cruising, and as I drove through the New Forest there was all manner of classic car owners out enjoying their cars, but I'm not sure that any of them where enjoying their cars as much as I was. I'll admit that it's far from the best car in the world, or even the best in my current fleet, but it is one of the ones that I doubt I'll ever sell. For me it just fits me like a glove, I love how it looks, I love how it drives, and I love how cheap it is to maintain. Since buying this thing when my 16 year old was born because I was told to get a sensible family car I have been amazed at how cheap parts for it are, even when you include the air freight and tax. I'm often amazed when I've bought similar things for Mrs Clints Focus like for example the clutch kit which was less than half the price for my Mustang. In the sixteen years since I've had this Mustang it really has made me wonder why we get so ripped off for car parts here in the UK. How can the parts be so much cheaper in America, especially when you add on the shipping and the tax? 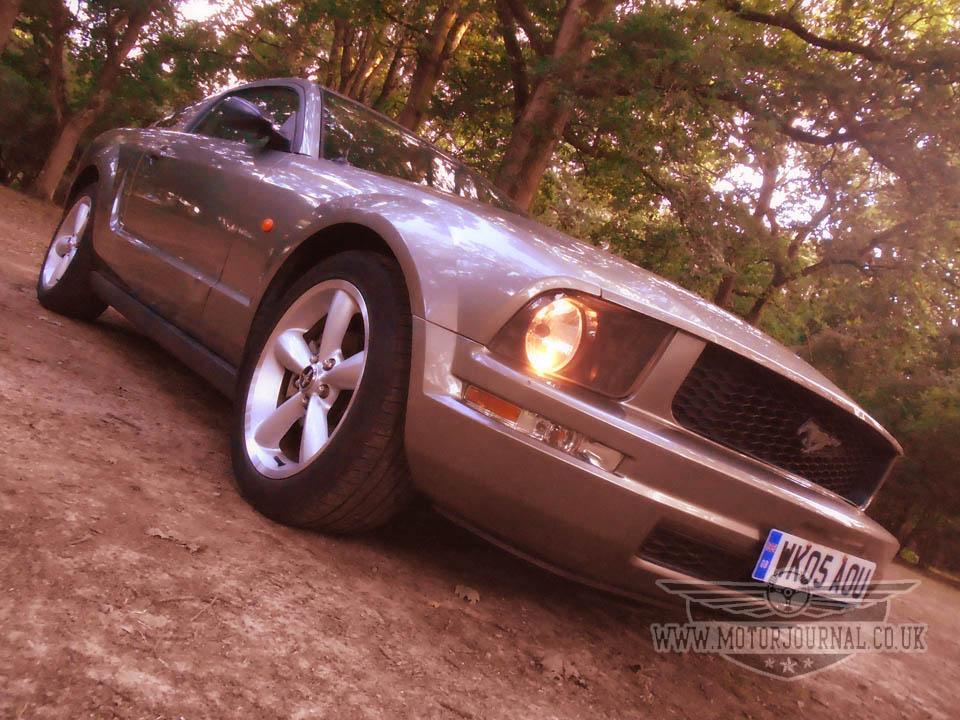 Anyway, I'm not sure ranting about it will do any good, but it does make me wonder. But since finally getting it MOT'd and the clutch fixed I have been out in  my little pony pretty much every night, I'm not sure I need to be breaking the clutch in, but I've just wanted to get out there and drive it again. My Mustang Mojo has been re-juvinated, so much so that I'm even contemplating selling the other lovely coupé that I've been enjoying recently... But I might have to just give that a little more thought yet. Can you have too many coupés?