Well in my little household the weekend means one thing... Shopping. I'm so flippin' Rock 'n' Roll it hurts sometimes. To be fair I had been thinking about going out on my bike, but the weather was so damn bleak I was almost glad to just get out there and drive somewhere... Anywhere. So we all jumped into the Carlton and headed off to ASDA. 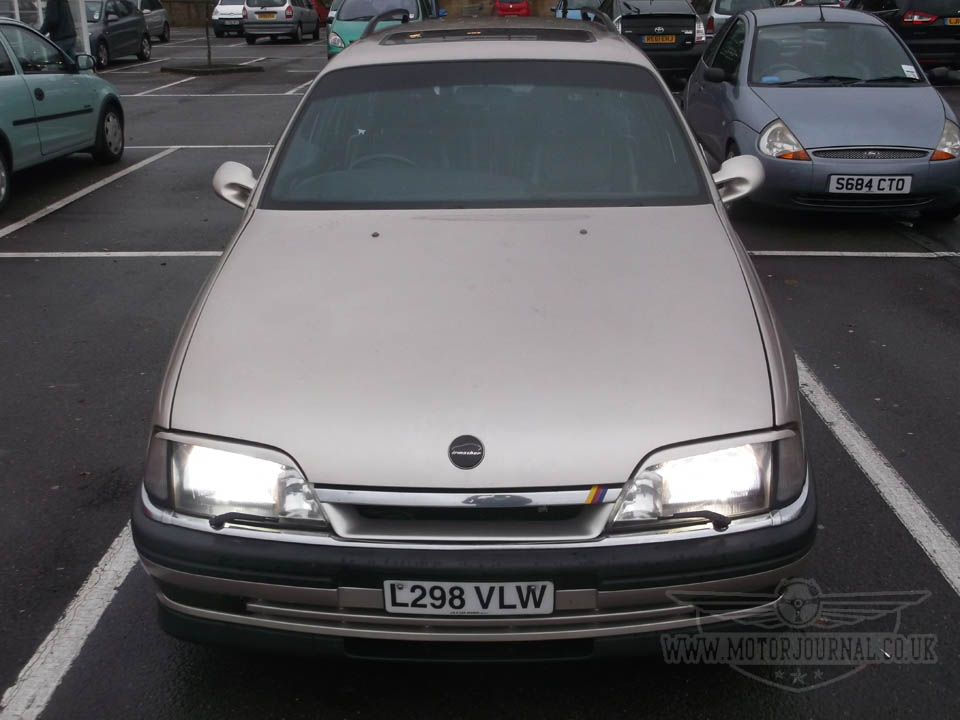 It was lovely out there on the road, the rain, the spray, the idiots driving like it was a bone dry road, and they had sticky racing tyres on... The drive to ASDA was fun.
When I go shopping I like to park my car as far away from the other cars as possible so as to avoid it being hit by careless motorists banging their doors against mine when they exit, or enter their cars. I pulled up quite some distance from the entrance and Mrs Clint looked at me and just said "You are joking?" I said what? She replied with "Do you think I want to walk all that distance to the door in the pouring rain?" I said that to be fair, she could probably benefit from the walk! I knew it was wrong as it was spilling out of my mouth, but it was too late, my mouth had said it before my brain could stop me. Mrs Clint glared at me, "I think you'd better find a closer spot quickly!" she said. Not wanting to be recorded as a missing person only to be found years later under the patio I decided that I needed to park nearer the store entrance, and quickly moved the car. When we returned thankfully there were no new parking dents, and so as it had been decided that I would buy dinner, we headed off to track down something to eat.
By the time we got home it was pretty late, and as I turned off the motorway to go home I noticed the indicator was ticking a bit too fast. That's a bummer I thought, I'll have to get a bulb for that... If only! The following morning, I wandered bleary eyed out to the car... 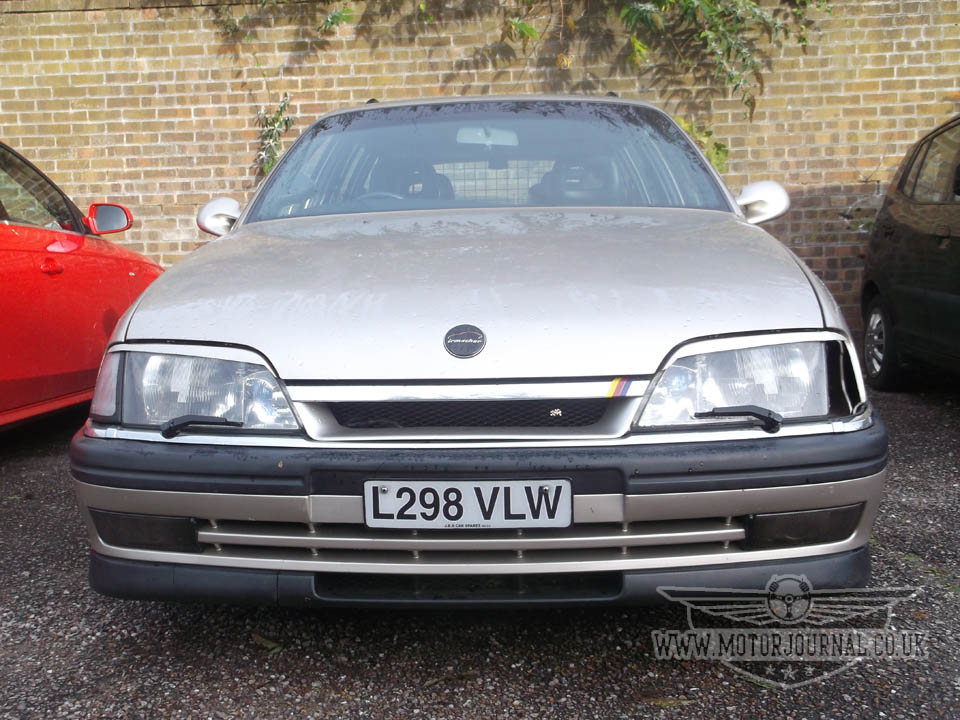 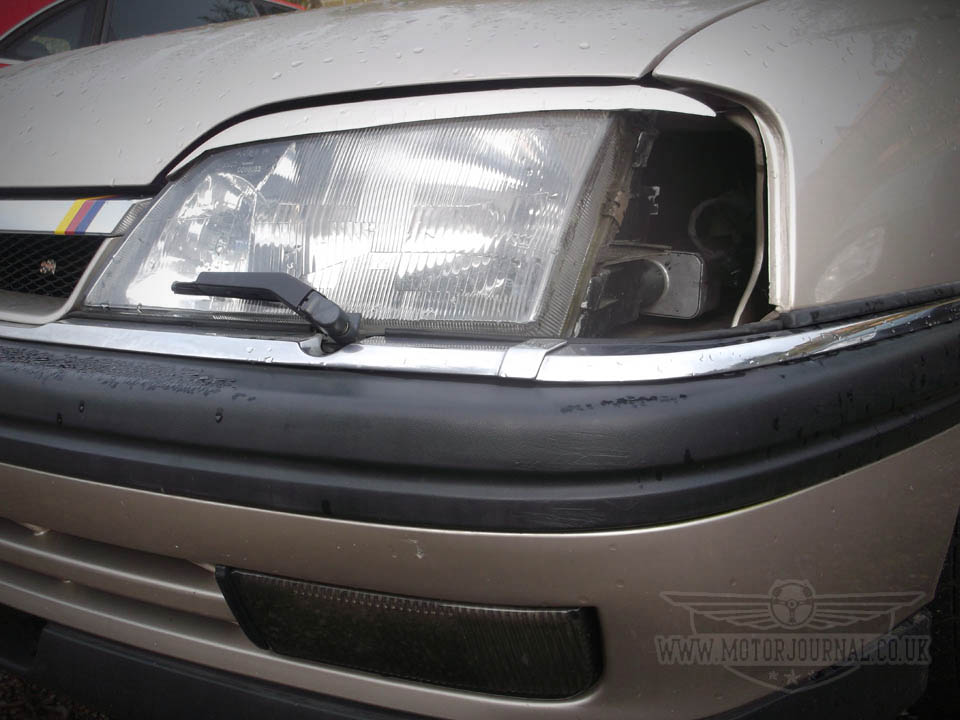 If I was Christopher Robin I would've probably said something like "Oh Pooh", however as I am not Christopher Robin, I said something that pretty much had the same sentiment, but was expressed in a completely different manner! I thought to myself there's only one thing for it, I'd better go and see if I can find it again. Seriously, as I started driving back down the motorway re-tracing my footsteps so to speak I thought to myself, this is an idiotic move even by my standards. What are the chances of finding it? My feeling was that I'd probably run it over myself and crushed it into oblivion so what is the point of even going to look for it? Even if I do happen to see it, it'll probably be on the motorway, and if by some miracle it hasn't been crushed by me or anyone else, how on Earth can I retrieve it? Never mind, I'm halfway down the M3 now, carry on! I turned off the motorway and onto the smaller roads that lead me back to the ASDA, and I'm still thinking to myself, this is pointless, there's no way I'll never find it, it's on the motorway somewhere for sure, and it'll be... Wait a minute, what's that over there? That looks a bit like a front indicator to me... Is it? 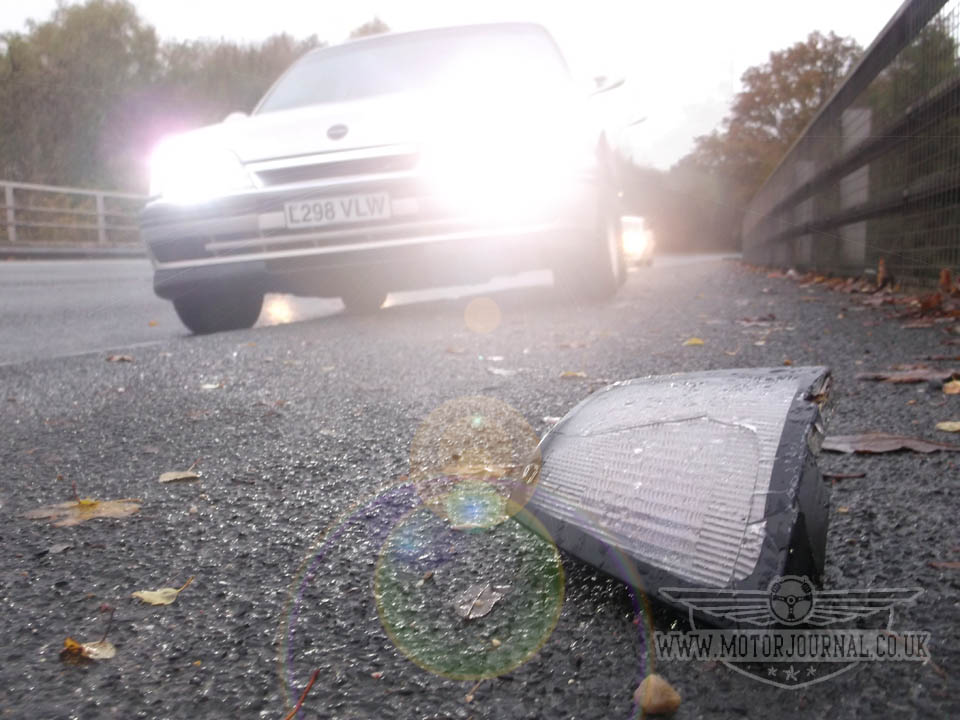 Son of a gun, YES IT IS!! However, after bouncing from the car at about 60mph its safe to say that it was pretty müllered! 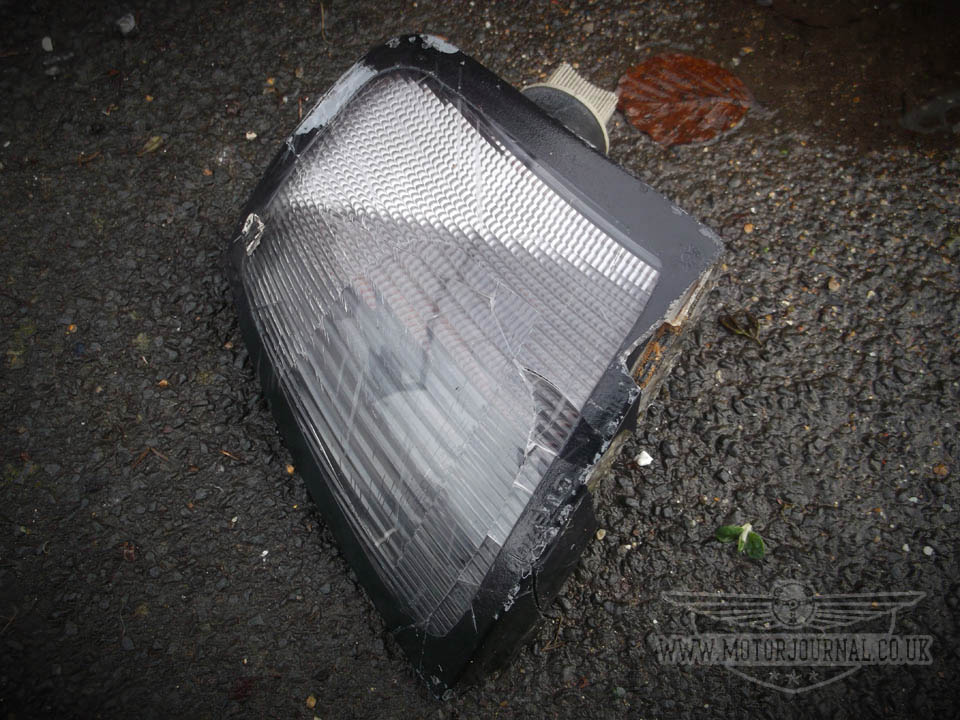 But that being said pretty müllered is still a heck of a lot better than not having it at all, and just having the hole in the front of the car where the indicator should be, and so I picked it up, and headed off back to BelongaClint where I had some glass tape that I hoped would make a good repair. 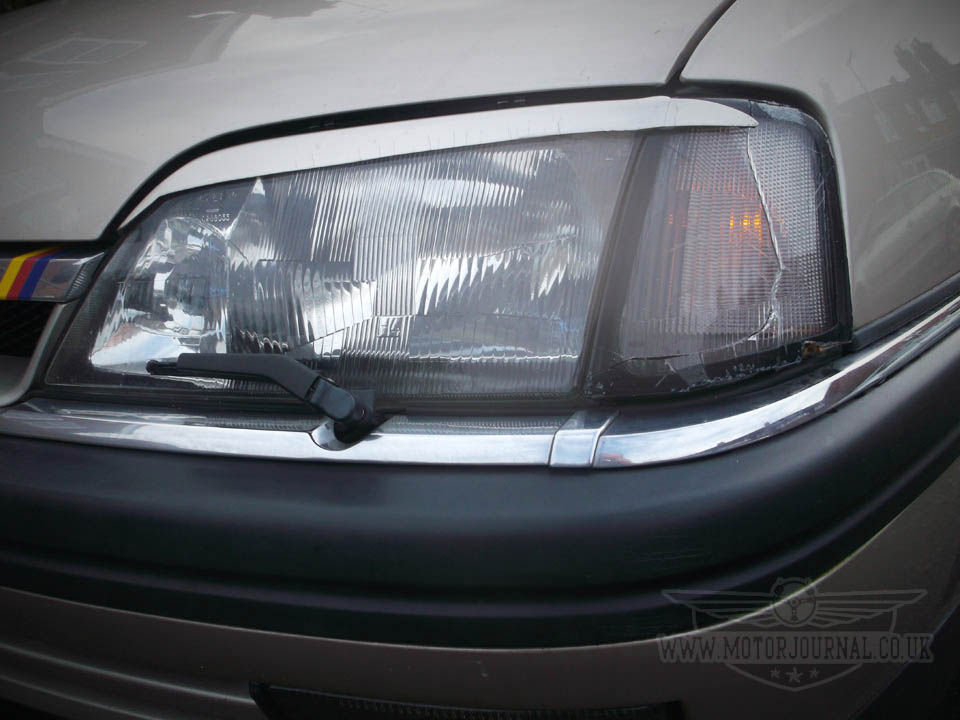 Seemless! With the glass tape carefully applied I popped it back into it's hole. It even still works, although I'll admit that it is a bit of a bodge, and it doesn't look quite as pretty as it used to though in my eyes! But it's better than nothing, and from ten yards away you hardly notice it at all, especially if you're looking at the car from the back! To be honest I'm just amazed that I actually found it at all, never mind that it was still in good enough shape to be bodged together with tape and put back in!