August 06, 2020
Still wondering who exactly had the Golf when it drove away, I figured that I would move on from the dullest car of the year so far, and introduce car number 8, the August car, a 1996 Toyota Rav4 with a 2.0 litre Petrol engine under the bonnet, and just 131606 miles showing on the odometer. 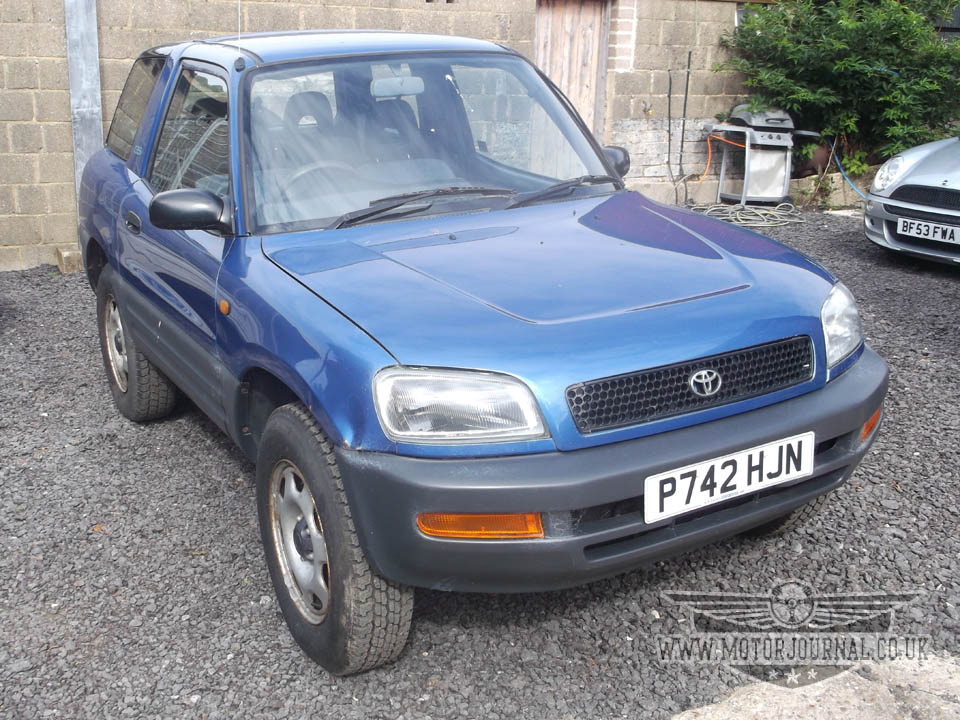 Well, I don't know what to tell you about this one, except that a year or so ago I was offered one for peanuts and foolishly I turned it down. Ever since then whenever I saw one I thought to myself, damn, I should've had that car, and so finally here we are, with a Rav4, and better than that, after the Golf I am happy to say that I am quite enjoying it! Yes, really! So, first impressions. Well it's pretty crude compared to some of the cars I've had this year, and to be fair the Golf that I've just finished with was a far more refined vehicle, but that's the strange thing, it's very unrefined, and pretty crude, but somehow this is better, more enjoyable to drive. I like that when you're driving on anything but a smooth road you're getting bounced around like your on a space hopper, it's all part of the fun, and this is a fun little car. I like it's oddball, and somewhat quirky looks. I initially thought about going after a Suzuki X-90, but looking at them I find myself wondering just what was on the windows that car designer was licking when he penned those little beauties? I mean that styling of them is a little bit crazy, it's clearly a comedy car! I'd love one, but I decided not to go for this as it only has two seats, and my two little Monsters get a bit pee'd off when we can't all go out together. But needless to say I've added one of these to the ever growing list of "cars to own someday". So with the X-90 ruled out for now, the nearest thing to them I could find styling wise with four seats, is the first generation Rav4. Plus, I've been a fan of the old Toyota Land Cruiser, early Toyota 4Runner for some time (They're also on the previously mentioned list!) They're both very cool in my eyes, but the LandCruiser is ridiculously getting expensive to find, and the 4Runner, well, I just can't find one... I'd also specifically like a yellow one! As I couldn't find either of these cheaply enough for me to afford, I figured that the best thing to do, was get the Rav4. I feel that it is pretty much the spiritual succsessor to the original LandCruiser as it's very basic, and quite small so I hoped it would give me a similar experience without shelling out anywhere near as much money.
As I picked it up from the middle of nowhere, I asked the seller how far the nearest petrol station was. He reckoned it was ten or twelve miles away!! When I got into the car, and pulled away my instruments looked like this. How much petrol?! It would be nice if the needle made it onto the gauge! Well that's just brilliant, if you're selling a car I always think it's nice to leave some petrol in it, atleast enough to get to the nearest petrol station! I said to my Brother, don't leave me, which was met with, GOODBYE! as he hoofed it off down the road leaving me in a cloud of company car tyre smoke! To be fair he didn't go far, and waited for me along the road a bit (he's got an aircooled VW, and an old Porsche 944 he knows a thing or two about breaking down!) Fifteen miles later, I coasted into this petrol station it must've been running on fumes, but I got there! 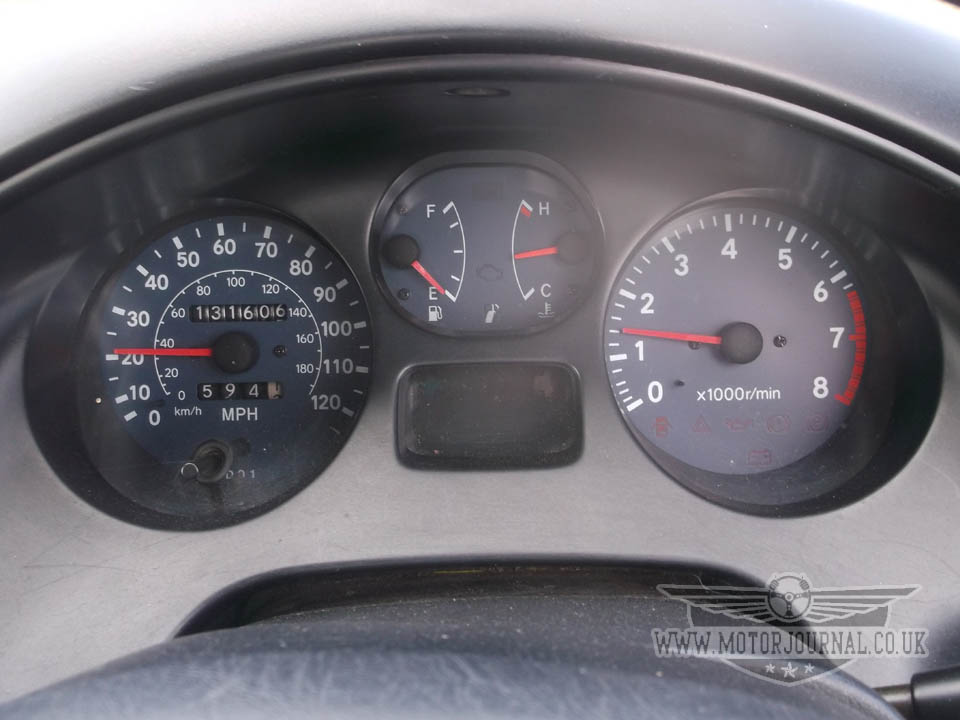 Moving on, is it time for the obligatory first fill shot. To be honest I think I did pretty well to get this photo. 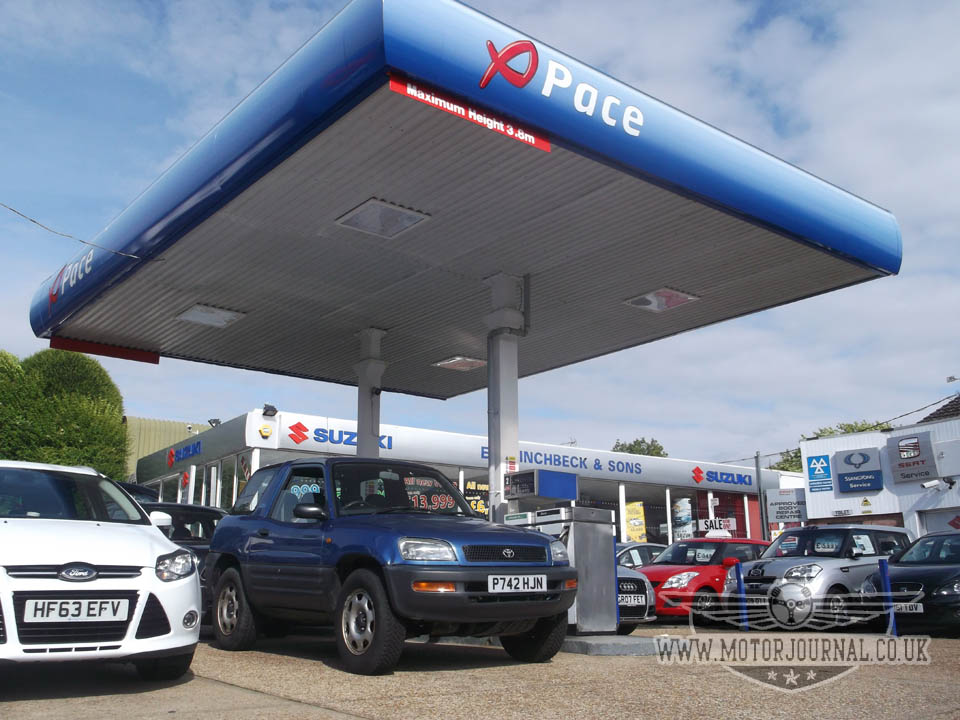 So what else? Well, it only cost me £500, and it's got a fairly long MOT, and as I've been blasting about in it I think that it actually drives pretty nicely. Yes, I'll admit that it does bounce about quite a bit, but it feels like you're driving an old Toyota HiLux. When you're inside driving it, it feels rugged, tough, and manly GRRRR!! Of course, then you catch your reflection in a shop window, and all thoughts of you looking rugged and manly are evaporated by its pretty feminine looks! Still, its fair to say that I've had girlier cars this year. 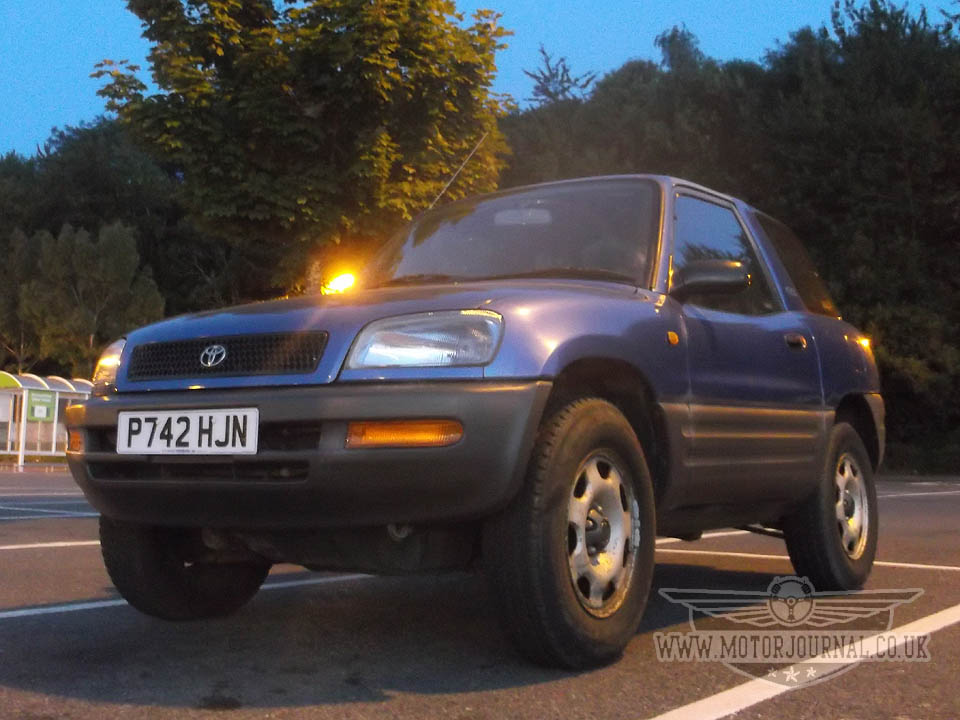 To look at it there's not much I don't like about it, I like it's shortness, I like it's height, I like the wierd side mouldings which arn't colour-coded, and the odd belt line. I even prefer the steel wheels to the alloys that some of the other models have. I like the fact that this is poverty spec motoring, although it does have electric windows, but they look like a cheap aftermarked add on, rather than something that came from the factory. Being the short wheelbase two-door model though it does mean that space in the boot is compromised, as the floorspace in the boot is about 3" x 1" and I think I'm being generous with those measurements!! Not the biggest, but we've managed to get the shopping in aswell as the kids when we've been shopping lately, so all is good. 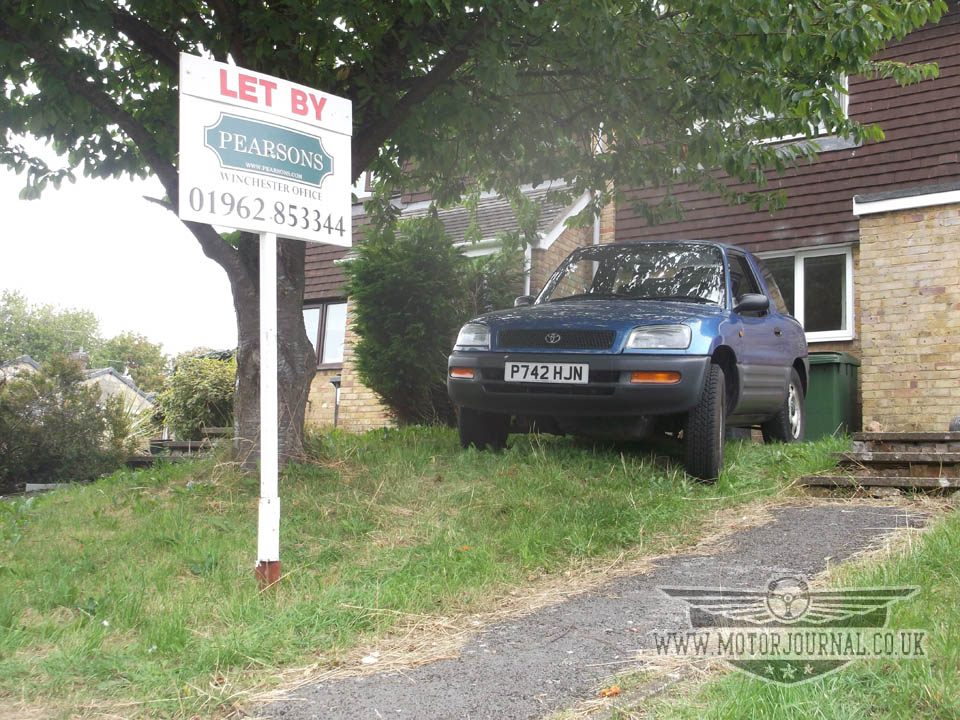 I've even tried a bit of off-roading in it, here's it is clearly parked nowhere near the road, and I'm happy to report that it managed to climb up the kerb, and back down without any trouble at all. All joking aside I actually have tried a bit of off-roading in it, and it's pretty good, and coped admirally with it. Even in fairly deep sticky mud it's been ok, and I've not been stuck... YET! I like that it's equipped with town and country tyres, and having a wheel literally on each corner without any overhangs has meant that I've been able to drive into, and out of some fairly big ditches, and up and down some fairly steep inclines. I've actually been quite suprised by this little toy off-roader. 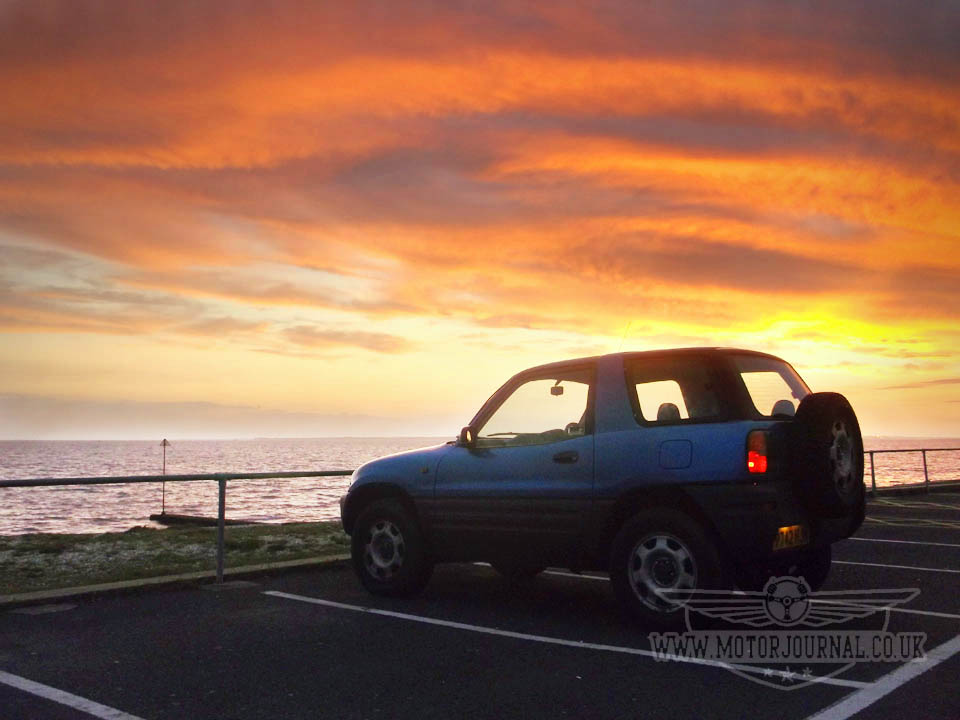 But of course as good as it is, and as much as I'm enjoying it, it's not perfect, because frankly the headlights are RUBBISH! Driving home along the country lanes I might aswell have a couple of candles burning away behind the light lenses. However I have noticed that the slightly newer first generation Rav4 has a different headlight which would appear to incorperate a set of driving lights. So perhaps I'm not the first person to think the headlights could do with some improvement. But headlights aside, all in all I'd say that so far I'm pretty happy with this cheap little 4x4.