July 06, 2020
With the Citroën AX dispatched to a banger rally in Barcelona it was time to start thinking about car number seven, the July car. A 2001 Volkswagen Golf Cabriolet, with a 2.0 litre petrol engine under the bonnet, and 79366 miles on the odometer. 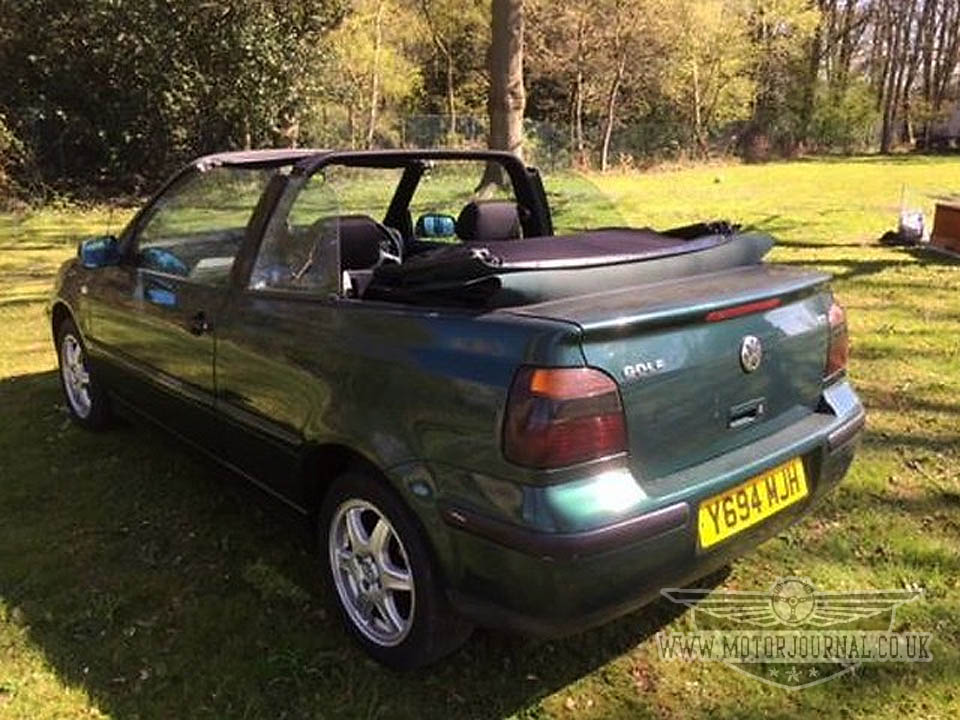 Now then, it's far to say that as far as the Volkswagen Golf goes, well, I just don't get it, I don't see the appeal, I don't see why everyone wants one. One of my friends is a Golfer, and he owns a Golf GTi in every generation since the start of the Golf production up until about the fifth generation, he will undoubtedly get the rest of the set as and when they become cheap enough for him to get one. I asked him why he's so keen on them, and his response is that it's because they're great! Well for me, I don't think they're all that, infact I think they're kinda bland! I was in my local newsagents today, a man with possibly the widest variety of magazines in the world and I was just browsing the car section, which incidentally he puts up high on the shelf below the MASSIVE shelf of porn, so that even though you're looking at car magazines, you still look like some kind of deviant with no internet access trying to get your fix of pornography!
But back to the plot, I was looking at the car section and I was suddenly aware of just how many of the car magazines had a VW Golf on the front cover. So clearly they're are very popular, but why, and as they're so popular, how do you make your Golf stand out from the crowd?

I was watching, the other day that 'For The Love Of Cars' with that buffoon Philip Glenister, and Ant Anstead. It was the Hot Hatch episode and in it they did up a Golf, and to be honest the story behind getting it all back up to roadworthy status was a lovely story and ended well. But as I sat there watching it two thoughts kept popping into my head, the first one was that I'll bet Ant Anstead wishes that Philip Glenister would shut the heck up, and just let him get on with it. The second one was, what's so special about the Golf? I mean there were loads of hot hatches at the time, most car manufacturers had some sort of hot hatch in their line up, so why is the Golf singled out?

Now, to be fair I have never owned a Golf, and I am quite ignorant about Golfs. I did once nearly buy a Mk1 Golf cabriolet (I think) at one time, but at the last minute I bought a very nice Karmann Beetle cabriolet instead. But, as you know, despite being the predecessor of the Golf, a Beetle is not a Golf.
However, at the time I didn't get the Beetle thing either, I couldn't see what all the fuss was about, but then I bought one, and I found that I thoroughly enjoyed my Beetle ownership even though I owned it through the winter, and drove it in all the conditions that the English winter climate could throw at it! Having now owned a Beetle I can see how they get under your skin, it was a great car, and I enjoyed it a lot, and I wondered if I ever did get around to buying a Golf would I would feel the same way about that as I did about the Beetle. So taking advise from Golf loving friends, and family members, plus having no real idea what car number seven should be I found myself thinking... 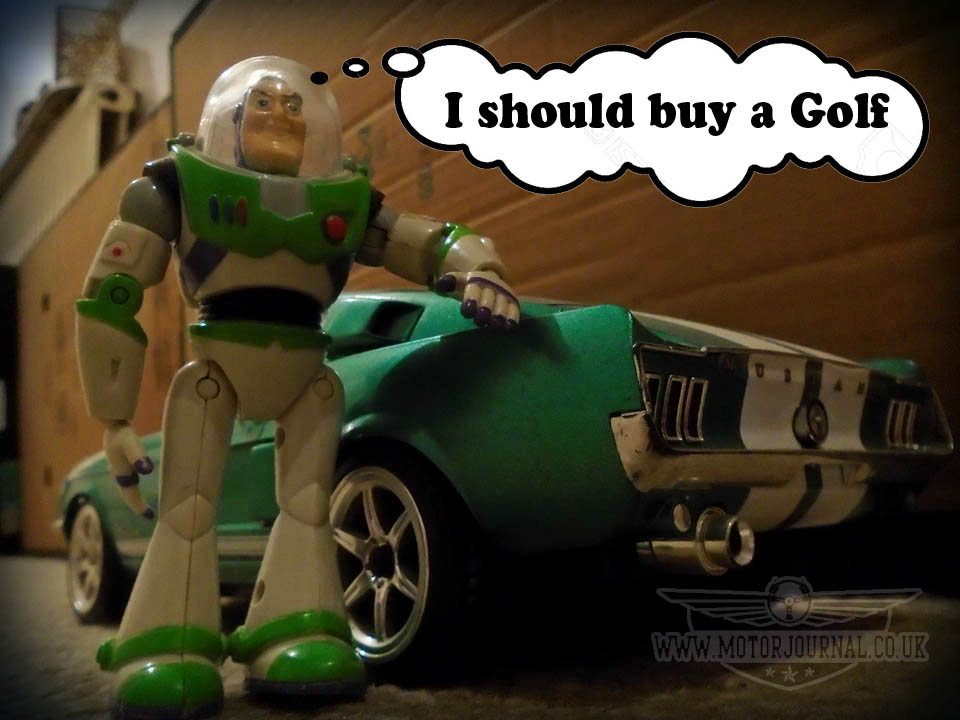 So I guess the only way to find out, is to dive into ownership. So, here I am... Just £955.00 later, a Golfer! Now, I'm not really sure how I should feel about this, I am open minded about Golfs, but as I said, I don't really get it. I decided that I wanted a Golf that was somewhere in the middle age wise, hence the 2001 model, I also decided that I didn't want a GTi as I doubt that would really reflect what life with the average Golf is like. I also thought that I wanted something in the middle of the range, again so I could see what the average Golf is like, so here it is, my Golf Cabriolet. And as I bought it from a dealer it obviously had no petrol in it whatsoever, so heres the famous first fill shot! 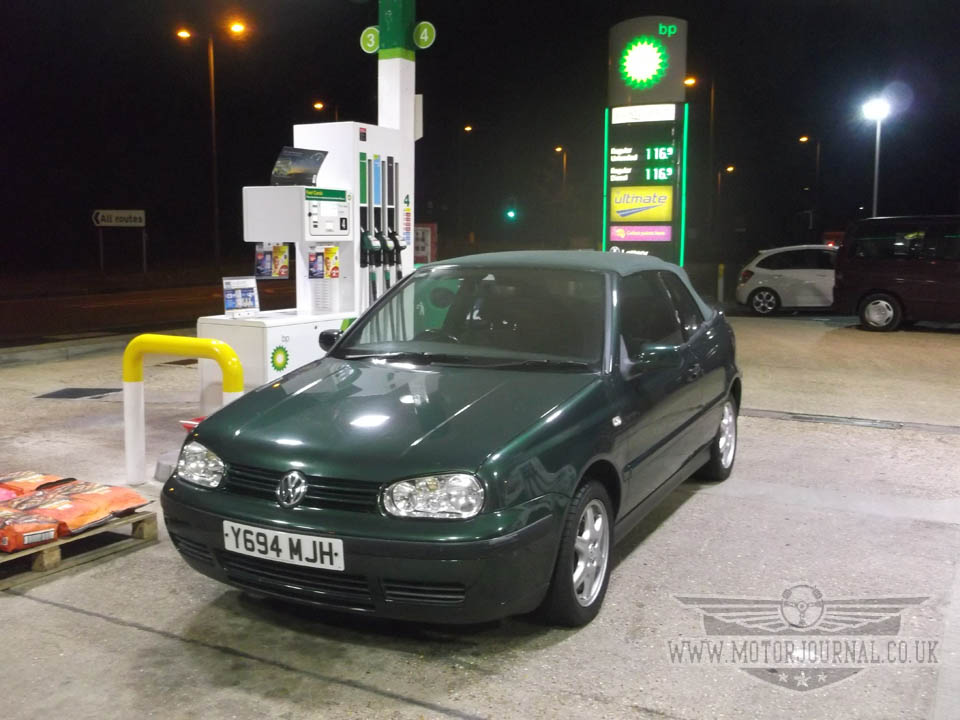 First impressions, erm, it's alright. The ride home was fairly average, it was nice a quiet, and I didn't even get any wind noise, or draughts from the convertible top, which surprised me a little. I quite like the blue lighting on the dash. 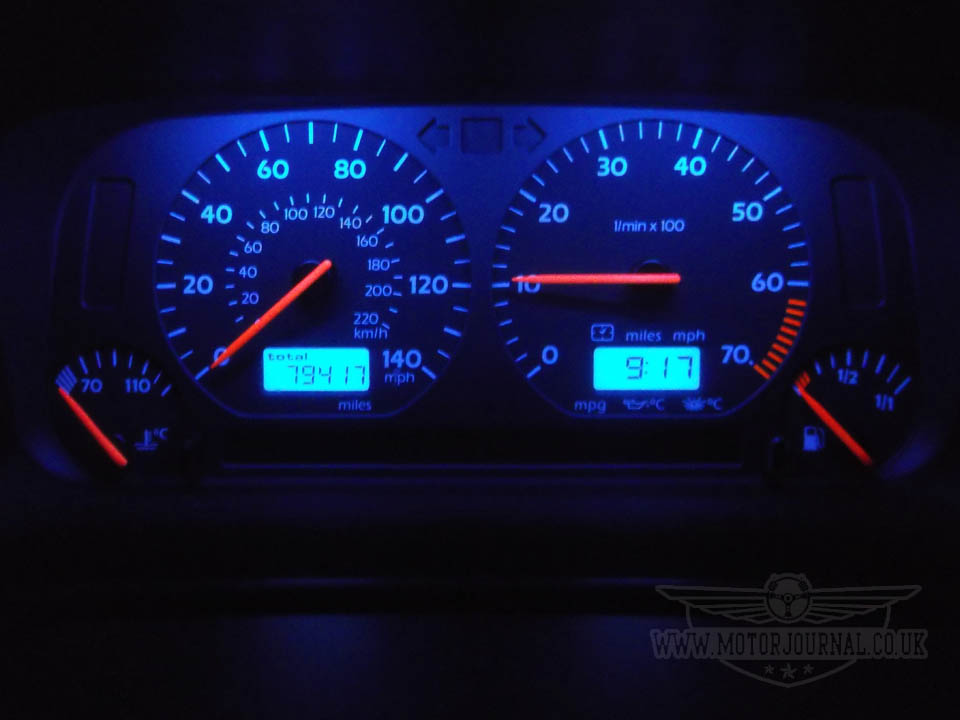 I thought for a 2001 car the tape player is pretty retro too. I'm gonna have to dig out my tapes now! 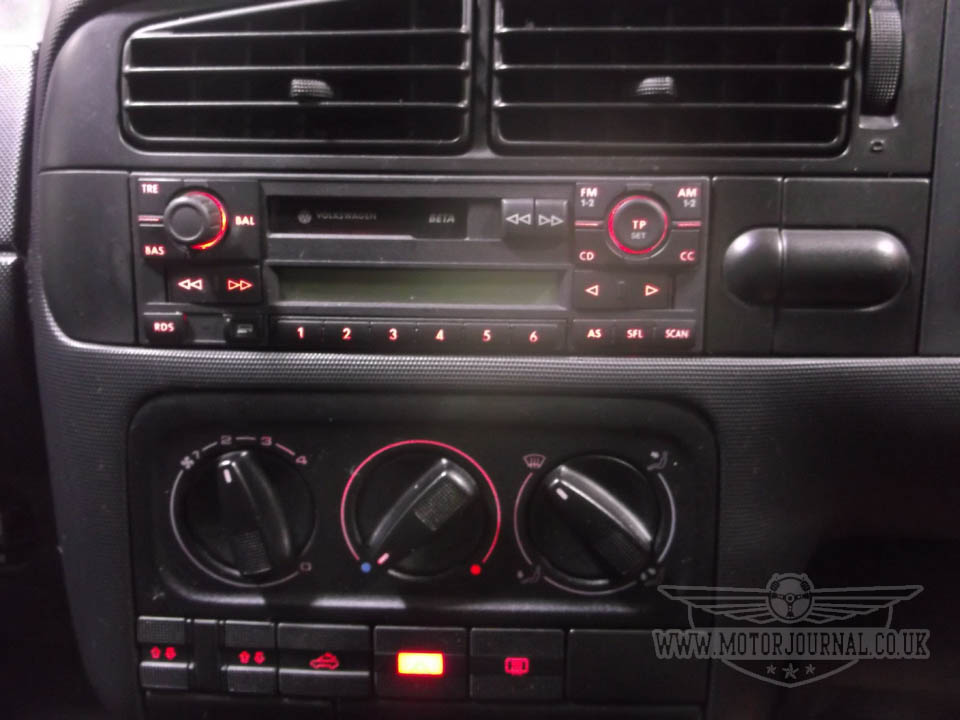 But apart from that I think that it's pretty unremarkable, it's nice enough, but nothing really special. The 2.0 litre engine whirrs qiuetly away under the bonnet, and has plenty of power to whip you along the road at a good old pace. The suspension is soft enough to be comfortable, but hard enough to feel taught. The seats are a bit of a let down to be honest as I find the side bolsters a little too narrow and hard, and I couldn't seem to be able to get the seat back in a position that is comfortable to me, but a couple of outings should sort that out.
In short, it's a nice little car... However, it does feel a bit soul-less. I realise that might sound ridiculous, but thats how it feels to me. It lacks character, but like I said, I have never owned a Golf, I have been in a few, and I have found them to be ok, but not particularly special. I do find myself wondering if a more interesting car to buy would've been a mk2 Fiat Punto? Still, there's plenty of year left to indulge in one of those!
But as for the Golf, well, it looks OK, it goes OK, it just feels a little averagely average, y'know, it's just OK, or atleast, this is currently how I feel about this one. But it's early days yet, and remember Golfs are cool (or so they tell me!) So I am looking forward to giving it a good look over in the sunshine tomorrow, and taking it for a run with the roof down, I realise that spending £955 on a convertible Golf at this point in the summer may well be too much come the time to sell it, so lets just hope the warm Summer weather can hold out for a month or so, and hopefully there will still be bidders waiting when my Golf returns to ebay!