June 10, 2020
With the extremely reluctant sale of the Street Ka it was time to move on to car number six, the June car, and by all accounts another girls car in the eyes of my car buddies, a 1992 Citroën AX. 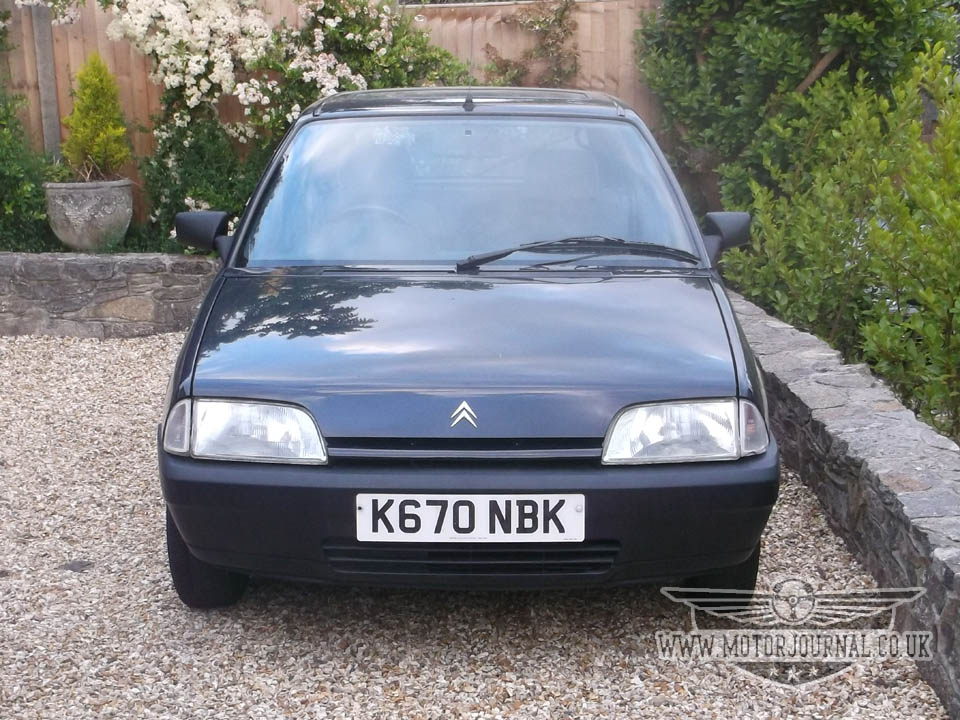 Now then, it's safe to say that this is nothing like the car I was looking for. What I had in mind was a Citroën XM, in either flavour, hatchback, or estate as I think that they are both equally beautiful, and interesting. I have fancied one for a long time, and to be honest I have promised myself one since they came out in 1989! Infact, in 1989 I was so enamoured with the idea of buying one that I bought a coffee table type book all about the Citroën XM, there it is look, actually on my coffee table... 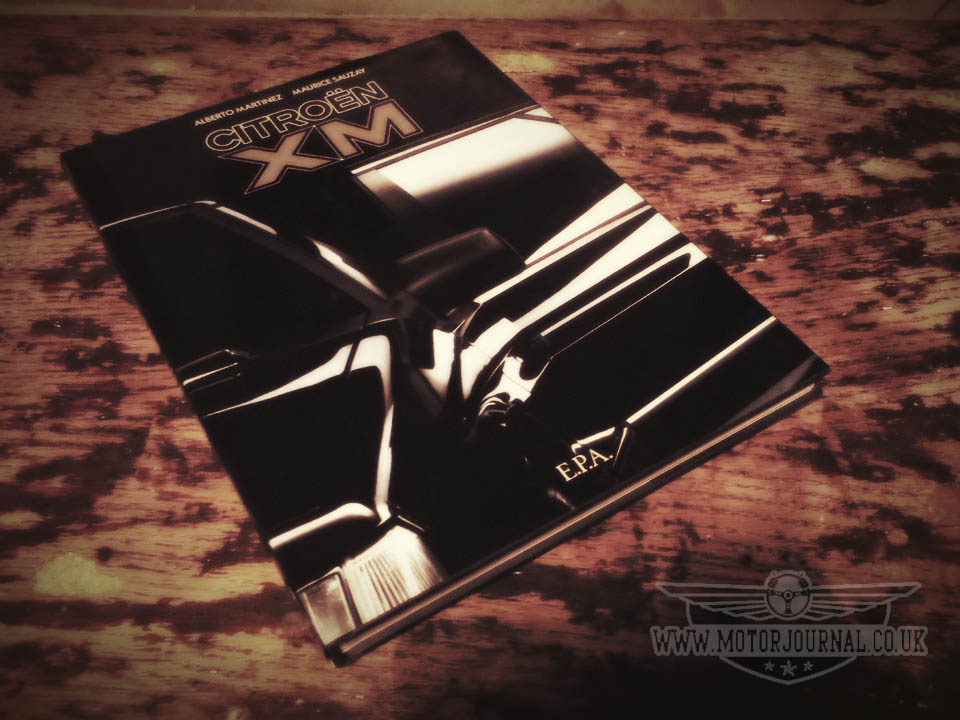 But sadly the beautiful XM still eludes me! (incidentally, if you happen to be the same type of anorak as me, and you're wondering what the ISBN is for the book so you can get yourself a copy for your bookshelf it is:- ISBN 2-85120-315-0)
So anyway, back to the plot, I hit fleabay looking for an XM, but as ever when I'm looking for something specific, there wasn't one to be found. However just 30 odd miles away there was a Citroën AX up for grabs, with very low mileage, and the guy wanted just £450 for it. As ever, I sat there procrastinating for a bit, but then I thought that I couldn't remember the last time I actually saw one on the road, and it's not gonna hurt to just go and have a look is it? Plus, I thought, 57,696 miles? That's nowhere for a car thats 27 years old. That only works out at about 2136 miles a year, no wonder it's in such good shape! Besides, at the time I still had the Street Ka, and so it gave me another chance to give it a bit of a run! Unfortuanately coming the brow of a hill, driving, shall we say in a spirited fashion there was a Policeman with a speed camera DAMMIT!! I'm still waiting for my ticket!! Moving on, I finally got to the AX and started giving it a good look over, and it's in good shape, there's no rust on it, and apart from a small dent, the bodywork is great. The interior is great too, as is the engine. So the next thing I know, I'm parting with my hard earned cash, and I am the proud owner of a Citroën AX echo with a 1.1 litre petrol engine under the bonnet, and 57,696 miles on the odometer.
First impressions, well, this isn't actually the first time I have been in an AX, about 20 odd years ago I had a girlfriend who drove an AX, and I remember feeling pretty un-impressed by it. Of course, at the time I was thundering about town in a pretty tidy mk1 XR4i, and I remember thinking that her little French car was somewhat crap! But, I was younger, and even more foolish than I am now back then, and POWER WAS KING!! Times have changed, I am now much older... I genuinely wish that I could say that I am wiser, but I'm really not. Infact I'm still exactly the same kind of idiot I was back then, except now I realise that some things I do hurt, and now it takes much longer to recover from them, so I tend not to do them! So now, looking at the AX with my older, but still no more mature eyes, the lack of power doesn't concern me, and find that I am drawn in my its rétro chic français. 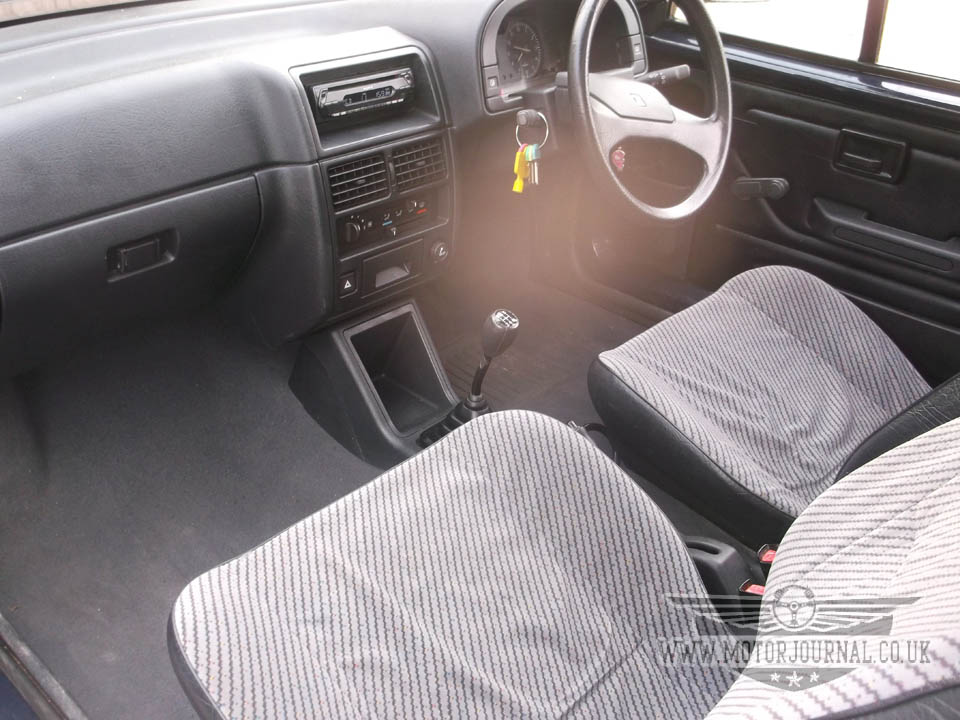 Climbing in I find the seats to be adequate, and surprisingly comfortable, it's late on a summers evening and there's not very much traffic so I've got plenty of time to look around the cockpit, and pretty soon I realise that I don't actually need too much time to take in all the cockpit has to offer, and as far as mod-cons go... I've got NOTHING!! I think this may well be peasant motoring at it's finest. 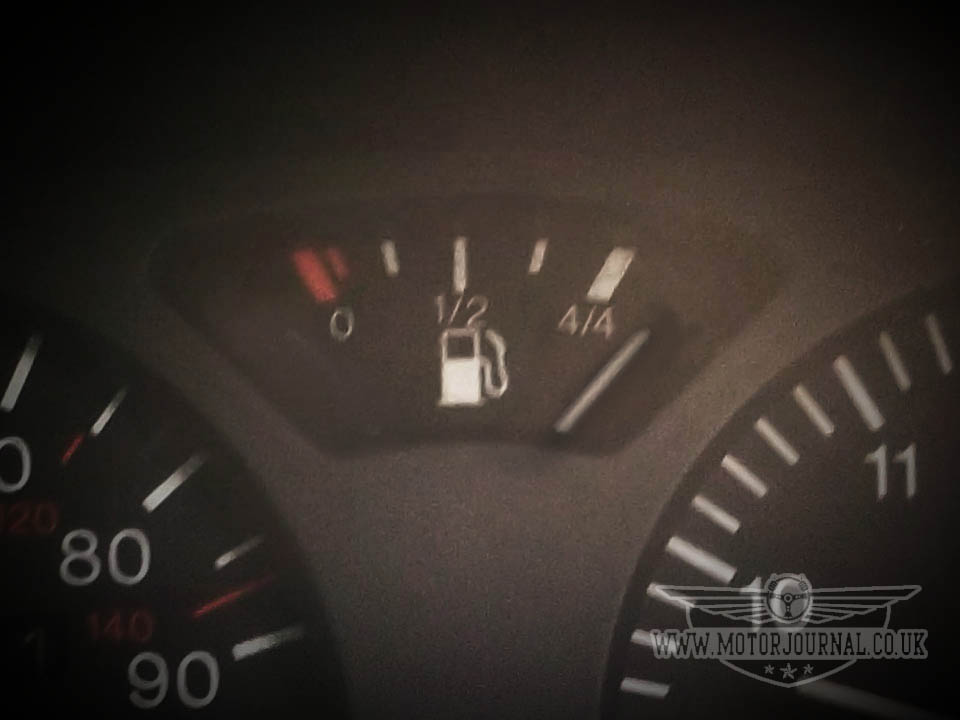 However, one thing I do have which has eluded all the other cars I've bought so far this year is a full tank of fuel, which probably doubled the value of the little thing. That is, if the fuel gauge is actually working! The needle does seem to be embeded in the full side, and not moving at all, so I'm glad I've got my can with me as who knows when it will run out! I also have quite a nice (probably around 2001) Stereo which I can't turn on because I'm not a five year old child. I'm the same with the T.V. remote, my kids can work it, I cannot, this is why just recently I've seen Alvin and the Chipmunks so many times that I can recite the film word perfect now. The drive home was quite quiet due to the lack of stereo, however my littlest Monster has got the stereo going for me now though, and shown me how to work it! Apart from that, what do I have, well, at some point someone thought it a good idea to fit a sunroof, and thats good, and it doesn't leak either which I think is always a bonus. Other frivalous things on the inside?.. Nope, that's it I think, steering wheel, dash with a speedo and a clock, pedals, oh, and keep fit windows! I guess the most frivolous thing in here is a door pocket which is big enough for a bottle of wine! hmm, drinking and driving anyone? I guess in France this is OK because if you get caught drinking and driving there, you just get relegated to being able to drive an Aixam, thats probably not the biggest step down from a Citroën AX, but thinking about it if I had to step down from an AX to an Aixam I think I'd probably rather just walk. 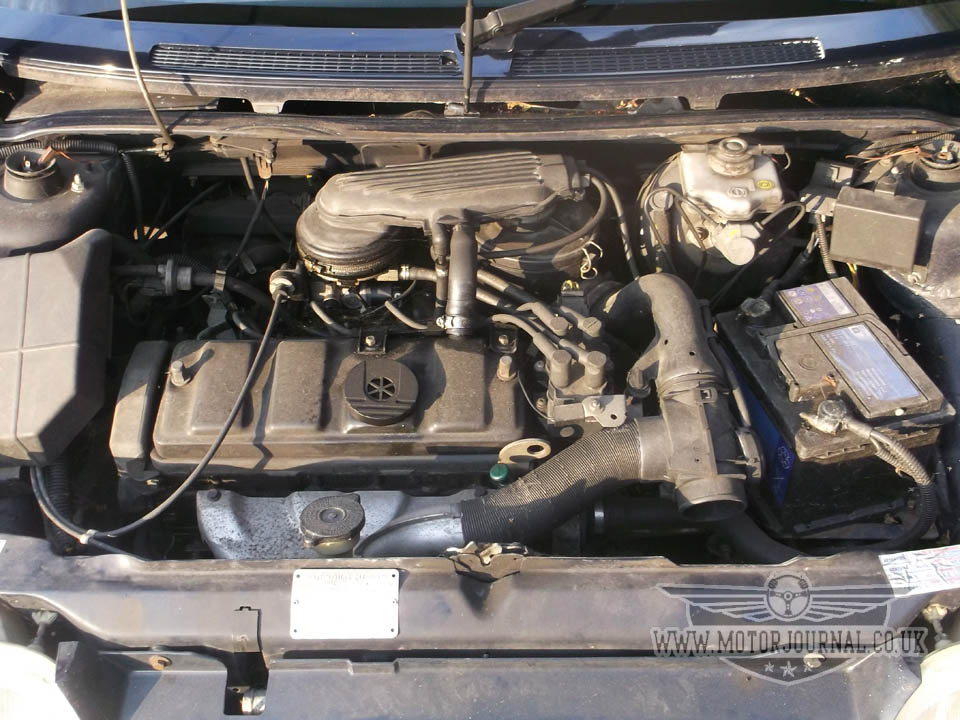 The engine starts with the first turn of the key, and under the bonnet it thunders away purrs quietly away like a Singer sowing machine, and I'm off! Pretty soon I'm blasting along on the M27, actually that a bit of a lie, nobody can say they're blasting along when they're only doing 60MPH. I'm sure if pushed it might go a bit faster, but already I feel like I'm thrahing it, and as I don't want to thrash it, I'm happy keeping it at just 60MPH! To be honest, even if it was faster I'm not too sure I'd want to go much faster, the AX GTI must border on being terrifying when you're flat out in that little thing. Although I'm probably safer in here than I was in the Aixam... Just about! Besides, this isn't really a car built for speed, it's probably just aimed at people who just want to potter about town, not blast along the motorway.

Having safely got the Citroën AX back to BelongaClint without drama I have to say that this really is basic motoring at it's finest, I actually wonder if the Citroën 2CV is any more basic than this, I really doubt it, unless the 2CV doesn't have the door pocket for a bottle of wine in it! But oddly, being a fella who prefers his cars to be on the big side, I really do kinda like it!