May 23, 2020
As Tom Petty used to say, the waiting is the hardest part. Well, I'm not sure if thats true or not, because as bad as I was feeling waiting for my appointment, now that I've got one I thought I probably felt worse! I don't know if the problem was the length of time it took for the hospital to send me a follow up appointment to discuss what they may have found, or the fact that now that I had the appointment it is only four days away, and two of those days were the weekend! I guess one way or another I was going to find out what they found with my biopsy on Monday, and so I have all weekend to sit and worry about it.

I was stood at my window reading, and re-reading my appointment letter, looking for any clues as to what they found that may be on the letter. Of course, there were none, but I kept re-reading it anyway. I thought that once again it's time to try and take my mind off things, and glancing over the top of the letter, and out of the window down to the street I thought to myself, Heeeeeeeeeeeeeeeeeeeeeeeey! (Hold on, I'm not the Fonz!) I've got my little StreetKa out there, I should be taking out on a bit of a run! 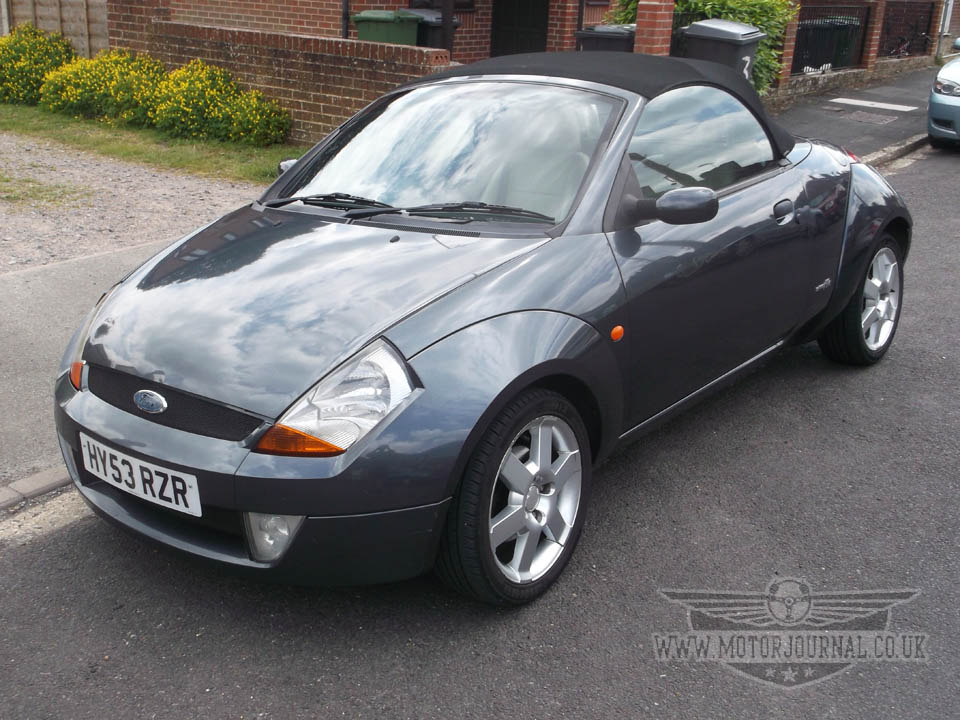 I said to Mrs Clint that I was going for a bit of a blast in the StreetKa, and not to worry about getting me anything to eat for tea, I'd probably get something while I was out. This worked well for her as she was planning a curry for the evening, but as my throat was feeling a little sore I wasn't really up for anything too spicey! I headed out to the StreetKa, dropped the roof down, put my Miami Vice soundtrack into the cd player and headed out! 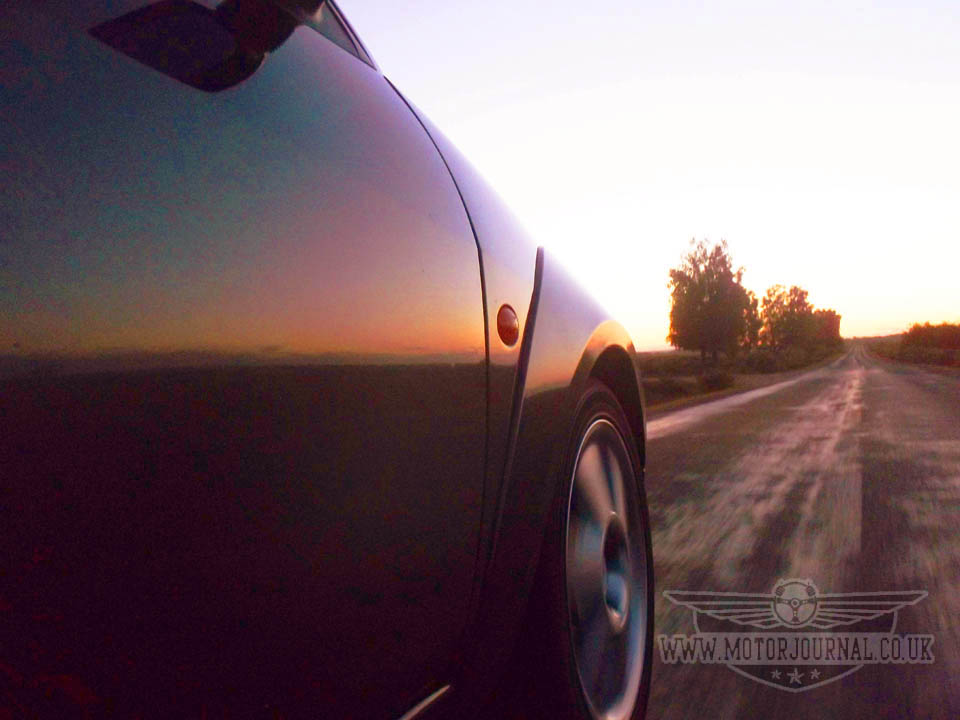 I know that it's not a very sharp, particularly well composed, or even good picture, but it's atmospheric, it's arty!! Stay with me... Seriously, please stay with me, I need all the readers I can get! So, where to go? Well I thought that I just fancied some Fish N Chips, so I headed off to Coastgaurd Café on the Sea Front at Hayling Island. There are nearer chip shops to me, but the tucker here is gorgeous, and as I'd not had Fish N Chips since before my little operation I thought that I'd treat myself. I did however wonder if I'd be able to swallow it OK once I'd got them, but anyway, atleast I had a destination, and besides, I was going out for a drive remember? I thought that I would take the scenic route and headed off down the M3 toward the M27. I know what you're thining, thats not the most scenic route I could've found, but bear with me! 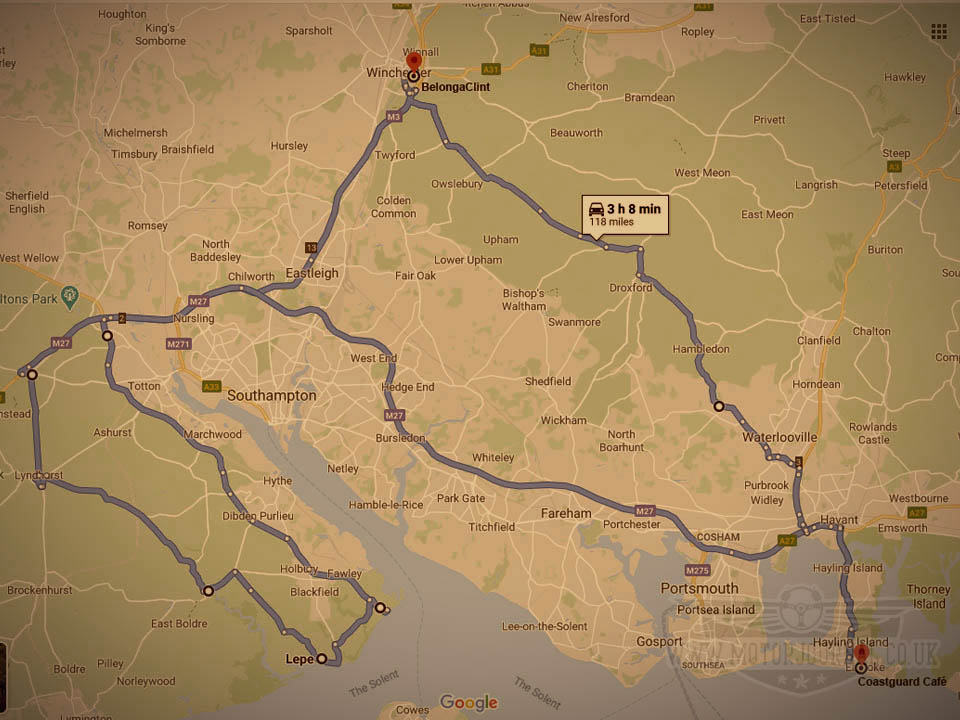 But while I was there I thought that I might just go and have a look at Calshot, I quite like it there and haven't been for ages, it's probably not the nicest beach or the cleanest stretch of coastal water you'll find, but it's often quiet, and if you just want to sit in silence and listen to the water lapping against the shore, then I guess it's pretty good. 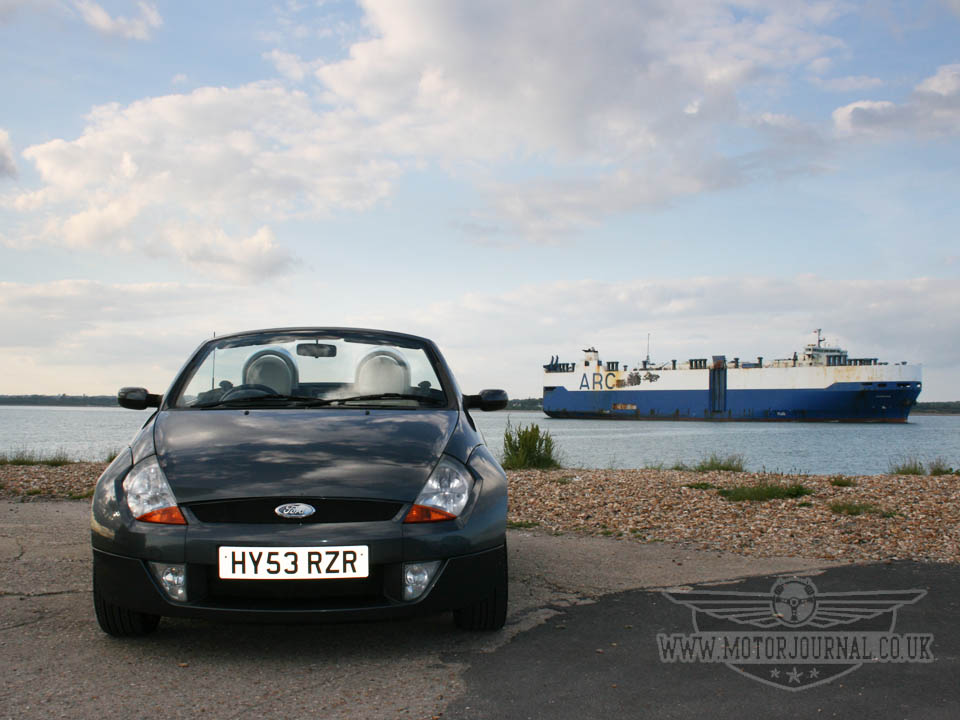 Besides, I like to just zone out, and sort of sit there and think about what has gone on there in the past. Try to imagine what it was like when the RAF were based there, when Supermarine were developing their S6b which would later be developed into the Spitfire. What the men and women who were stationed there would have seen, or could've seen. As I sat there listeing to the waves lap at the shore I wondered if Lawrence of Arabia had sat here at some point on his Brough Superior SS 100 while he was based there in the 1930's, I wonder what he'd have thought of the place now? More importantly I wondered if he was in my position would he worry about it, or would he be all stiff upper lip and all that? My guess is that he wouldn't have wasted his time worrying, back then it wouldn't have been the mans way to worry, you'd just carry on regardless. I kinda wish I could do that, because frankly until I know otherwise thats really what I should be doing! After a little bit of thought I figured that it was time to leave, and so I got back into the StreetKa and headed off... To Lepe... 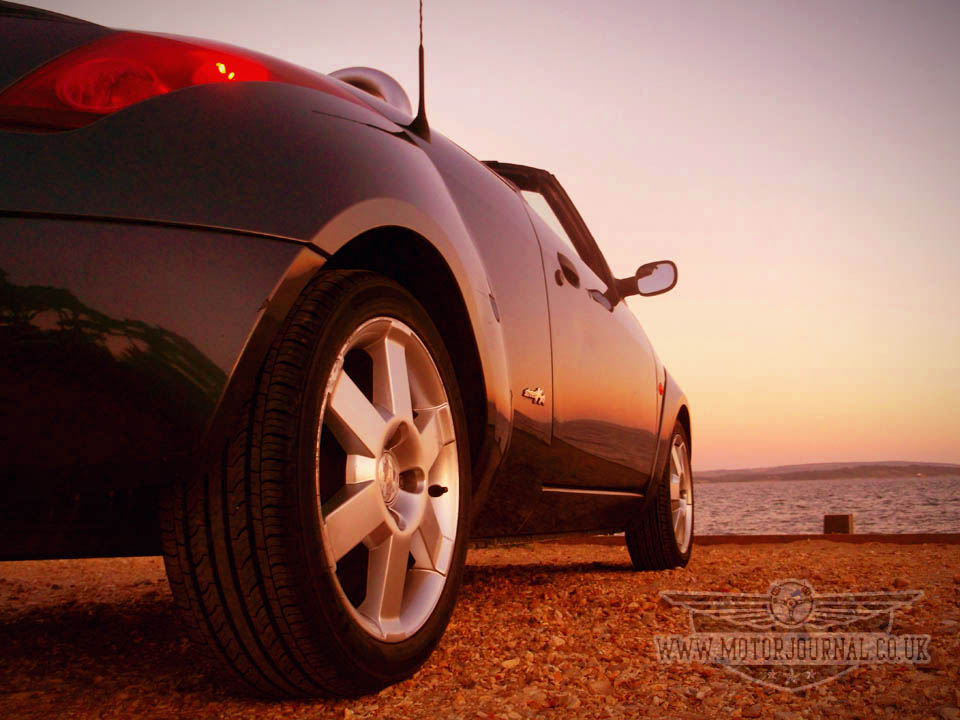 I'm not sure that I'd ever been to Lepe before even though it's just a handful of miles from Calshot, and having arrived there I thought it was very nice, I think I'll go there again at some point. While I was there, I thought that as it was pretty much time to sell the StreetKa, and as it was already on the bay of E I figured that I might as well try and take a couple of nice photos of the the Street Ka named desire before I sell it on to someone else.

With a few snaps taken it was then time I was back on the road for a 60 odd mile drive to the chippy! Driving through the New Forest was really cool and it would appear that nearly everyone who had an open toppped car was out in the New Forest cruising in it. I saw various different cars ranging from a beautiful Austin Healey 3000, to a TR7, and even a Smart Crossblade! Is it just me, or is that one of the maddest looking cars ever? Truely a wild looking car, although not what you'd call practical.

It felt really atmospheric cruising through the New Forest! If I lived in California no doubt I would have been cruising along the Pacific Coast Highway. But unfortuantely I don't, however I did the best I could to convince myself that was what I was doing as I cruised along the M27 instead! By the time I reached the Chip shop on Hayling Island it had got pretty dark, but I still managed a small Cod and Chips, and sat on the wall watching what remained of the sunlight as it faded through the orangey-red part of the spectrum until it was just replaced by the inky blackness of night while I stuffed my face.

As luck would have it, even though my throat was still feeling a bit sore I didn't have too much trouble in swallowing my food, although it may well have been easier if I didn't coat them with so much salt and vinegar! When I had finished carefully stuffing myself full of the gorgeous Fish N Chips, and while I was washing it down with a nice cold soothing can of root beer I thought to myself that it was time to head for home.

Hayling Island, as I'm sure you've gathered is an Island which is accessed by a bridge. I have been going there since I was a child as I live within about an hours drive of it (if I don't take the scenic route!) My earliest memories of going there was when I was about five years old, sitting in the back of my Mums green Consul Classic on those hot sticky vinyl seats, with the warm wind blowing through my hair as we crossed the bridge. I've always thought that I might be able to take a nice photo of a car on that bridge when it was dark as the street lights illuminate it very well, so, as it was getting late, and nothing was about I thought I'd have a go at it... 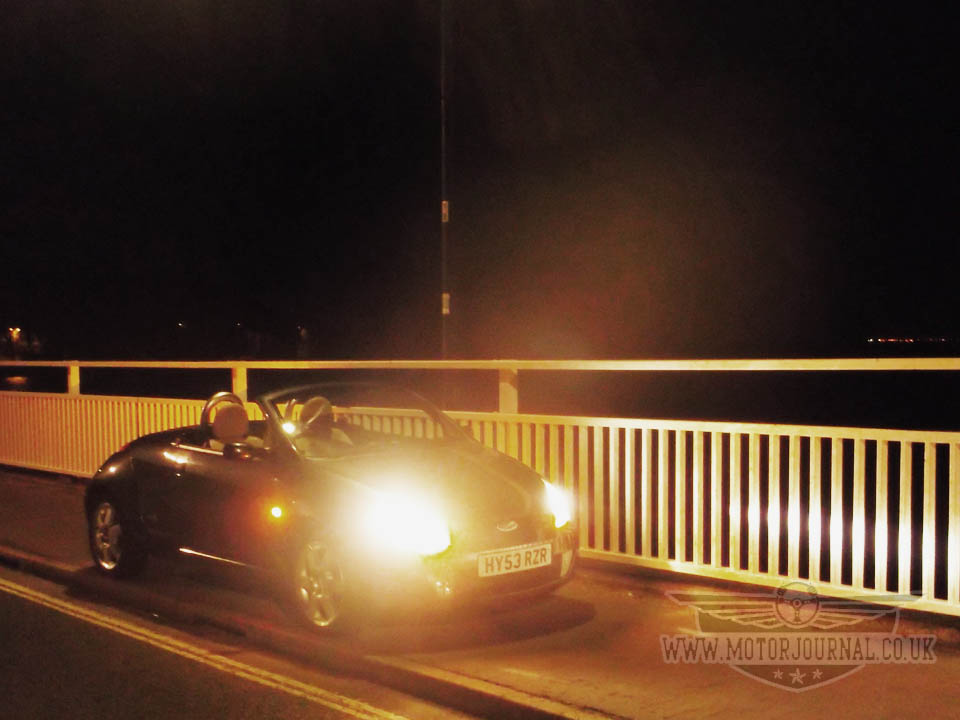 Possibly not my greatest car photo ever, and I'm not sure the pictures I took have turned out as good as they look in my minds eye, but atleast I have now had a go. With my impromptue photoshoot done, and with the roof still down I headed for home. Despite it being dark I decided to take the scenic route home, and go along the back roads, and it was pretty good as the roads were pretty much empty, so I had them to myself. All in all it was a pretty damn cool way to spend an evening, and didn't even cost much in fuel, or chips for that matter! I have a feeling that I'm really gonna miss this little thing when it's gone, but go it must for the show to continue!