May 19, 2020
Despite the constant barrage of abuse from my friends that I have bought a Girls car, this little thing in my opinion is just epic! 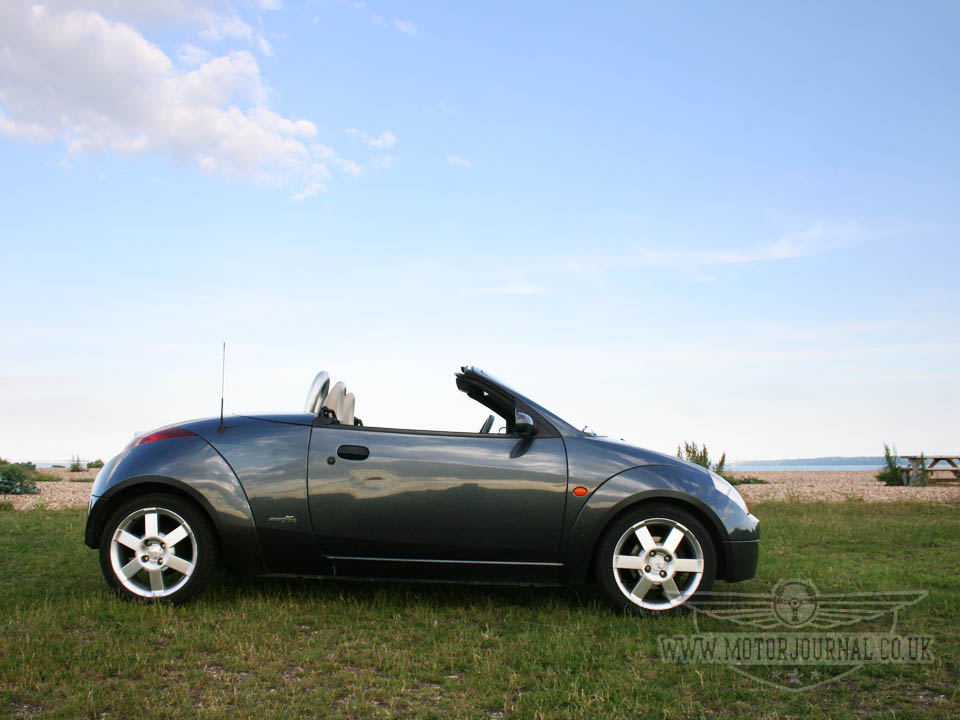 I don't know if it's because I'm feeling a little bit better in myself, or that it's just such a huge contrast to the X-type, but every time I take this little car out I come back feeling a bit chirpier than I did when I went out. I have been trying to keep my mind busy lately, and not think too much about what's happened, or even been going on in my life lately, but for the past week or so I have had a little niggling thought in the back of my mind, and I just can't shift it. The thing is, when I left the hospital they said that I would be contacted within about ten days for an appointment to discuss the results of my biopsy... We're getting on for three weeks now, and so far no appointment, and therefore no discussion. I keep trying to convince myself that no news is good news, but this niggling little thought keeps saying, I wonder what they've found? Have they taken so long because they've found something, and need to examine it further before contacting me? I really don't know, but the longer I wait for the appointment, the louder my niggling voice in my head gets! However, it would appear that when I'm out and about driving the little StreetKa, without a doubt that voice is still there, but it doesn't talk so loudly!

Anyway, enough about that, let's have the first fill shot... 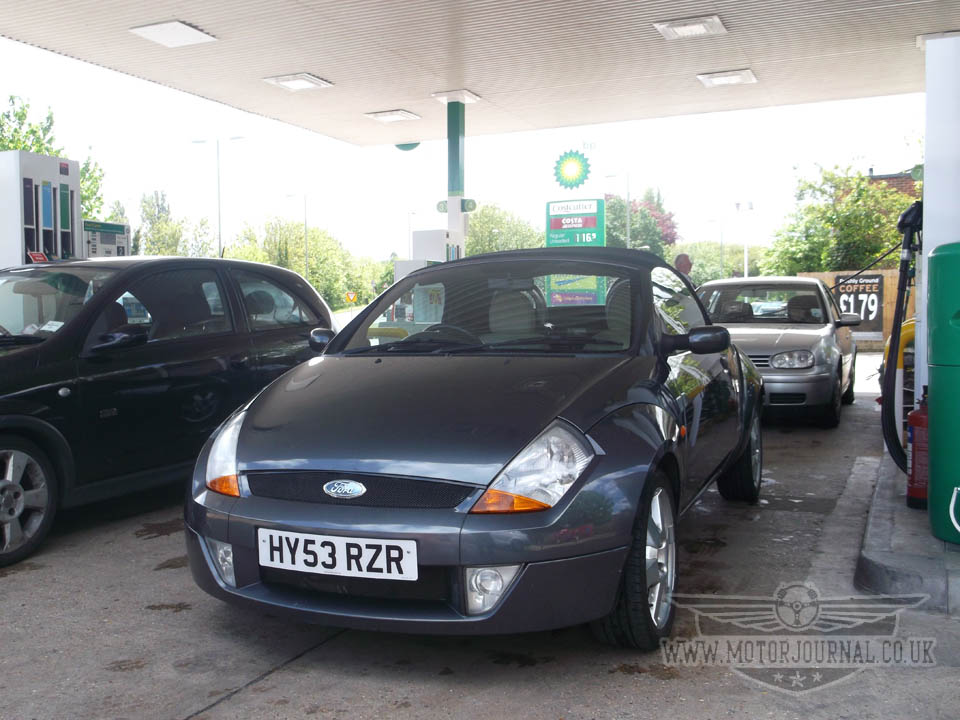 I must admit that I can see what my friends are all saying about it being a bit Girly, OK, a lot Girly, but atleast it's not a Girly colour. By all accounts, if I wanted a Mans two seater convertible, then what I should've bought myself was a Mazda MX-5... Hmm, to be fair I'm not sure that a MX-5 is really any more Manly than a StreetKa, but to be fair atleast with a MX-5 you get rear wheel drive, which if I'm totally honest I would prefer. But having said that, really, for regular driving would there be any benefit by having rear wheel drive over front wheel drive? I doubt it. I'll admit that I would prefer it, but thats probably because I'm more used to cars being rear wheel drive, I learned to drive in a rear wheel drive car, but that was a very long time ago... My feeling is that most younger generations would prefer front wheel drive, simply because thats what they're used to. I'm fairly sure that Mrs Clint, who is a little younger than me, but also learned to drive later in life than I did prefers front wheel drive. Admittedly she drives my Mustang OK, which is obviously rear wheel drive, but if it's raining she doesn't really want to drive it, and if it's snowing, she just point blank refuses to drive it. This is because she is worried that the back of the car will step out as she's going around a corner, and so prefers a front wheel drive car because thats less likely to happen. To be fair to her, I'm not sure whether it's better to be able to see the tree that you're about to hit because your driving wheels have lost traction, or not. For me I think I'd rather not hit the tree at all! Anyway, as ever I'm waffling on, and getting away from the point!

So my friends think that the StreetKa is a bit Girly, and I think that nowhere is this more evident that when you're sat behined the steering wheel looking at the gauges... 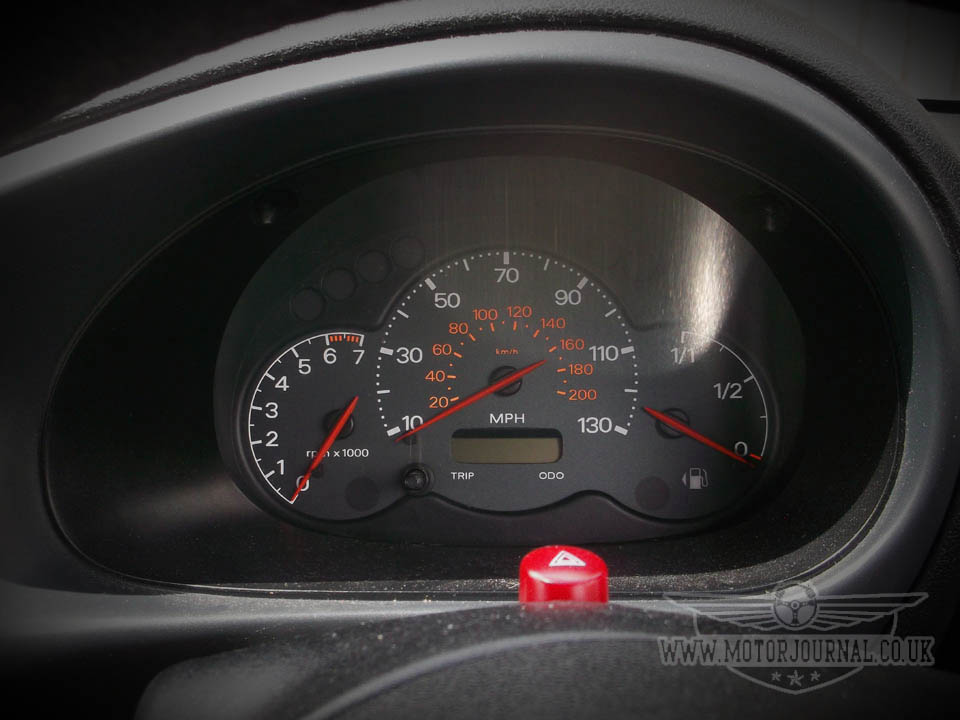 There seems to be a complete lack of instrumentation. I realise that it's got a rev counter, which I guess is a bit sporty. But thats it. Where are all the other gauges, what the hecks going on under that bonnet? I'm pretty sure that I've had vans with more gauges than this! I mean if nothing else surely a water temperature gauge might be nice, so that you can see that it might be getting a bit too hot instead of waiting for some idiot light to come on and tell you that it's already too hot for it's own liking! Still, I guess I'm ok with it, I guess I'm gonna have to be! I do wonder if any of the other Ka's in the range, like for example the SportKa has a better, and more comprehensive array of gauges? I may well have to look into this further. 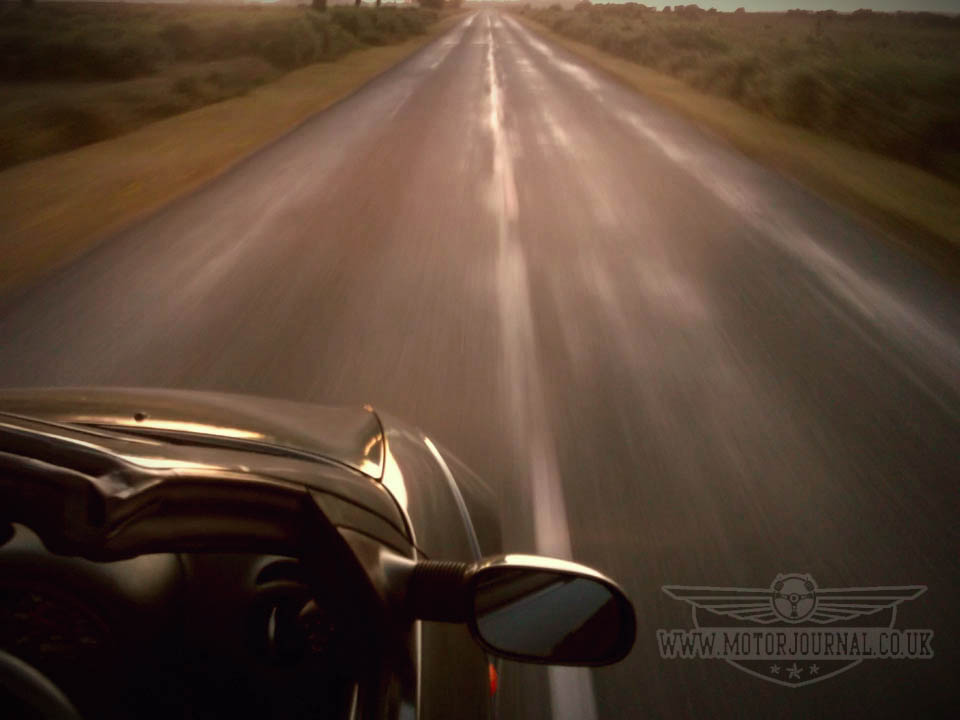 With the exception of the lack of instrumentation the only other problem, if you can call it that is that one of the front suspension bushes is a bit clunky when you drive along a road that is anything less than glass smooth. But as it passed it's MOT like that, I'm guessing it can't be too bad. In all honesty, I don't care if it does clunk a bit of the lumps and bumps in the road, it's not detrimental to the handling or drive of the thing, so I'm not going to try not worry about it! Apart from that... It's pretty damn good!! I'm more than happy with it, and have absolutely nothing about the car to complain about! 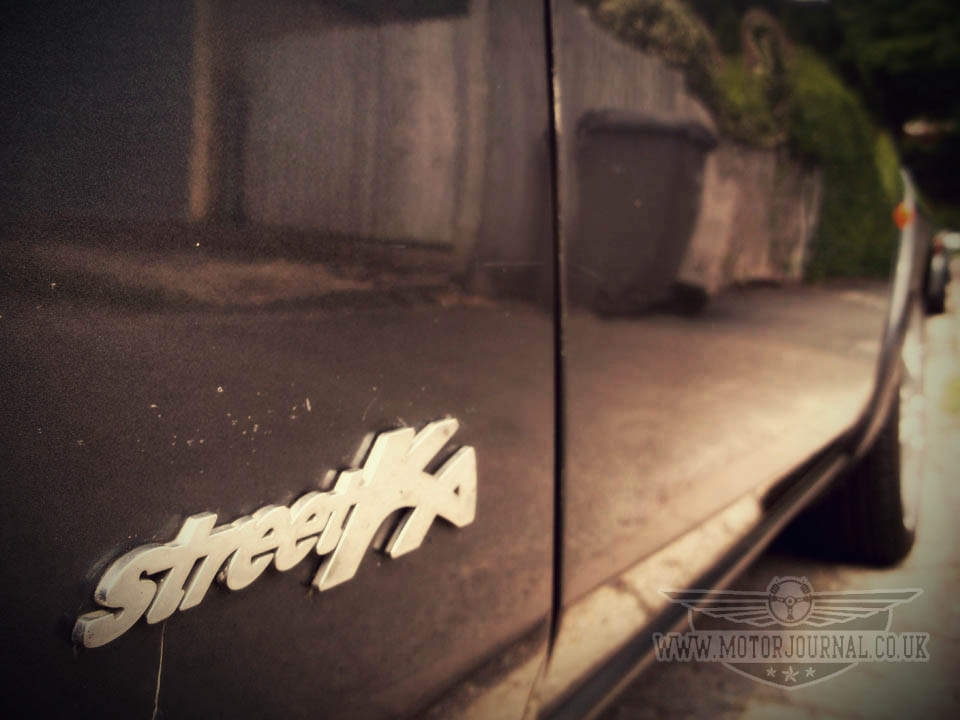 Like I said before, I don't know if it's because I'm feeling a little bit better in myself, or that it's just such a huge contrast to the X-type, but I really am enjoying this little StreetKa, it is an absolute hoot to drive, almost to the point that I look for an excuse to get out there and drive it! My feeling is that not only is it fast becoming my favourite car of the year, but my feeling is that by the time my month with it is over it may well be one of my favourite cars that I've ever owned! Certainly for smiles per mile it's been hard to beat!