April 22, 2020
With all that was going on in my little head I suddenly realised that I'd not put the Jaguar up for sale. A set of photos was hastily taken, and it went straight onto the bay with a three day listing. 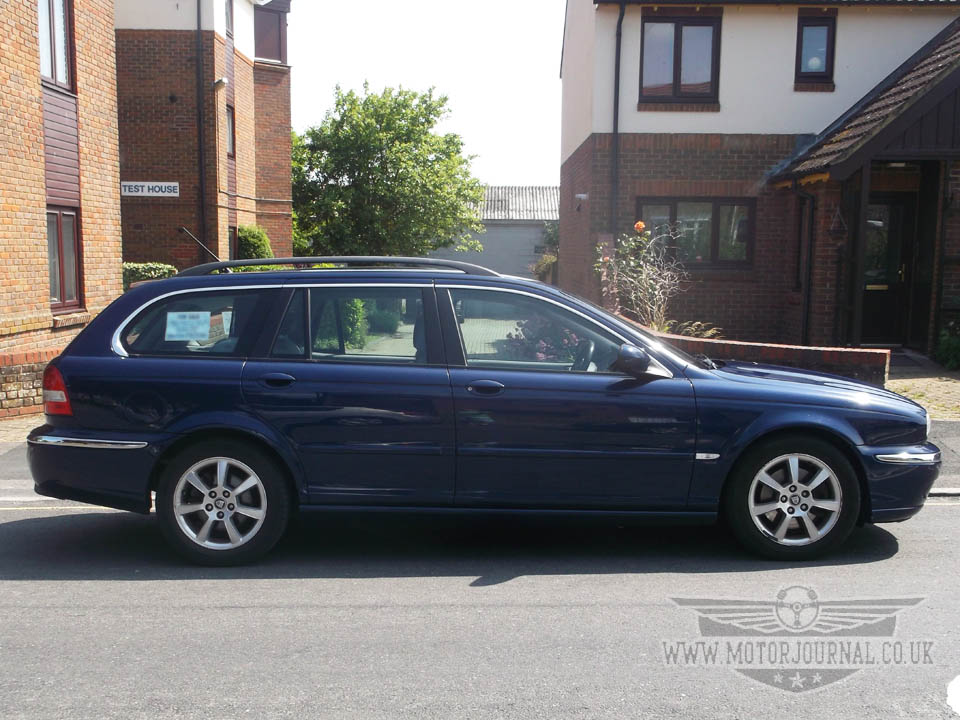 The day that the listing ended coincided with my appointment with the specialist at the hospital, only, the appointment was in the morning, and the ebay listing ended in the evening. As I waited to see the specialist I found myself wondering if I'd even be at home in the evening to see how the auction went. I didn't know how these things worked. I have a friend who had a large lump pop up on his neck and when he went to the doctors with it, he went straight from there to the specialist, who admitted him on the spot to have it removed. As I stood in the waiting room I tried to calm myself by thinking that my Doctor couldn't think it was too bad, or they would have sent me straight to see the specialist that day, like what had happened to my friend. Pretty soon the specialist at the Hospital was peering into my mouth. After what seemed to be ages he finished looking, and I asked him what he thought it was, and where do we go from here? He said he wasn't 100% sure, but he felt it was probably nothing serious, but he was going to take it out anyway! He went on to say if he left it in, and it was something serious like cancer it would get worse, but if he took it out, it didn't matter what it was, because it would be out! He then told me to go home, and no matter what I did I wasn't to try and research what he was going to do, or what it could be! He then handed me a leaflet about preparing for surgery, told me to await another two appointments, one for pre-flight checks, and one for the surgery, and sent me on my way! 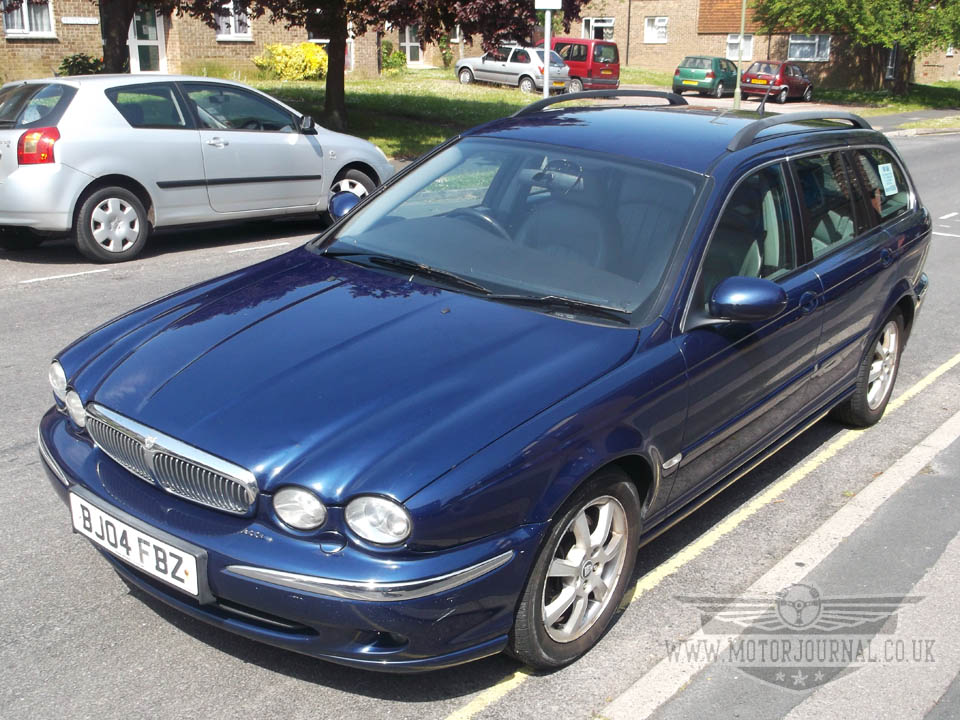 I wish I could say that this put my mind at ease, but it didn't. I'd never had surgery before, and frankly I was hoping I'd never need to. I didn't know what to think to be honest, but a couple of days later I had my appointments, and by the end of the week I had also had my pre-flight checks. I was now just waiting for my little operation the following week. I had managed to not do any research on the internet about what my lump could be, or what they might do to remove it. Instead I tried to research something about the Jaguar, but to be honest, no matter what I was reading it didn't seem to be sinking in!

My ebay listing ended, and it could've ended closer to what I needed to be getting for the Jag. Not that this mattered as the winning bidder never made contact anyway, and to be honest I couldn't be bothered to chase after him. My feeling was, what with everything else that was going on, and as I wasn't exactly in love with the Jaguar anyway I should see it all through with the Jaguar. Then, when my surgery was done, and I was hopefully all better I could sell the Jaguar, and hopefully all the tainted thoughts that were running around in my brain with it.

On top of all my worries about my health, I would also say that I was finding one of the most tiresome things about owning and driving the X-type is the constant torrent of "It's just an old Mondeo isn't it mate!" So, what I have now started to say to these so called 'armchair automotive experts' is that Yes, it is the Ford CDW27 'World Car' platform that was used in the 1993 Ford Mondeo, but it was also used in the USA in the Mercury Cougar. Yes, it does have the Ford Duratorq diesel engine like the Transit, and much like a Transit it pulls like a train!! But apart from that, and obviously switchgear and the like it's pretty much all Jaaaaaaaaaaaaaaag... 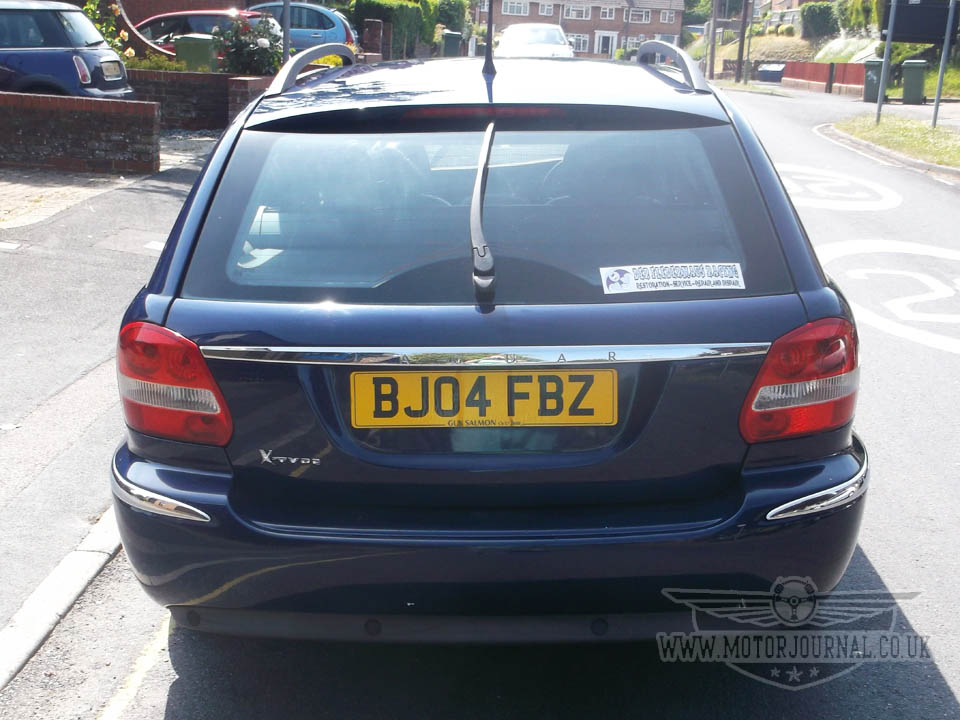 Let us also not forget the X-type was styled by Geoff Lawson, a man who during his 15 years at Jaguar was responsible for shaping the entire Jaguar line up, including the awesome 1992 XJ220 supercar, the 1995 XJ luxury saloon, the 1996 XK grand tourer, and the 1998 S-Type mid-size saloon. So actually, it's not really a Mondeo at all is it? I said this to my brother, who unlike a lot of these 'armchair automotive experts' is actually is a proper automotive expert! Actually I think what he would call himself is an automotive engineer. He knows what he's talking about, it's his job. But after I said this to him he just stood there dumbfounded and said, oh, I had no idea, I just thought it was a re-hashed Mondeo.

I think that this is the problem, the train of thought that it is just a Mondeo has almost become folklore, probably due to something that was perhaps said by someone like Jezza on Top Gear, but I don't know for sure. But like I said before, it does get tiresome being lectured by so called 'automotive experts' who got all their information on all things car related from Top Gear and a couple of magazines that they browsed through in WHSmith that I am basically driving a Mondeo. The funny thing is, is this an insult? I mean the the more I think about the Mondeo, although not a very exciting car in standard form it is still a fairly good car, and a very capeable car isn't it, so perhaps it must be meant as a compliment, that infact the X-type is a good car.  It's just a good reliable car, like a Mondeo? Thinking further on, lets not forget that what people call the 'proper' Jags were just built from parts raided from the store cupboards at British Leyland! Thats not exactly a by-word for quality, or reliability is it? Anyway maybe it's just my frame of mind, maybe it's just people are irritating, or maybe it's because I'm just becoming a miserable old git, but I think it's probably time to let it go before I go into a full Victor Meldrew type rant...