December 08, 2019
Time flies when you're having fun, or so they tell me. Still, I can't believe that it's been over a year since I last spoke about this thing of beauty... 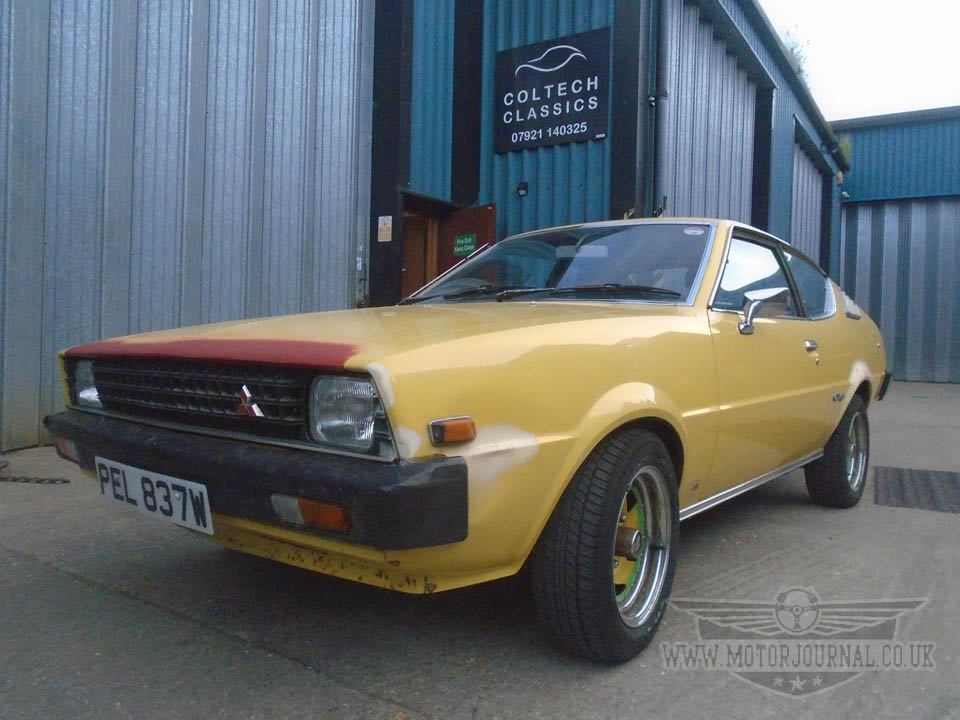 So what's been happeneing? Well, to be honest, not a lot! Back in July it went through its MOT without too much drama, and I was looking forward to another year of pleasant motoring. Starting with, at the end of July attending Simply Japanese at Beaulieu. However, on the morning of the show I went to start the Celeste and it refused point blank to start! I don't know why I was surprised by this as it refused to start the previous year when I had thought of attending the Simply Japanese car show at Beaulieu as well! I was pretty ticked off by this as it would have been the only Celeste in attendance there. 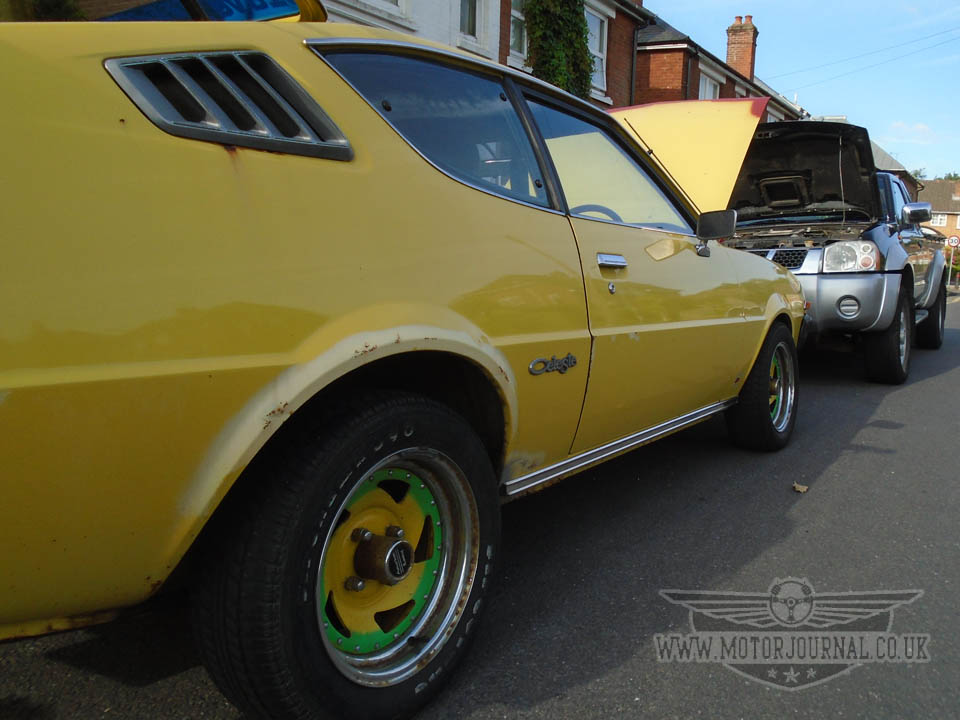 However after trying to jump start the Celeste with the Navara unsuccessfully I decided that actually, the Navara could do with a day out instead, and drove to Beaulieu in that, and to my surprise, what with the Navara being Japanese I was directed onto the show field where it was actually the only Navara there! So I guess that's a win of some description. 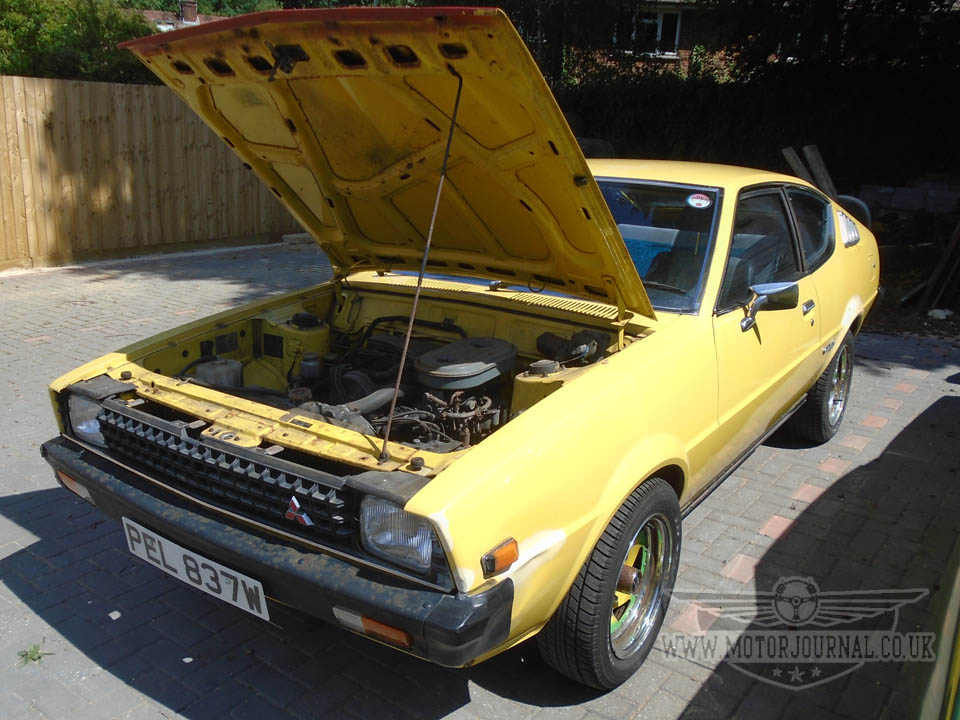 A couple of days after the show I thought I'd better go and see if I could find out what the problem was. As it turned out, the problem was that the alternator wasn't producing any electricity, and as the ingnition bulb doesn't work I had no idea about this until I no longer had enough electricity in the battery to start it. 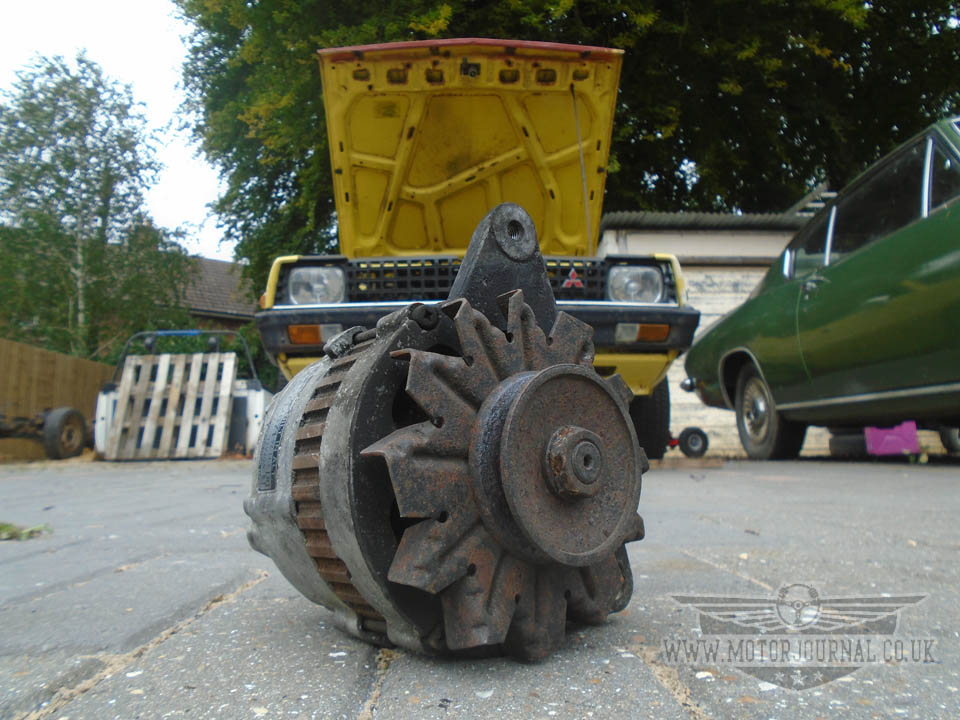 The alternator was pretty stubborn, and to be frank it didn't want to leave its home of coming up on forty years, but after rounding the heads off the bolts, plenty of swearing, some skimmed knuckles, and a tantrum it was finally free! I lugged it home and began the search for a new one! That was in July...

Fast forward to the end of October, and a replacement alternator had been located and purchased. I think I was a bit foolish there (not for the first time this year) as after searching for a couple of days what I should've done was just have my original alternator stripped down and restored. But I didn't, so you live and learn... Hopefully! 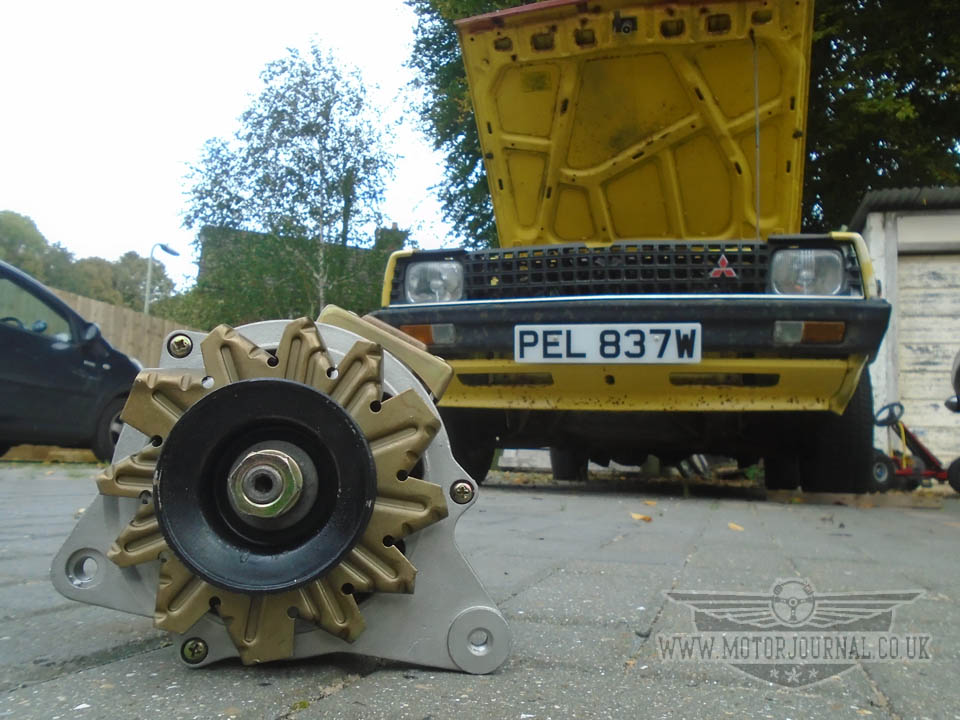 Early in November the new alternator arrived at BelongaClint, however, whenever I had some time on my hands it was raining, and as working on cars with rain soaking through my clothes is no longer something I relish doing (not that it ever was) I decided I'd just wait it out, it had to stop raining at some point didn't it? Well, of course it did, but infuriatingly it always seemed to be dry while I was at work. However, the other day while I was supposed to be working from home I noticed that it was sunny(ish) So I headed off to fit my new alternator. 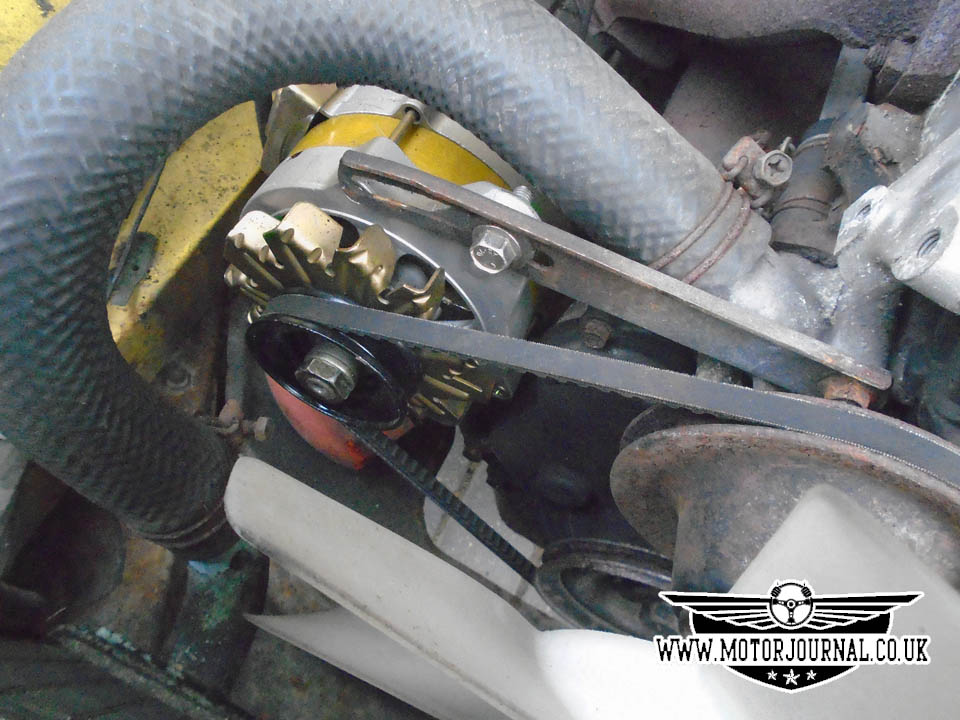 Before long I had fitted the new alternator, complete with new stainless steel nuts and bolts to the Celeste, and I was looking forward to once again driving it. But when I tried to start the Celeste up I noticed smoke coming from the bonnet. I shut it off, and opened the bonnet back up. 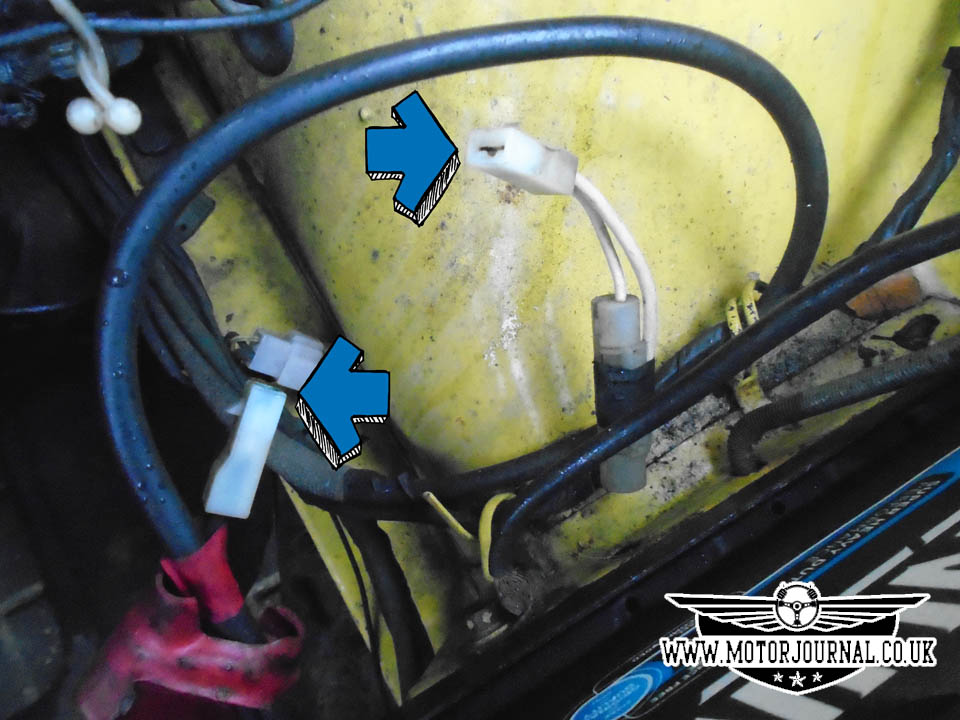 There was a small wire that goes between two plugs coming off the battery lead, I'm not really sure what it does, but it had burned out! 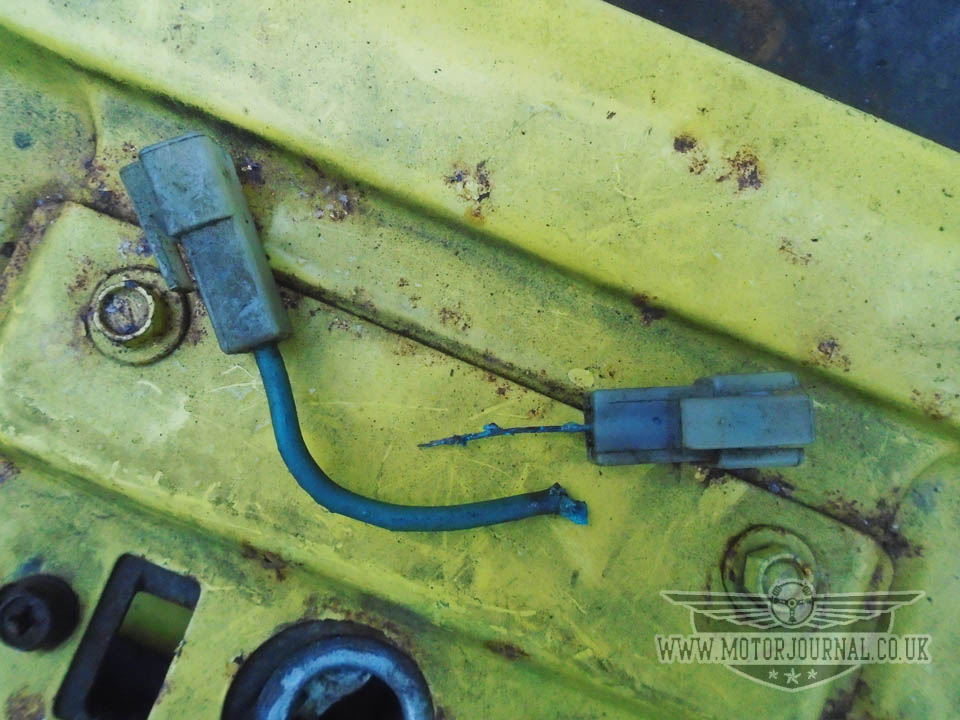 I guessed that as it was fine before, then it must've been something I had done. Looking at the back of the alternator it has a plug that plugs into it, so I figured that I couldn't have got that wrong. The only thing I really could've messed up was what I had presumed to be some sort of earth lead. I took it off, and headed off to look at the old alternator to see if it went onto a different nut and bolt on the back of that one. It did. So I decided to move it onto the same nut and bolt on the new alternator. With that done, I reconnected the battery, and tried to start it... NOTHING! It wouldn't even put the dash lights on. I guessed that whatever this little lead does, it needs it before it will start. I pretty quickly found another piece of wire, and bodged it into place. I didn't close the bonnet this time, and tried to start it by standing beside the Celeste, and turning the ignition switch through the open window. SUCCESS!! It started both quickly and easily. Obviously I now had the earth wire on the back of the alternator fitted to the correct nut and bolt. I went over and gingerly touched the bodged in piece of wire to see if it was hot, it wasn't, so that cheered me up. I then dug out my multimeter to see if the new alternator was charging, or more importantly, if I'd damaged it in any way. To my relief all seemed to be working just fine. After letting it run for twenty minutes or so, and keeping an eye on everything while it did so I decided that despite my error, and bodge fix, it was actually fine. However, I can't help feeling that whatever this little bit of wire is for, it must be some sort of fuseable link. Why else would it have a plug at each end? I have thought about taking the plugs off and crimping them onto another piece of wire, but the problem with that is, if it is some sort of fuseable link, then I'm doing away with it. Therefore putting my wiring at risk if I mess up again, which no doubt I will at some point. 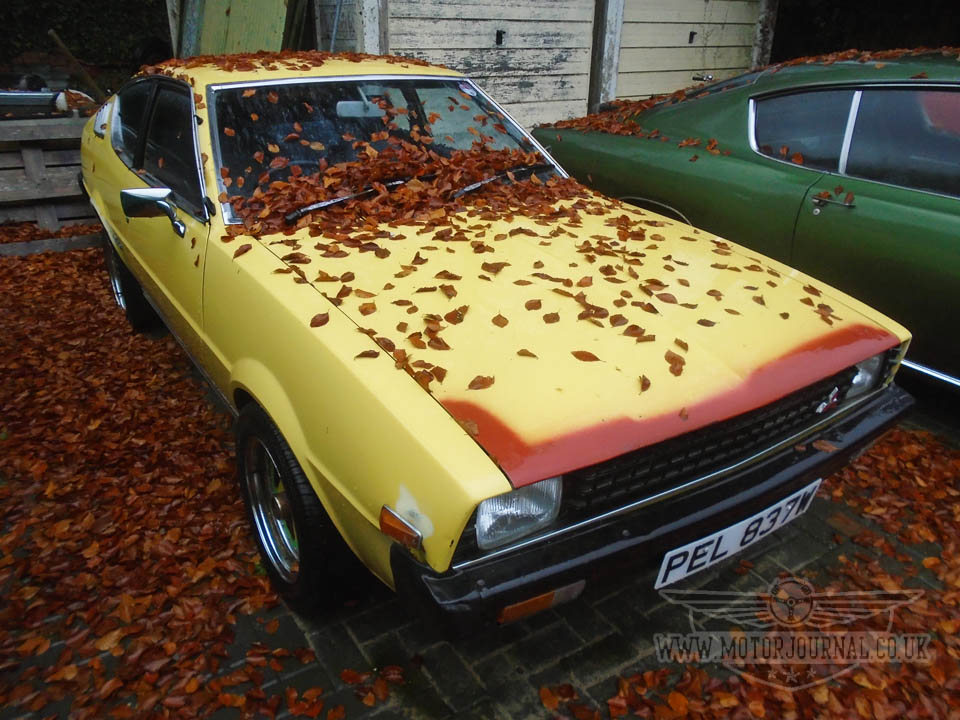 So until I figure this out, there it sits, unused but still very much loved, waiting once again for it's return to the road. Hopefully that will be before it's MOT runs out in July!