September 29, 2019
I'm not a people carrier person, I'm really not! I think that for the most part they are hideous things. But that's not to say that I haven't owned any, I have. I have owned a Fiat Multipla, nope, not the cool classic Fiat 600 based one from late fifties to late sixties. The other one, the Fiat Brava based one built between 1998 and 2010, yep, the ugly one, or atleast, should that say, the uglier one. Mine being the pre-2004 facelift version! But thats not all, I wanted to own it. I like the ugly Fiat Multipla, I think they're cool, and I really enjoyed my brief ownership of mine. It was interesting to look at, comfortable to drive, and nice to drive in. Plus, I could take all the back seats out and put my motorbike in the back! I have also owned a Ford C-max a hideous thing that I told you about around this time last year! A car that I now look at as a hideous carbuncle in my automotive back catalogue, a car that will always be indelibly marked in my list of cars as car number 87, a car that I never wanted, but bought anyway. A car that I am actually still quite disappointed, and actually a bit disgusted at myself for buying it in the first place!

However, I also think that in the future there's going to be guys like me restoring and modifying them, and excitedly telling everyone about their cool people carrier on motoring forums. The reason for this is that my childrens generation have, for the most part been ferried about in people carriers, and when they're all adults they will all be saying that they remember going here, there, and everywhere in their parents people carrier when they were kids, and that's what will make these things cool. Much like my folks always had estate cars, and so this shape has been ingrained in my psyche, and I look at pretty much any estate car, and think, thats cool! My two little Monsters generation will get the same thing ingrained in their psyche, only their shape will be the people carrier. Yep, twenty odd years from now, in the future classic car meets will have people carriers in them, and everyone will saying what a cool car the people carrier is, except for maybe my kids, who still actively hate them!

But despite all this, this is not to say that there are no people carriers on my 'want list' there are. Not many, I'll admit, but I would have another Mk1 Fiat Multipla, I'd like a Mk1 Renault Espace, and a Mk4 Renault Espace, and I even have a kind of thing for first generation Pontiac Trans-Sport! But top of the list has to be a Renault Avantime. When they came out in 2001 I saw one pass me in the traffic and thought to myself, what was that? I've got to have one! It's taken me 18 years, but the itch is finally being scratched!

I've been looking for one for a while, and hoping that they would become cheap, but they just don't seem to be getting any cheaper than they are now. I guess that the short production span, and the limited numbers that were produced in has already made them a sort of sought after classic before their time. So I stumped up my cash and went to buy one.

I honestly wish that I could tell you about the fella I bought this from, or more importantly, the place that he lived in. I took loads of photos of the other 70 or so cars on his property which included some pretty cool stuff. Including another half a dozen or so Avantimes, and about the same amount of Alfa Romeo 164s, and a couple of Toyota Seras. No wonder I can't find any of this stuff, this fella has them all! He also had some pretty cool 70's Italian exotica just laying around his property, qiuetly being re-absobed by nature! Sadly although he let me photograph it all, I was only allowed to do so if I gave my word that I wouldn't put the photos on the internet, so sadly, with the exception of the above photo, I can't show you. However I've left him my number incase he decides to sell an Alfa 164, and if he does, I'll ask again then, so stay tuned! Of the 8,557 that Matra designed and manufactured for Renault mine is an early one, number 117, which was registered in the UK in 2002, and to say that it is a little rough around the edges would be a fair comment. But despite this it is fair to say that the drive is really quite nice. 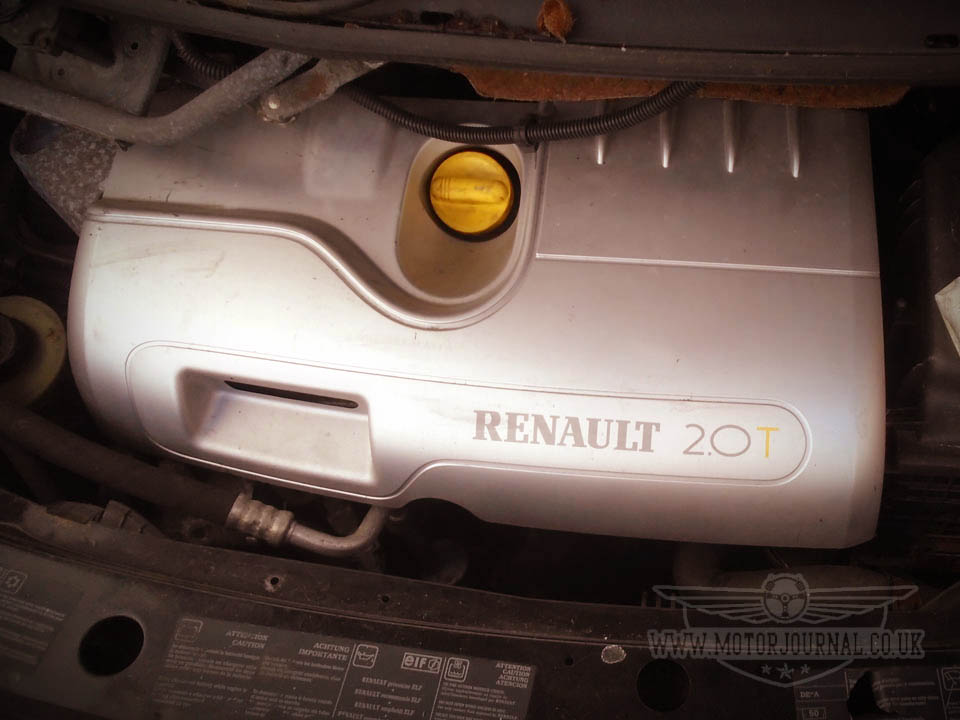 Although it's a fairly big car, and only having a 2.0 litre engine I've got to say that it wafts along the road effortlessly. It even out accelerates Mrs Clints Focus, which was a complete surprise to me as the Focus is smaller, lighter, and probably more aerodynamic than the Avantime. Plus, her feet are far heavier on the accelerator than mine are! The Renault engine is smooth, qiuet, and seems to have plenty of power. I never feel like I'm having to rag it to get it going. It's a strange thing, it doesn't feel so much like a people carrier, but maybe a bit of a luxo-barge. 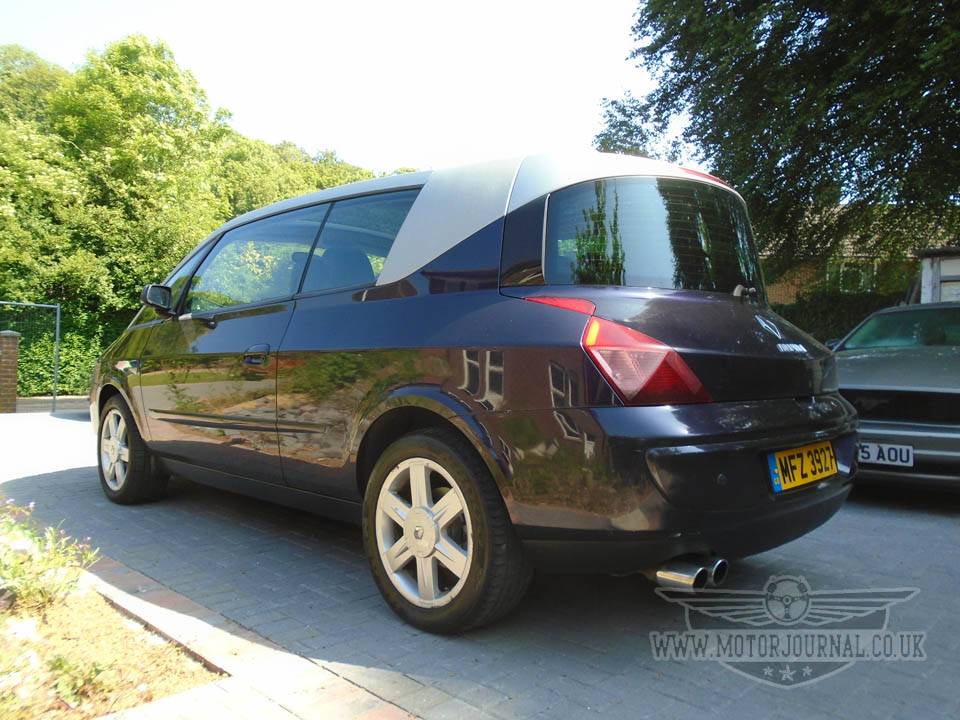 I'm not going to say that it's as luxurious as, let's say a Jaguar, or a Lexus, that would be madness, and despite how good the engine pulls it, it certainly doesn't have their wafty effortless power either. But inside it does have that aire of luxury, and refinement about it. If I was to compare the Avantime to the C-max, the C-max comes out looking like an old van. That being said, my feeling is that they were both aimed at opposing ends of the same market, so maybe a comparisson is a bit unfair. As for how I feel about it, well, as I remember within about ten miles of owning and driving the C-max I was thinking that it was a truly dreadful car, but the eighty odd mile drive home in the Avantime I found to be extremely pleasant. I think that it probably helps that unlike the C-max it didn't break down on the way home, but I don't think thats all of it. Re-reading my notes about the C-max I noted that although it had just under 120,000 miles on it, the C-max felt more than a little play worn, infact it felt completely worn out. Whereas the Avantime, despite having just over 10,000 more miles on it than the C-max, doesn't. It feels playworn alright, thats for sure. There's is plenty of evidence of its 17 years of age and 130,000 miles of use, but it doesn't feel worn out, it feels like theres plenty of miles, and years of use left in it yet. I don't think that my Avantime has been particularly well looked after, or atleast, certainly in later years it may have been less well loved, but perhaps the C-max was never loved from day one. I know one things for sure, the C-max was never loved by me from day one, whereas that Avantime probably was. Certainly for me it is, I like it a lot, and feel far happier behind the wheel of this thing than I ever did with the C-max. As for how I'll feel in a couple of weeks, or months, well, that's anyones guess. But for the moment I've got to say that I am pretty chuffed with my Renault Avantime, even though it puts a third people carrier into my automotive back catalogue.