August 14, 2019
Well I think my time is clearly coming to an end with the Beetle, actually, I know it is. When I bought this thing a couple of months back a friend of mine showed a lot of interest in it. She said that she thought it would be a really cool car to drive about during the Summer holidays in, and you know what? She's right! Anyway, she badgered me to sell it to her, but the problem with that was, guess what I wanted to drive around during the Summer holidays? Right, this Beetle! 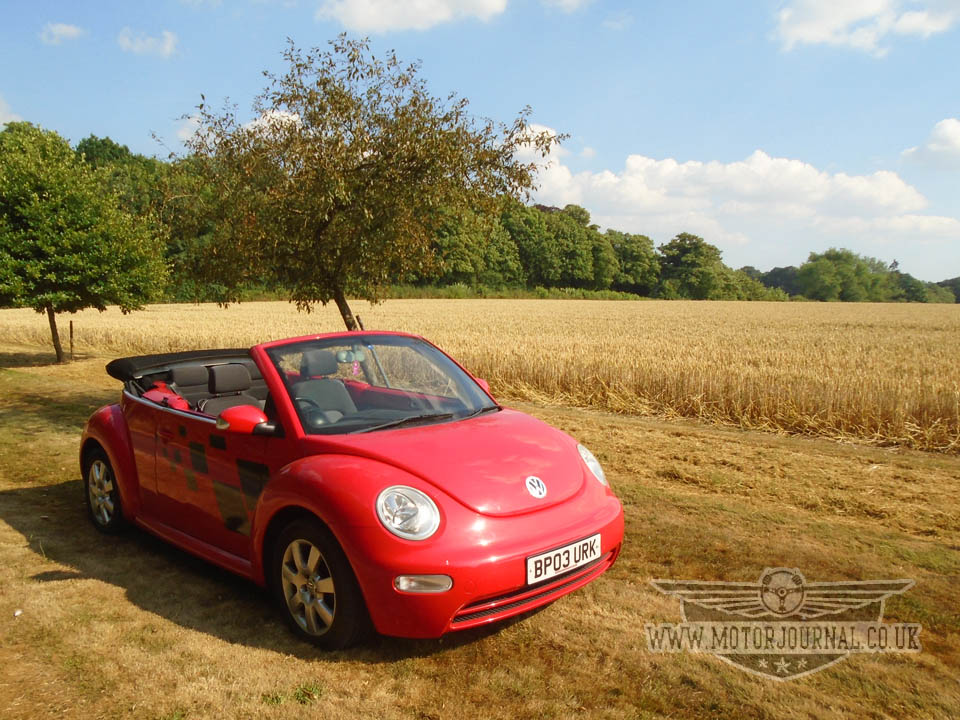 I mean, that's why I bought it in the first place! I figured that Mrs Clint, our two little monsters, and I would be cruising in this all Summer long with the roof down! But, the more I thought about it, the more I thought that it might be better to have an easy sale, than to go through all the hassle of trying to sell it on ebay due to the high amount of people who just seem to be there to mess people who are selling stuff around. Anyway, it turned out that my friend who wants the Beetle would be away for the first couple of weeks of the Summer holiday with her kids, and so, after a little chat we came to an agreement that I would keep it for the first half of the Summer holidays, and then it could be hers! She's been back a week, and although we're only just half way through now, she's messaged me every day! She takes delivery of it on Monday!

Yesterday was our furthest trip out in it. I've no idea why, but for some reason I am drawn to the beach like a Moth to the flame. I don't sunbathe, and for the fear of Whalers I don't go in the sea either. 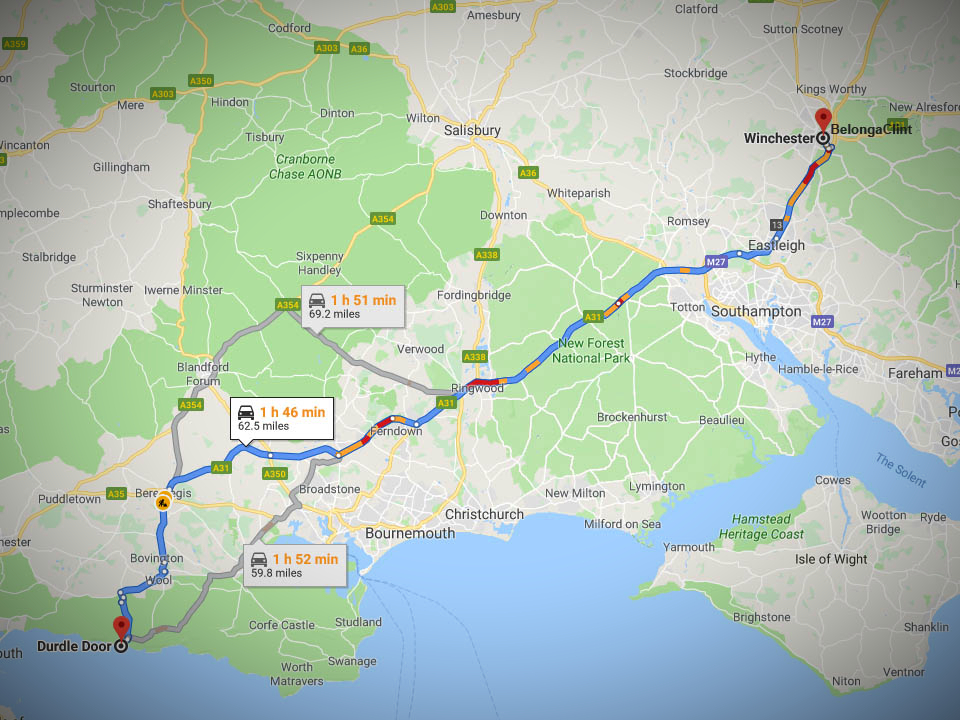 I decided that we would go to Durdle Dor, some 60 odd miles from BelongaClint. I realise that in the grand scheme of things it's not all that far, but my back has been playing up recently, and so I thought it was probably far enough! 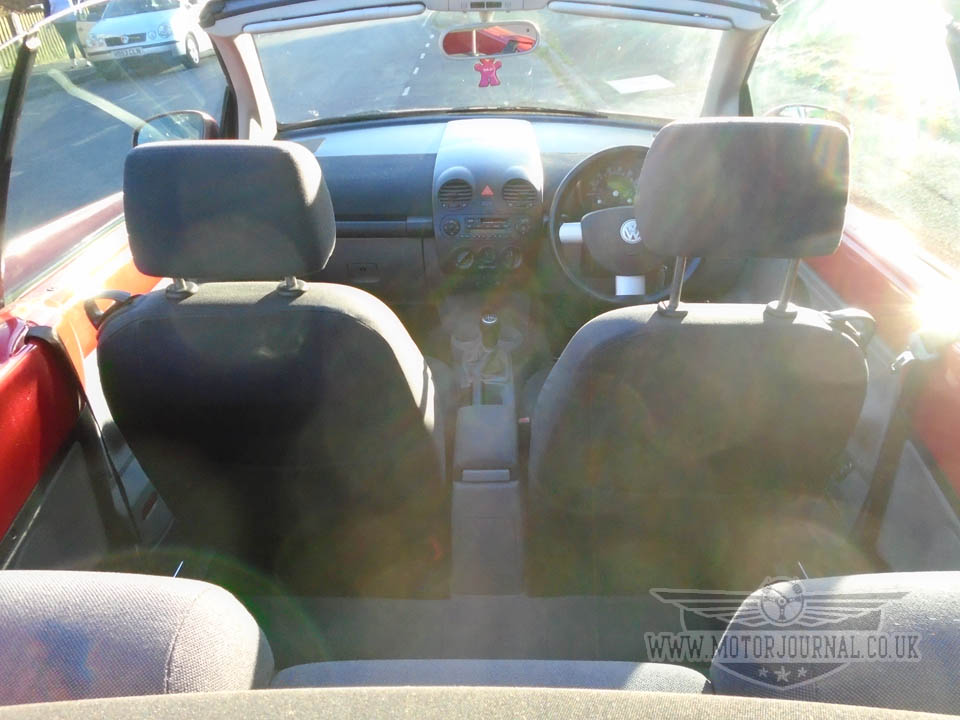 The four of us jumped in the Beetle, well, three of us did anyway, one of us hobbled up to it like an old man, and got in making all kinds of grunting, and groaning noises! That being said, I got Mrs Clint to drop the roof down first so that I didn't have to bend down to get in. With the roof down, entry, and exit is a lot easier for someone with a bad back! The trip down to Durdle Dor was pretty pleasant, we initially started out with the windows down, but out on the M3 our two little Monsters were complaining about the buffeting that they were getting the the back. Looking at them in the rear view mirror with all their long hair blowing in the wind it looked like I had cousin It, from the Addams family, and his twin in the back! With the windows rolled up again there was much less buffeting for the two Monsters hair, and I could once again see their faces! 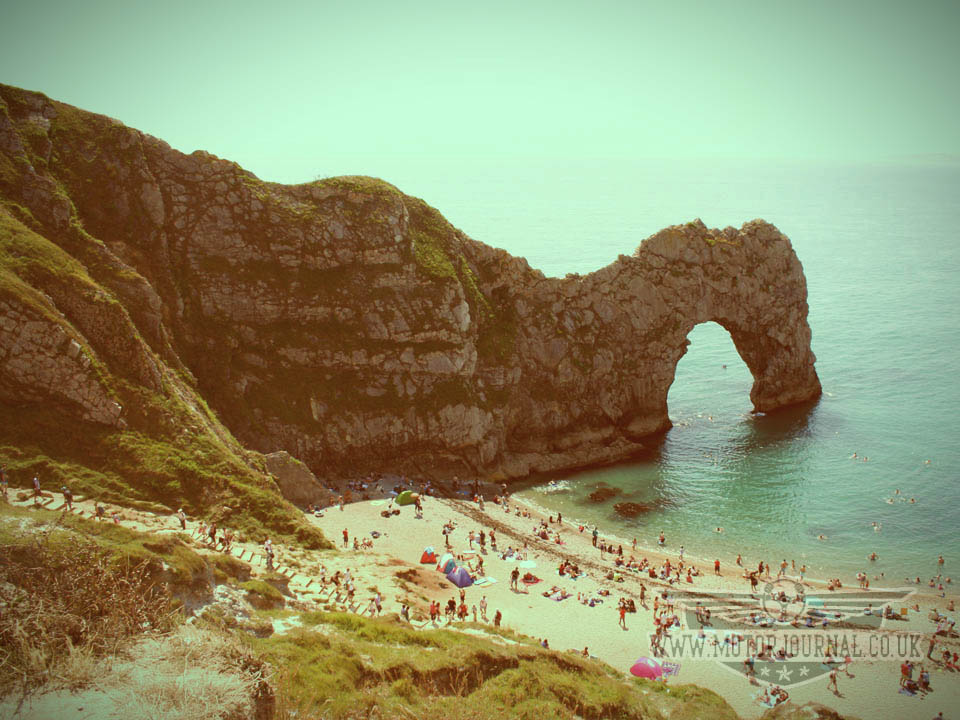 I have to say, that even with a bad back I found the seats to be fairly comfortable, even after sitting in them for an hour and a half or so, and before long we were at Durdle Dor. I'd never been here before, which was part of the reason for going. The girls jumped out, and headed towards the beach before I called Mrs Clint back to put the roof up for me after I'd got out the car! With the roof up, they once again dissapeared towards the beach leaving me to pay for the parking, and hobble down after them! A good forty minutes later I had managed to locate them all on the beach. It wasn't the warmest day, but it was pleasant enough, and as usual my two little Monsters had transformed into Mermaids with the sight of the sea, and Mrs Clint was soaking up the sun. I on the other hand couldn't sit down for fear of not being able to get back up again, and spent the day wandering along the beach, taking photos, and listening the the sea roll in! It was pretty busy, and I did find myself wondering what it would be like later in the year, like, say the late Autumn. I think that from a photographical point of view it may well be beneficial to return, and hopefully by then my back will be feeling better, and it won't take me forever to walk along the beach and back.

After about five or six hours Mrs Clint decided she had been baked long enough, and our Mermaids were fully cleansed by the sea, so it was time to go. I headed for the Beetle, leaving Mrs Clint to round the two Mermaids up, and convince them it was time to dry off and get changed. There must be a hundred odd steps from the beach up to the path that runs up the hill to the carpark the best part of quarter of a mile away! I lugged the cooler up the steps and I was about halfway along the path when the three of them passed me! By the time I had finally reached the Beetle the roof was already down, and they were all sitting inside it eating ice lollys, mine, had by all accounts already melted!

From Durdle Dor we headed further west 14 miles or so to Weymouth. I must admit, after climbing those steps, and the walk up the steep beach path I was glad to see those seats in the Beetle. Once in Weymouth, three of us walked, and one of us hobbled around until we had found a place that was suitable for me to treat them all to dinner. Seems to me that I got a bit of a bad deal yesterday, I feel that after all that driving, and lugging stuff back to the car with my bad back I should've been the one that was being treated to dinner. But unfortunately Mrs Clint had forgotton her purse... What are the odds? My feeling is that next time we go out I shall be asking her if she's got her purse as soon as she gets in the car!

But with dinner eaten we sat about watching the Monsters playing on the beach until the sun started to dip below the horizon, then we headed back to the Beetle. With the roof down once again we set off. It was getting late, dark, and chilly. Before we had even left Weymouth the windows had been rolled up. As we passed Warmwell the heater was turned up, and the fan was on full blast. But even this wasn't enough, by the time we had reached the Shell petrol station near Bere Regis, I needed to pull over, and put the roof up. To be fair even I was feeling the chill, although I never let them know that! But with the roof up, I could turn the heater off again, and just listen to Tom Petty as the girls dozed in the back and we cruised along the A31 towards home.

I got to wondering if I'd actually had enough time with the Beetle, had I experienced it enough? To be truthful probably not. I'm almost positive I've not had my fill of it yet, but the deal had been done a month or two ago, and so in a few short days it will be somebody elses toy, and I will be on the lookout for something new. But in the meantime, whenever it's dry I'm going to have that roof down as much as possible... Not today though... It's bloomin' raining!