June 11, 2019
A few months back I was driving a new Mini, which if I'm honest I quite liked, I was glad to be in it, and I thought all things considered it was pretty good. I had owned an original Mini many years previously, and even though I knew there would be no comparisson, I did like the retro styling of the Bini. After selling the thing, I thought about another Retro styled car that I really quite fancied, the Volkswagen Beetle. While suffering with the Aixam I started a search for a Beetle, and before too long one was found. 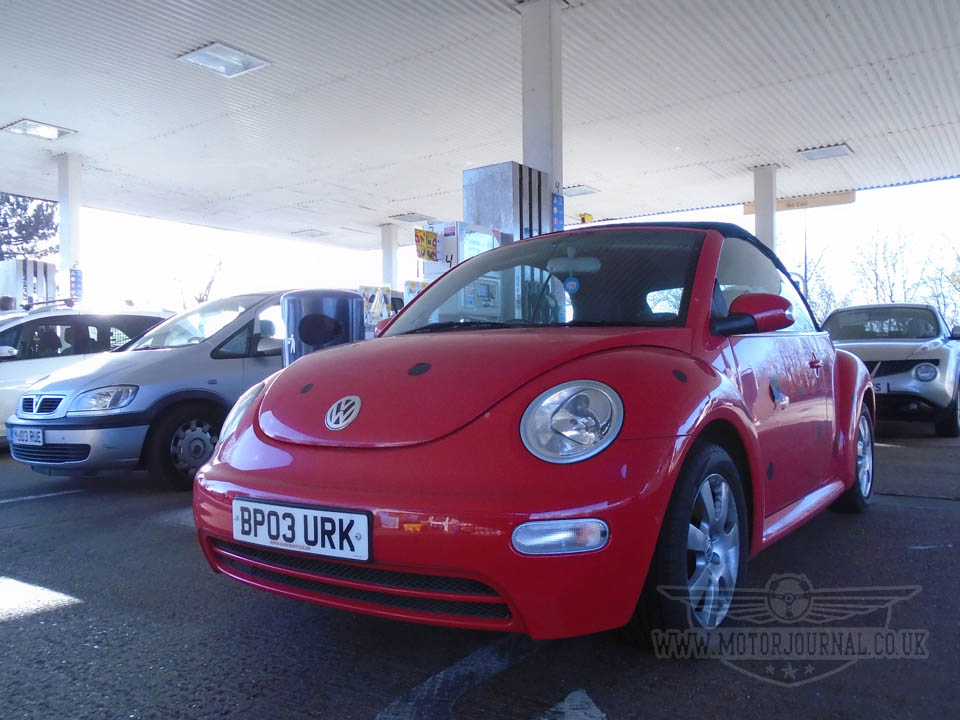 Of course, as ever it involved an 80 odd mile journey to go and collect it. The bonus to this is that I did get a rather pleasant ride on a train. Oh wait, no I didn't, infact despite the train announcing that it would be stopping where I needed to get off at Lewes train station, it then sailed right on past and finally stopped at Newhaven train station... Oh how I laughed as I boarded another train to take me back to Lewes! The other benefit to it being 80 odd miles from BelongaClint was that I would get to have a bit of a test drive on the way home.

Finally arriving at the sellers house, and apologising for being late, I was greeted by a red Beetle, with polka dots all over it, sitting in the driveway. After a brief chat, and being shown how to drop the roof down et cetera, the paperwork was done, and I handed over the funds. I got in, and turned the key, the engine started quite easily, and I watched the frankly poor selection of guages. The fuel gauge didn't move! I asked the seller if the fuel gauge worked, and he assured me that it did, it's just that it doesn't have any fuel in it! He pointed me in the direction of the nearest petrol station, and I set off. I was within sight of the petrol station when the engine, that was already couging and spluttering finally died... I was out of go-go juice! Oh How I laughed as I pushed the Beetle the last 150 yards or so into the petrol station! I filled up, while muttering about what sort of moron leaves so little petrol in a car that they're selling that it can't even make the nearest petrol station? What sort of tight ass do you need to be to do that? I paid for the petrol, took the first fill shot, and got back in. I watched as the fuel gauge sprang into life as I turned the ignition on. I then cranked it over, and over, and over, and over, and over, and over, and after about a minute of cranking, it started! We were off! On the way home I thought about why I'd bought this thing in the first place. 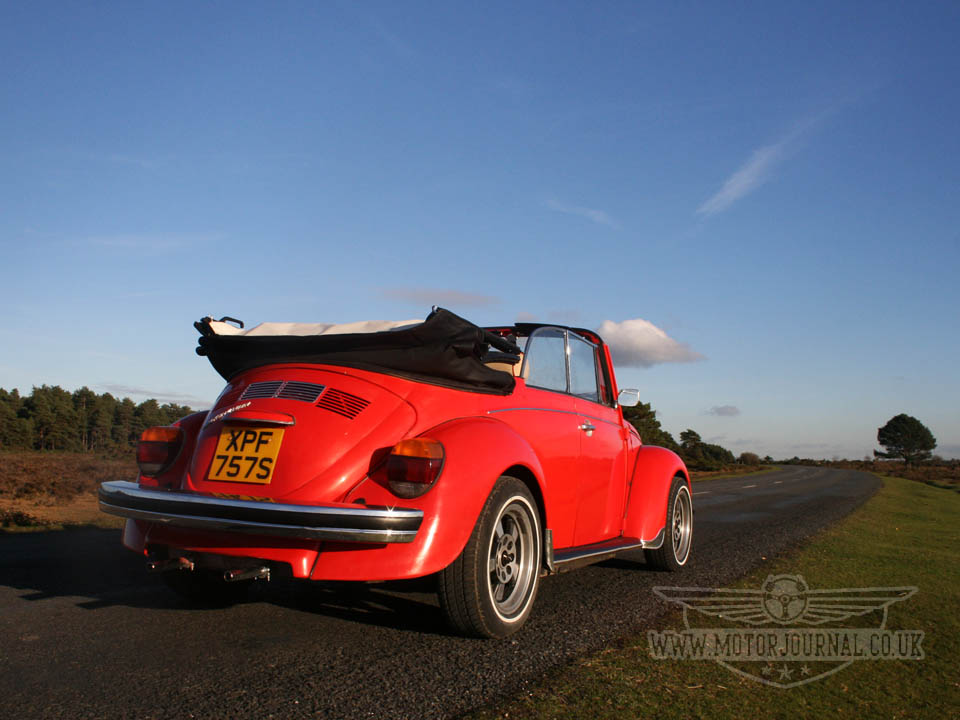 The reason for this was that when they came out, I liked them. I had an original Beetle Cabriolet many moons ago, and although I really didn't get the Beetle thing I have to say that I really liked that car. By the time I sold that little car I completely understood why people like them, and how they get under your skin. When I sold it, I thought that at some point I needed to have a new Beetle Cabriolet, and it also needed to be red. The only problem was that in between having my first Beetle Cabriolet, and this one, I had this thing... 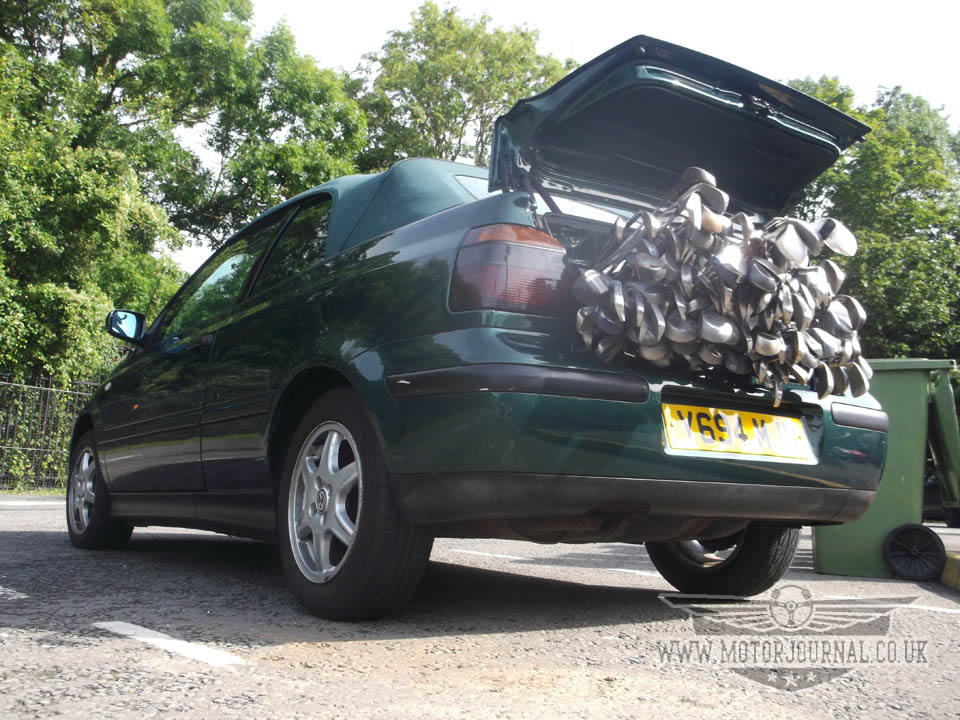 A Golf Cabriolet. Much like the Beetle thing, I didn't see the attraction to Golf ownership, but having been pleasantly surprised by the Beetle I decided that I should take the plunge, and find out what a Golf was all about. Well if you don't get the 'Golf thing' as I didn't, I am certainly not going to try to convince you otherwise. I still didn't get it, if it wasn't for the convertible roof this would've been a very bland car indeed. But thats not to say that it was a bad car, it wasn't, its just that I felt the same way about it as I do about the white appliances in my kitchen. They all do the job quite well, but I never feel the need to say to anyone, Ohh, check out my Fridge-Freezer, and that's pretty much how I felt after owning the Golf, it's a good appliance! Knowing that the new Beetle was pretty much just a Golf in a pretty party frock I was concerned that I wasn't going to enjoy it. Well the 80 odd mile drive home was pretty unevenful, I listened out for any noises that it made, and kept an eye of the sparce collection of gauge that I had, and all seemed well.

Upon arriving home, I felt comfortable with my new purchase, but I felt that those polka dots that were hap hazardly arranged all over the bodywork needed to go. I wondered what kind of crazy person would put them on there in such a manner, why wasn't the pattern symetrical atleast. After about an hour of peeling off the various sized dots I was looking at this... 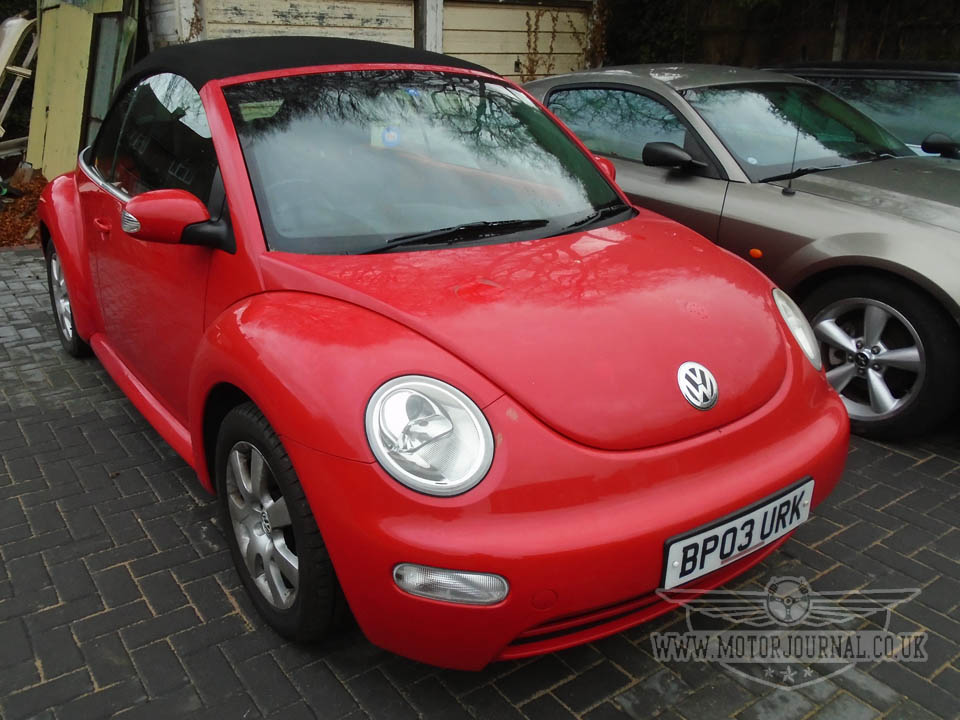 Far better... Ish! I have my answer as to why the polka dots were arranged in such a hap-hazard manner. They were strategically covering blemishes in the paintwork, namely small scratches, chips, and lacquer peel! 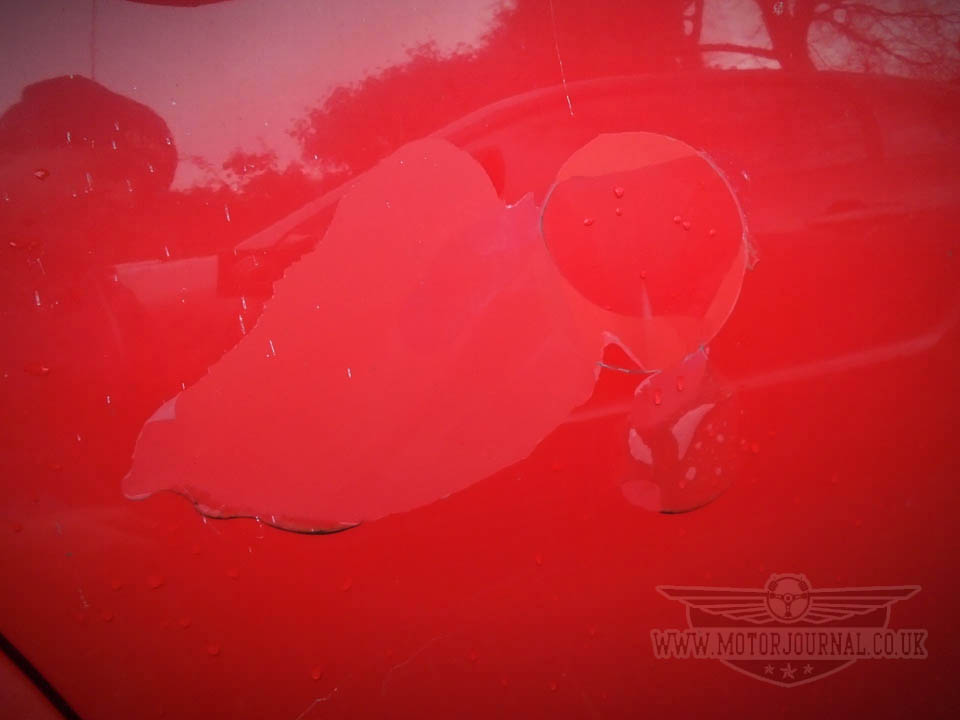 The worst of which is in the middle of the passenger side door! I'm not quite sure what I'm going to do about this yet... Perhaps some polka dots? Probably not, but I can see some sort of graphic going on to try and tidy it up a bit! 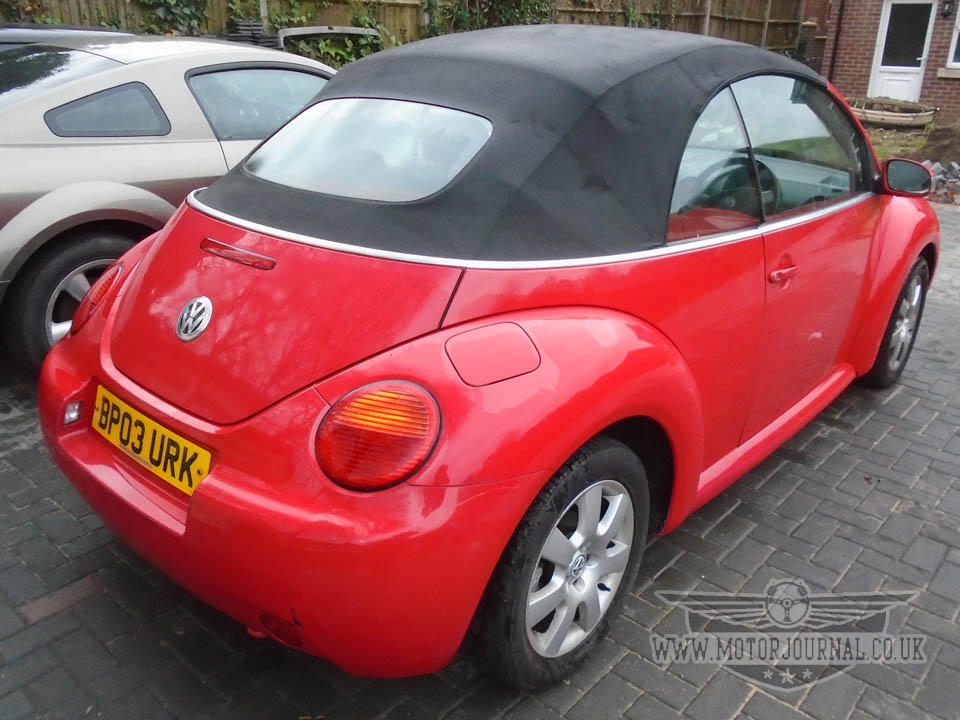 So how do I feel about it? Well, despite being Golf based I don't feel as disappointed with it as I was with the Golf. I dunno, perhaps the pretty party frock is a winner for me, or perhaps its just that it's infinately better than the Aixam! Having said that, I don't feel as surprised with it as I was with the original Beetle. It's nice enough, but on a dull old day like today it's just not what it's all about. Roll on Summer when I get to get out and about in it with the roof down and the wind in my... erm... Scalp, and see what this thing is all about.