April 15, 2019
I'm still not in love with this junk. But it has to be said that on the school run it's pretty darn good! Well, no, I guess that's not strictly true either, it's pretty darn good at nipping through the traffic, but do I like driving it on the school run as much as let's say, my Mustang? No I do not... I don't even like driving it on the school run as much as I liked driving the Mini that I swapped it for! But why is this? Well, for want of a better word it's crap! It is without a shadow of a doubt the most agricultural vehicle I've ever owned, and I've had Tatas for crying out loud, and they're just one step up from a tractor! I guess it's main problem, apart from having the structural integrity of a Tupperware sandwich box is that it's so noisy in the cockpit. Trying to talk to my nine year old on the school run   is near on impossible! It's so bad that she actually signs at me, however as I have to grip onto the steering wheel which vibrates harder than Mrs Clints Hitachi Magic Wand I can't sign back, and so the conversation is somewhat one sided in the morning!

I decided the other evening that I would take it out for a bit of a blezz about on my own, just so that I could see what it was like, late in the evening without any distractions. 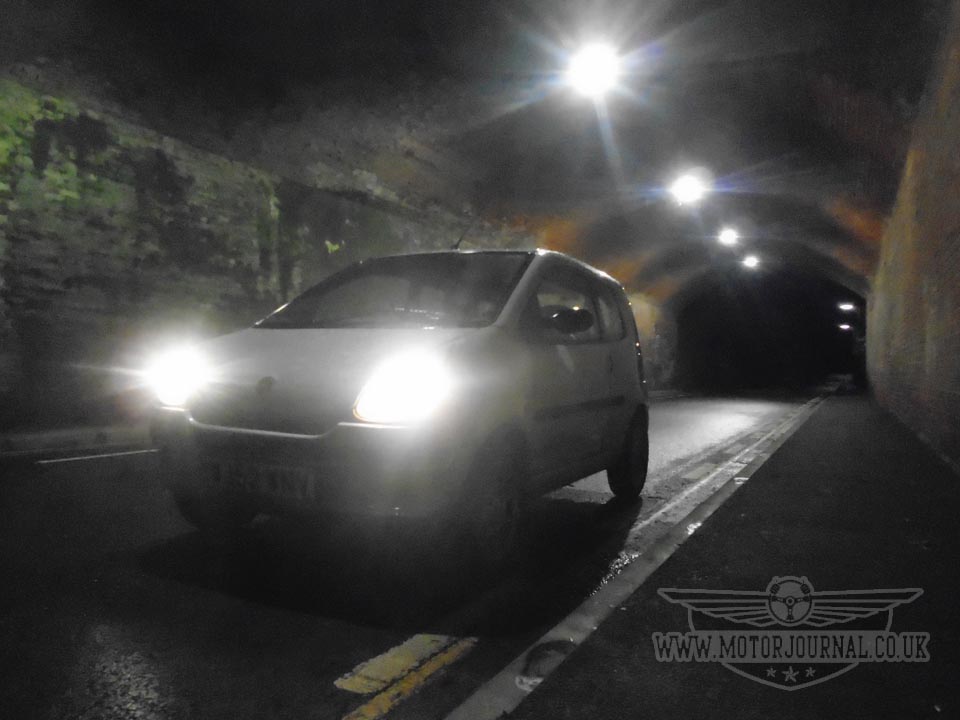 I headed out, it was pretty chilly and damp, and inside the car was not that much better, but in the plus column it has to be said that the heater is pretty good, and within minutes I was being cooked alive inside the little thing. Of course, despite the heater being good there are drawbacks, firstly, it's really not having to heat much, and secondly, you can't shut the damn thing off! I've twiddled the heater knob round and round and it seems to do absolutely nothing, but I guess I can always open the window a little bit!

I've been watching the fuel gauge for some time now, as I'm driving it, like everything else in the cockpit it vibrates wildly, and constantly flickers between half full, and empty. I've been driving it for a fair while now, and when I'm stopped, and the vibrations of the cockpit are at their least it would appear to be empty, and so, with the thought of taking it out for a long drive alone I figured that now was as good a time as any to fill up, so without further ado, here's the first fill shot! 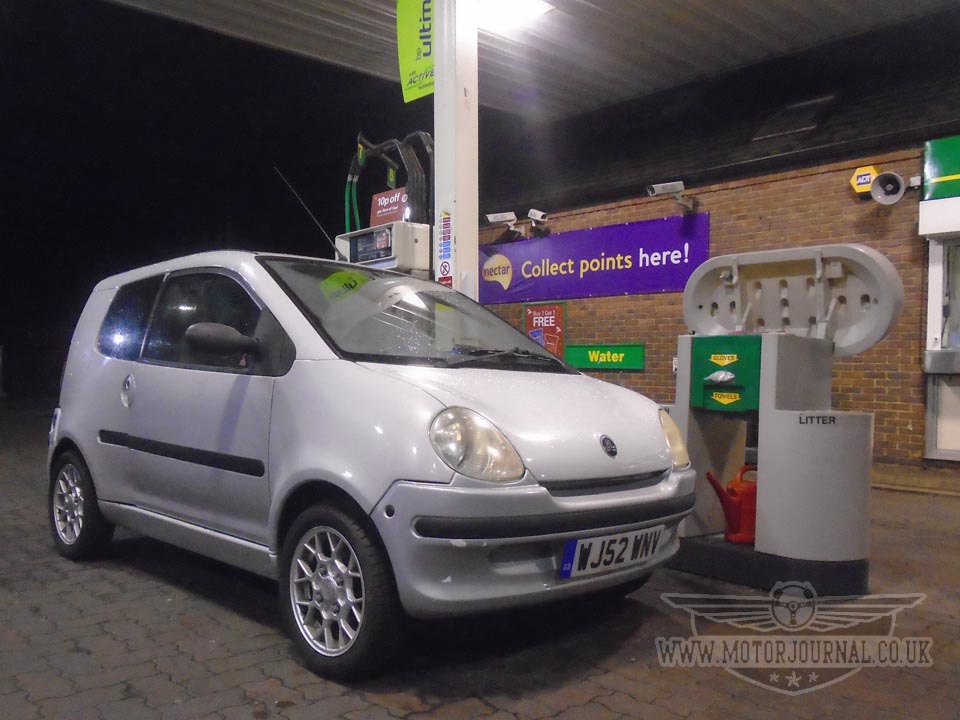 I brimmed it, and managed to get 15.57 litres into it which cost me £19.00, so I'm guessing that the fuel tank is around 16 litres in which case I had about a half a litre still on board. I headed back out into the night, I had no particular place to go, but I had the radio on for company... Some company that was, I couldn't hear a thing, but it was nice to see the graphic display dancing away, and the glow of the knobs on the dashboard.

I decided that the way forward was probably not to go too far from home, but do some sort of a circuit. I didn't really fancy any motorway driving, as even late in the evening theres still a fair amount of larger vehicles out there. Similarly I didn't fancy taking on lots of twisty country roads either. I did a couple of laps of town before plucking up enough courage to head out on some dual carriageway for a bit of top speed testing. I decided that this high speed testing should take place along the 3.7 mile stretch of tarmac called the A31 between Winchester and Alresford. Before long I was blasting along the A31 flat out. The engine was screaming, and everything, including the fillings in my teeth were rattling inside the cockpit. I thought that by the way everything was rattling and screaming by now I must've reached top speed! This must've been how Chuck Yeager felt on October 14, 1947 when he flew the experimental Bell X-1 at Mach 1 to become the first human to officially break the sound barrier! I looked down at the speedometer, yep, this was how he felt alright, and I was flat out! 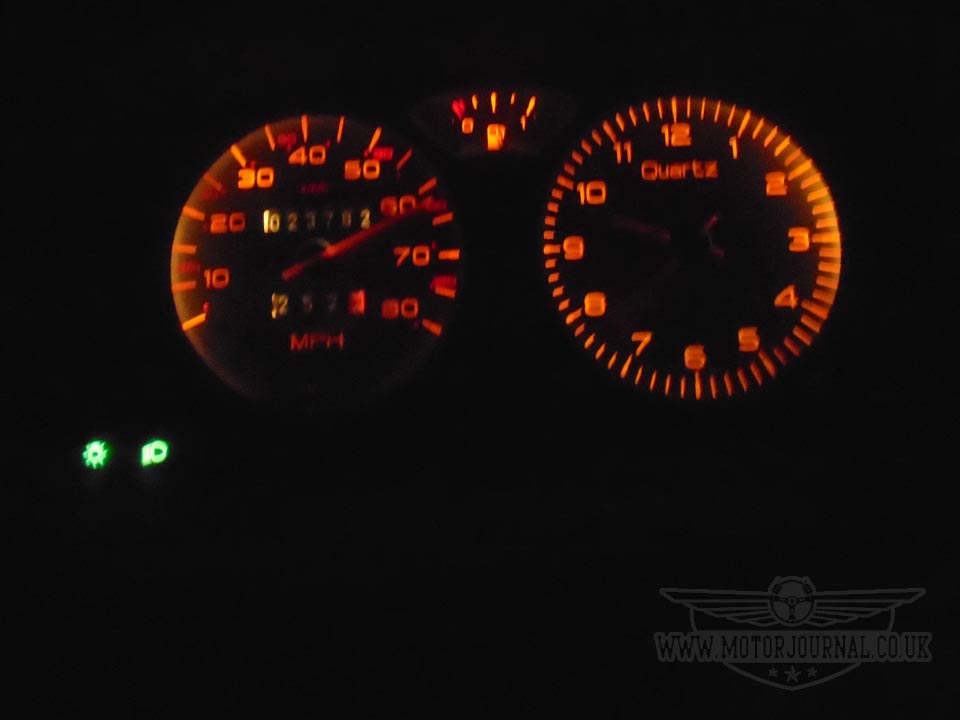 I was almost at 62 m.p.h! Although it has to be said that it felt much MUCH faster! I really expected that needle to be embedded somewhere in the part of the speedo where it says 'MPH'! Nevermind, I thought, I've still got 3.7 miles of A31 to go back on yet! I went around the roundabout and started my return run! Foot hard to the floor as I started to pick up speed there was absolutely nothing about, and the little 500cc digger engine was screaming like a banshee! I gripped the wheel ever harder, scanning the horizon for anything that might cause me a problem like for example a wayward field mouse! There was nothing, I was good to go for a full speed attempt, of course, the return road is mostly up hill, and so the very best I could get on the way back was just under a whopping 55 m.p.h. If I ever get a speeding ticket in this I will be very dissappointed! Before long, and with a top speed of (nearly) 62 m.p.h. confirmed I was bimbling about the town again! 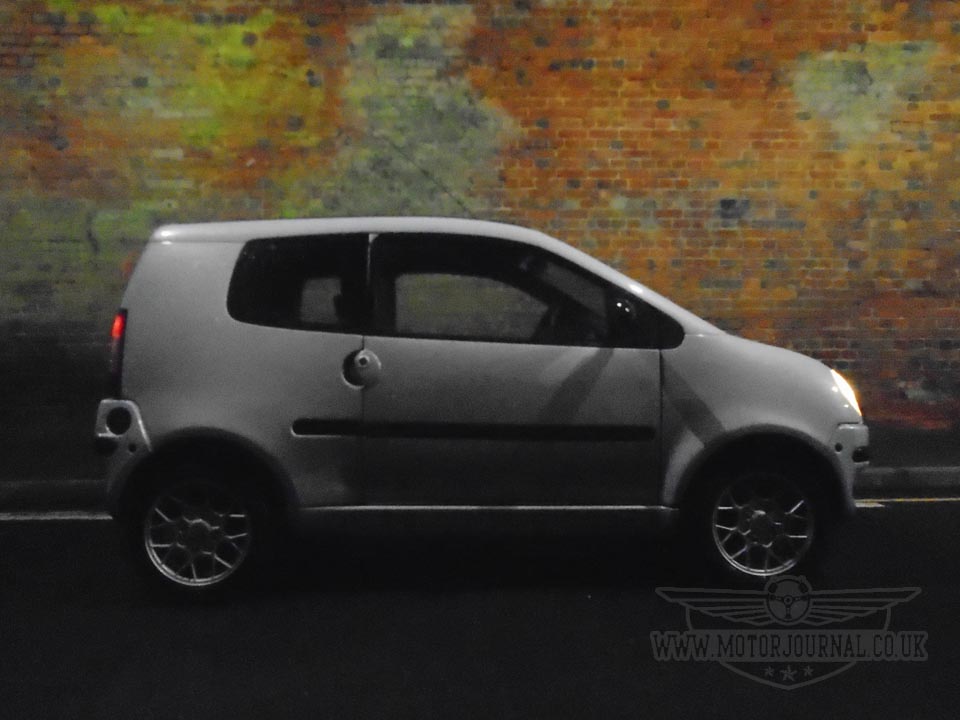 I got to thinking that it doesn't really matter to me that it's not fast. I don't drive much faster than that most of the time anyway, besides, even though it's not fast, it was still more than fast enough to be exciting, if not downright terrifying! What did matter to me though was that the almost eight mile high speed attempt had used over a third of the fuel that was in the tank according to the wavering fuel gauge needle! If, as  I suspect the fuel tank holds 16 litres, thats about 3.5 UK gallons. So if I have actually used a third of the fuel that I had put in before doing my eight(ish) mile high speed run, that means that I was acheiving around eight miles to the gallon!! EIGHT!!! I've had big old American V8 engined cars that acheive better fuel economy than that! Thats just madness from something so small! I drove on, still wondering if my fuel economy was what it seemed to be, or if somehow I had made a mistake with my calculations. 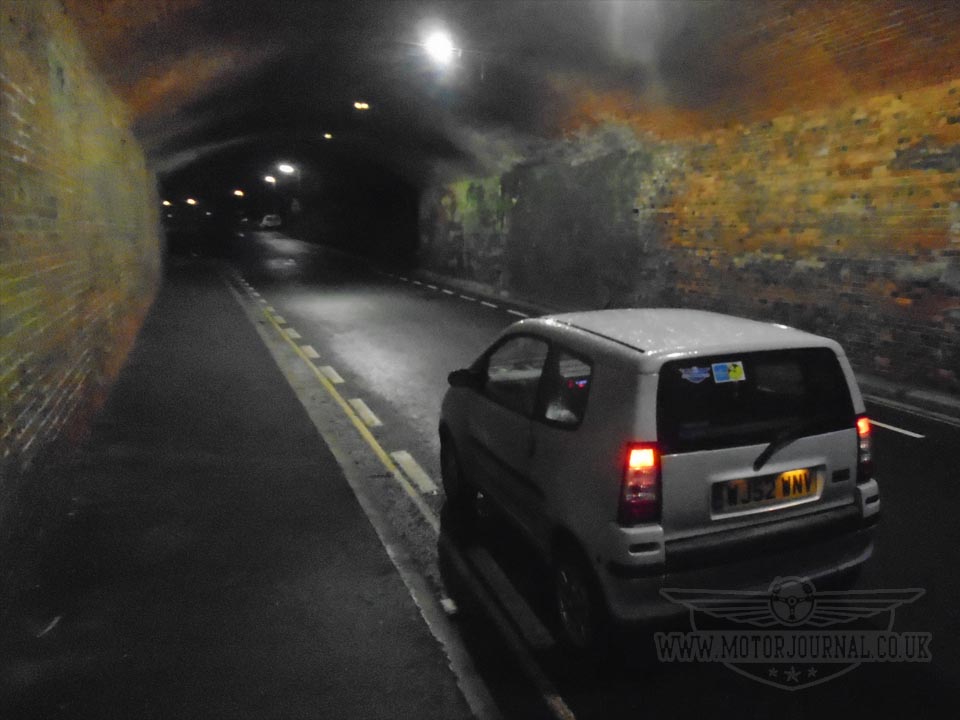 When I left home I had wanted to drive for about an hour or so to really get a feel for the little car, and so, with about half an hour to go I did a big loop of town, going right to the outskirts, and into the villages, going along the small country lanes was concerning, I wasn't going very briskly, but I was constantly on the lookout for oncoming headlights. Thankfully none came, and before long I was heading back to BelongaClint. I'd only been out a little over and hour, but it felt much longer. My ears were ringing from the constant din of everything rattling in the cockpit, combined with the engine screaming away under the bonnet. But worse than my ears ringing is that my hands were numb, or, not so much my hands, but my fingers. I think that if I drive this thing for long periods at a time, over time with the vibration of the steering wheel I'll probably wind up with white finger! Years ago I was spending days on end drilling walls with a big heavy concrete drill, and driving this car for an hour or so has left me with exactly the same feeling, or should that be loss of feeling in my hands! In my opinion, thats not an ideal feeling for a car to cause you when driving it. I've no idea what an Aixam should feel like, so I don't know if I have got a bad one, or if they are all like this? My feeling is, that this is just how they are. I feel that this car won't be a long term keeper, mainly because I value both my hearing, and my sense of touch. But having said that I'd like to think that it's probably still good for the school runs, but I'm going to need to really keep an eye on the fuel consumption, as it will most likely be that which decides if this is worth keeping or not.