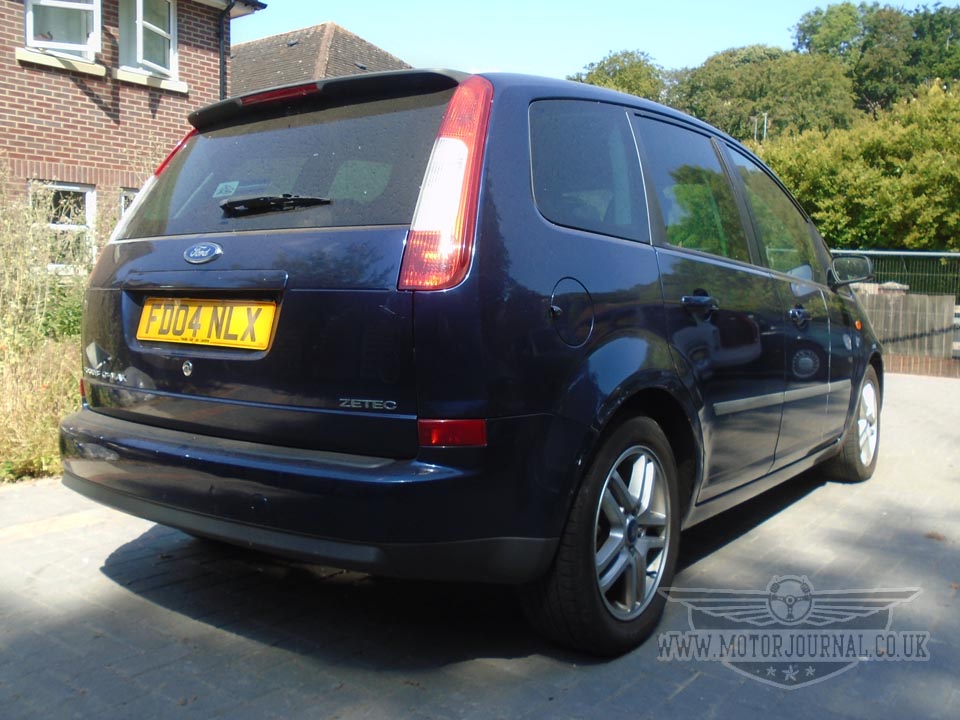 Perhaps I'm being too harsh on it. I mean its a perfectly adequate car, it's just that when Ford designed it, they probably didn't have guys like me in mind as their target audience. This, much like the Honda CR-V that came before it is little more than a tool for moving people, and their belongings from point A to point B without any fuss or excitement. In all honesty it would probably do that very well indeed, but, it's not for me. Anyway, when I got it, as I'm sure you remember it was not in the best of health, and on the way home from buying it, it made that perfectly clear by breaking down! So what was wrong with it? 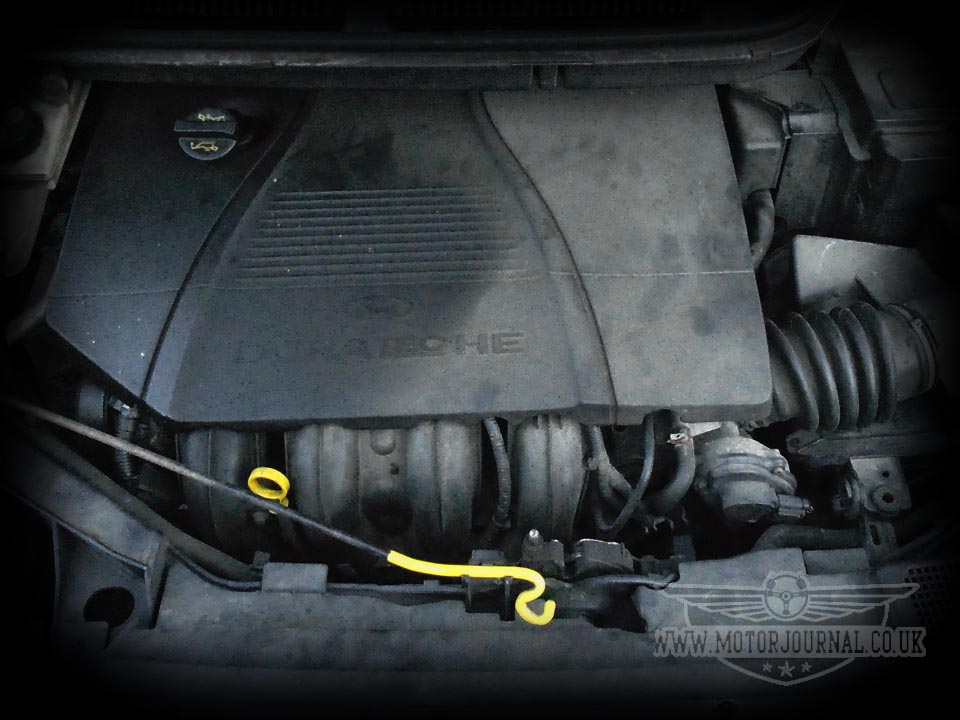 Well, according to my mechanic friend it looked like it hadn't been serviced in forever and a day, and its misfire was due to old HT leads that were split in places, and arcing on the block! So with some newer but still second hand HT leads, the plugs cleaned up, and some fresh fluids it was handed back to me. My mechanic friend still confused about why I bought it in the first place. I'll be honest, I've still not really worked that out! But never the less, it does drive now, so I do at least have a fully functioning car on my hands. Which is a heck of a lot better than what I had the other day when I collected it! 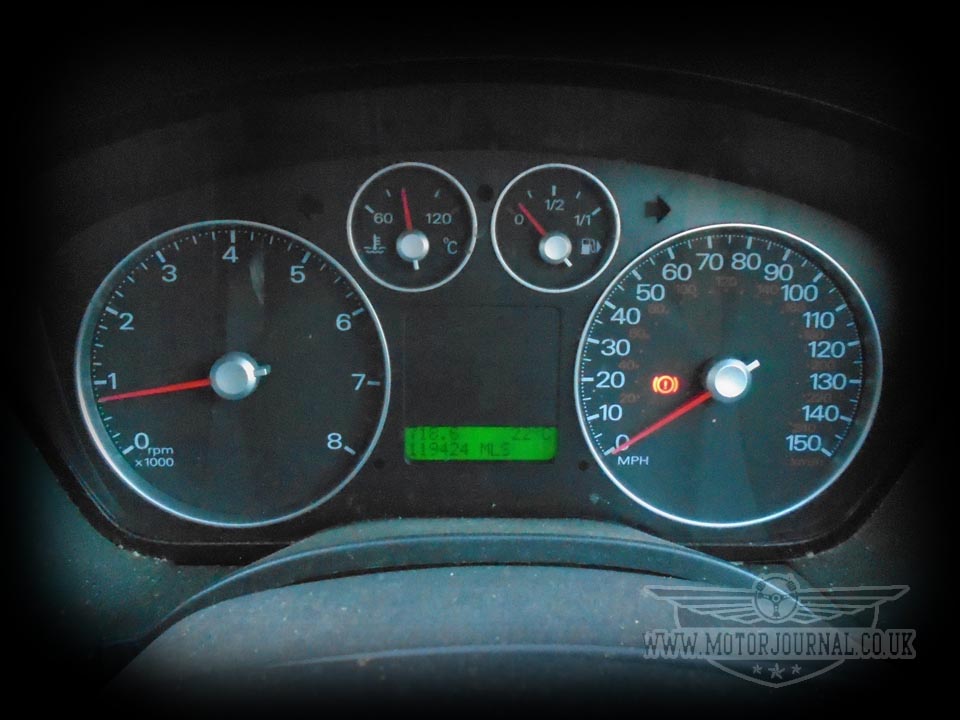 With 119424 miles on the odometer I parked it up outside BelongaClint, and patiently awaited the return of Mrs Clint. Before long I heard the familiar sound of the V8 rumble of my Trans Am, and as I looked out the window Mrs Clint burbled past. I thought that I'd get out there and intercept her before she made it into the house. After my afternoon of driving and thinking in the Celeste I had come to the conclusion that I was going to show her the C-max, but if she wasn't interested I wasn't going to try too hard to talk her into it. As she approached I said cheerfully, I've got your new wheels! She just looked at me and said, it had better be good. I said slightly less cheerfully, erm, I've got your new wheels! So she said, well come on then, let's see it. I said, it's right here, and opened up the drivers door so we could take a test drive. She looked at it, looked at me, looked back at it, and then finally looked back at me again and just said, No, that's not it! I said it is, have a test drive, see what you think. With that she told me to go and collect our littlest monster, and headed off inside! Now, in the past I've been known to miss obvious signs when women speak, but my feeling is that she doesn't like the C-max... Not even a little bit! Anyway, I got into it and headed off to collect out little monster. Picking her up she said, wheres our car Dad? I said its here, and opened up the door. She quietly got in, and I closed the door before wandering round and getting into the drivers seat. I sat down and my eight year old daughter just looked at me and said, what the heck is this thing Dad? It's crap! So thats two out of three of my women who don't care for it. I wondered what the eldest monster would think? I figured she would be the hardest critic. Pulling back up outside BelongaClint the eldest monster came out and said, Mum says we've got a new car. I said, we have, this one. She looked at it, and then back at me before saying, that can't be it, whats wrong with you? Well thats all of them then! My feeling, as I sit here many hours later and they've still not looked at it never mind been in it is that we're not keeping this one long! 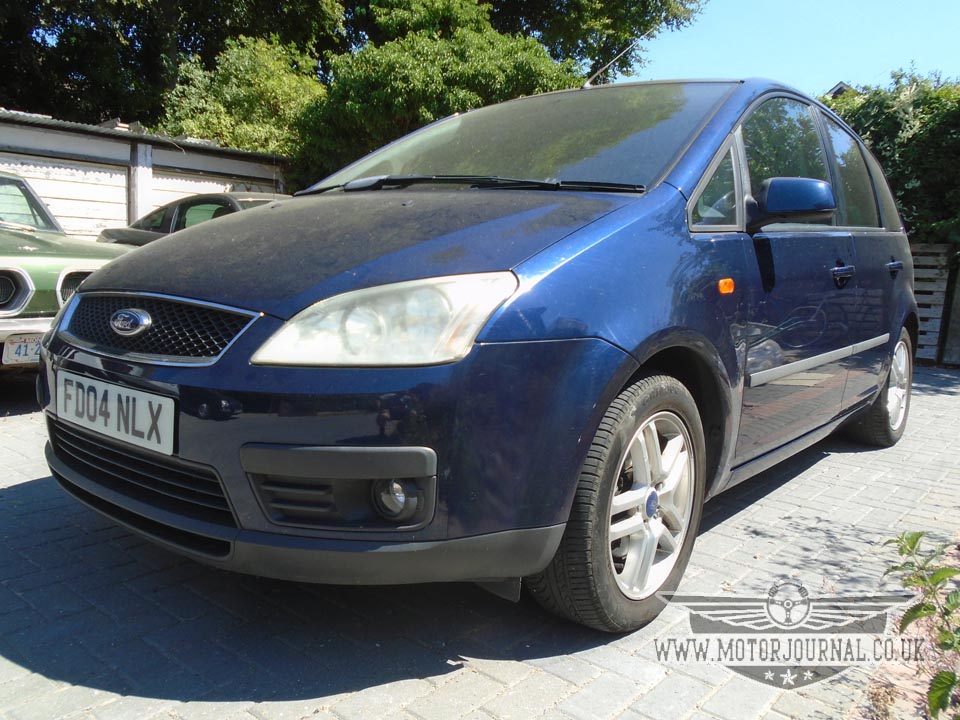 The thing is, I'm not that enamoured with it myself. I actually feel quite ashamed that I have bought the thing in the first place. I have a little book which is simply called 'The List', and in it I have written down every car I've ever owned, year, make, model, and colour, and there at #87 it just says 2004 Ford Focus C-max. Blue. The eighty-six cars that have been logged before that have all be cars that I have wanted to own for some reason or another, and I can honestly say that I have never wanted to own a C-max! Sure, there are people carriers on the list, but the C-max isn't one of them. I am actually quite disappointed with myself for buying it in the first place. Therefore I'm not going to try and convince them that this is the way forward. I have said that it would just be temporary, but that was met with a firm No! Not even temporary! There is very little I like about it if I'm honest. It drives ok now, but it does nothing to me to drive it, and when I look at it the only emotion it stirs in me is shame. I would actually go as far as to say that the CR-V is a more exciting vehicle in every aspect, at least that thing has a built in picnic table! I think the only thing that the C-max actually has going for it is that it has four fairly new tyres on it, and thats it. That really shouldn't be the best, and only good thing you can say about your car in my opinion. The funny thing is, twenty to thirty years from now there's going to be guys like me restoring and modifying them, and excitedly telling everyone about their cool Ford C-max on forums like Retro Rides or something, and everyone will think what a cool car the C-max is. They'll all be saying that they remember going here, there, and everywhere in their Dads C-max when they were kids, and that's what will make this car cool. But it looks like my two little monsters wont have that tale, because as I write this they've both told me in no uncertain terms that they don't want to ride in it, and Mrs Clint has told me that I need to try harder! It's like my school report all over again!