July 29, 2018
As Alice Cooper once said, Schoooooool's out for summer... Schoooool's out forever!! Finally, the school Summer holidays have arrived. As a child I couldn't wait until the Summer holidays every year, I pretty much counted down the days from the first day of the Autumn term. As an adult it really meant nothing to me, other than the roads were usually a bit quieter on my commute to work in the morning. However, this was before I became a parent. As a parent once again I find myself looking forward to the Summer holidays again. Don't get me wrong, I enjoy the other holidays, but the Summer ones the best! Warm, light evenings, days out with my two little monsters, barbeques, we have a great time. Today I was originally going to be telling you about the Simply Japanese show at Beaulieu, however, as the school Summer holidays have commenced, I find that when I look out my window at BelongaClint a monsoon is taking place. Summer holidays my foot... Endless weeks of warm, dry, sunny weather while I'm stuck at work and my two little monters are stuck at school. First weekend of the Summer Holidays and Winter is back with a vengeance! Great! Well, ok, seeing as I'm stuck indoors for the day I might as well tell you about the last day of school, or, if you prefer, the first day of freedom!

It was a lovely day last Wednesday when school finally ended for the year, so we decided to head to the Beach for a little kick back and fun in the sun for the evening. It seems that as we have some friends who don't drive, we'd need to take two cars, Mrs Clint took her Honda CR-v, and I took the mighty Daewoo! The Womenfolk, of which there were five all squeezed into the CR-v, and the Menfolk, of which there was three, plus my eldest Monster who, although she is a girl technically, is a lot more manly than most boys her own age, so that made four, all climbed into the Daewoo. There is masses of space in that thing, and even if there was five of us in there, there would've still been masses of space in that thing! The Womenfolk, to my dismay decided that they would lead the way to the beach. Now, I'm sure I've mentioned this before, but Mrs Clint has absolutely no sense of direction, couple this with having no idea how the sat-nav works, I felt that we were probably all in for a mystery tour! Honestly, even when I've put the co-ordinates into the sat-nav for her, she will then argue with the thing, until she is lost!

Anyway, although Mrs Clint was 'leading' I did give her the occasional flash of the headlights, or toot of the horn with whichever indicator I should have on to make the turn, at whatever junction we were coming up on. By all accounts, my littlest Monster, who is the navigator of the family, also helped to point her Mum in the right direction too. So before long we had arrived... 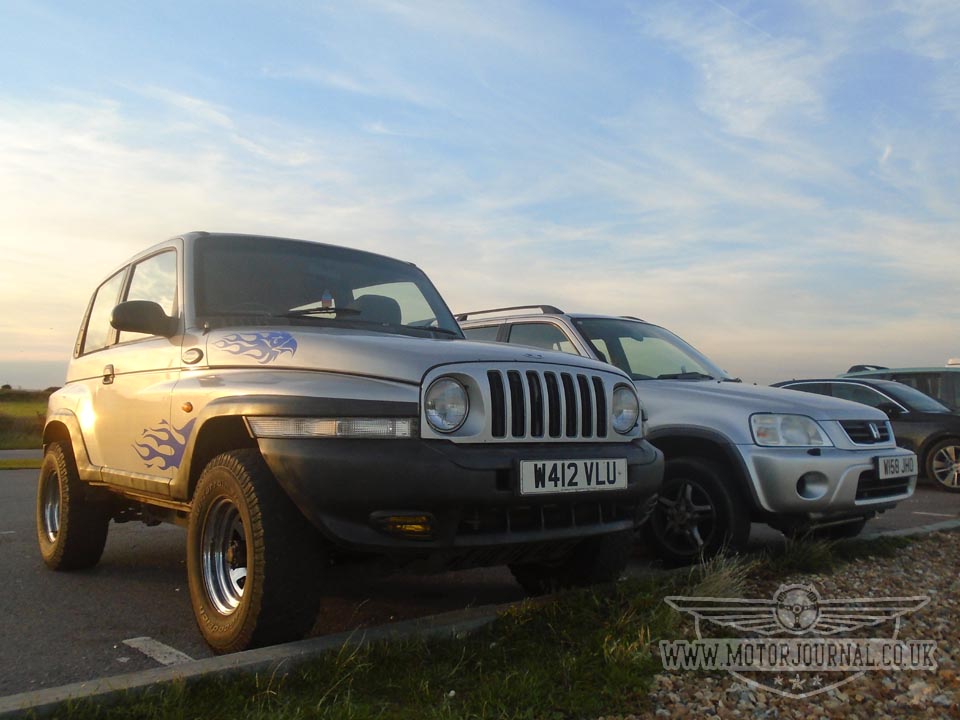 And I got my ears chewed off for about ten minutes by Mrs Clint, because apparently she's not stupid, and she knows where she's going! However, according to my little navigator, Mummy was arguing with the sat-nav again, and I was a moron for keeping on flashing the lights!

Anyway, upon arrival at the beach it was safe to say that we pretty much had it to ourselves... 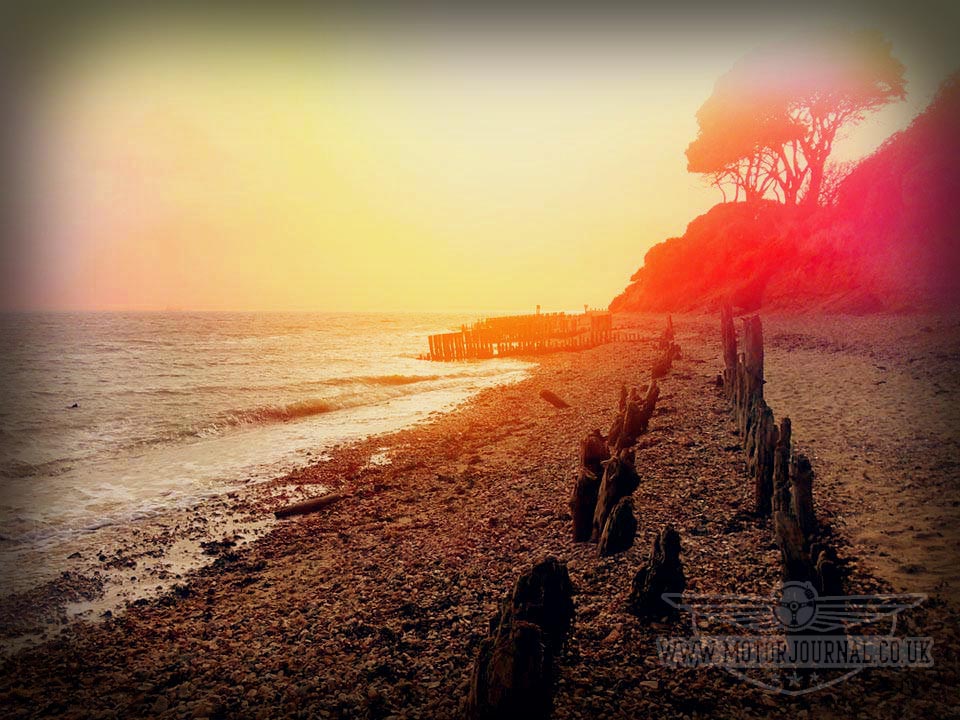 Man alive I love it there, infact I'd go so far as to say that I love it at any beach. When I was a kid I always thought that I would love to live by the sea, and travel the world alone and live more simply, and to an extent I did once live by the sea. But clearly that itch wasn't scratched nearly hard enough. I'm not too sure where my love of the beach comes from, as a child my Dad hated, HATED the beach, and so we very seldom went. However we would occasionally go to Hayling Island with my Mum, and my Auntie. One of the few memories I have of the Summer holidays as a very young child in the Seventies was driving across the bridge onto Hayling Island in the back of my Mums Consul Classic. My Mum and Auntie up front, and my Brother, Cousin, and myself in the back. I can still feel the warm wind blowing through the window, and blowing my hair as we drove along. But that was a very very long time ago, however, I hope that I am installing some memories like this into my own childrens memory banks for them to look back on with fondness. 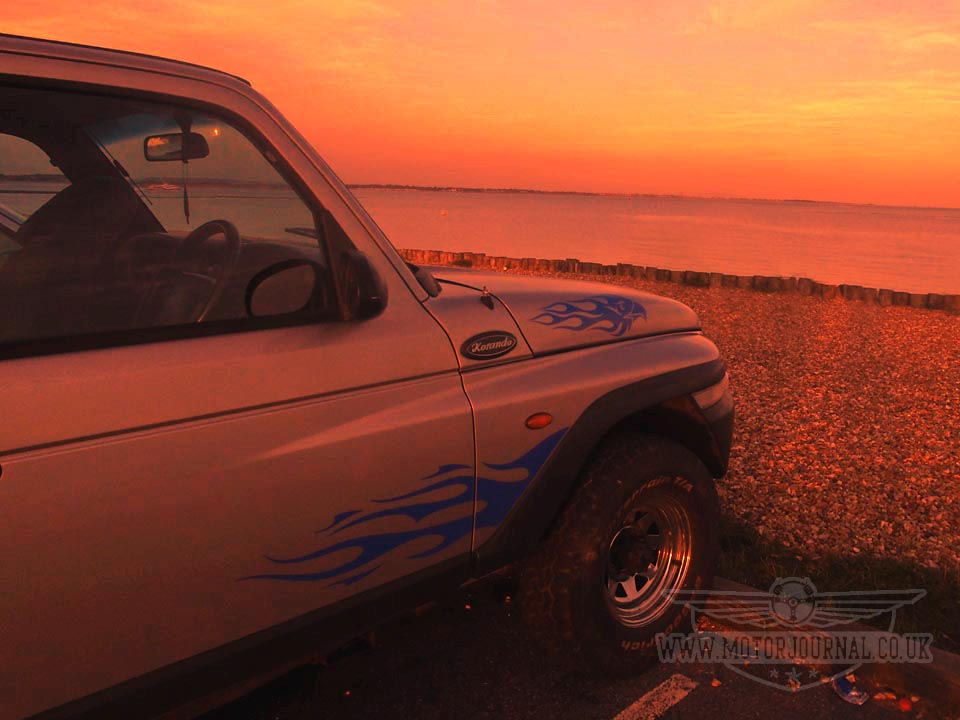 Just look at it, endless, empty, fantastic! For me it doesn't even need to be a sandy beach, shingle is fine. I'd had a rubbish day at work, dealing with idiots that I really didn't need to deal with, and as I sat there listening to the sea gently lapping away at the stony shore I could litterally feel the tension, and stress of the day slipping away! All five of the children played together, finding little crabs in little pools. Then we all sat down together for a nice barbeque, and some good food. I really hope, that like most years this is just the first of many evening trips to the beach for a barbeque, and to relax with friends, no fuss, no idiots at work, just kicking back with friends and enjoying the warm Summer evening... Perfect. 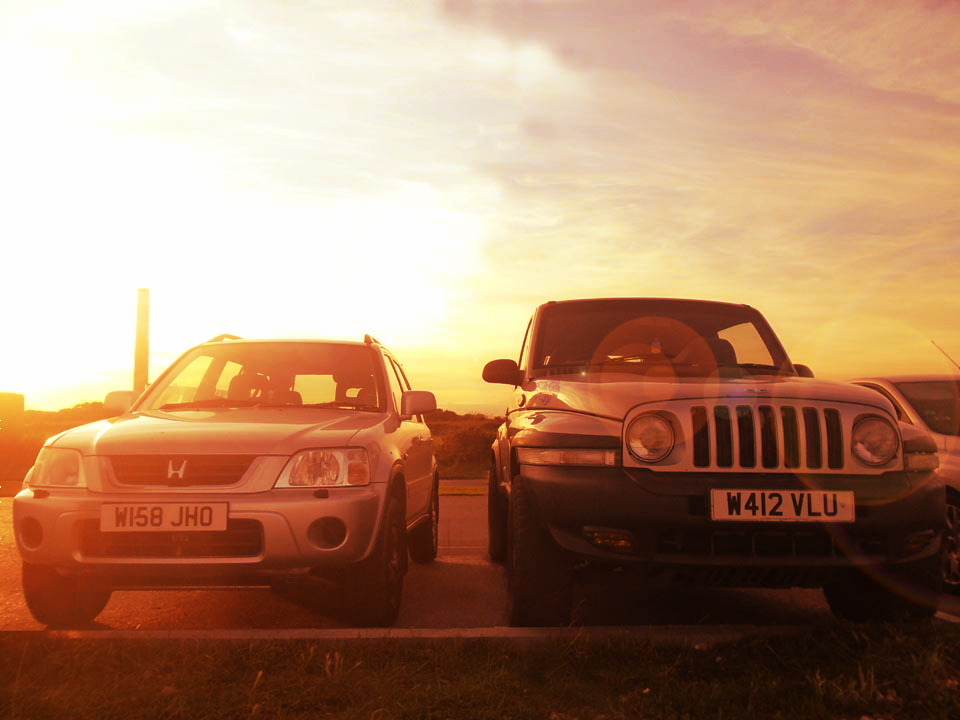 As the big golden orb started to head towards the horizon I thought I'd just grab a quick photo of the Daewoo next to Mrs Clints CR-v, just so that you can see just how large it really is. It really is large! I know that perhaps it doesn't look big next to the CR-v, but when I'm driving along in the thing, it feels massive. I'd go as far as to say that it feels much bigger than the Chev-suzu, like I said, even with four of us in there, there was still plenty of room. In all honesty I think if it had a bench seat in the front it would seat six without any trouble at all. Big, roomy, comfortable, and best of all, still got quite a lot of fuel in it from the previous owner! So much so that after we had decided to stay on at the beach after we had collected some drift wood, and the sun had set, I used just a splash of the petrol from the can I'd been carrying around since we bought it to get the fire going! 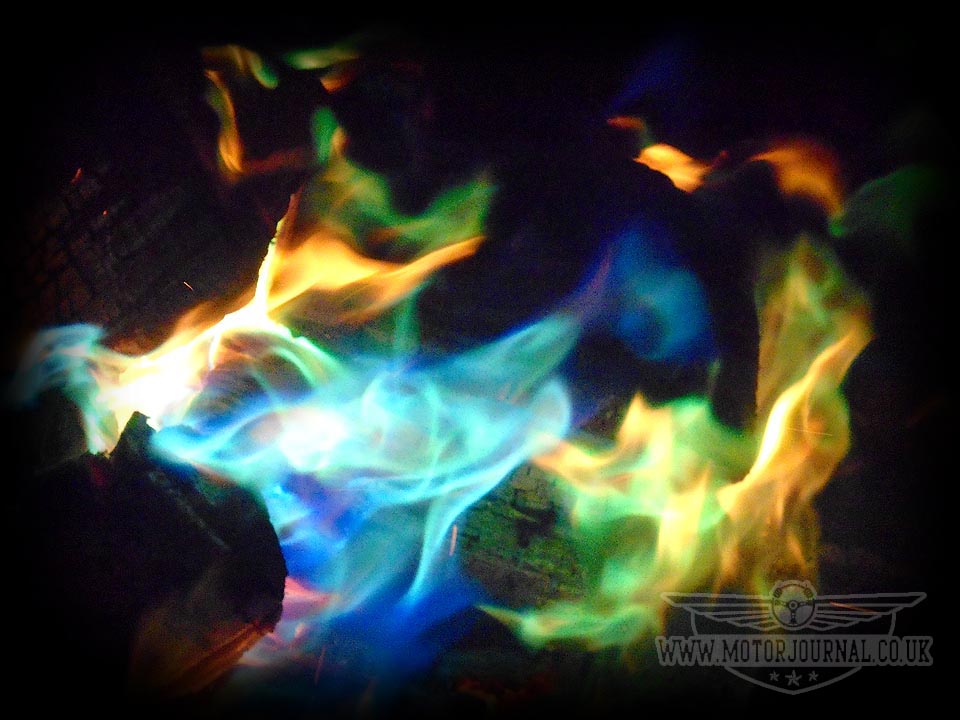 As the sun dipped below the horizon we all huddled around the fire, toasted marshmallows, and drank far too much fizzy drinks to be healthy. We stayed there until about midnight, feeding the fire more wood, chatting, and just enjoying a totally relaxed evening, while the children played. I really wish that every day could end like this, infact I wished that the day would never end! Hopefully before too long the sun will be back and the Summer can re-commence, and this will be but the first of many relaxing evenings by the sea, as the Kinks once said, Sea, don't ever set me free, I always want to be by your side!