July 05, 2018
What a beautiful day! The sun was out, the birds were chirping it was a perfect day... For seeing just how well the Daewoo Korando drags a trailer along the road! 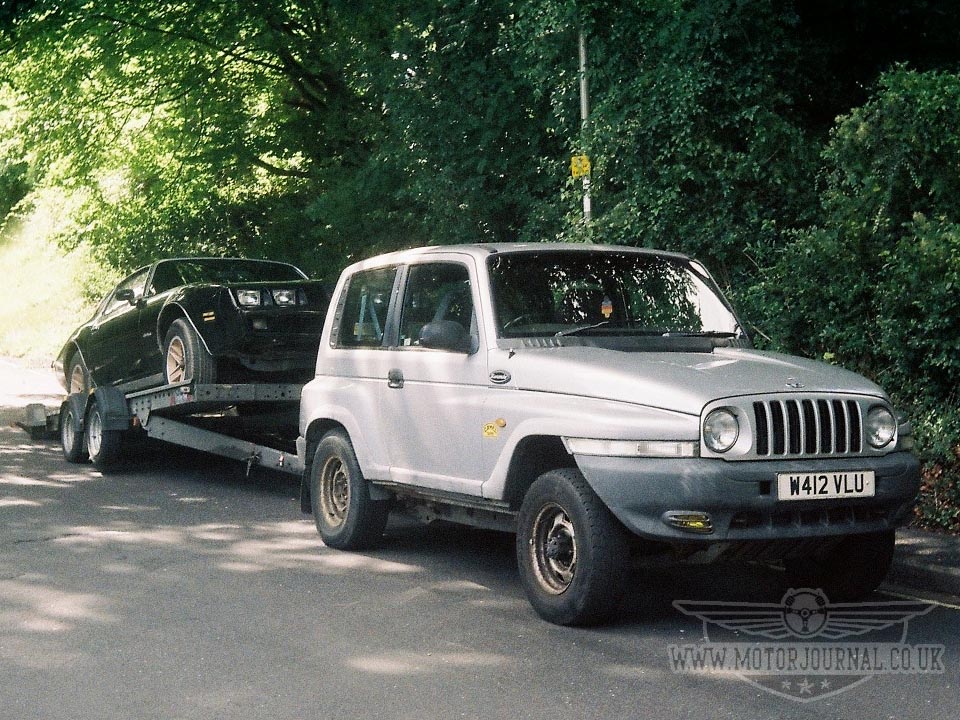 The Trans Am needed a few odd jobs attending to, nothing major, but niggly things like making some runners for the seats so that they can be adjusted rather than just being bolted hard to the floor! This sort of thing is not my foray, but thankfully I know a man whos it is. So it was off for a short jaunt through the New Forest to my friends workshop. The main reason for buying the Daewoo in the first place is so that I have something I can pull a trailer with, however I must say that I have been putting off pulling a trailer with it. I just didn't feel comfortable with the idea of towing with it. This is because I would normally tow with some sort of pick up, as I have found that they tow really well. However the one time that I towed with something other than a pick up it wasn't great. The car was a Ford Explorer 4x4, and frankly that should've towed brilliantly... 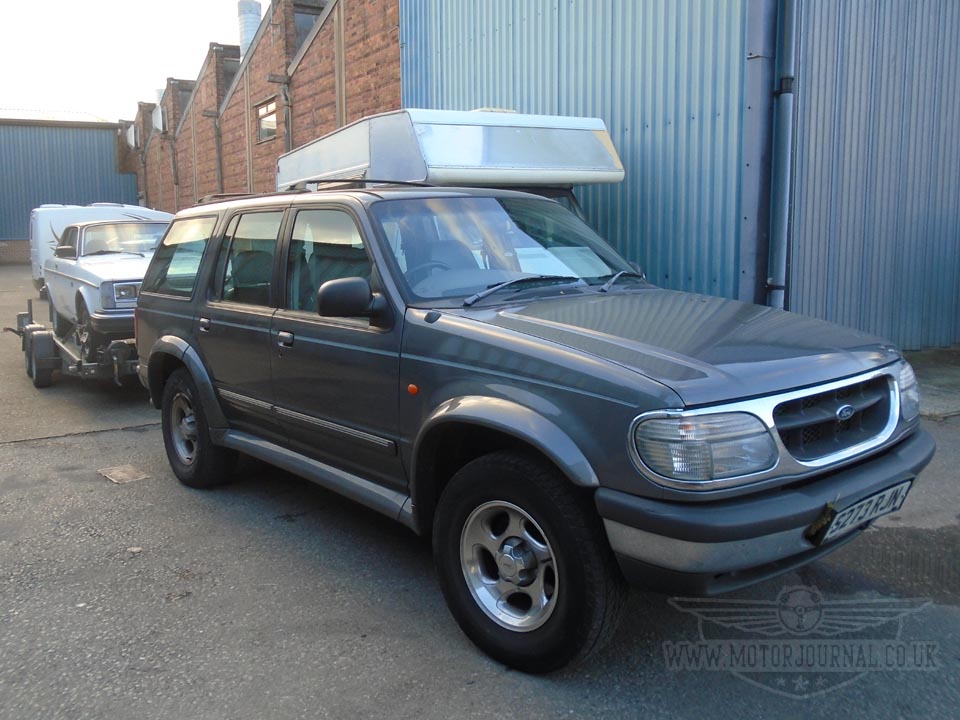 With its 111.5 inch wheelbase and 4.0 litre V6 it should've been a joy to tow with, but it wasn't. I only towed a trailer with it once, and that was more than enough! With the trailer hooked up, I would get up to about 40-50mph and it would start to fish tail. Fish tailing, or trailer sway if you prefer is very unpleasant, extremely dangerous, potentially deadly and under most circumstances, totally avoidable. For those of you who have never towed a trailer, or experienced such things, trailer sway is when your trailer starts to move from side to side behind the tow vehicle. If not brought under control the trailer can swing increasingly more violently causing the back of the tow vehicle to swing uncontrollably with the trailer. Poorly loaded trailers with excessive weight rearward of the axles, or with too much weight on one side of the trailer are the most common reasons for trailer sway and the most avoidable... The problem was, that I was getting it before I had loaded it with my Volvo, I was getting it with an unloaded trailer! Another cause of trailer sway can be that the trailer isn't level behind your tow vehicle. Trailer stability can be seriously affected by how the trailer sits behind your trailer and can be influenced by how the trailer is loaded. A trailer that sits nose up at the front can cause the loads center of gravity to move rearward during normal use, causing even further weight to be added to the rear of the trailer. Apart from putting additional stress on your trailer, it takes any weight off the tongue and off the tow vehicles rear wheels. Any bump in the road or a truck or large vehicle passing by, a gust of wind or a slight change in your direction, can cause the trailer to become a very large and very heavy swinging pendulum of metal especially if there is anything in or on the trailer, and can take over control of the towing vehicle. But my trailer was level, infact the Explorer should have towed very well, everything in theory was perfect, but it just wouldn't tow a trailer nicely. It was a very long drive both to, and from my friends workshop that day! I really was expecting an effortless drive, but in the end, well, lets just say I didn't have time to be bored while I was driving that day! 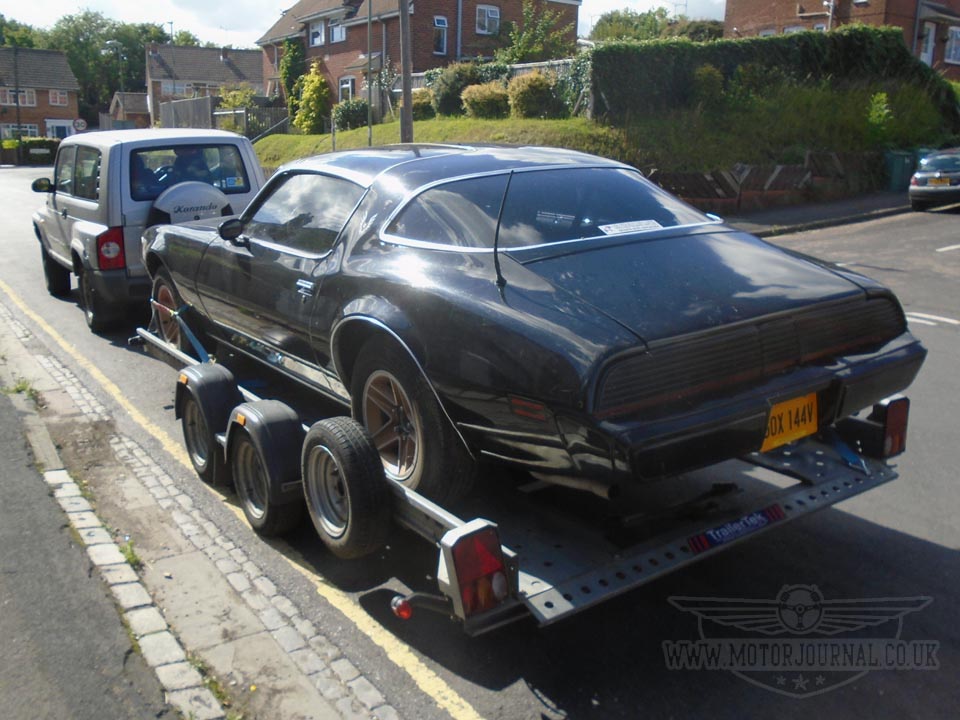 The thing is I was only towing a Volvo 262c with the Explorer, the Korando was going to be pulling a Trans Am. The Explorer was a bigger and heavier car than the Korando weighing in at a hefty 2.3 tonnes over the Korandos far more svelte 0.8 tonnes! Add to that the wheelbase of the Explorer was almost 14 inches longer than the Korandos which is just 97.6 inches. None of this was adding up in my mind to a smooth drive! Never the less I have nothing else to tow with, so I borrowed a trailer, and loaded the Trans Am on to it! I eased out onto the road filled with trepidation! On the roads from BelongaClint to the motorway so far it was pretty much plain sailing! The roads around my town are blighted with potholes, but so far so good! Ok, on to the motorway! Accelerating up the slip road, 30, 40, 50mph things were looking good, the 2.3 litre Mercedes engine was pulling the Daewoo, trailer, and Trans Am without any effort, and we were going up hill! Finally I joined the motorway at 60mph, still going in an up hill direction. Everything seemed good, and everything seemed to be quite stable. This was good, although we were still travelling up hill and I always think that pulling a load up hill always seems more stable than down hill because you've got the power on. As I came over the crest of the hill I started to get ready for some sort of instability, but as I started to descend the hill there was no signs of any instability, no fish tailing or anything. All in all it felt very good, very stable, and infact considering that a '80 Trans Am weighs in at just over 1.5 tonnes, and no doubt the trailer is another 0.5 tonnes I thought the Daewoo was doing remarkably well.

Before long I was unloading the Trans Am at my friends workshop, and pointing the Daewoo back east towards BelongaClint. 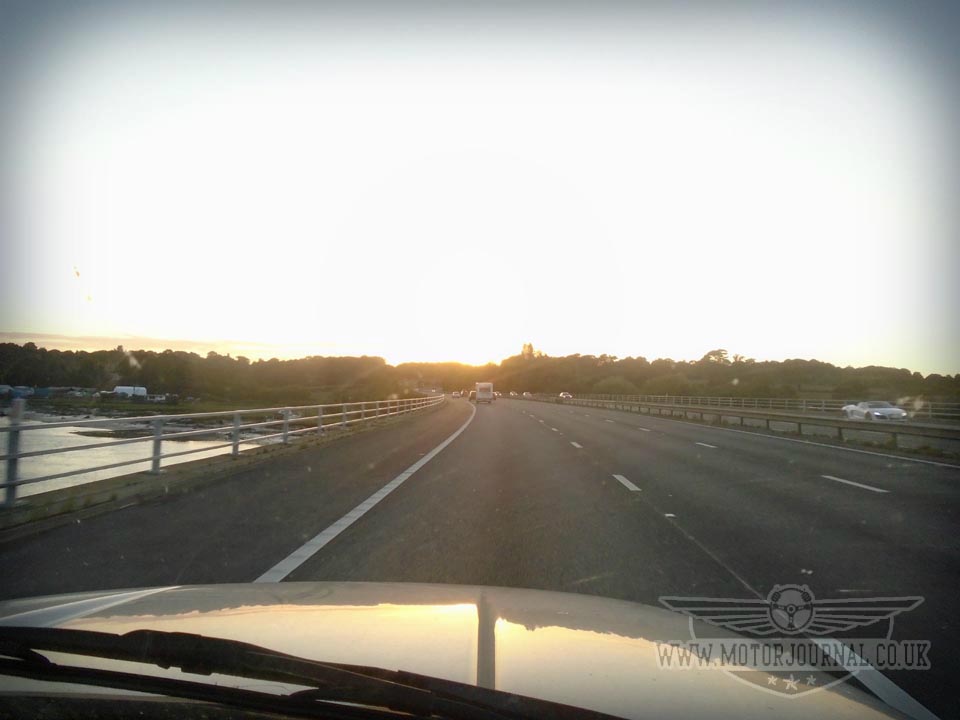 Now I'm not going to say that towing a trailer is ever fun, or even particularly pleasant, but towing it with the Daewoo was a lot better than I ever imagined it was going to be. It was so easy, it pulled it easily both up and down hills, and it stopped it easily when I needed to stop, infact it was almost like I just had a little trailer behind me, which was not at all what it was like towing with the Explorer! I've got to say that everytime I take the Daewoo out I like it more and more. It is such a capable and competant thing. I will actually go as far as to say that I really do quite like it. I've no idea what kind of mpg I'm getting from it, but whatever it is, it's pretty good, and best of all it would appear that the fuel gauge does actually work as the needle has started to head towards the 'E', but that being said, I've still got the best part of 3/4 of a tank of petrol left. That thing must've been filled to the brim before I picked it up! Which, if it was, makes this an even better bargain than I thought I already had. So where do we go from here? Well, lets just say that I'm in no hurry to sell it. However looking at the tyres it does look like they might be getting a little bit thin in the tread department, especially the rear ones which are down to the wear bars, so I think that I might be on the hunt for a set of tyres for it, but with a wheel bolt pattern of 6x139.7 that shouldn't be too hard to find a set of wheels and tyres for it as that pretty much covers every 4x4 pick up in the UK market. So I'm thinking of getting some second hand wheels and tyres, fitting them to the Daewoo, and then just enjoying the summer (at least) in it! After that, well, it's anyones guess, but for now, I think it'll be a while until I'm bored with this fantastic Daewoo Korando.