May 23, 2018
So 2016 came and I was determined to get it on the road, and I thought that would be a tale for another time. Trouble was that 2016 passed, and then so did 2017. I'd been working on a big project at work, one that I am still working on, and so having the time to faff around with cars was becoming hard to find. But I'd like to think that at some point this year I shall get this Barracuda on the road finally! 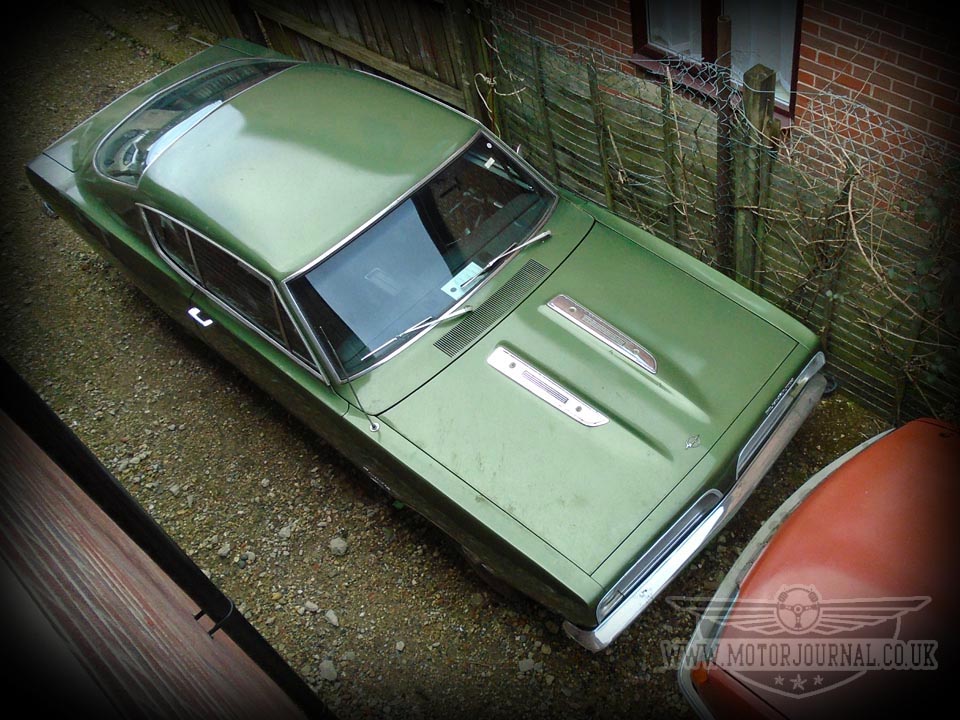 I keep looking at it, and frankly from any angle this is a great looking car! It was running, but not quite right when I picked it up, and I had planned on getting it looked at before I get it MOT'd just to see how much work it was going to need to get through an MOT, and then once the work was done, arrange to put in in for one. I had chatted about this with my friend Paul who said when he had a spare couple of days I should bring it down, and he'd give it a good looking over. Well, the phone rang, and it was Paul saying he had some free time, and if I could get the Barracuda down to him, he'd go through it. Well I wasn't going to turn that down, so I hired a trailer, and got ready to take it to him. The problem was that when I went to collect the trailer, the person who had hired it the day before had not yet brought it back. I waited, and waited, and waited some more. Pretty soon it was midday. I needed another way. I called Abacus to see if they had a transporter I could hire, and as luck would have it, they did! So it was a thirty odd mike drive to Bournemouth to hire the transporter, then thirty odd miles back to BelongaClint to pick up the Barracuda, then thirty odd miles back to Bournemouth to drop the Barracuda off at Coltech Classics! 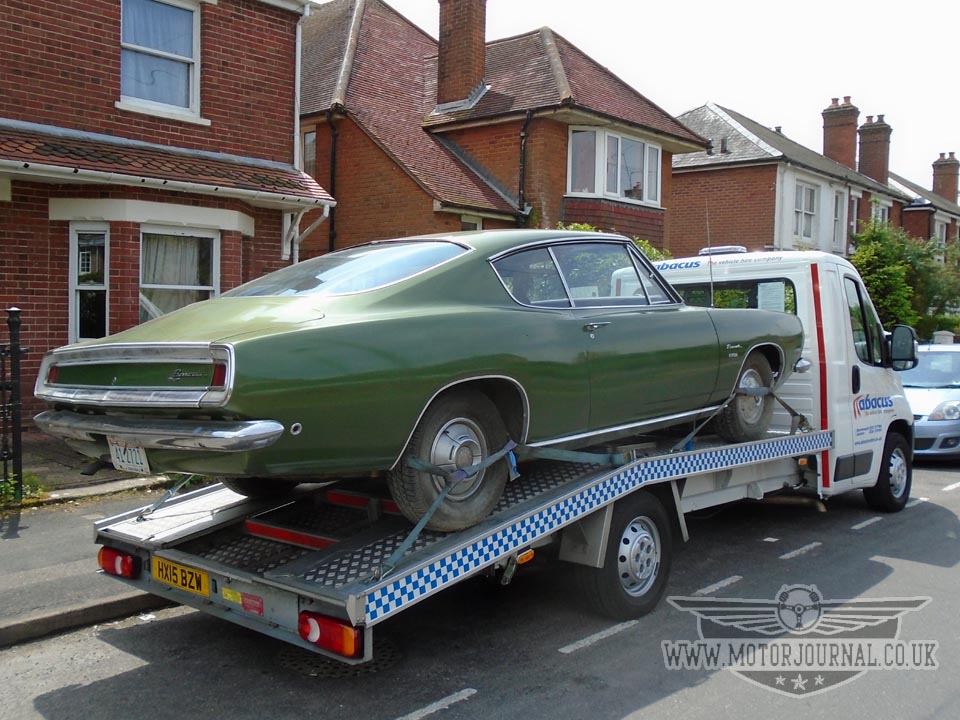 I'm pretty sure I've said this before, but these Peugeot car transpoters that Abacus hire out are really very good to drive, and make the job of collecting, or delivering a car very easy indeed. Before long I was back at Coltech Classics unloading the Barracuda so Paul could get cracking on it. 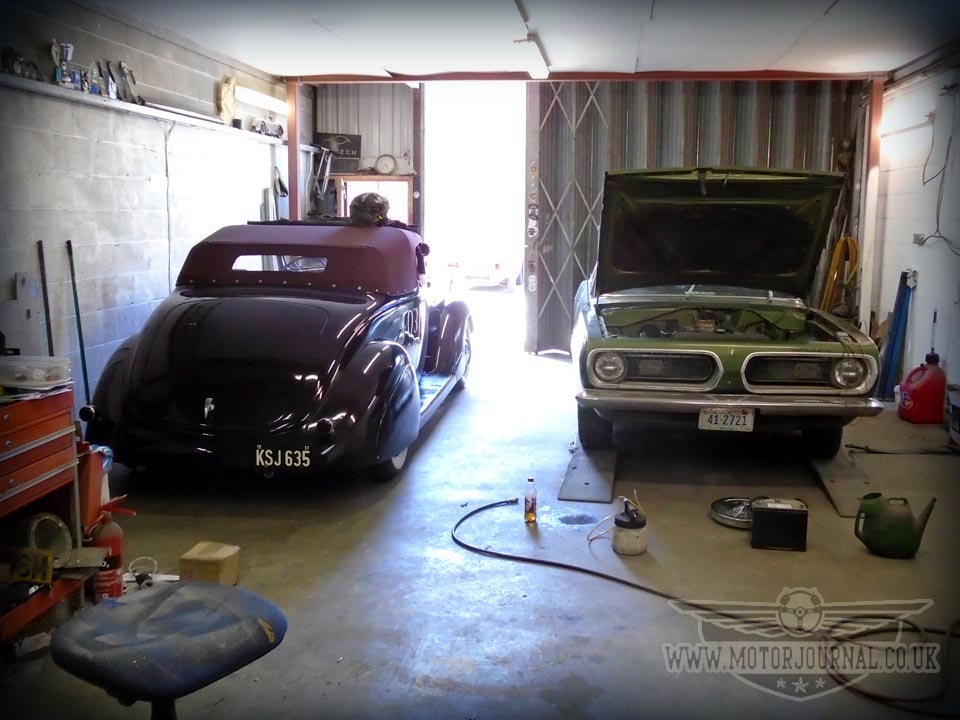 Paul got stuck in straight away, and even before I left it was running like a charm. Over the next couple of days he went right through it assessing what needed to be done to it in order to get an MOT, and then rectifying any problems he found. 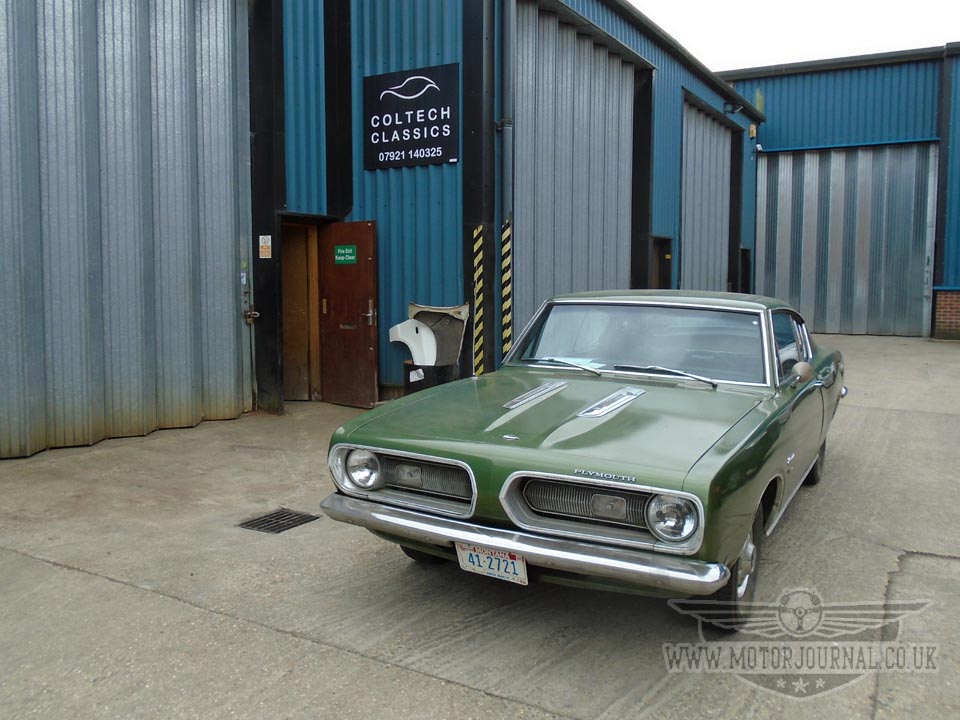 A day or two later and I was back to collect it, and this time I did manage to get a trailer! It's funny, it seems to me that I never get bored of looking at this car. I still think that my first second generation Pontiac Firebird is the best looking car that I've ever owned, but this is a damn close second. Although it is a damn close second, it's still the one that I prefer! Look at it, it's just fantastic! I know that in time I will sell this car, and I've got a list of people who want it already, starting with Paul. But until that time comes I don't think I'll ever tire of looking at it, and I do think that when I do sell it, I'll probably always miss it. Anyway... 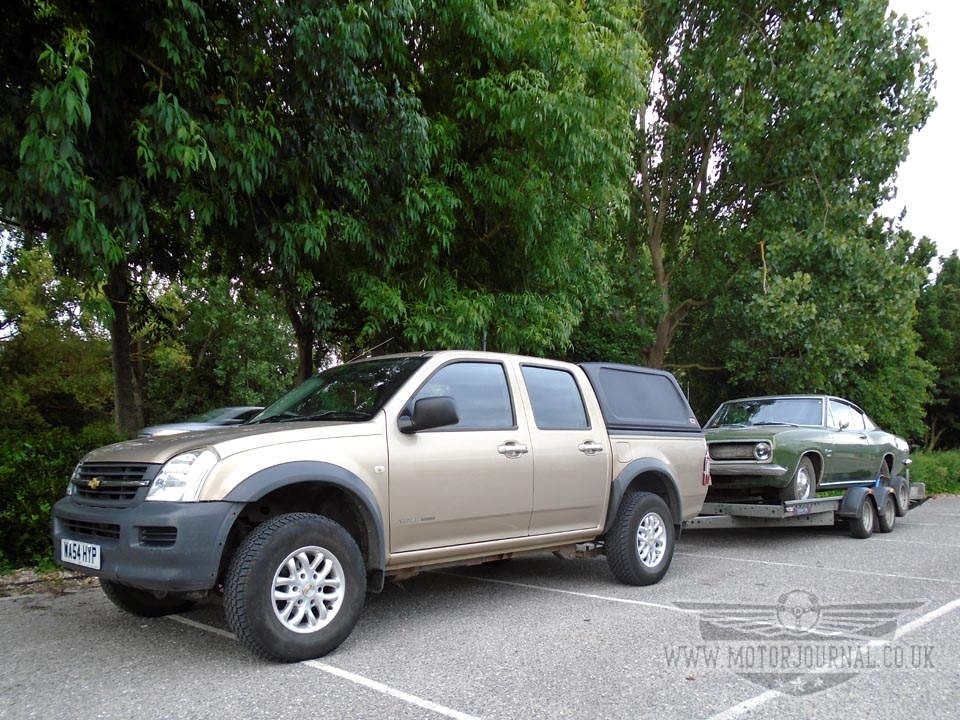 One last job for the mighty Chev-suzu before it goes up for sale. I know I keep saying that, but I mean it this time... No really! I really am procrastinating where the sale of the Chev-suzu is concerend. I know it needs to go, and I know that I'm only selling it so that I can buy something new to me. But still, there's nothing wrong with it, it's a good truck, it drives very well, and it's a pretty handy thing to have, but I need a change... I NEED A CHANGE!! An ad has been posted, and a couple of potential buyers have shown interest in the Chevy, so I guess we'll have to see how that goes. 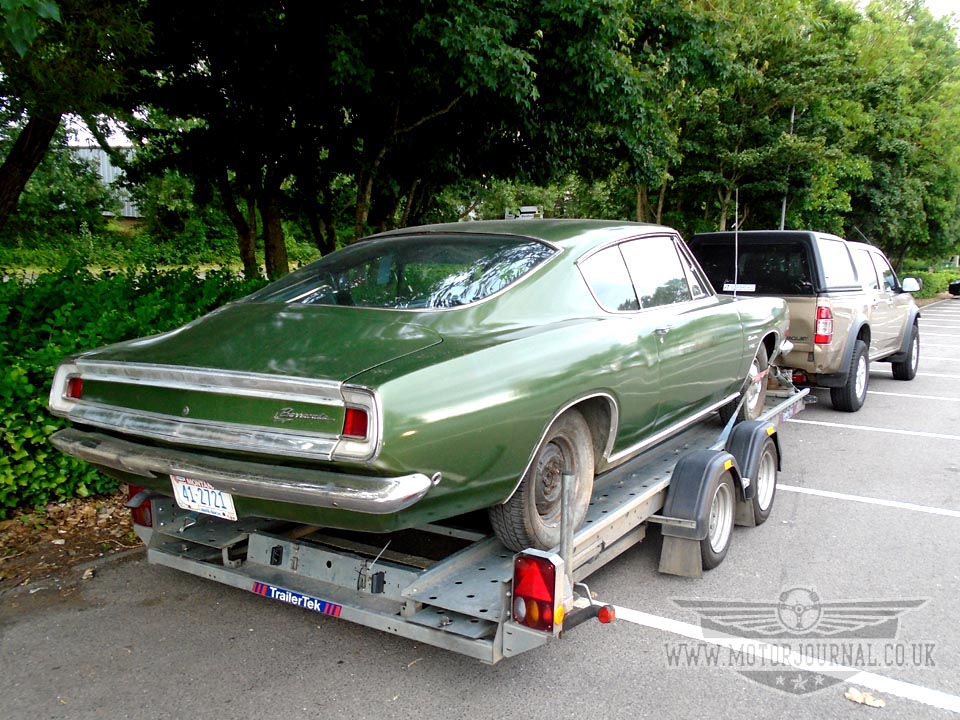 Anyhoo, as I said, I did manage to hire a trailer from Trailer Tek who are very helpful, close to BelongaClint, and about 80% cheaper than hiring a transporter. Well, the drive back from Pauls was pretty good, the Chevy pulls that trailer with the Barracuda on it with ease. I'd actually go so far as to say that you really don't notice that your lugging a trailer behind you. As a tow vehicle it really is quite good! Before too long I was back at BelongaClint unloading the Barracuda. As I backed it off the trailer I thought I might just take it for a sneaky run and do a lap of the estate. I've got to say, that even though it was just a five minute run, it was pretty damn good. It drives, and stops really well. The steering is light, and quite precise which surprised me considering this is a fifty year old car with a steering box.

I realise that I've had this for three years now, but having driven it around the block now I can't wait to get it on the road. I need to get organised. I must get organised!! Then I just need to save a few pennies, get it MOT'd, get it registered, and then get cruising in it! This year, 2018 I am determined to get it on the road. I just hope I'll be able to find the time to get around to it! Updates as they occur!