February 13, 2018
August! That's the last time I drove my lovely Mustang. Six months ago!! For a long time my Mustang was my daily driver, and infact it probably still would be if it wasn't for the Jag! Back in August when I last drove it I found that it needed several small things doing for the MOT, one of them being a handbrake cable. Because I had been having so much fun with the Jaguar I had left my Mustang with it's handbrake on for a few months this was bad, it just didn't want to move, but then after a couple of minutes trying to go backwards and forwards to ease it off, it did free up, but of course the handbrake doesn't work now. The cable was seized, and therefore now that I have managed to get the handbrake off, I couldn't get it back on again... BLAST!! I thought not to worry, I'll just get it fixed. So I jumped on t'internet to get me a new one. Usually I go straight to the States for parts as they're usually cheaper, but I was in a hurry. I found a company that was selling them on ebay in the UK, and promised delivery within the week, so I bought the new hand brake cables from them and paid them straight away in the hope that I would get them sooner... Ha haaaaa, what a laugh! Over a week after I ordered them, I was still waiting! I called them up to ask where they had got to, and they told me that they were on their way and should be with me within the next five to ten days! Five to ten days came, and then went, and before long it had been over a month since I ordered the new cables. I called them up again, and was again told that they were on their way and should be with me within the next five to ten days! Another five to ten days came, and then went, and then I cancelled the order, got a refund, and then did what I should've done in the first place... Ordered them from Americaland! Back on the internet, and pretty soon I had tracked down a new set of cables, and ordered them. I should've done that in the first place because they were cheaper, even when you add the postage etc they were cheaper. Better still four days later they were on my doormat! By now it was late in October. I had the cables fitted and the handbrake was working again, but I was starting to think that although I wanted to drive it, I was probably going to let it hibernate for the winter, and I would re-MOT it in the spring! It's not like I've got nothing else to drive! Well, although it's still only February I feel that Spring is coming, and before too long I will be wanting to drive my Mustang again! The Jag is nice, but the Mustang is best! 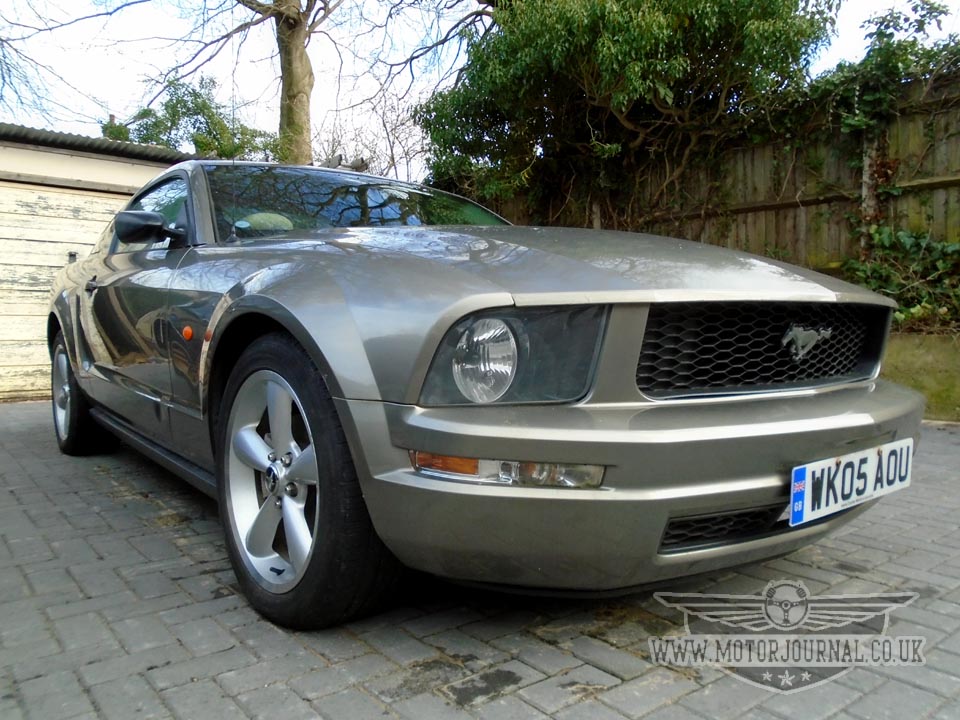 I can't believe that it's been sitting there since September! As much as I have been enjoying the Jaguar, I have missed my Mustang. Of all my cars it's probably one of the few that I consider to be my car, and as such I doubt that it will ever be sold. Although it's been sat there since September I have periodically started it, and let it run for a good long while. I've even been running up and down the garage block in an effort to not let the brakes stick on. But ofcourse all of this isn't really as good as taking out for a drive. I was once told that one of the worst things you can do to a car is to just let it sit for long periods of time! Stupidly when I last visited it I left the passenger side window just cracked open... 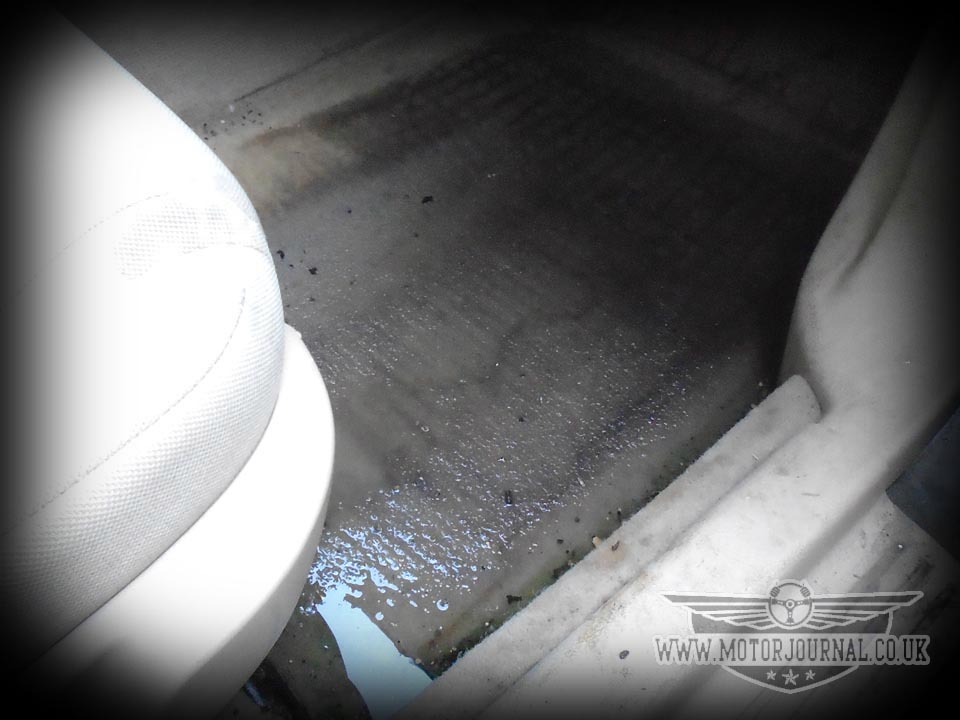 This resulted in me using a sponge to try and soak up two to three inches of water out of my passenger side footwell today! This cheered me up no end I can tell you! The problem with this is that it doesn't stop there. With the car being outside it does occaisionally see the sunshine, and what happens then? 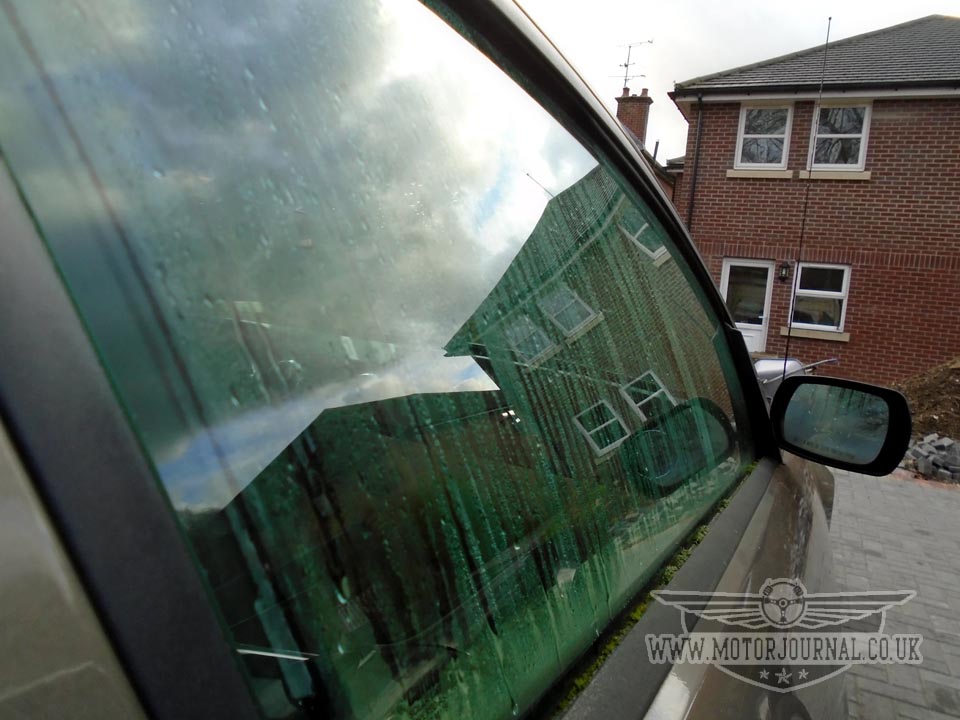 Condensation! Note that I also have a window box growing in my window rubber! Now the air warming up inside the car with the sunlight and the water in the footwell making the air humid and moist is kind of a bad thing. Not only do you end up with steamed up windows, but it makes everything inside the car damp! 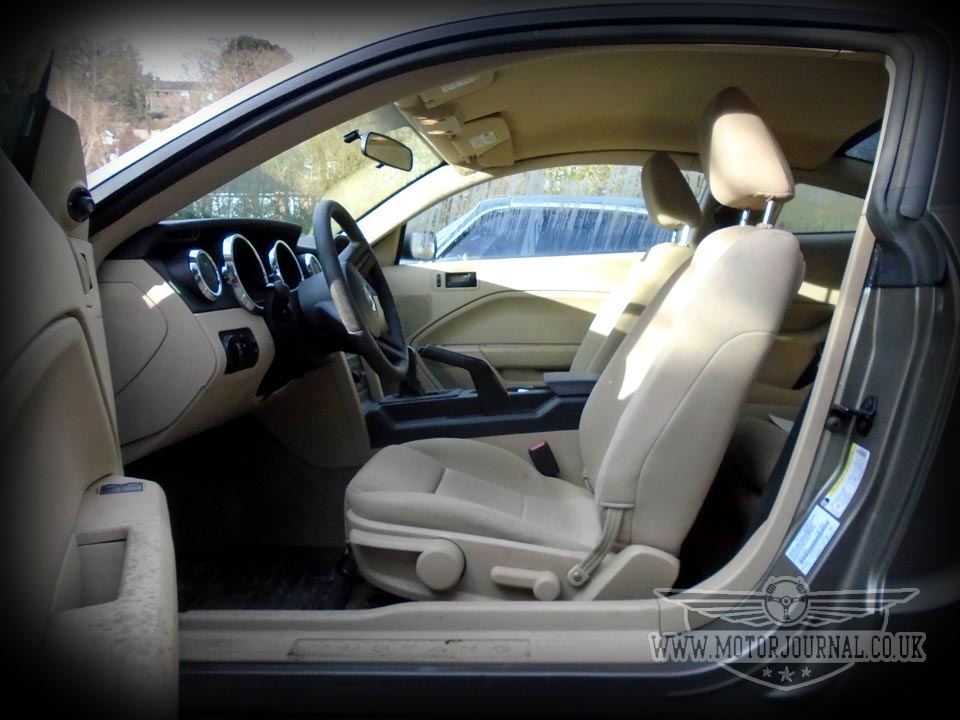 Therefore the upholstery is ever so slightly moist to the touch. Not so moist that it would make you wet, but you know that it's not as dry as it should be! Now, I have a strict policy of no eating and drinking in my car, and this is observed without fail. Not even sweets get consumed in my Mustang, although gum is actually allowed! However as it is my daily driver it still gets kinda grubby in the cockpit, and I was thinking that before I get it re-MOT'd the interior will get a good and thorough cleansing! 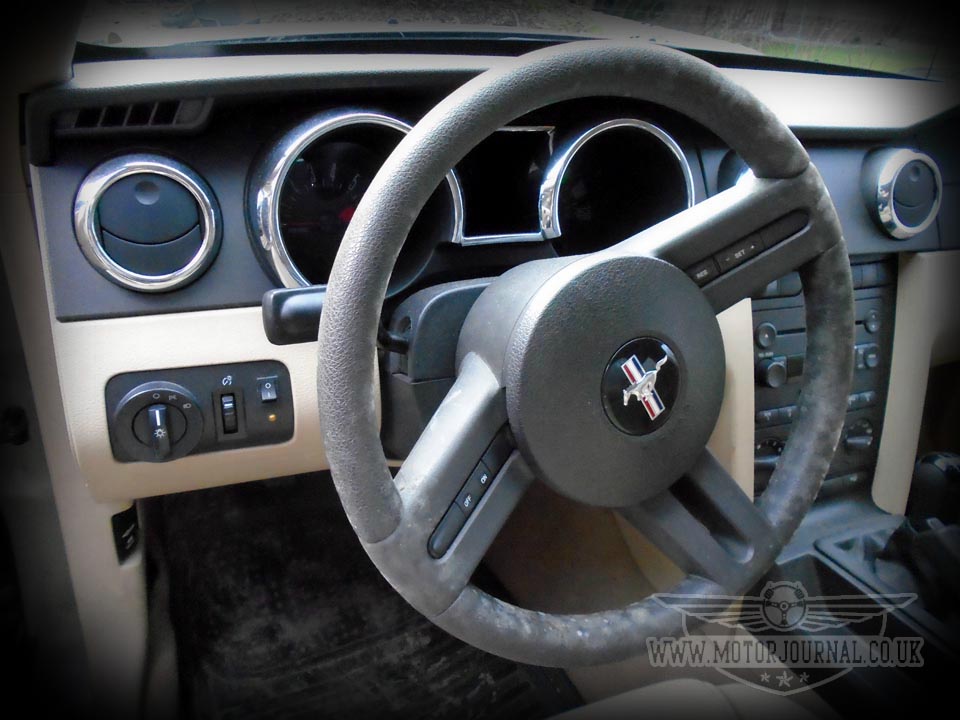 However, having been laid up over the winter it really could to with a far more thorough cleansing than I had originally planned to give it. No doubt caused by the humid atmosphere in the cockpit I now have patches of mould in various areas. Oddly not so much on the soft cloth covered things like the seats, but on the soft plastic covered things like the steering wheel and armrests! So what was originally planned to be a mornings worth of cleaning has now turned into a multiple day event where I will clean everything, and I mean everything inside the car! Besides, it's twelve years old now, so it probably deserves a good scrub down! 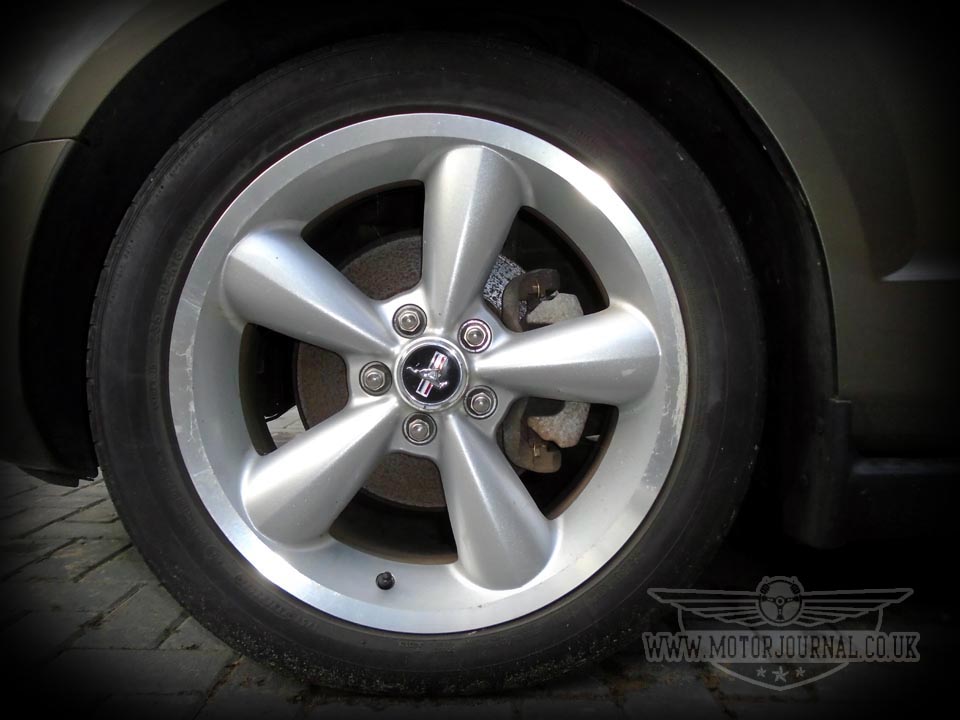 Whilst it is off the road I think it will also get a long overdue service. Although it hasn't done enough miles to meet it's next service point, it has been quite a long time since it's last service. I've also been giving the wheels quite a lot of thought lately. As much as I like the Bullitt wheels that are on it, I think I would quite like something different, or maybe just paint the Bullitt wheels a slightly darker shade of metallic silver/grey, but leave the lip of the wheel diamond cut. I don't know. I'm pretty sure that I want something different to roll on, I just don't know what. 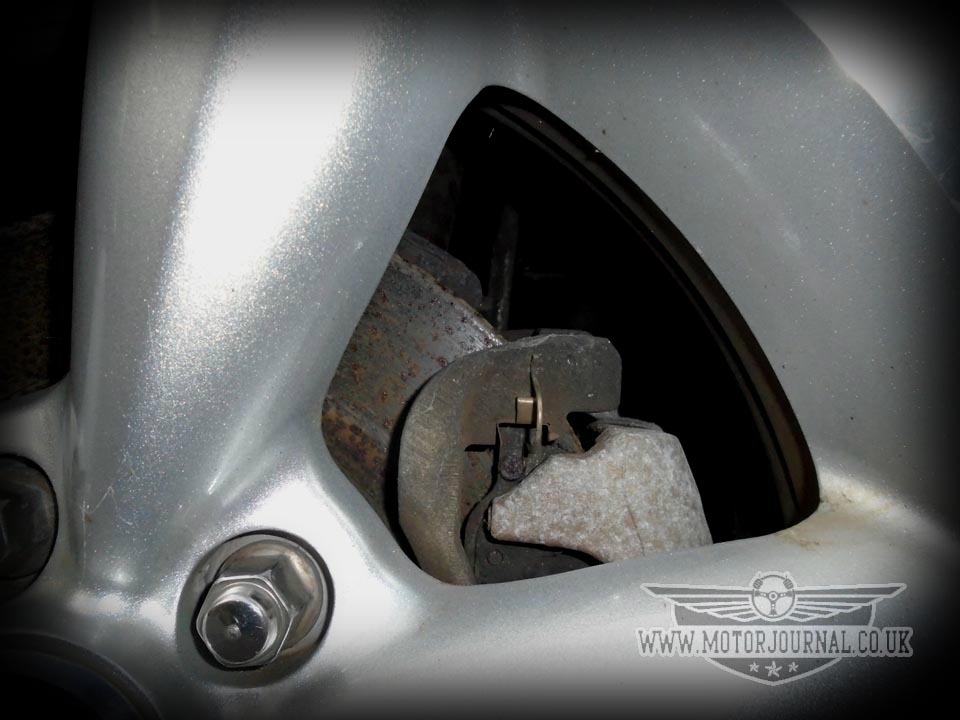 I am going to rotate the wheels though, and have a little look at those brake calipers and discs. Since I have had it I have thought about painting the calipers. The thing that has stopped me so far however has been that I can't decide what colour I should paint them. I'm pretty sure that it shouldn't be red, yellow, orange, or for that matter any bright or garish colour. That doesn't leave me with much, and the more I think about it, the more I think they should some shade of silver darker than the wheels, maybe Tungsten grey like the bodywork? Or maybe even just black? Again, I don't know, but I do know that they look a bit grotty with their corroded metal look! 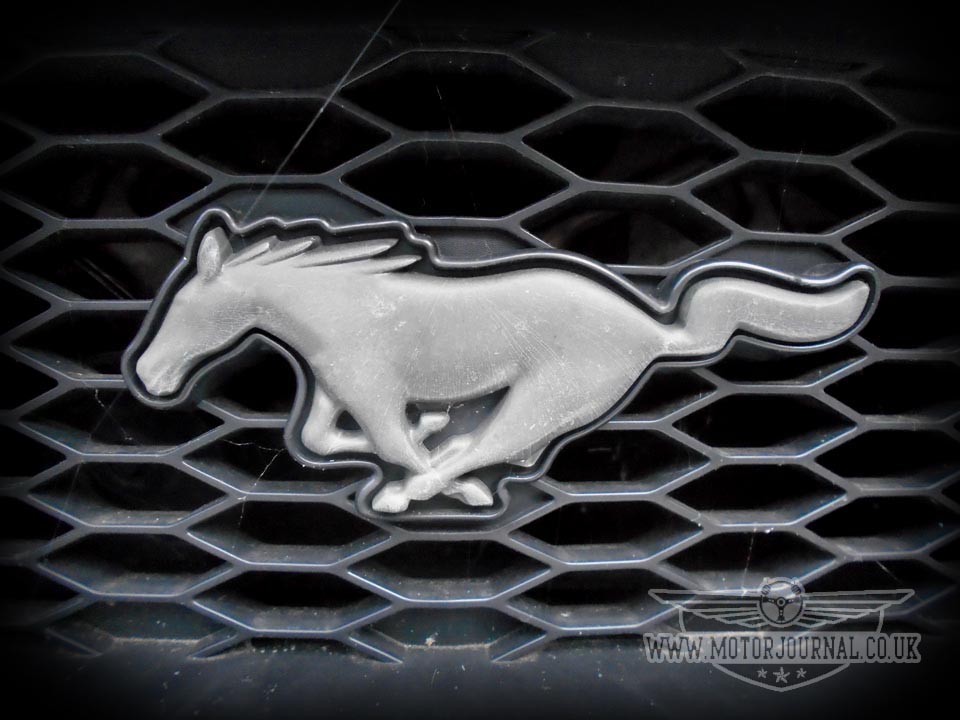 Other than that I've got a few little things I'd like to do to my little pony (yes my little pony isn't chrome like everyone elses, its grey, although it used to be black!) But as I was saying I've got a few little things other than a good cleaning and service that I plan to do before getting it re-MOT'd, and as I'd like to be driving it again by April I really need to get cracking! By the time April comes I won't have driven my Mustang for eight months, and to be honest, that's far too long! What I really need to do is focus on the Mustang for a bit, and not keep getting side tracked! 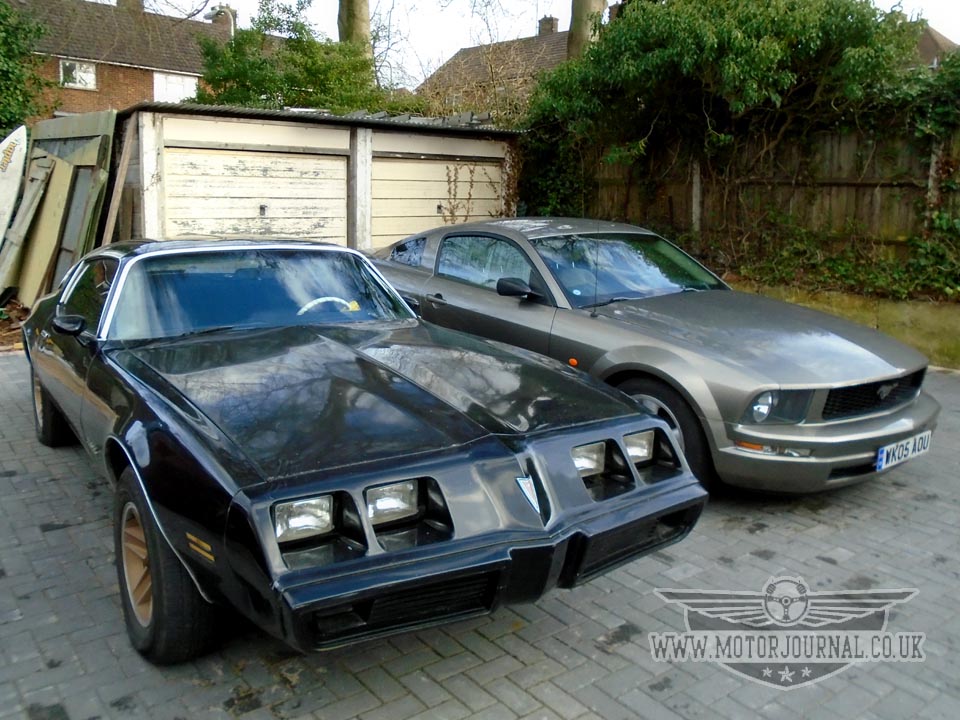