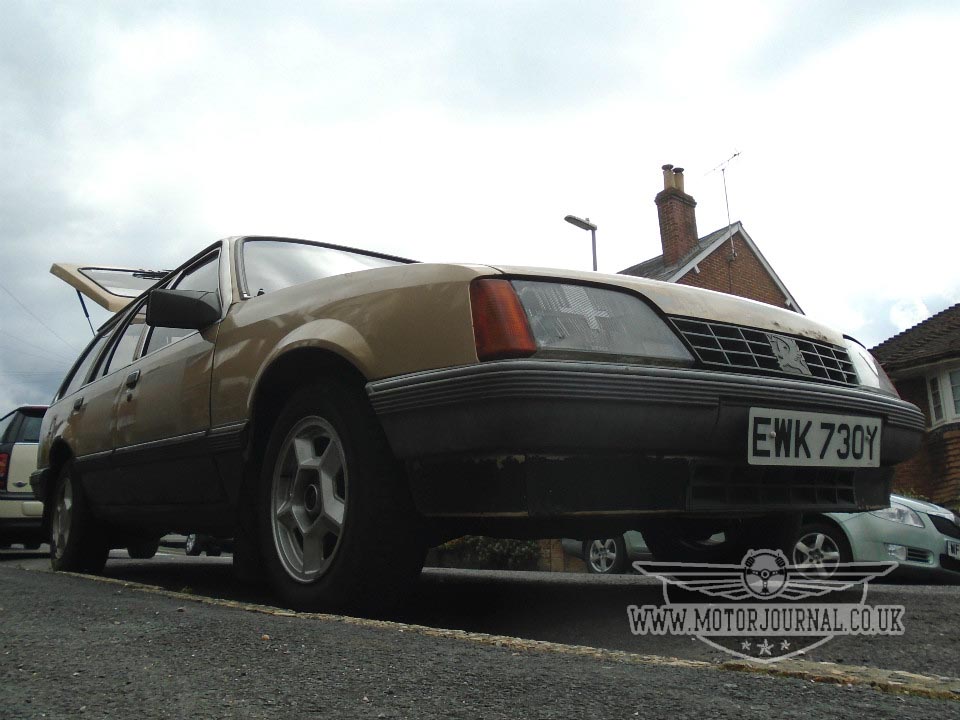 As this was to be my first MOT as it's carer, I knew there were a couple of things that were going to need doing. Firstly when I put the Manta alloys on I knew that the tyres were getting close to the limit on the rear, so I got me some tyres out of my tyre collection, and went about fitting them. I popped my jack into the jacking point and proceeded to wind the jack up, it sounded a little bit crunchy, so I preceeded slowly and with care. Pretty soon the back was in the air and the Carlton was doing it's best impression of a dog peeing against a tree! I soon had the wheel off, and that was when it happened. 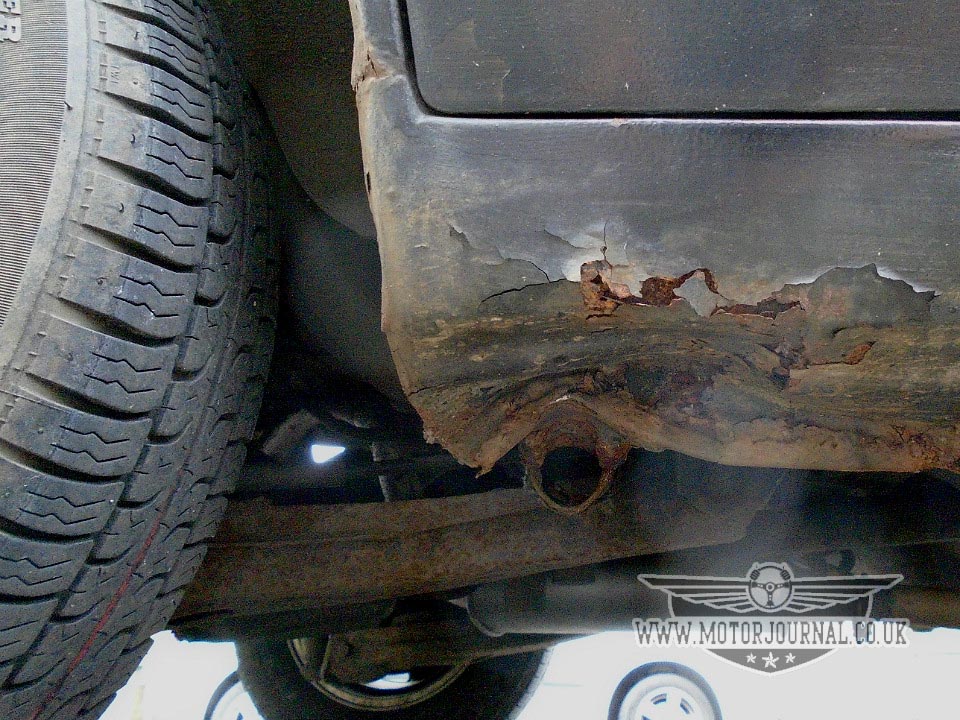 There was a bit of a crunch, and the rear of the Carlton dropped about two inches, which was irritating as I'd only jacked it up just high enough to get the wheel off! Well, I figured that it was a bit soft there, but before I fix it I thought I would put it in for an MOT, just to see how much other rust there is to deal with! Also, the horn doesn't work, hmm, probably not the end of the world I guess!

So off I went to MOT the Carlton. MOTing any of my cars always fills me with dread, not because I'm particularly worried that they might fail, but it's what they fail on, and how much that concerns me most. As this was the first MOT for the Carlton with me as it's custodian, I always find that especially concerning, as I don't know how 'friendly' the last MOT inspector was. On the last MOT the odometer read 73020, and the list of advisory Items was as follows.

So not too bad, but I figured that at the very least I will be welding the sills after trying to jack it up, and just crunching the sills up once it was fully off the ground. But no matter, I thought, I'll just put it in for an MOT and see what else it needs... 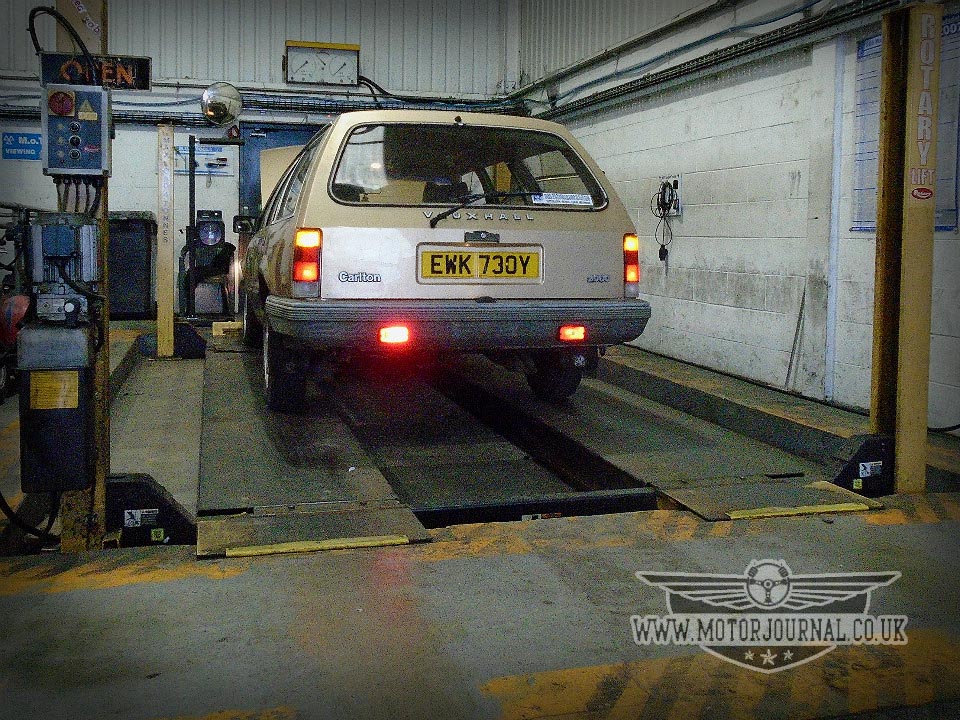 I left it in the capeable hands of the chaps at BEST autos in Winchester, and headed off to get a cup of hot brown stuff at Costa. Incidentally, I know that we all moan that a litre of petrol is about £1.19, of £5.40 for a gallon, but I had a small latte, which is about 340ml, this cost me £2.25, this then equates to £6.61 a litre!! or £30.04 for an imperial gallon!! Holy cow, where are we actually getting fleeced, at the pumps, or in the coffee shop!! What excellent value petrol is! How can it be cheaper to send 400 men out to the middle of the north sea, build a platform, drill a hole 2 miles or so into the Earths crust. Then pump out dead dinosaur residue, ship it back to a refinery, and refine it into petrol. Then distribute it all across the land? How can that be cheaper than chucking some old beans into a cup with boiling water, and adding a splash of milk? Anyhoo, I digress, but I'll never complain about the price of petrol again... (Until the next time!) So as I very slowly supped at my latte to try and eek some sort of value out of it I wondered how the Carlton was getting on, eventually an hour or so had passed, and I headed back off to BEST to see what they had in store for me. The fella on the front desk greeted me with a cheery "It failed mate!" Yep, well I expected as much I thought. He then said that he was still typing the failiure sheet up! About half an hour later the MOT expector came out with a fistfull of failiure sheets! 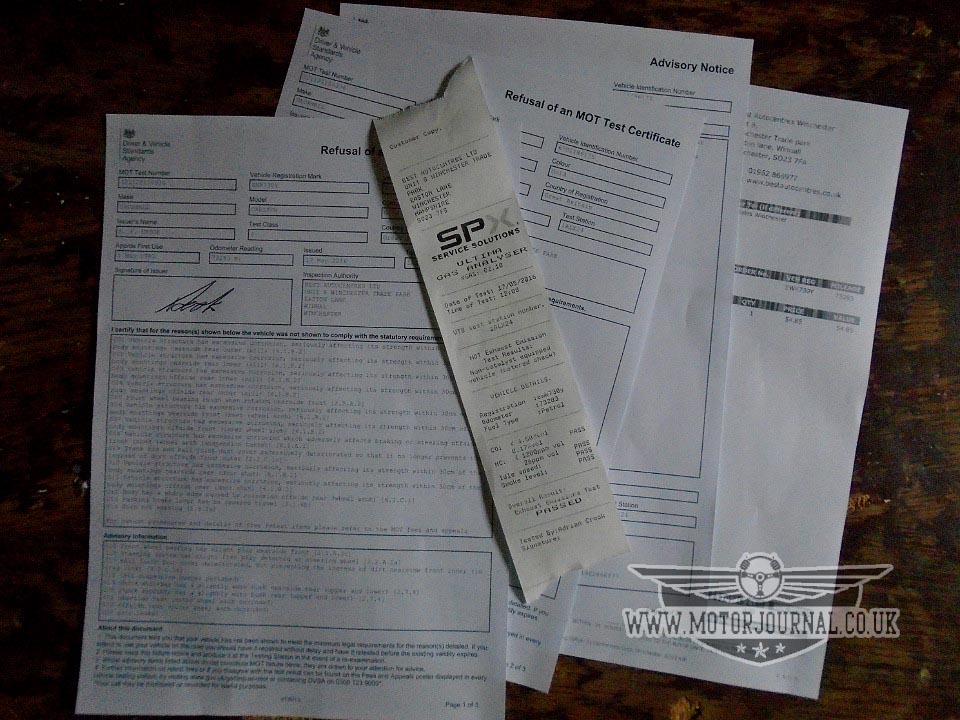 Sorry, he said, but it's bad! I told him not to be sorry, as I now had a list of things to get on with to make my car roadworthy again, and I then thanked him for his time, and for MOTing my Carlton, after all, it's hardly his fault, and to be fair I would prefer someone like that who is thorough so that I know my car is safe and roadworthy. So with the odometer rolling over to 73283 miles, and a year after it's last MOT here's the list...

Not too bad I guess, and then comes the list of advisory items... 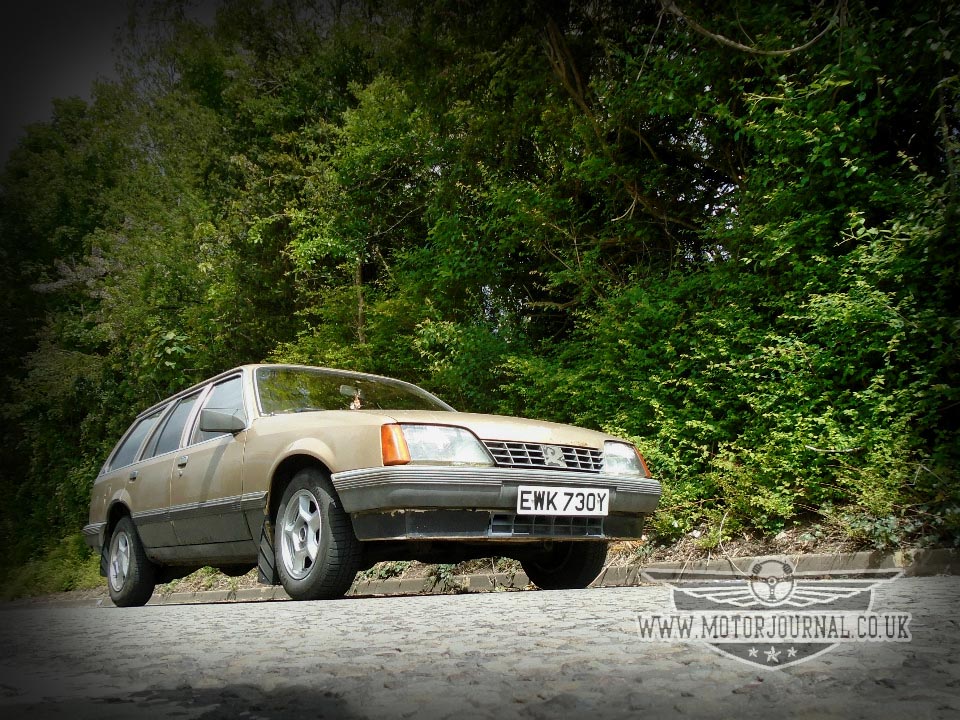 I drove home slowly the long way. I did this for several reasons, to savour every moment of the drive in my Carlton as no doubt I'll not be driving it for a while, to cultivate a plan of attack, and most of all, to hopefully prevent any other bits from falling off! I have now got myself quite a shopping list of parts to buy for my Carlton, well my bank account was starting to look too healthy anyway! Once I have amassed my selection of spare bodyparts I think I shall take both the Carlton and all the parts to my friend who I have finally convinced to enter a weld-a-thon of biblical proportions, and he will start to try and repair the Carlton. With any luck work on it will commence at some point soon. Then, back to BEST to have it re-MOTd as I'm fairly sure I'm going to miss the ten day deadline on this one! I know that it looks bad, especially as according to the last MOT it's only done 263 miles this year but atleast once it's all sorted it will be good for a while longer. I guess that the guy that MOTd it last time must've been very friendly!

Also I have been going to autojumbles in order to locate parts to help with the repair. One of the parts that I'd always wanted (but thought I'd never find!) was the Hella spotlight grille, probably not to everyones taste, but it's a period accessory, and one that I wanted on my car. Anyway, wandering around this autojumble I stumble across this grille. The grille was clearly brand new, even though it didn't have its packet. I asked the fella what it was for, but he didn't know, but various other people stood by me all came to the conclusion that it was for a Saab. I was convinced it was a Carlton grille, and luckily for me I had my friend with me who has a more modern phone than mine, and he started googling away with the part numbers that were on the back of the grille. Before too long it was determind that it was for a Opel Rekord 'E'! Fantastic, the guy wanted £35 for it, but after a lot of haggling I finally got it for just £30! This was the only Carlton part I managed to find that whole weekend! But I like it! 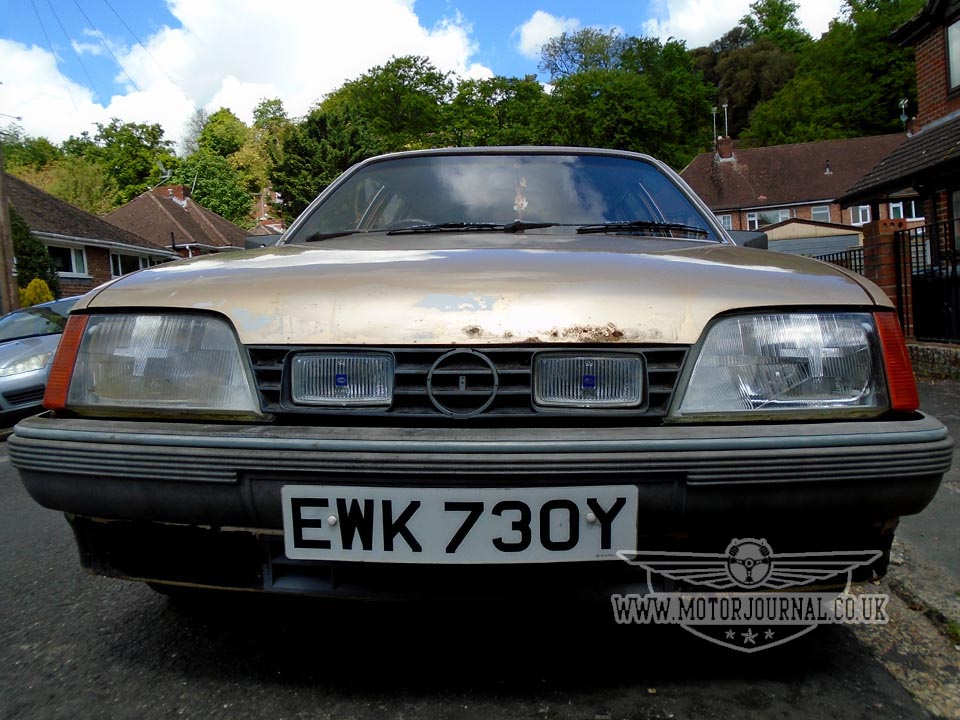 Now if I can only find myself an Irmscher front spoiler that would be great, I'll not hold my breath! It really couldn't have got that bad in just a year could it? I'm thinking that the updates will be slow on this one from here on in!