October 21, 2017
I've had this a long time, and so I thought that it was time to introduce this. I bought the Volvo Bertoné 262 coupé way back in the middle of 2013 and I've just never touched it. Partly because I'm bone idle, but mostly because it was such a struggle to import it, that by the time these photos were taken I had really fallen out of love with it, and was really fed up with it before it even got here. In the past I have thought about offering it up for sale, but then I think I should keep it in the hope that at some point I will get my mojo back for it, as if I sold it, when would I find another one? Also, if I did sell it, I'm pretty sure that as soon as it left my mojo for owning a Volvo 262C would instantly return, and I would regret it! 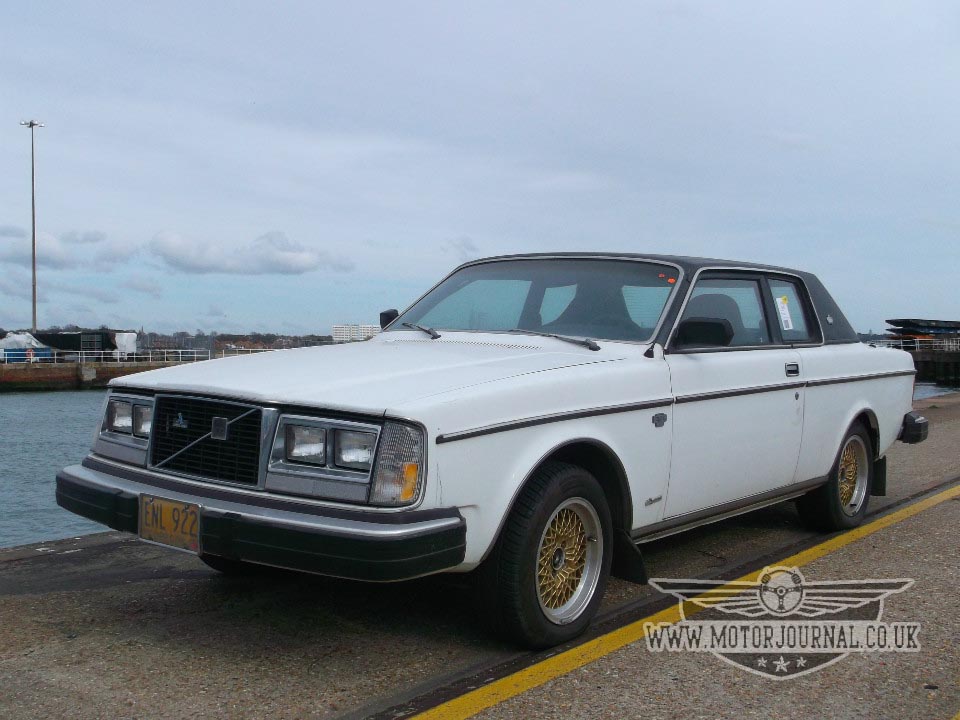 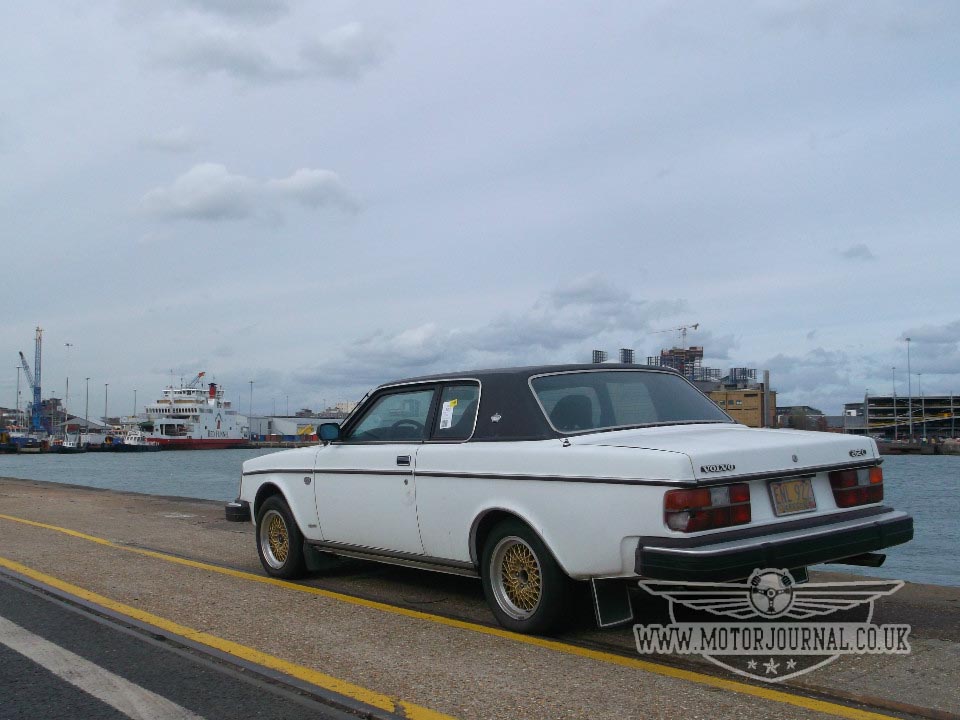 Here's a couple of pictures of it when it had just come off the boat, it isn't perfect, but it's pretty solid and there doesn't appear to be any rust on it! 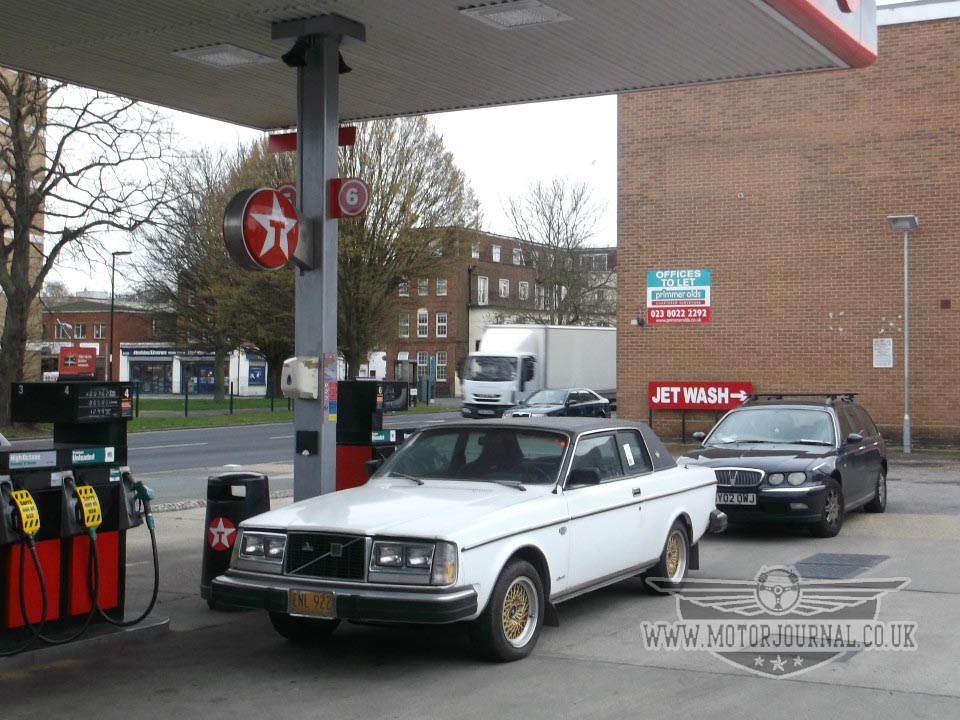 First fill shot! Hopefully I'll get my mojo back for it, to be fair to it, it drove home from the docks very nicely, infact for the most part its faultless. Although as ever with a car of this age there are a few little niggles that need attention! I do wish I could say that when it finally arrived I was excited to see it, but sadly I wasn't, even the faultess drive home didn't inspire me to love it, So here's some photos from about 18 months after driving it home... 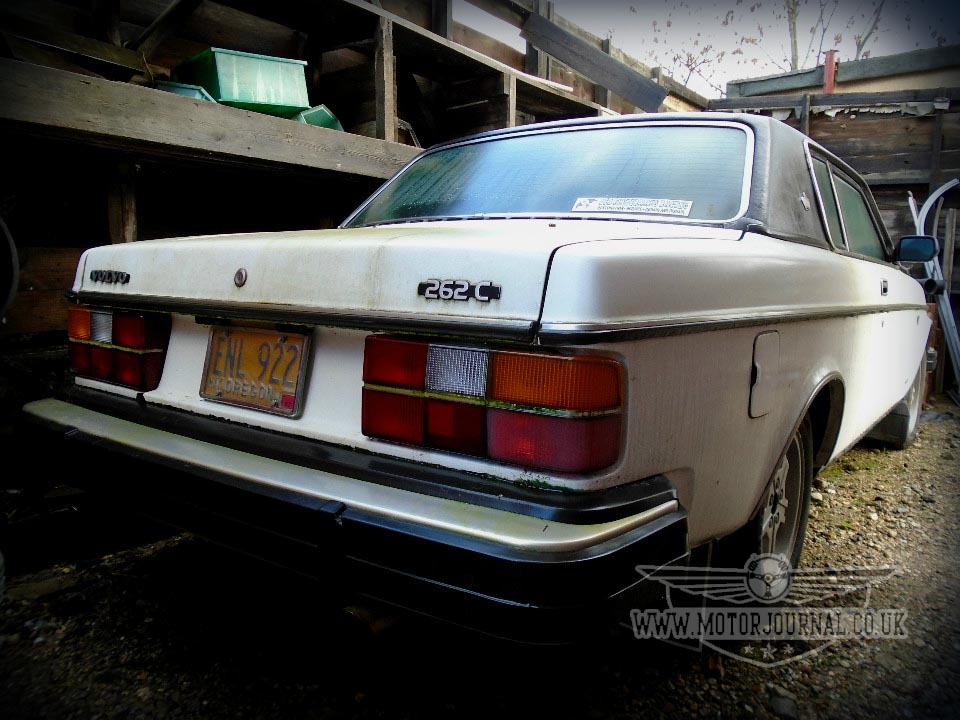 I've wanted one of these big beautiful Volvo Bertoné 262 coupés for years, but they just don't seem to turn up that often, and when they do they're either too far gone to repair, or atleast to repair by me, or, they're too expensive for me to afford. I brought this in from America, and when I bought it I was so chuffed I couldn't wait to get it home. I was so eager, and got it at such a fantastic price, that I paid the seller the $700 straight away, by PayPal! I did this in a bid to stop the seller from selling it to someone else, as I figured that $700 was an excellent price for this fine automobile! I sent the seller a message straight away, informing them that payment had been made, and asking them when would be a convenient time to have it collected. I waited patiently for a reply, which came eventually about four or five days later. The seller informed me that I had got it at a rock bottom price, and it was pretty evident that they weren't too happy about it. 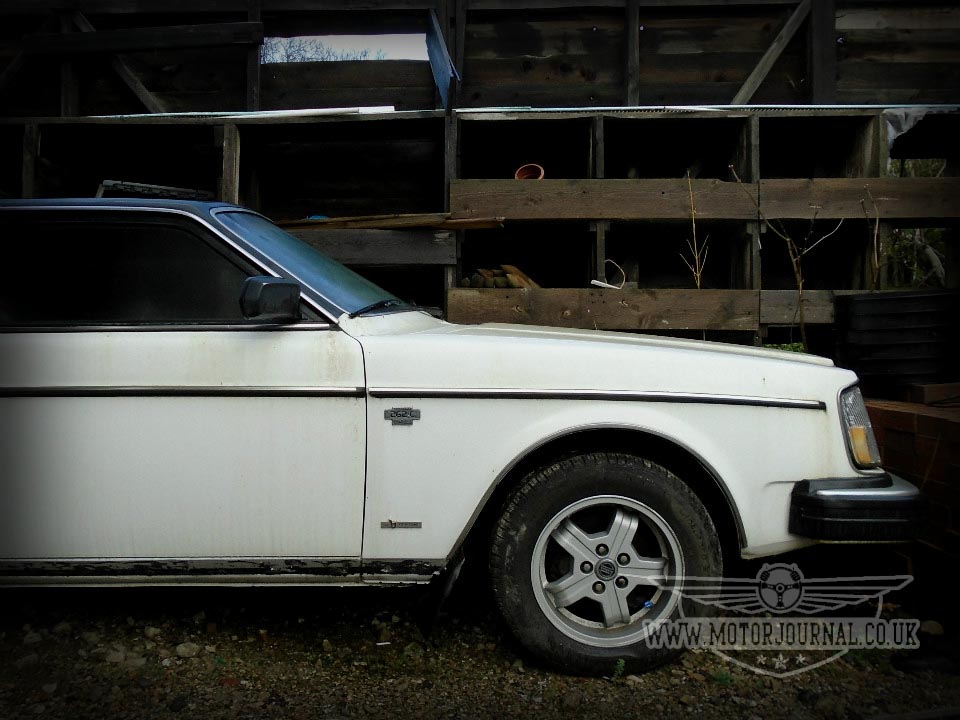 From there on in it was going to be such a struggle to get it here that by the time I got it I was feed up with the thing. The woman who sold it to me turned out to be such a pain in the buttocks it was unreal. As I said, I had paid for it straight away mostly as I didn't want her trying to back out of the deal! However after taking her ages to contact me to arrange a time when the shippers could collect it she finally arranged a time and day for it to be collected. This is when all the fun and games started, when the shippers turned up, she was out! So I thought, fair enough, and sent the seller another email asking when I could have the Volvo collected. Another date was made, for several weeks later when she could guarantee she was home. But of course when the shippers turned up, she was out! This went on and on about two or three times, or maybe more. My shippers were getting properly hacked off with coming to collect the car, then not being able to. But as bad as it was for them, I was getting pretty hacked off by the seller never being there to meet them. By December 2013, I my patience had worn thinner than my hair, and I told the seller that the next time the shipper came to collect the car, if she wasn't home to let them collect it, then I would be taking legal action. Yet another date was made for the 22 December 2013, and I braced myself to get another email from my shippers saying that she was not at home when they went to collect the car. On December 22, once again I had an email from the shippers, but this time it had some mobile phone poor quality pictures attached! 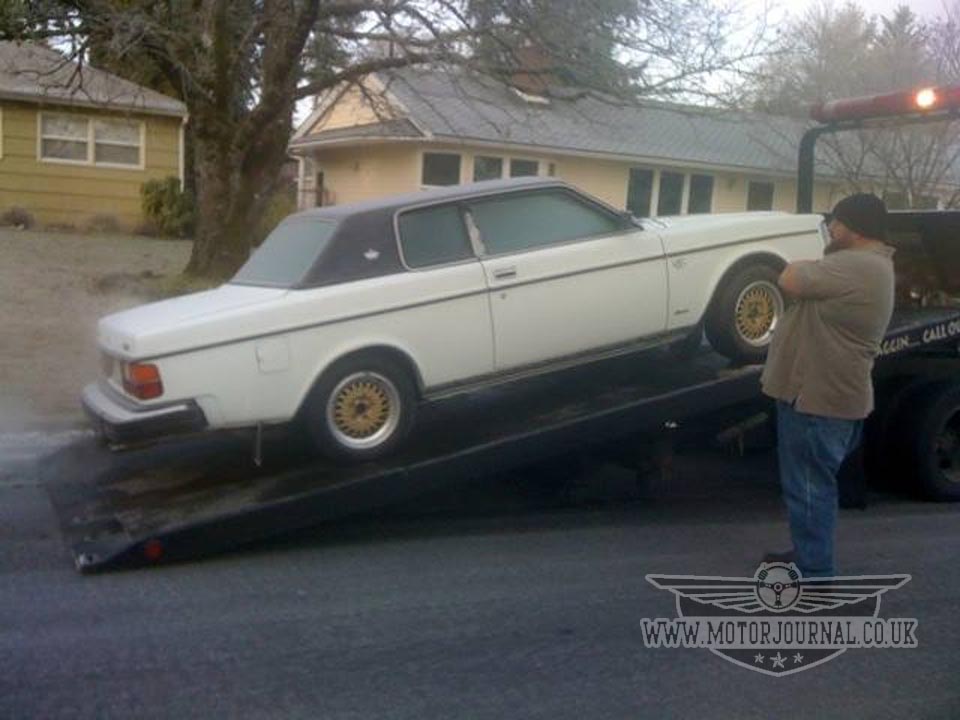 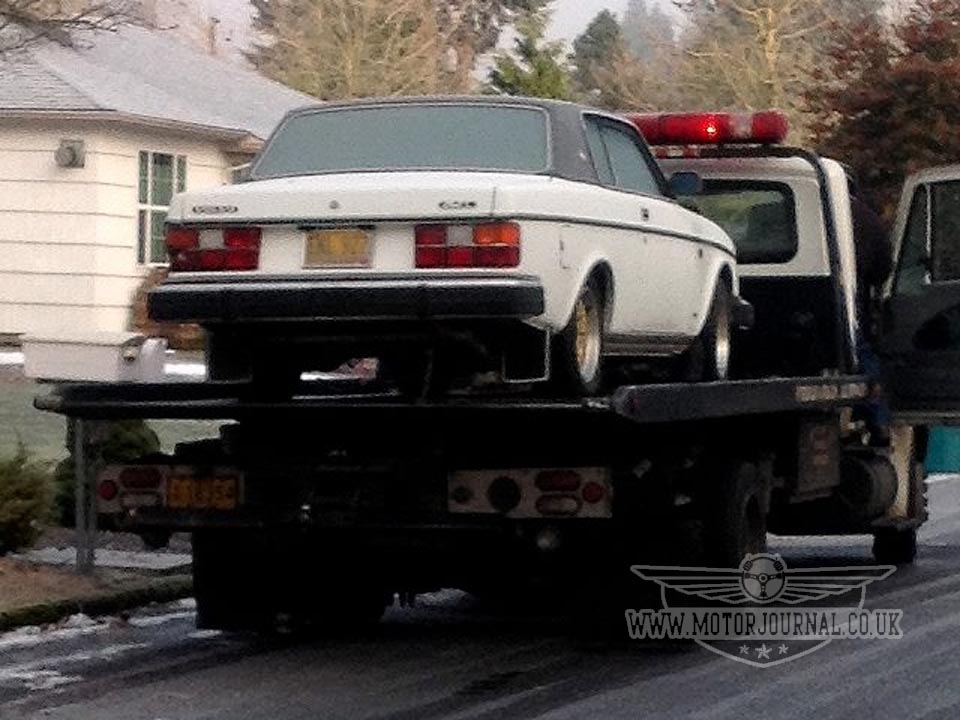 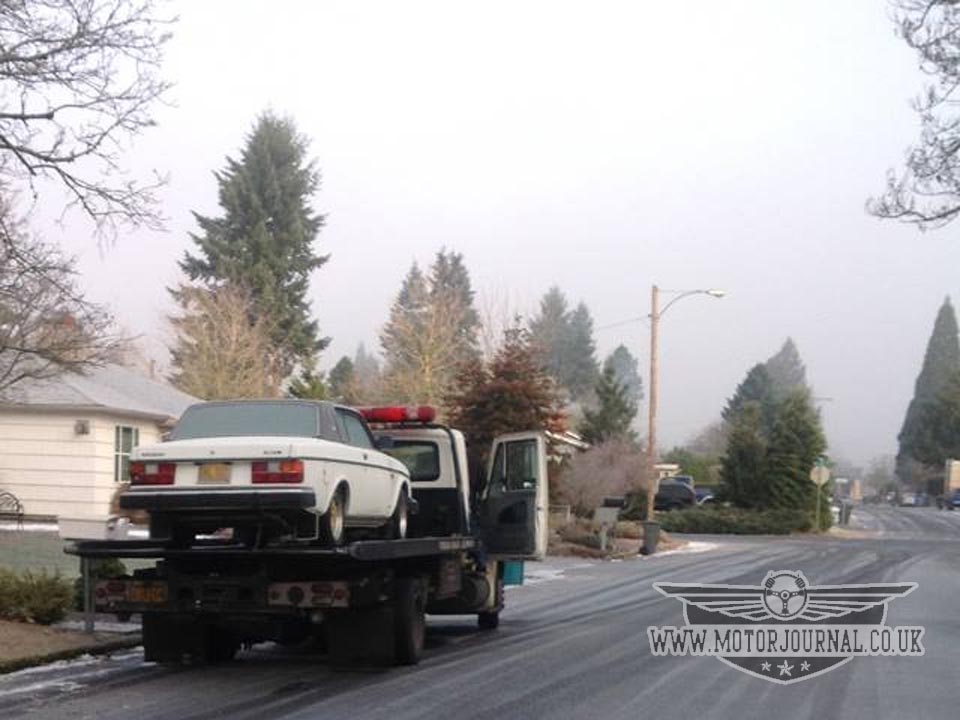 Hooraaah!! The shippers had finally been able to collect my car! Finally I thought it was starting its 4896 mile trek from it's old home in Vancouver, to BelongaClint! But even though the shippers had my car of course this wasn't the end of it, she then she faffed around with the title documents by not sending it to the shippers, so even though they had the car, it still couldn't leave the USA! In total it took about TEN months before it finally got here. By the time I finally collected it from the docks I was really hacked off, and so since getting it home it's just stood there, and it's a good car, and it's rust free! I should be driving it really, or sell it, but I keep thinking that if I sell it, will I ever get another chance at owning one? I decided that at the very least, I needed to get it registered!