October 10, 2017
Plans for today included a 250 mile round trip to collect various ebay purchases and parts. But before I could do that I first needed to do a tip run to dispense with various pieces of rusty steel chopped from a certain rusty Carlton that I have yet to tell you about, and various other bags of rubbish.

I loaded up the rusty bits, some old bike frames, and some old wheels and headed off, on the half mile drive to the tip all seemed fine. I unloaded, and jumped back in to head off back to BelongaClint to collect my satnav, and then head off. I turned the key... It wouldn't start, it was as if the starter was jammed, I tried again, the same happened. I gave it another go, and although it seemed very laboured it did infact start! Weird, nevermind I thought, off we go! But it was spluttering a little, and misfiring! Now, for me, being no mechanic, when my car is misfiring, the first thing I do is to apply a good stomp of my size nines to the accelerator, and see if that clears it! So this is what I did... It picked up a bit, but as it did I looked into the rear view mirror... Oh dear... It would appear that I am driving a steam engine! Plumes of white clouds filled the road behind me! I was like some sort of secret agent leaving a smoke screen! Hmm, thats not good! Let's just hope I've not laid down a secret agent style oil slick too! I've probably not been a mile yet, I glanced at my gauge cluster... 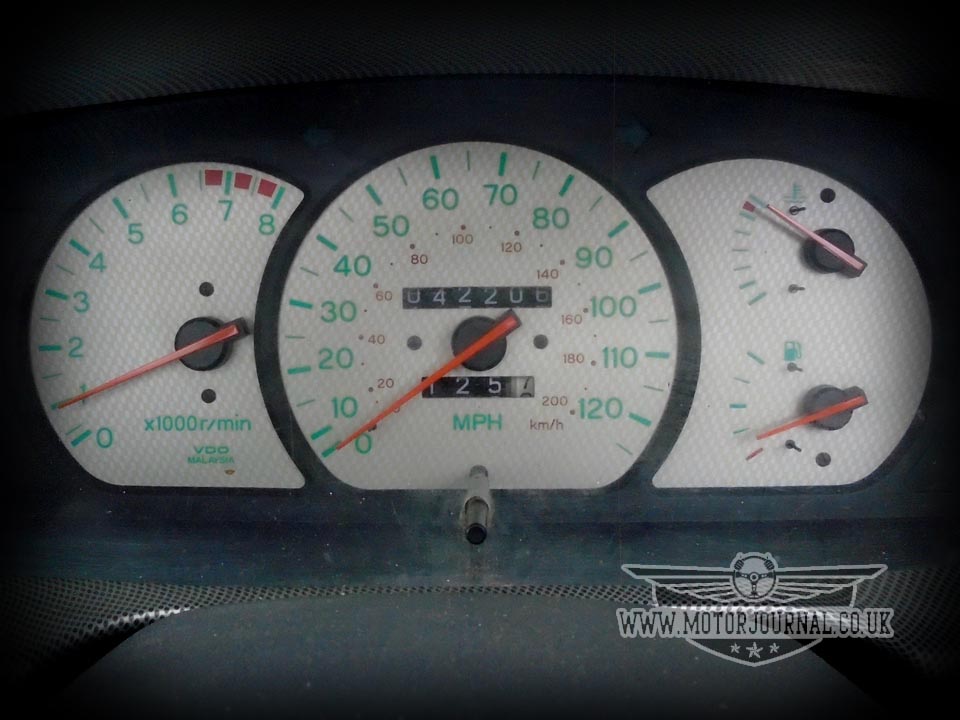 That's looking a little warm, perhaps I'll not bother taking this today. Now I'm not much of a mechanic, but at a guess I would say that my headgasket has given up the ghost! Bum Bum BUM!! A quick look around the rear end... 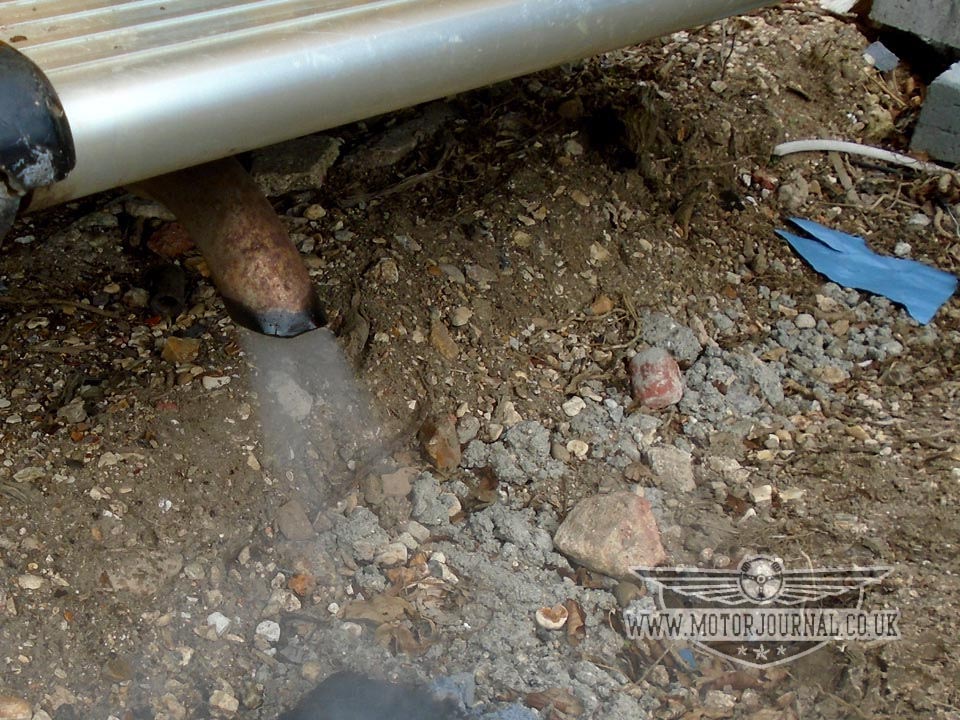 Yep, that looks hot and steamy, and not in a good way! Might as well open the bonnet, although I was pretty sure what I was going to find! 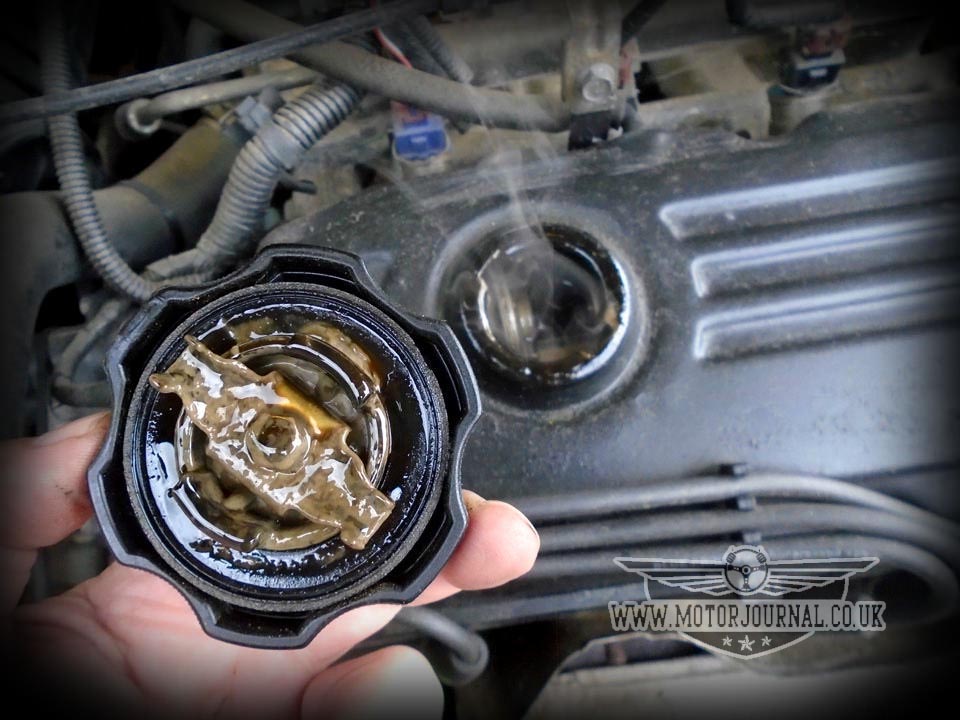 Yep, this  was exactly what I was expecing to see! As irritating as this is, and believe me it is irritating, but it's not as irritating as it would've been had I have been half way on my round trip instead of less than a mile from BelongaClints! 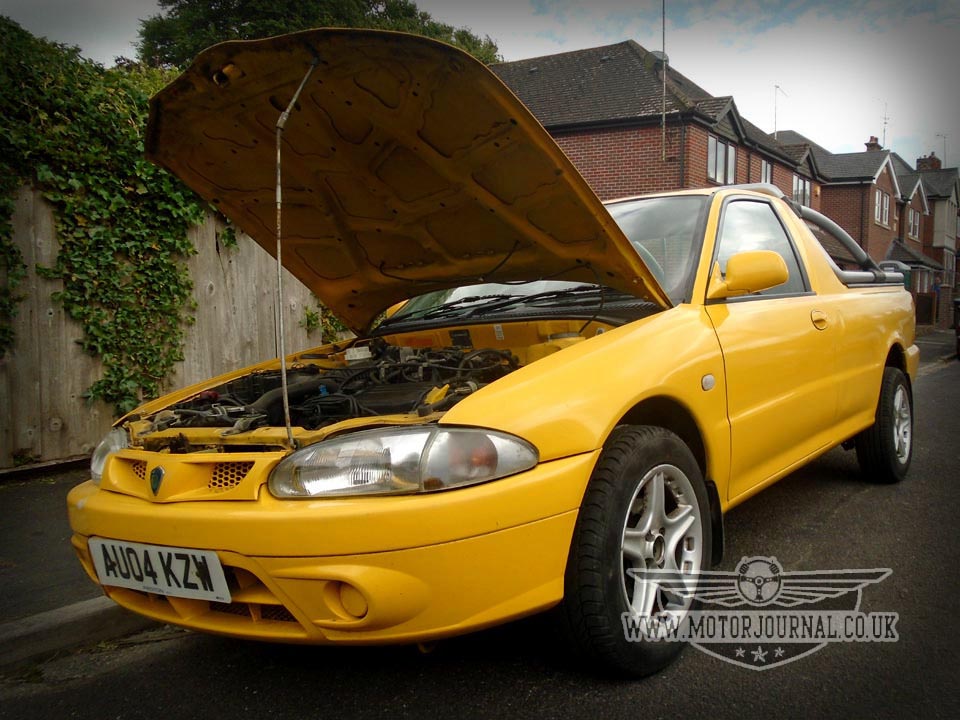 I ♥ cars, no really I do!! But I guess when you get through as many cars as I do, every once in a while one of them might break down! Now the problem is that I reckon a mechaninc is going to charge me proper money to fix a car that really isn't worth much more than five or six hundred quid! But I guess I shall ask around, get some prices, and then probably roll up my sleeves and see if I can make it worse myself! Joy of joys! Updates as they occur!