October 01, 2017
After more than a year of ownership, it was time once again to MOT the old Scrappage Scheme Survivor, and even after putting it through an MOT already, it still fills me with dread. I don't think it's so much what will they find, I'm ok with that because I want my car, whatever it is to be in as safe condition as possible. But I do worry about how much they'll find, and will I be able to fix it, or will I be able to afford to get someone else who knows what they're doing to fix it? Anyway, after the fiasco with the previous years MOT when I stupidly took it to Kwik-Fart only to find that actually you can get better than a Kwik-Fit fitter, I decided not to make that mistake again. So I took it to the same place it visited last year after the kwik-fit fiasco... BEST autos, in Winchester. 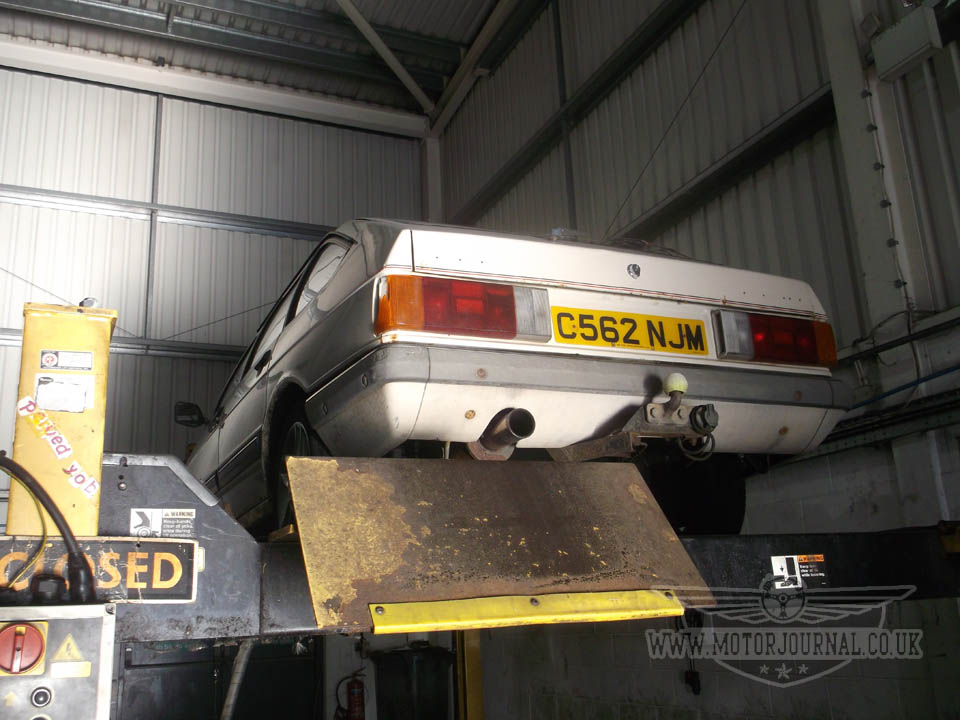 It was a fairly young fella (well, younger than me anyway!) who carried out the MOT, and before too long he was done with it, and said that this was the first Talbot he'd ever MOT'd, and the first one he'd even seen!! Like I said, he was a young fella! Anyway, he remarked on how solid it looked, and how it seems to be in quite good condition for it's age. 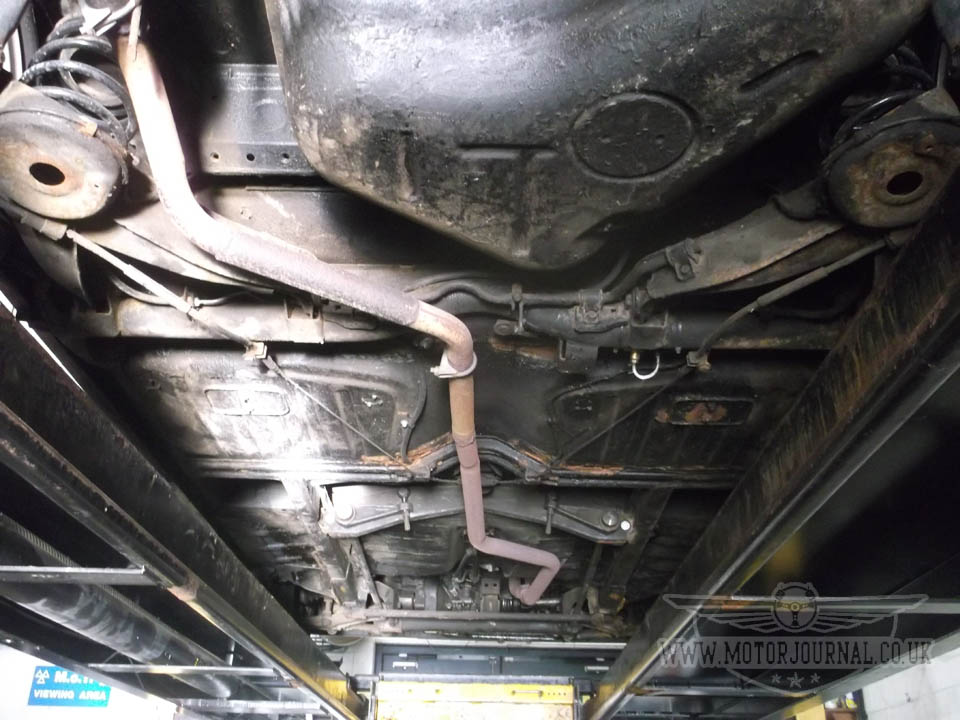 Although it has clearly been welded, but what 30 year old car hasn't? He reckoned it would be good for a good few years yet, and issued it with a clean bill of health! So another years worth of happy Talbot motoring for me now that I got me a new MOT.

Or will it be... You see, on my way home I took a little detour to collect some supplies from my local Homebase store. When I got back out and walked to the Talbot there was a fella looking at it, and taking a few photos. Ok, nothing too unusual there, it's an odd old car that you don't see everyday, so I've found a few people photographing it in the past. So we have a little chat, it was the normal stuff, how long you had it, whats it like, so on, and so fourth. Then he said, how longs the MOT? I said, I just got a fresh one today. So he says, great, wanna sell it? He then offers me too much for it, not, way too much, but just too much! 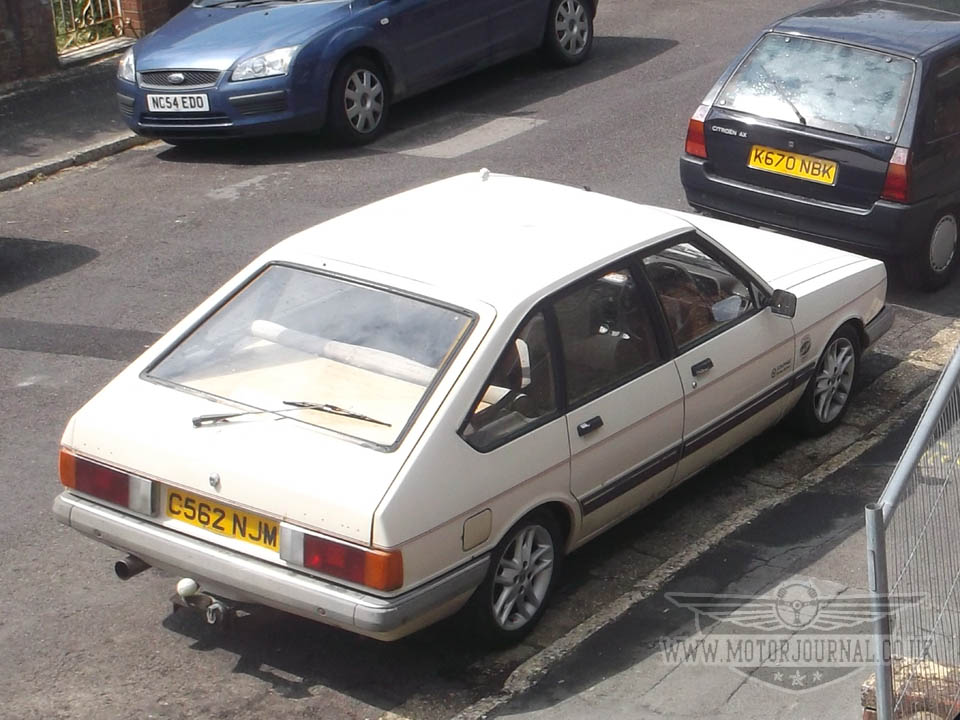 To honest, I have been backwards and forwards about this for some time now, and after taking it for a nice long run a while back I really thought that I had made up my mind, but the trouble is, that was the last time I took my Alpine out for a spin. But the other day, while I was sitting there having my lunch looking out the window at it I thought I might offer it up for sale! I must admit I'm not thrilled about it either, but I just don't seem to be using it enough, it's not that I don't want to, it's that I just don't seem to have the time! Also, I have lost my storage, which already reached full capacity anyway, so I was thinking about having a bit of a culling before trying to find a new home for the rest of my collection of rust and filler. Added to that, I'd probably be better off getting my original Alpine back on the road, I bought this one in the hope that it might help me ragain my mojo for it, and to an extent it has. But, having said all that, the main reason that I've been backwards and forwards with the idea of selling it, is that this would bring my little adventure with this lovely little Talbot to an end, and I'm not sure I'm really ready for that! The thing is, I like it. No, I really like it, but having a man waving a wad of cash in your face sure can help to focus your mind. However I was, at the time riding a bit of a high from it's MOT pass, and I was planning on taking it for a bit of a run that night, which I did, and it was great. I do enjoy driving this little car, but maybe it's time to just let someone else have a go with it? I don't know, but I took his number and told him that I'd let him know either way after I've had a day or so to think things through. 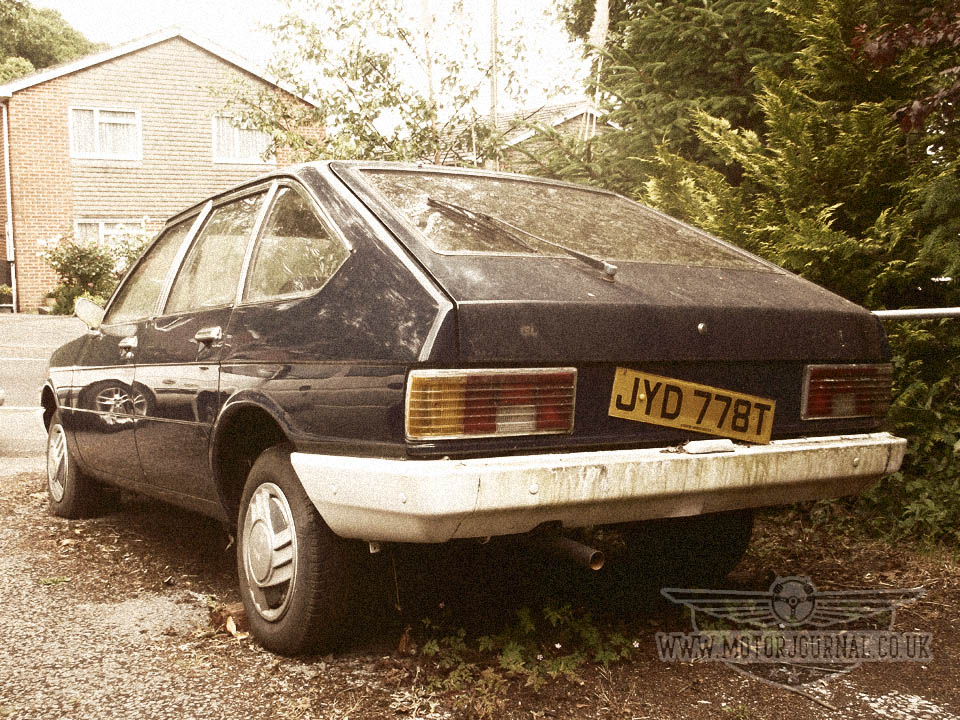 Deep down I guess I know what I should do really, because while I'm cruising in the Beige Blaster, I'm not working on my original one. Really, what I should do especailly as I've got someone interested is sell it, and spend the money on my original one, and get it on the road in place of the beige one! Then patch, fix, drive, enjoy my original one as it is, with the rust and everything. It is possibly not quite as in good condition as the beige one, but it has more meaning to me. I'm half tempted to upgrade it, and I have toyed with doing (or having done for me) a rear wheel drive conversion on it. The trouble with this is that I'm not sure of the legalities involved with that kind of malarky, and I feel that I may well end up with a 'Q' plate if I end up doing a rear wheel drive conversion. Not really what I would want to be honest! However, it's something I'm looking into, half heartedly I'll admit, but there you go...

I know, I know, I really should just get it back on the road as it is shouldn't I? The trouble is I'm a bit lazy, and the current Talbot Alpine is currently roadworthy, and the blue one (or the green one for that matter... Yes, there's a third!) are not roadworthy at all... Arrgh!! Decisions, decisions!