For a little while now I've been thinking that my time with this magnificent beast is drawing to a close. There is no problem with it, and I do enjoy driving it (probably too much be honest). I'm probably not even really done with it if the truth be known. It's just, with petrol the price it is, it's just too damn expensive to run. 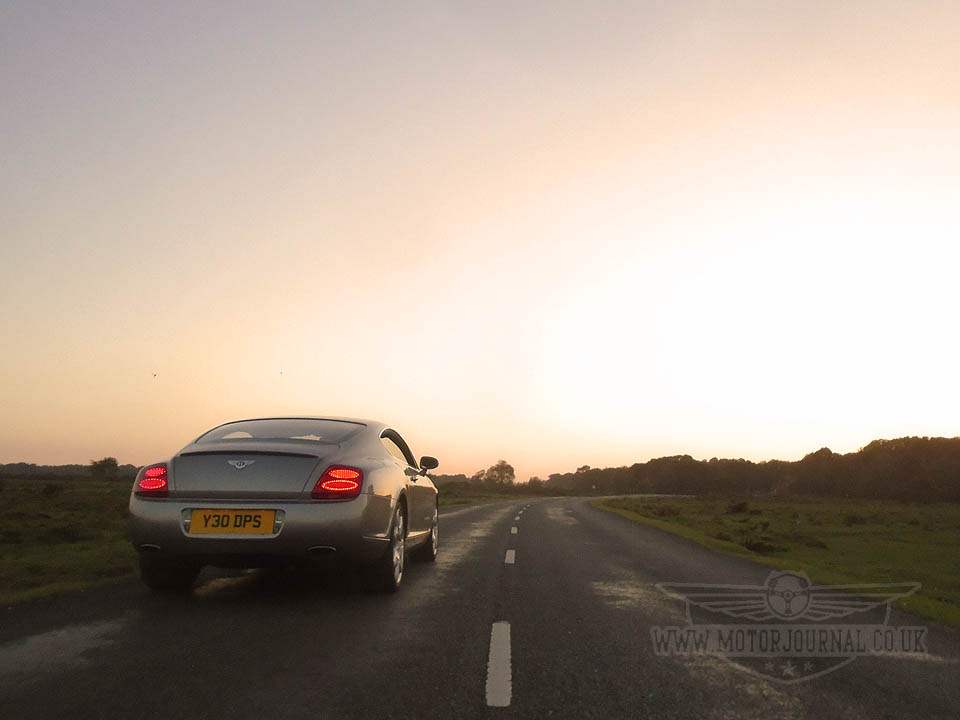 As such, just lately I've been using it less and less. I do love driving the StreetKa Named Desire, but I feel that really I should be driving this more, and the StreetKa less. Because I know that my time with this is limited, whereas I'll probably keep the StreetKa for a little while yet. I'm still not finished with it, not that I'm really finished with the Bentley yet either. But I have had this thought in the back of my head a little while if I'm honest which came to the front the other day when I was filling the 90litre fuel tank of the Bentley which at the time was pretty much completely dry.

I found myself filling up at a petrol station in Wales for the return journey back to BelongaClint and paying a whopping £2.01.9 for a litre of go-go juice. This meant that my tank full was over £180.00! All this from a petrol station that had the slogan "Driving down the cost of motoring" across the door! Hmm, to be fair to them I did stop at the services for a wee on the way home and the petrol there was £2.08.9 a litre, so I guess they were cheaper, but still, to me, it sounded like a lot. I was feeling pretty irritated already, but something that's been bugging me forever is that it was £2.01.9. Why do we need that .9 of a penny, are they trying to make it out like it's cheaper or something because it's not a whole penny? Just call it what it freakin' is, £2.02... Idiots! Perhaps I was feeling particularly grumpy this day, but it just got to me, and I felt like I was on the verge of a proper Basil Fawlty moment! Anyway, with the best part of £200 worth of petrol on board I set off for home... Gingerly! I carry next to nothing in the Bentley in an effort to save money by carrying less weight, I'm even starting to wonder if driving naked might be an option? Of course this means walking out to the car naked, and walking from the car to the house naked, because there'd be no saving if you took the clothes with you, the weight would still be there, and if that's the case you might as well be wearing them. The problem with this however would be the day I tried it would most likely be the same day that I broke down beside the motorway and had to call out the RAC. Imagine that conversation. "Erm, hello, I've broken down beside the M4, could you please send someone to collect me, and have them bring a pair of boxers, a T-shirt and some trousers. I was trying to save some money by making the car as light as possible, so I'm not wearing any clothes!" Yeah, not good, although it should give everyone from the person answering the phone call at the RAC to the patrolman a good chuckle. 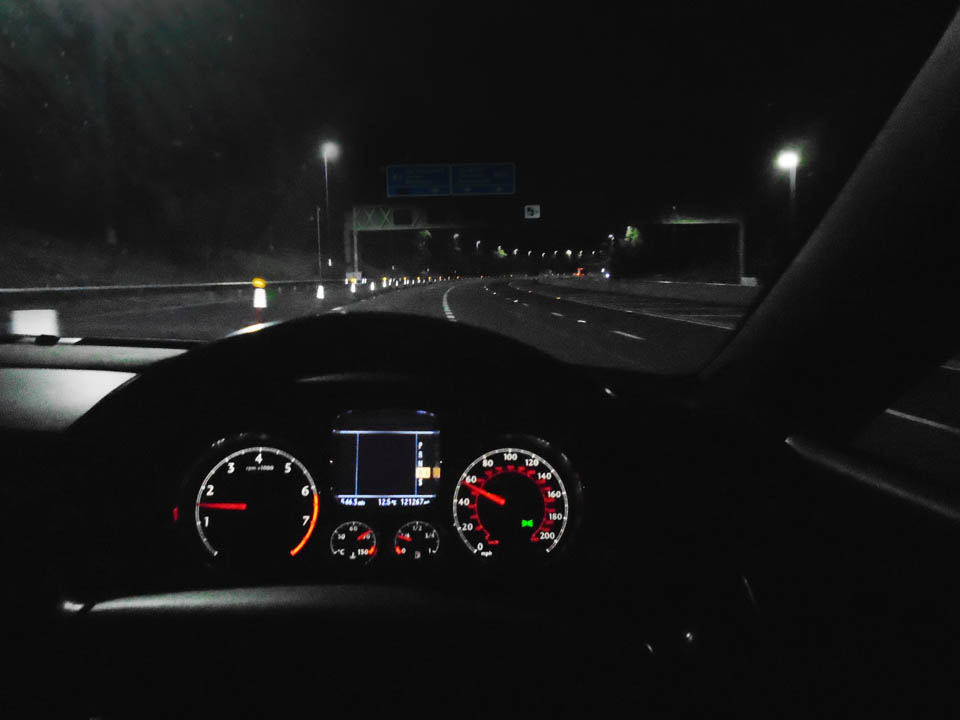 So instead of this potentially embarrassing situation I figured that a better way forward may be to travel late in the evening, or early night when the air is cooler, and therefore more dense, but more importantly the roads have less traffic on them. However, as the car weights about 2.35 tonnes, even with my most economical driving shoes on I reckon I'm probably only getting more or less about 15MPG, or to put it another way, about 3.30 miles to every litre. This means, at 60mph, every minute on the way home I was burning through about 70 pence worth of petrol, that's like the price of a Twix... Every minute! I know that doesn't sound a lot, but when you think about it, that's about £42 an hour, and that's not ideal is it? Especially as that's about three times what I earn an hour.  I know it sounds like I'm complaining about my self inflicted wound, but I'm not really, I knew this was going to be expensive when I started, and I accepted that. But still, this means my trip to the secret hideout in Wales cost me about 52 litres of go-go juice each way, or if you like just over £100 each way, plus of course the fuel I used while I was there, which is why, really it's probably time to sell this thing... (at some point soon... perhaps!) 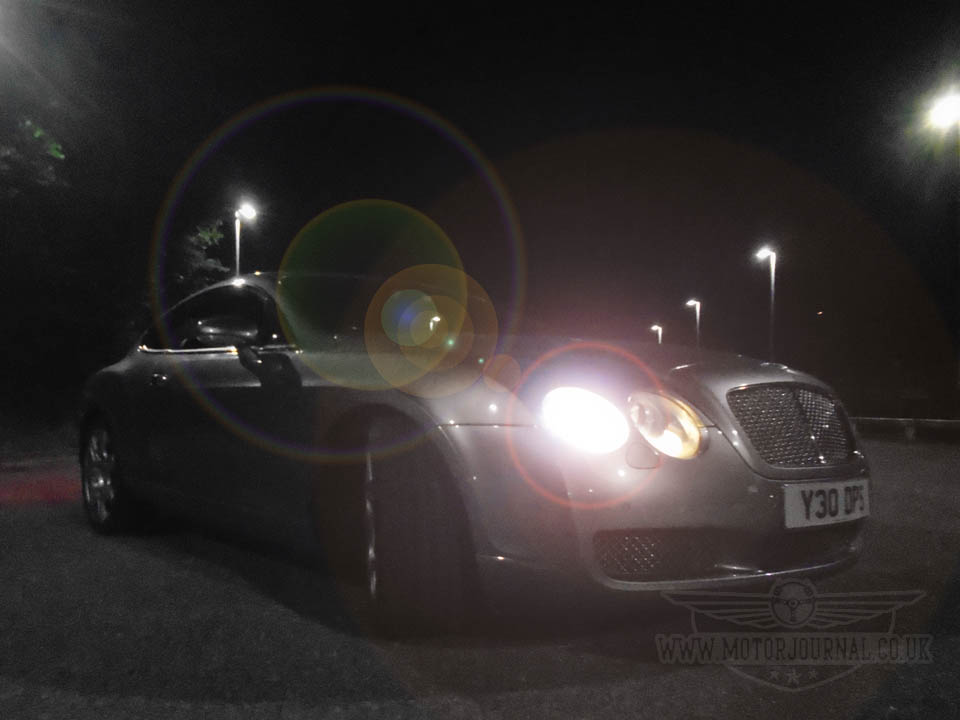 Arrgh! I know I'm far from being done, and my feeling that if I don't get to the point where I feel I'm done I'll keep wanting to revisit the idea of having a Bentley, much like the StreetKa. I think the StreetKa Named Desire is the fourth one I've had as every time I've had one I've sold it before I had been fulfilled, so then I feel the need to buy another one. Unlike the StreetKa I can't really afford or justify just getting another Bentley on a whim to satisfy the urge to have one again. It needs to be fully out of my system... ish. Besides which, it's not really fair on her Worshipfulness because since getting the Bentley she has been paying for pretty much everything, even going so far as to pay for bits for the ongoing StreetKa Named Desire project. My feeling is that not too many wives would put up with this nonsense for too long, there's no way Girlfriend would. I could see if her Husband came up with something like this it would be shot down straight away. I know that my Brothers wife wouldn't allow it either, so I guess I got pretty lucky with Mrs Clint, but even so, I probably shouldn't extract the urine too much. I probably shouldn't bite the hand that feeds me. So probably it's time to give it some serious consideration... 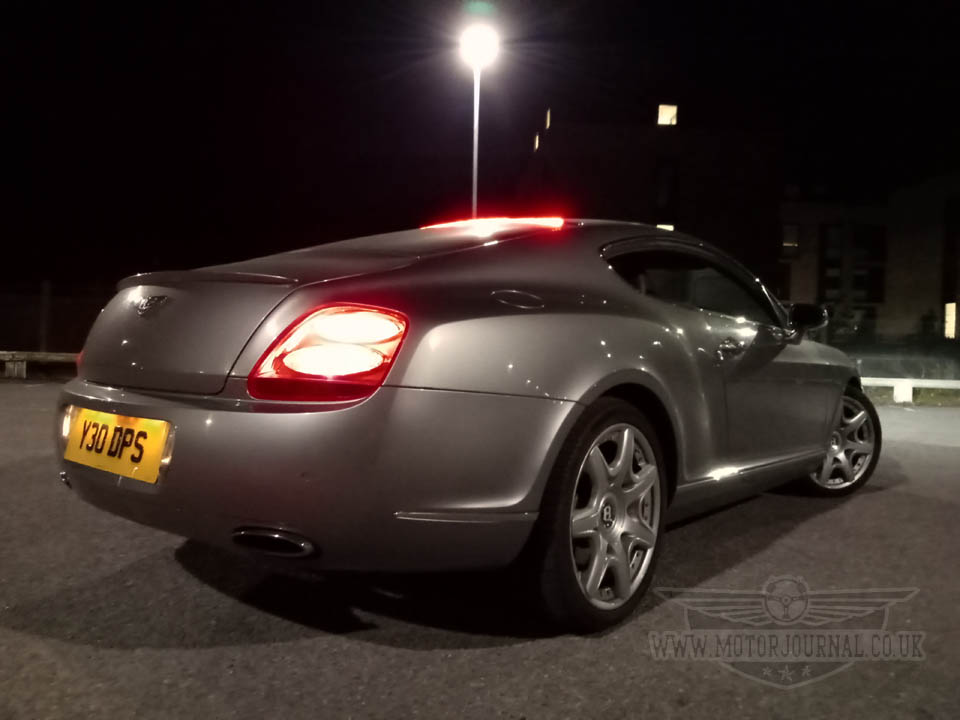 Soon! But how soon is soon? I dunno. I had originally planned to keep it for a whole year, and that would've been nice, however there were several problems that I didn't take into account. Firstly, I knew it was going to be thirsty, but I had no idea really just how thirsty it could be. To put this into context, my Mustang, which is the same sort of sized car just with a smaller engine, does over twice the MPG that this does, and actually, I miss driving it. But I don't drive it because I'm driving this. Secondly, when I originally got this I was getting petrol for around about £1.48 per litre, which although still not good, it's nowhere near as bad as it is now. At this rate, the way things are going I'll be having to ask Mrs Clint for petrol money just to run the thing. That won't be a good day!

So it's time to put my sensible head on really, and come to terms with the idea that my days of Bentley ownership are drawing to a close. I've got a couple of things I want to do with it first, including a school prom. Then after that, and short of a big lottery win, then I think it'll probably be up for sale. I'd like to keep it for the school Summer holiday, but the reality of that is that if I do keep it, then we probably won't go anywhere or do anything as the funds will be low, and I really don't want that. I like to take my two little Monsters out during the holiday, and actually I wouldn't mind going away for a week or so even if it is just to the secret hideout in Wales one last time, at least it'll be a bit of a break away. But I guess we'll have to see how it goes. Updates as they occur. 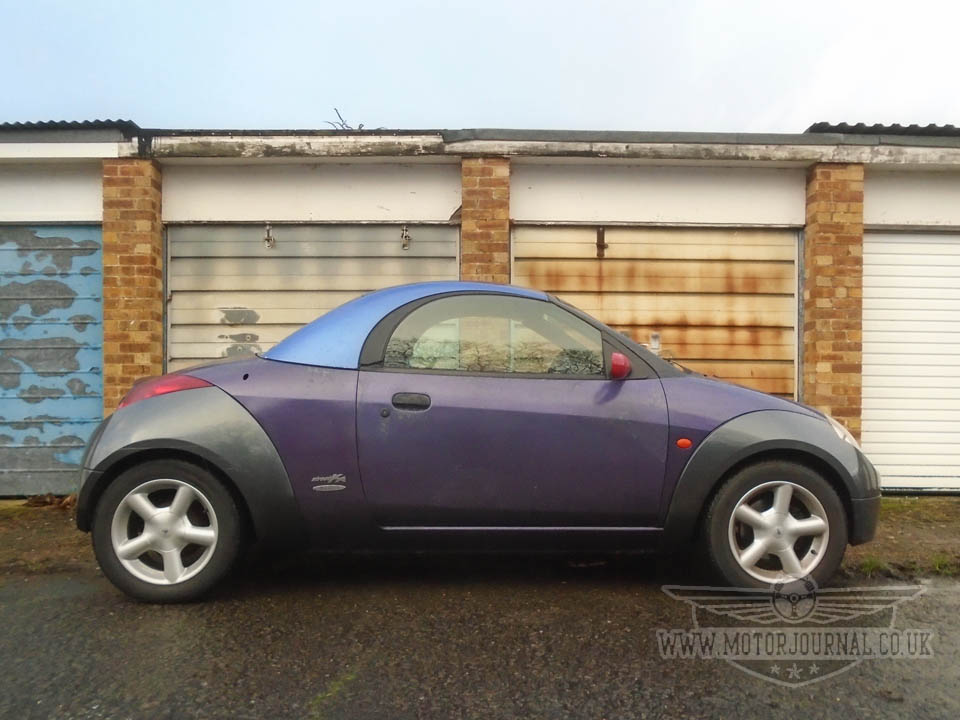 Why am I bothering with this junk? I mean, that's what my friend said as he stood there watching me finish up washing the Bentley, and then start to wash the StreetKa with the same love and attention that I'd just given the Bentley. He went on to say that he couldn't understand why a fella with a Bentley would have any interest at all in a StreetKa, but not only that, it wasn't even a good StreetKa, it was probably the worst one he'd ever seen. I don't know I said, but I have a date tonight. "A date?!" He replied, "You really haven't fully got your head around this married thing yet have you? Does the wife know?" I told him that I wasn't sure, I'd not told her so maybe not. I'll probably let her know later. "Is it the Girlfriend, and tell me you're not cleaning the StreetKa to take that, tell me you're taking the Bentley." I laughed and told him that it was not the Girlfriend, but asked him why he would jump