When I sold Mrs Clints Ford Focus Cc I really did think that I would be able to convince her worshipfulness that the way forwards for her, would be a lovely Black D22 Nissan Navara... That hasn't exactly gone to plan. She's driven it a couple of times, and I think she's getting into it, but it seems that more often than not, she takes the StreetKa, even though she hates that thing apparently. By all accounts she doesn't care for it's slightly playworn looks, but what she really doesn't like is that square steering wheel. Anyhoo, the StreetKa named Desire is not why were here to talk about, so lets talk about this thing... 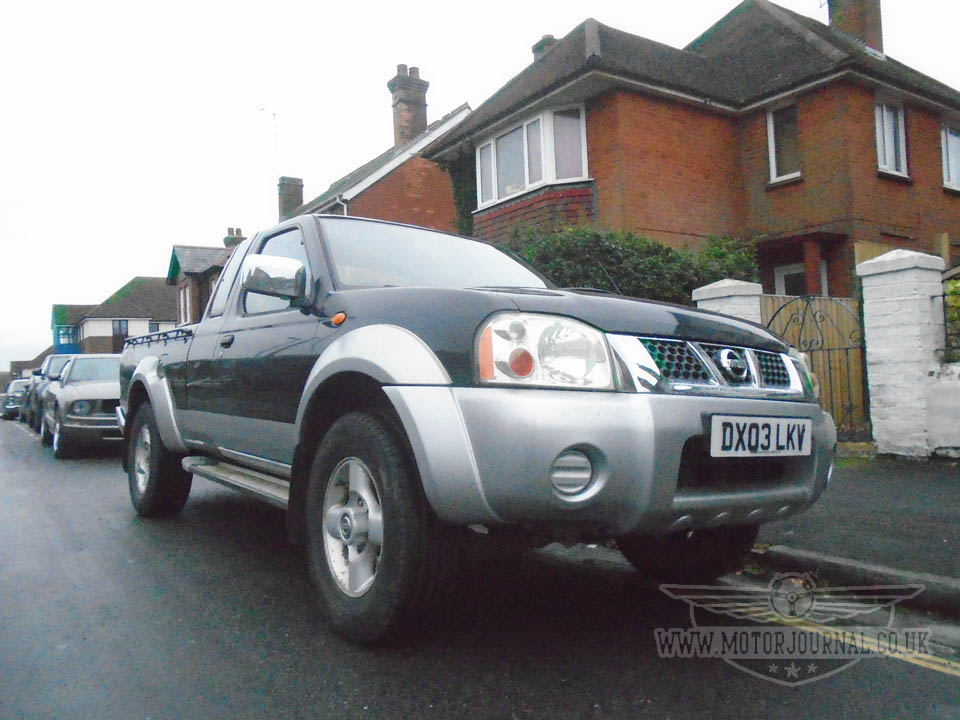 The Navara. I really don't kow what is stopping her from having it, she likes pick ups, and wants one. She likes 4x4's, and wants one. She's even expressed a desire to have a black car next. What the heck, she could have all of that in one car, erm.. Truck. But no, she doesn't want this thing. I've got to say that this irritates me a little as I like it, I know it's good, and although I don't really want to let it go, I do feel the need to have something else. So for me atleast, it would be perfect if Mrs Clint had it, but she's adamant that it's not for her. So with this in mind, and with work to do on the other side of the Severn bridge I headed off to my secret hideout with my little truck loaded up with a few tools and bits and bobs. 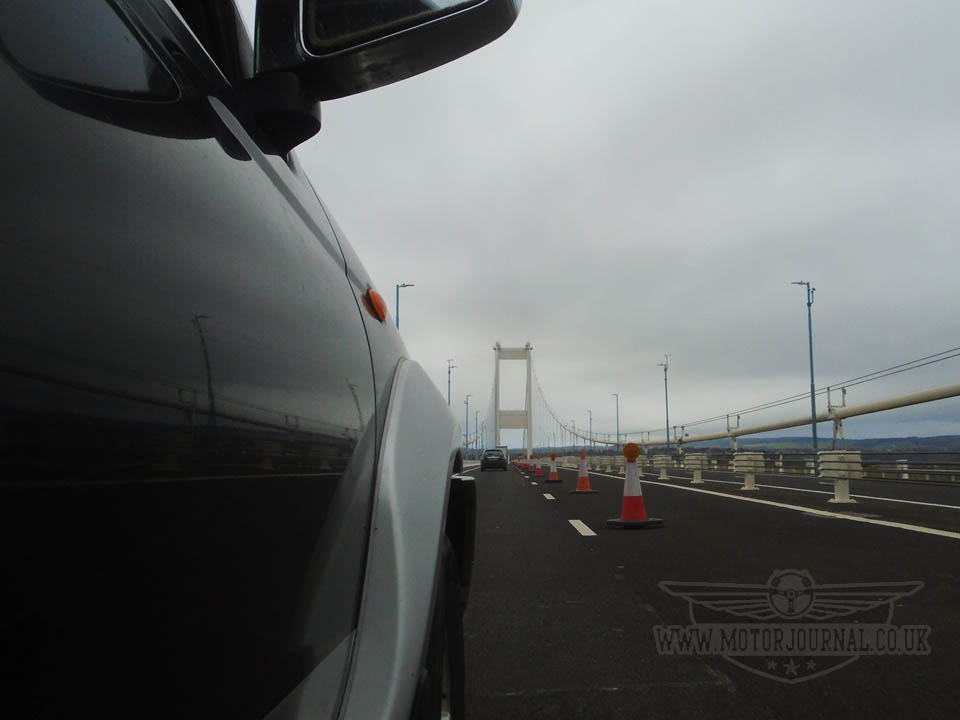 As seems to be the way when I'm heading to our secret hideout lately I had a small detour to make en route. I neglected to tell Mrs Clint because, well, why would I? I don't usually, I like to surprise her with these little added trips, I think it helps to spice her day up a little. Added to that I was on my own, and picking up another bike (which I don't need), even though it meant adding another 40 miles or so to the journey. I've been after another Kalkhoff bike for some time, and so with my new (to me atleast) Kalkhoff loaded into the back of the Navara I was off to my secret hideout in Wales. I'm pretty sure I was grinning like an idiot all the way there with the thought that I'd finally got myself another Kalkhoff, and should you feel the need to read about this little beauty, then it's here in my far less popular cycling blog.

Anyway, I guess I was about 40 miles or so from my secret hideout when I thought that something was up with the Navara. I don't have a radio or anything in it, so I listen to the sounds of the truck as I drive along, and it didn't seem to be doing anything differently, although maybe there was an ever so qiuet tappety type noise which I couldn't decide if the noise was new or not, and as the truck appeared to be running no differently than it ever does I decided that the way forward, was to carry on regardless. I had checked all the vitals before leaving BelongaClint, and as usual had been keeping an eye on the gauges, and nothing looked to be wrong. However, still, in the back of my mind, despite everything looking to be OK, I had this little inkling that something, somewhere was up. 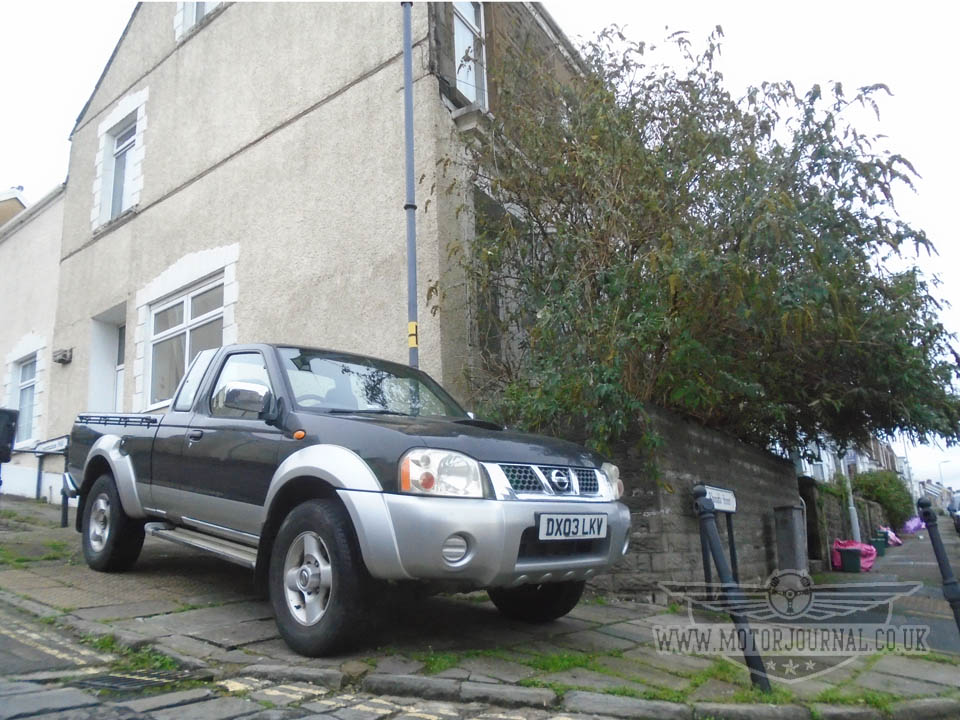 But, forty odd miles of intense listening, and staring at the gauges later I was pulling up outside of the secret hideout in Wales in the Navara, and all seemed well. I don't know, maybe it was because I was on my own, or maybe I'm just getting paranoid in my old age. Anyway, as I said, all seemed fine, and I was ready to unload, and get to work... Maybe the next day, if it wasn't raining! Now, the reason that I was there was because of the Buddleia that had decided to grow in the front garden (if you can call it that) of my house. I have long been a fan of a big, or full bush, however the neighbours, and local council are not so much. To be fair I had arranged to get the bush trimmed a couple of months back on my last visit, but the person I had arranged to trim it had, for whatever reason not done it, and I can't seem to get in contact with him to find out why. So it was down to me.

I'll be honest, I'm not much of a one for gardening, so I thought that rather than trimming it back, I'd just chop it down completely. I figured that I'd be there for a couple of days chopping, chipping, bagging, and sweeping up. I wasn't going to go mad at it, I quite like it here, plus I had a new bike to test out don't forget! But by the end of the second day it was pretty much all chopped down, chipped up, and bagged ready to take to the local tip. 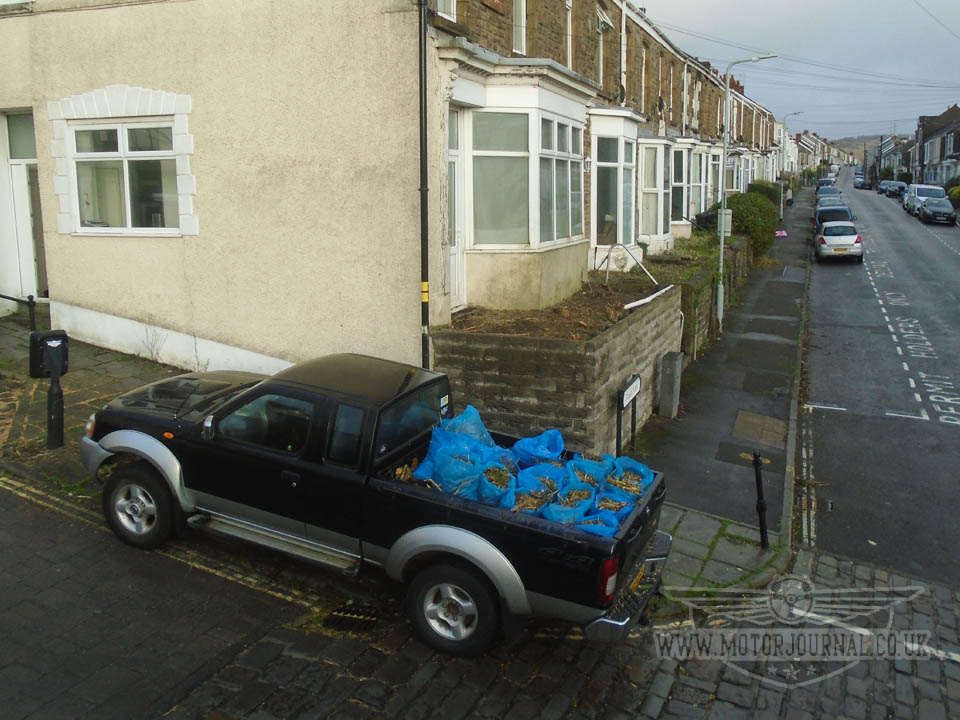 For such a big bush it didn't seem to take up a whole lot of room in the back of the Navara once it had been through my little chipper. But then there was a little problem, getting rid of it. I figured that much like my local tip at home I'd be able to drive in with my garden waste, and empty it out of the bags, but no. I could've had I have been in a car, but as I was in a pick up, therefore a commercial vehicle, then I wasn't welcome at the tip. This, in my opinion is the main reason that fly tipping occurs, it's such a faff to take stuff to the tip in your commercial vehicle that people end up dumping it in fields and hedgrows, and to be honest, as it's all chipped up plant I did think about doing that myself, but knowing my luck I'd probably get caught doing it and end up with a massive fine or something. But I think it's rediculous, it must cost the local councils far more to send fellas out with vans to clean up fly tipping than it would ever cost them if they just let people with commercial vehicles into the tips to dump their rubbish. Anyway, despite seeing loads of places of opportunity to lose a little bit of chipped up Buddleia I decided that what I am going to do with it, is just leave it in the back of the Navara, then when I leave I'd load my tools ontop of it all and drive it the best part of 170miles back to BelongaClint, and take it to my local tip at home. But that probably wont be until I've enjoyed the tranquility of solitude for a bit longer, and ridden that new Kalkhoff that I've just bought a bit more. So for now atleast... Let's ride!