Like I've said before, I've had a few StreetKas, but one thing that has always eluded me was to have one with a hard top. As far as I'm aware the hard top option was only available one the Winter edition StreetKa, and so far I've not had one. That's not to say that I've not looked for a hard top whenever I've had a StreetKa, I have, but they always seems to go for around £300, to £400 for just the hard top alone, and I'm not paying all that money for that rubbish! 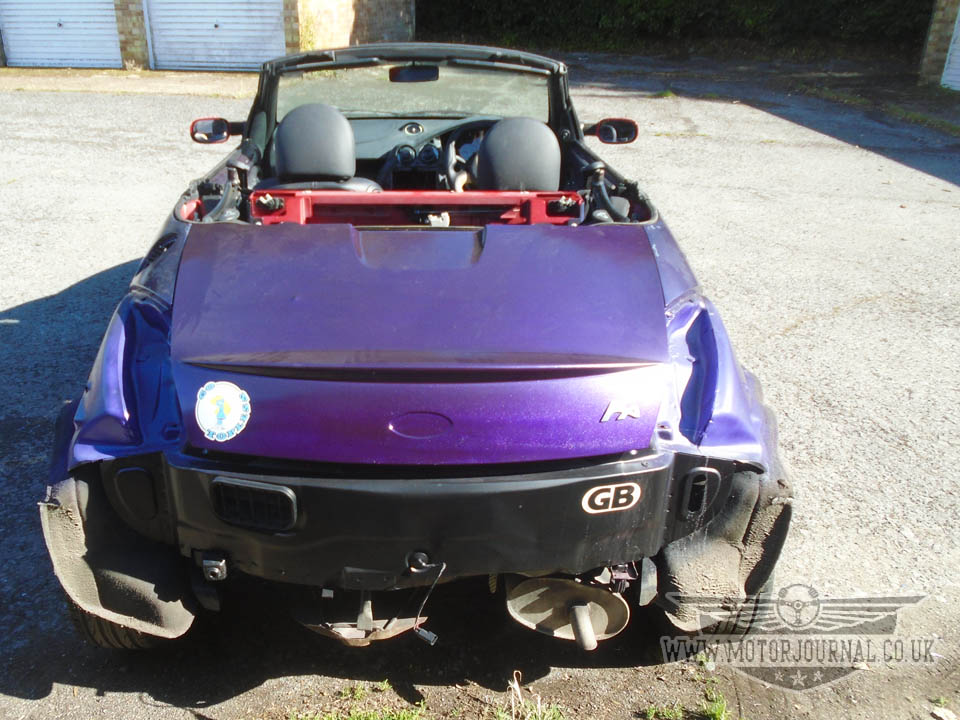 As luck would have it I did manage to find a fella breaking a Winter edition StreetKa not too far from me, and although it wasn't purple, it was blue, and I figured that the blue wouldn't look too bad against the purple, and so I sent the fella a message asking him if he still had the roof, and if he did, how much he would like for it? He messaged me back and said he did still have it, and that he would list it for me. I said no, don't bother with that, what would you like? I figured that anything under about £400 I'd probably go for it as that would probably still be cheaper than battling it out on an auction. But nope, he listed it, and so a ten day wait started until I would be ready to stab in my bid at the last minute, and hopefully win the auction. After what seemed like forever it was finally the day of the end of the auction, I was ready and poised to win, I was so determined to win that I knew I was going to put in way over the amount I really wanted to pay. I logged on, and sat there with my bidding fingers itching to put in my hopefully winning bid. It was already at £225, but as the last remaining seconds counted down, my heart was pounding, and I stabbed in my bid, £500, and hoped that it wouldn't go for anything near that. I refreshed the page... YOU HAVE WON THE AUCTION!! Hooray!! Better yet, I managed to win it for just £235, which pleased me no end! I messaged the seller, and arranged to come and collect it. He told me that he would have it off the car ready for me in a couple of days.

A couple of days rolled by, and I heard nothing, so I sent another message, still nothing! I thought DAMN, someones messaged him and offered him more than the auction ended at and so he's sold it to someone else! I messaged him again, and another couple of days rolled by without reply. Didn't this guy realise that I not only needed this, but I've got a fast approaching deadline to meet! But then I got a message saying that he was sorry for the late reply, but he was unable to remove the hard top. So I messaged him to ask if I could have a go at it. He said I could, so armed up with a fist full of spanners I jumped into the Navara and headed off to see if I could get me a hard top for my StreetKa. As luck would have it, I could, and about ten minutes after arriving I had the roof in the back of the Navara. I've no idea what the seller must've been up to as it seemed to come off easily for me, perhaps he loosened it. Anyway, as I was there I asked him how much he wanted for the bonnet and the folding roof cover. He said round it up to £300 and you can take 'em. Well I took 'em, and gave him the money before heading for home. 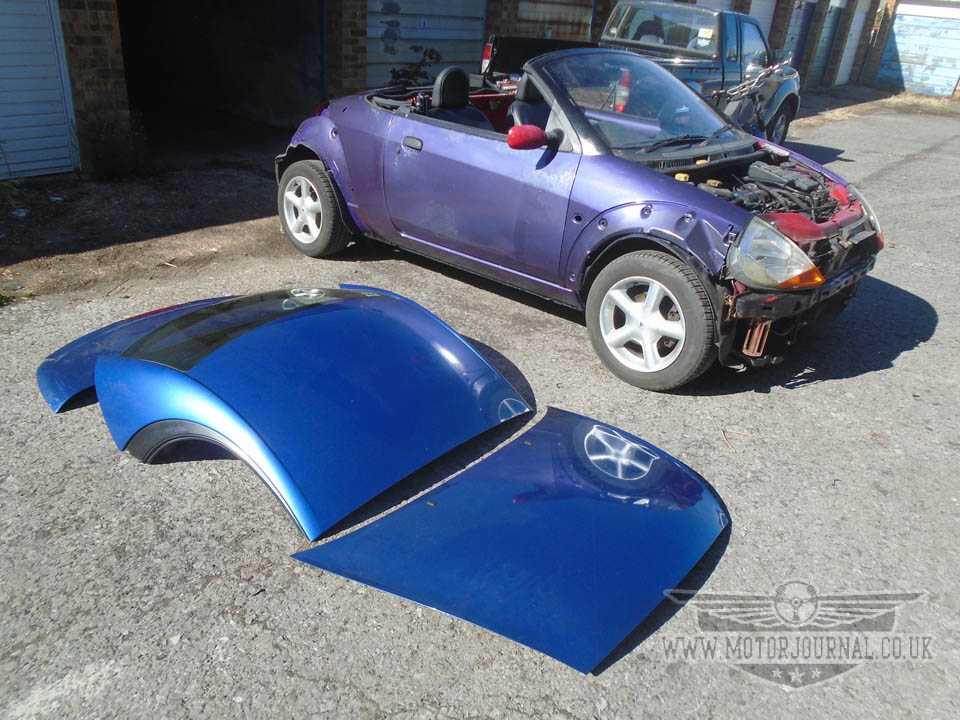 I've got to say I was pretty chuffed with my new parts and about an hour later I had them all on my StreetKa. 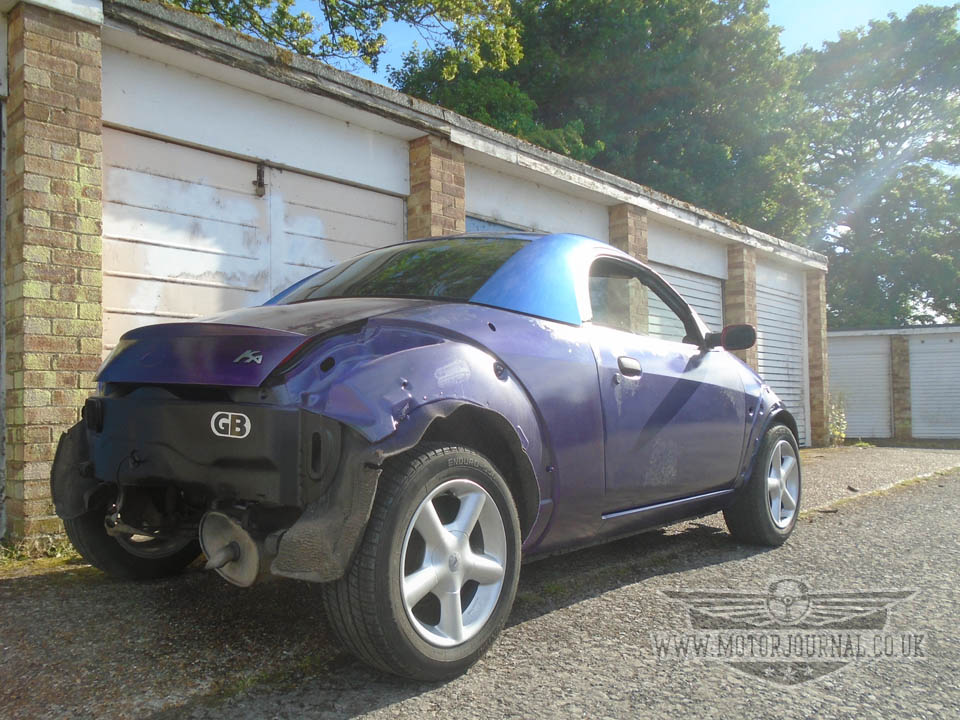 For the first time ever, I had a StreetKa with a hard top roof. I've got to say though that on your own putting the hard top on is pretty damn hard and awkward. I think what we're looking at here is now actually a StreetKa coupé because I can't see that I'll be taking it off any time soon. Plus, what will I do with it when I take it off? I could store it in my garage, but then I'll not be able to get the StreetKa in there too. Perhaps as ever, I didn't think this all the way through! 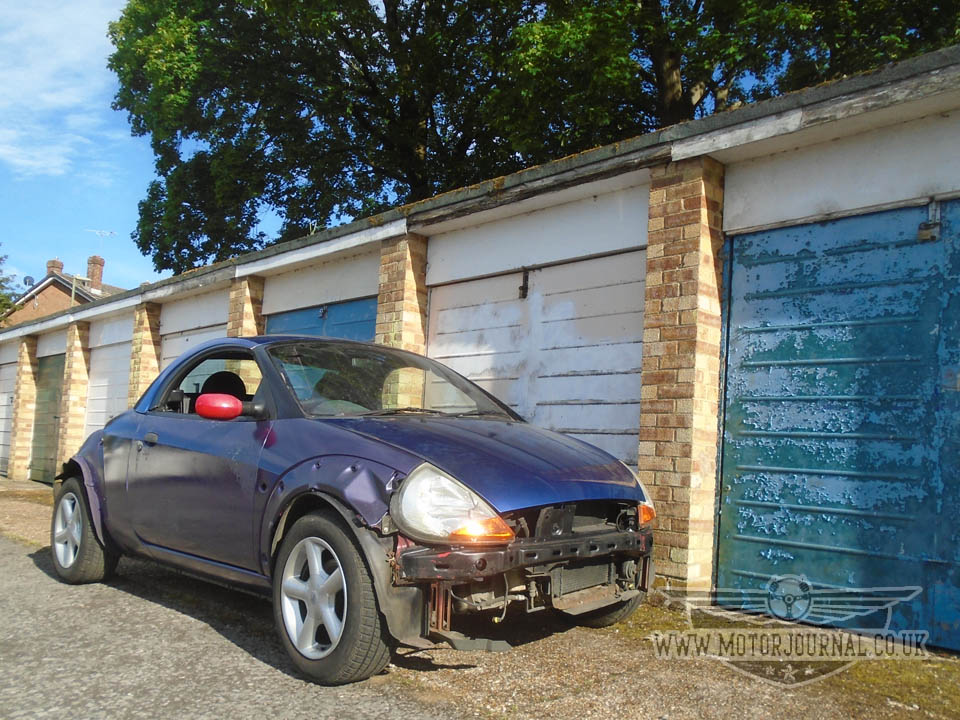 Still, not to worry, I like coupés, so if I've turned my fun little ragtop into a coupé then so be it. Like I said before I've never had the hard top roof, and I've always kinda wanted one, so job done, and actually I'm quite happy with it. To be fair actually I do quite like how it looks on the car, and I don't think that the metallic blue paintwork looks all that out of place against the purple bodywork of the StreetKa anyway. I am pretty happy with how it's turning out. I think if I'd got the roof and other panels in the green, red, or even the silver it wouldn't have looked quite so good so I'm pretty chuffed. 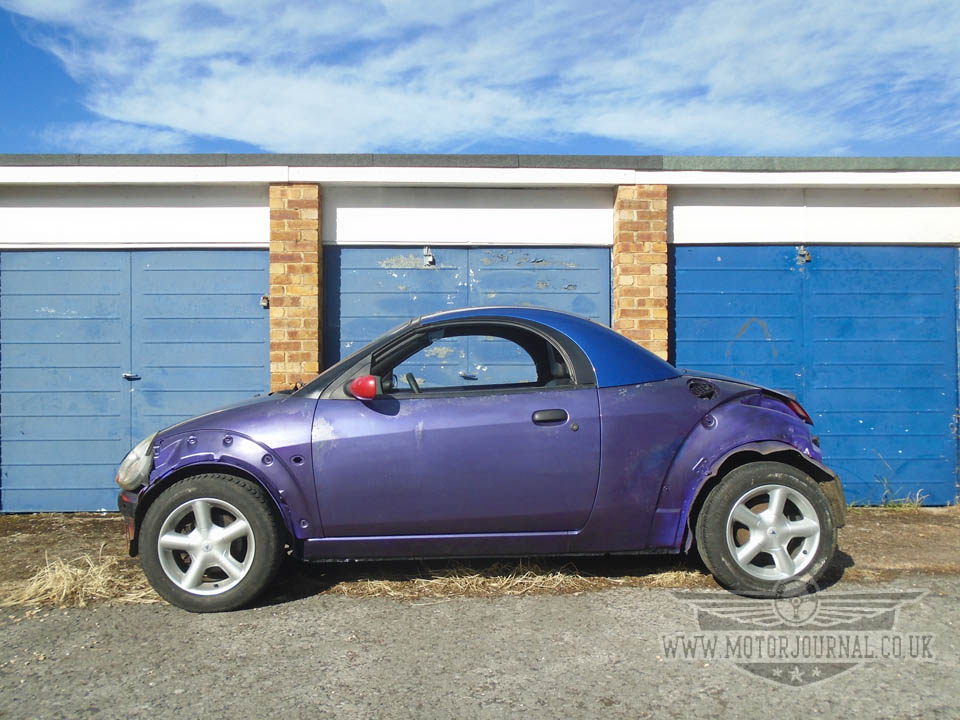 Further more, I only paid £300 for the roof, folding roof cover, and bonnet, so really thats not too bad, as like I said I've seen the hard roof alone go for far more than that recently, so I got a bit of a bargain.

The other thing is, I always thought that the hard roof might make it a little bit claustrophobic in the cockpit, but sitting in there it isn't too bad. It feels more cozy that claustrophobic so I'm pretty happy with it, I'll bet it makes it qiueter too, so that'll be nice, but I guess we'll have to wait and see what it's like when I drive it... Eventually!

As ever, updates as they occur.