I left it for a while after the electrics were all done, even though the finishing line was well and truly in sight I just needed a break from it. Not only that, but work had picked up a bit and I was working quite a distance from home which meant that by the time I got home I pretty much wanted to eat, then sleep. This was of course counter productive to my budget Hotrod build, but in the plus column spending so much time at work, and having no free time meant atleast my very small bank balance was getting topped up. But after a few weeks break from the Hotrod I knew I had to get back into it. The break did me good, I felt keener to get back on with the build even though for all intents and purposes the build was pretty much over, I really was just an MOT away from being on the road... Almost. 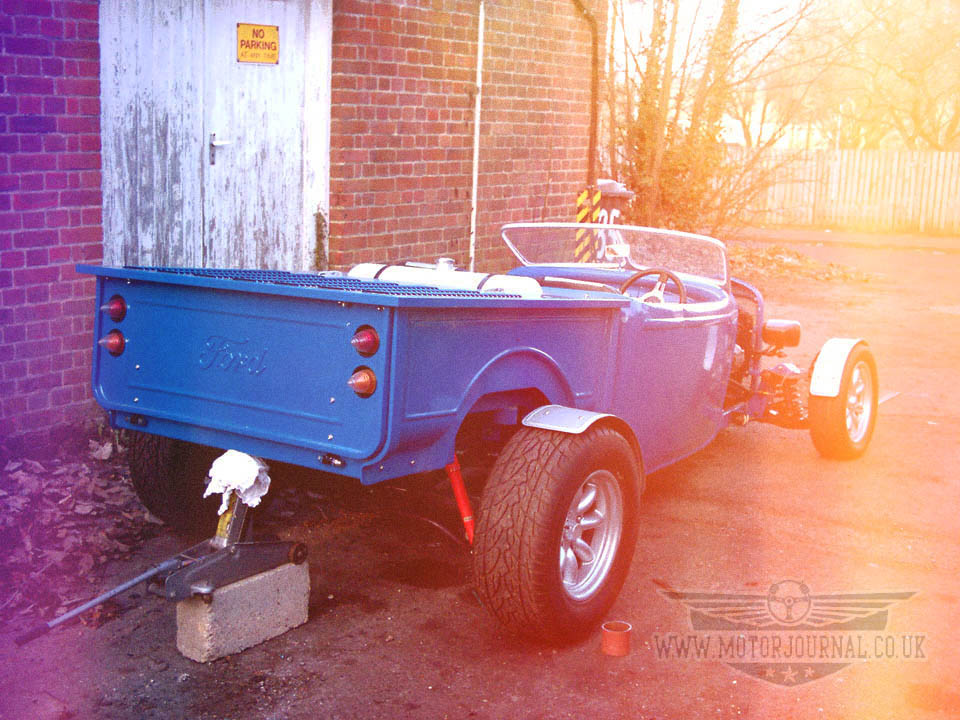 I say almost because there was still the problem that putting it on a transporter un-earthed, the problem of being too low. To be fair I liked how low it looked, it looked, to my eyes atleast, pretty damn cool. But pretty damn cool is nothing when you can't drive the thing because it's just too damn low. There was only one thing to do, bring the back up much like I brought the front up earlier in the build. 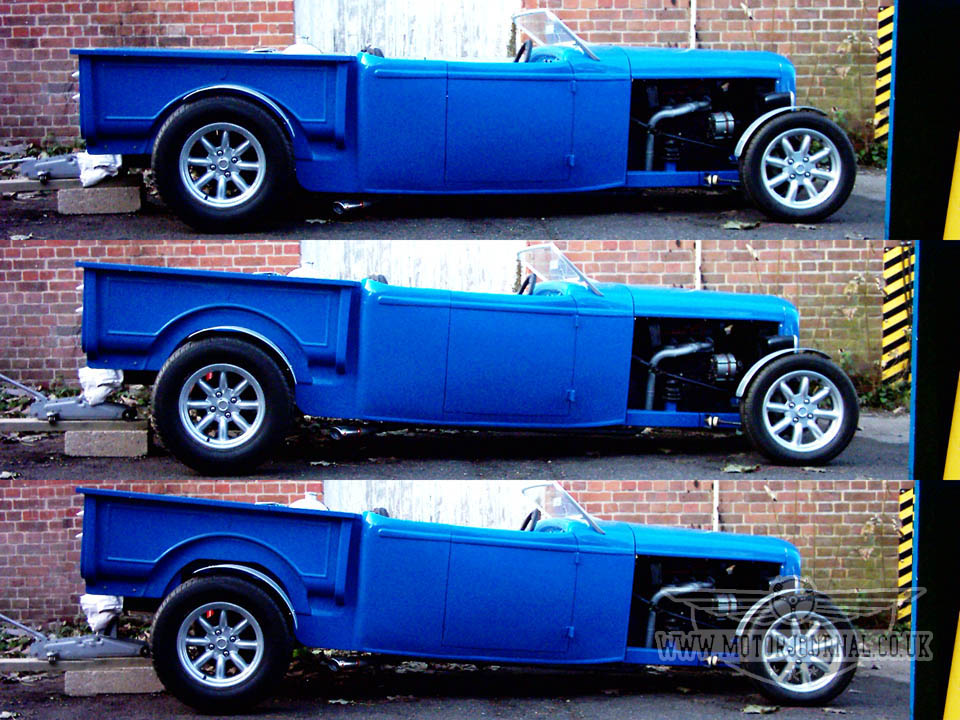 I think that had I not decided that my exhausts needed to exit from the sides instead of from the rear then it would be fine as it was. I did toy with leaving it alone, as frankly, how often will I be putting it on a transporter? But the more I thought about it, the more I wondered how quickly I would get bored of picking up the exhausts from the road after I go over every sleeping policeman? Having had low cars that required picking up the exhausts from the road due to sleeping policemen before I can tell you that it gets old realy quickly. For me it's usually around the third or fourth time!

So my choices were, exhaust scrapingly low, somewhere around standard, and seventies-esque bum in the air! I'll be honest, I quite liked the seventies-esque bum in the air stance, but I felt that as I was so close to finishing I didn't want to be re-upholstering the interior with button draylon and a chain link steering wheel. Or tracking down a set Wolfrace slotmags and a red fog light for the back axle for that matter. So the decision was made to go for somewhere near standard.

I had previously ordered lowered springs to give it the ground hugging stance, and I thought about just getting a set of normal length springs to get the back in the air a little bit. However, one thing I was always a little bit dubious about was the spring mountings on the original kit car donor chassis. It was OK, and had obviously been doing the job well for years, it's just that I felt that much like my school reports used to say, they could do better. 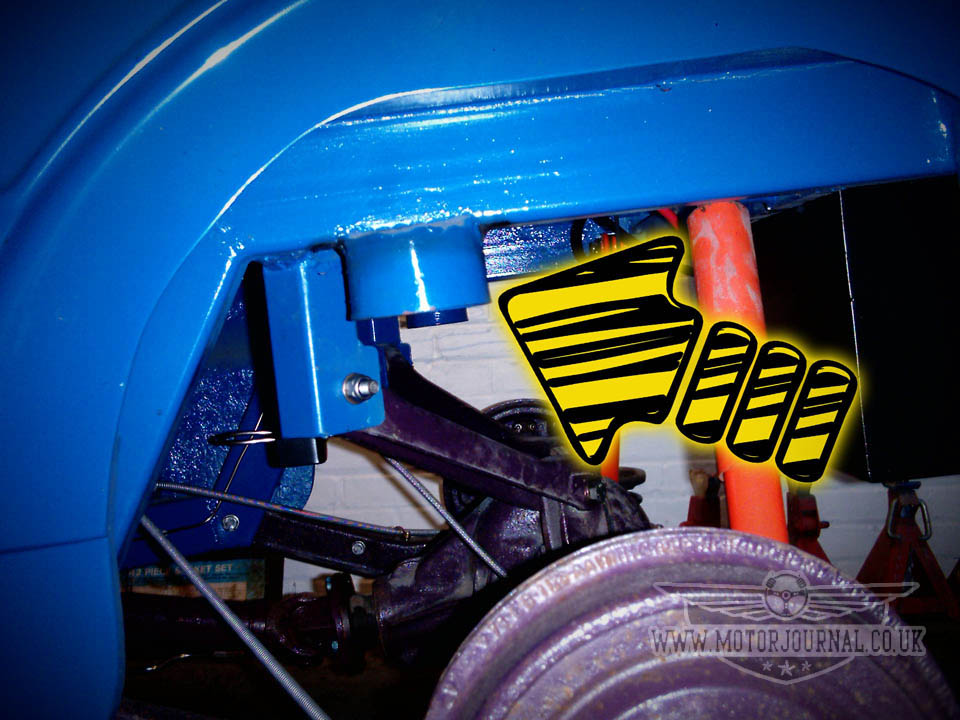 To that end I decided that rather than fork out for some new springs, I would use the springs I had, and just fabricate new (and improved) mounts for the springs to sit on. 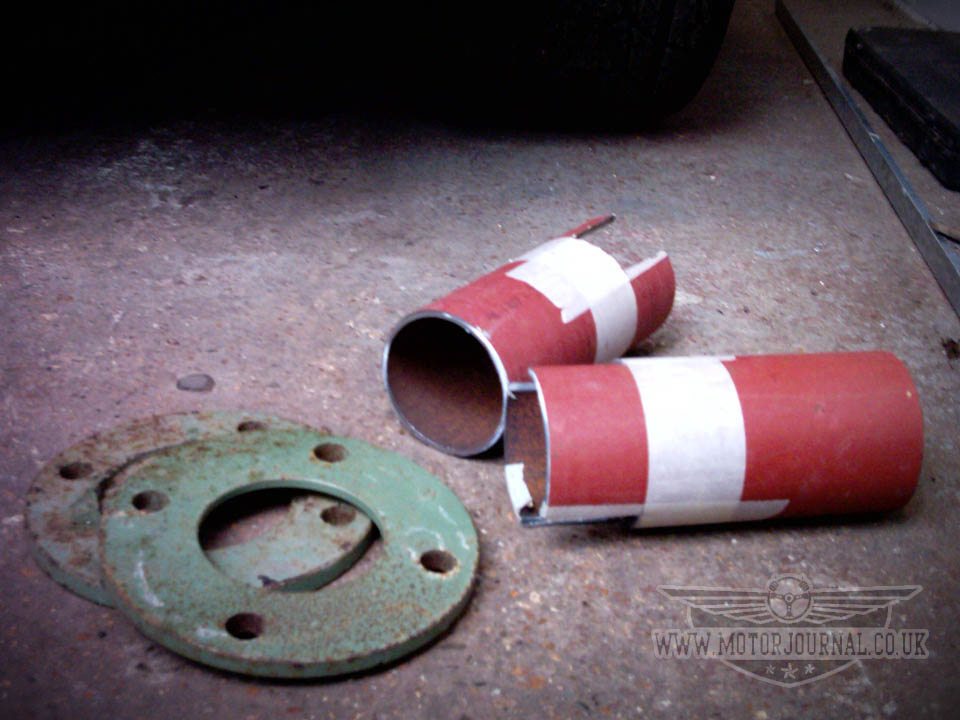 Luckily for me, working as a pipe fitter at the time I had plenty of access to tubing to make some longer mounts from, and also flanges, which are probably far more heavy duty than they need to be, but I figured they would do the job of spring seats perfectly. Before long I had cut some peices of 3" tube to the correct length, cut some slots in them so that instead of just being welded to the bottom of the chassis, they would sit, and be welded over the sides too, and I had raided the store for a pair of flanges to weld on to the pipe. The pipe fitter/welder I was working with wondered what the heck I was doing needing these flanges welding onto the pipe half way down it, and why I needed the big slots in it. But he welded it on anyway, and before long I was heading back to my garage to get my new rear spring mounts welded on. 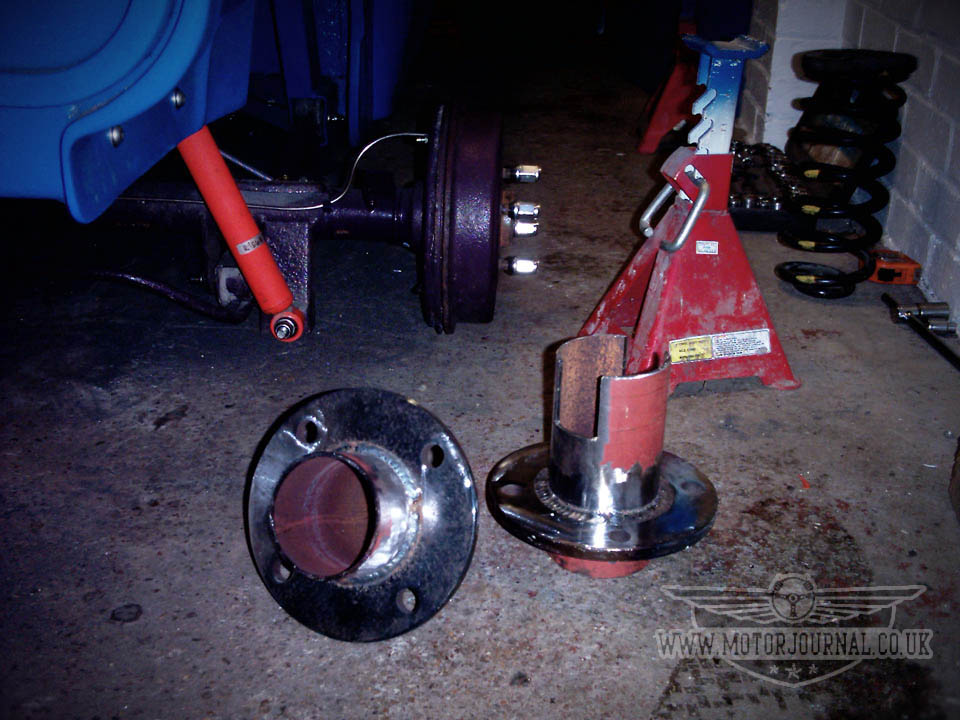 I gave the new spring mounts to M.R, and after I had ground the welds that held the original mounts on, and removed them from the chassis, I then ground off all the fairly new paint from the chassis so that he could weld the new mounts on. 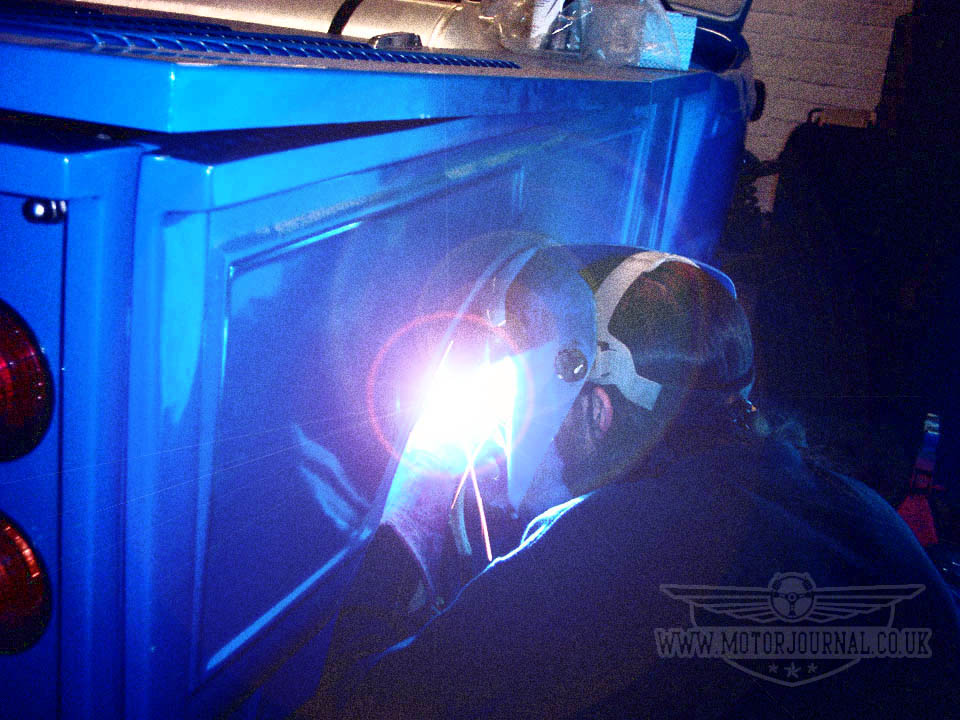 After an hour or so M.R. had both sides welded back on. I gave them a coat of red-oxide, and a couple of coats of Fiat Blue Sprint from a rattlecan just to try and blend them in and give them a little protection. It looked pretty good to me, and I thought that you probably would never know that this wasn't how it came originally. With the Hotrod up on axle stands we then closed the door on the thing for the evening so that the paint would have a chance to dry before I ruined it by putting the springs back on it. 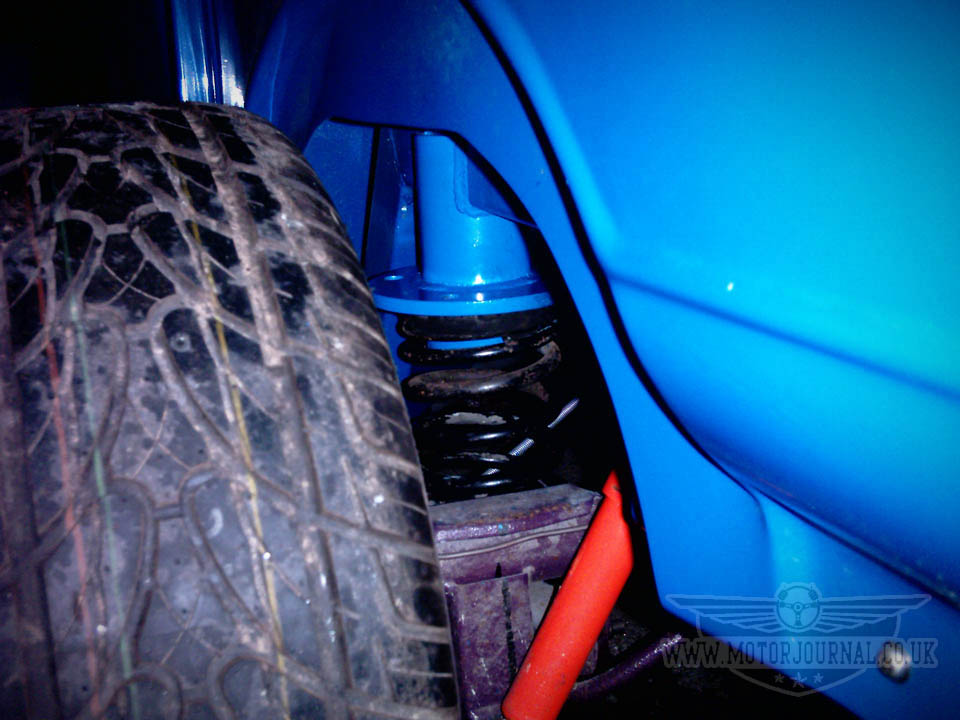 The following day, with the paint all dried I popped the springs back in. Putting them in, and lowering it off the axle stands I did start to wonder if I had measured the height for the mounts correctly, I started to think what if it's still too low? That being said I should've known really as the new mounts were a good 3" different to the original mounts, so it should've been fine, and it was fine. Pushing it outside, because I'd still not got around to putting any petrol in the thing, revealed that I had the height pretty much perfect. I guess it was just one of those times when sometimes an extra 3" makes all the difference between your ride being maybe a little awkward and uncomfortable, maybe at best averagely average, or absolutely perfect.

I must've stood in that alley for about an hour looking at it, M.R. joined me and we both stood there taking it all in. Finally, after the best part of four years it was all over, it was finished, it was done, and to be frank, I was glad!

We pushed it back into it's home for the last four years, closed the doors, and went home.