Plastic wheel trims. I've never been a big fan of these, with a few exceptions I do prefer the look of a nice alloy wheel, or even a nice steel wheel. If you remember back when I had the Rover in Episode 184 I disliked the plastic wheel trims so much that I bought a set of alloy wheels to put on it. I thought that this would improve its looks, which it did, and make it more more appealing to potential buyers, and therefore sell for a bit more money. Which it didn't! After that little experiment I decided that if I bought a car with wheel trims on it then I wouldn't waste my time swapping them for alloy wheels. But the trouble is... 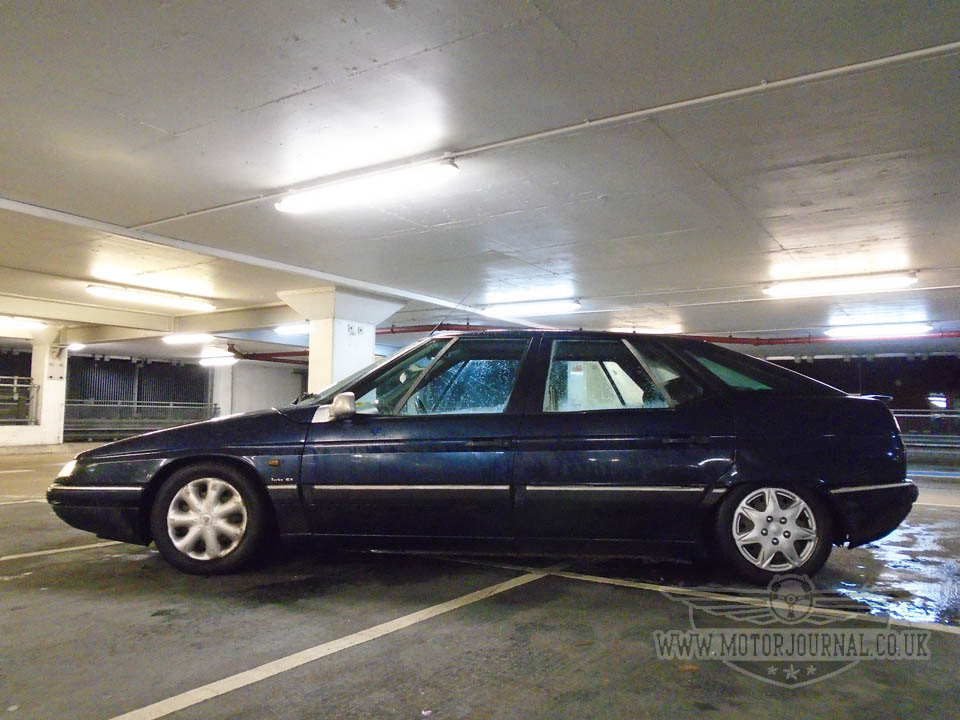 Having hideous plastic wheel trims on your car is one thing, but having two different styles of hideous plastic wheel trims on your car is something else. As I'm only planning on keeping this car for a month, I've been trying to live with it. I mean the XM is a little bit scruffy, and although I've got Citroën wheel trims on the front, and cheapo aftermarket wheel trims on the back they do look a little bit similar if you stand back and maybe squint a little... I know, you've really gotta want to see it! But the more I looked at it, the worse they looked, even with the squinting. In the end I decided that I had to consult fleabay, and see if there was anything suitable nearby.

There were Citroën alloys, but none for the XM, and they were all a bit on the expensive side anyway, so in the end I decided to see if there were any genuine Citroën wheel trims. As it happened there was a set of four Citroën wheel trims for sale just 22.7 miles away from BelongaClint in a lovely place called Waterlooville, and for only £40 plus delivery. 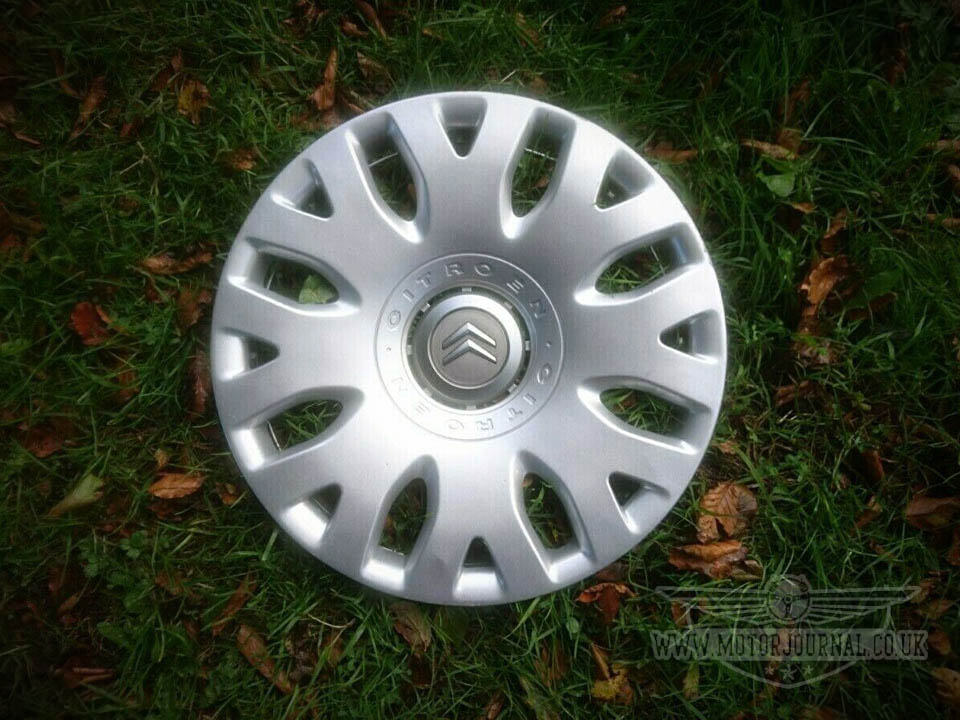 I think that normally I would've just bought them, then gone and picked them up, but something made me ask the seller if I could come and have a look at them, and try them on my car. The seller agreed, and we made arrangements for me to go and look at them.

The following evening I was driving along the B2150 to go and look at the wheel trims. The road is a little bit twisty, and I was in no particular hurry as I cruised along at a steady old 50m.p.h. enjoying how the lovely XM's suspension soaked up all the imperfections that the road had to offer. After about four or five miles I was joined on the road by someone who was in much more of a hurry than me, and was so close to my back door I thought he might actually have been rubbing paint of my rear bumper. I rolled the window down, and when it was clear I gesticulated that he should come by. But it seemed that he didn't want to come by, but preferred to continue to rub the paint from my rear bumper. After a couple of miles of clear road when he had ample opportunity to pass but still hadn't I decided that the way forward for me, was to slow down. Eventually I got down to 30m.p.h. and this it seemed was too slow for my tail gater. He was pretty irrate, and as he passed me with his engine roaring he gave me the finger from his Jaguar X-type, and sped off. This kinda ticked me off, and the adult in me would've probably just let it go, and let him get on with it. The trouble was, being hassled along the road for miles had brought the idiot in me out to play. I set off after him to give him a taste of his own medicine. As I put my foot down I reached down to the button that raises and lowers the suspension and went for full on sump scraper mode! I'm not sure if this improves the handling of the barge or not, but I can tell you that now I was feeling every twig I ran over.

Pretty soon I was knocking on his back door, and we were going far quicker that we were when we first met. I chased him down, and if I'm honest I wanted to pass him. However there was no spaces clear enough to get by, and frankly, although I was keeping up my feeling is that I didn't have enough power in reserve to pass. I kept up with him for five or six miles, my spine feeling every pebble, every stick that I ran over. Another mile or two of me trying to rub the paint from his rear bumper the idiot in me finally saw sense, and just let him go. I adjusted the suspension back to 'adult' mode, and took my foot off the loud pedal a bit. The thing is, I came to realise that in my Citroën XM I was probably on the ragged edge of what the car, and more importantly the tyres are capeable of. Whereas my feeling is that in the Jaguar the guy was well inside the capeablity of his car, and was probably having a nice relaxing drive listening to Greensleeves or something. Had Geoff Lawson sent him to mock me for selling the lovely S-type and buying a Citroën XM? My feeling is that he probably had!

Anyway fifteen minutes later, and with no Jaguar X-type in sight I was pulling up outside the house of the fella selling the Citroën wheel trims and trying them on. 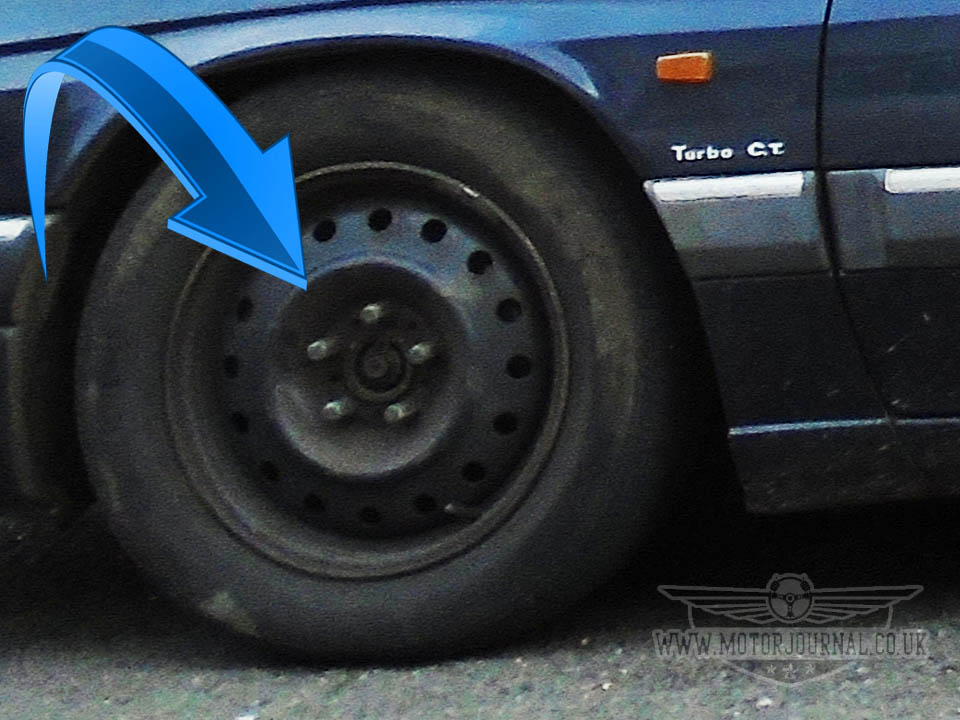 Fortunately for me I hadn't bought them before trying them as they didn't fit. Although they were the correct diameter, where the center of the wheel trim dips down to the Citroën emblem it clashed with a raised rib in the middle of the Citroën XM steel wheel. I must admit I was irritated by this, but not as irritated as I would've been if I'd have splashed £40 out on them before trying them. I thanked the seller for letting me come and see them, and then headed for home. 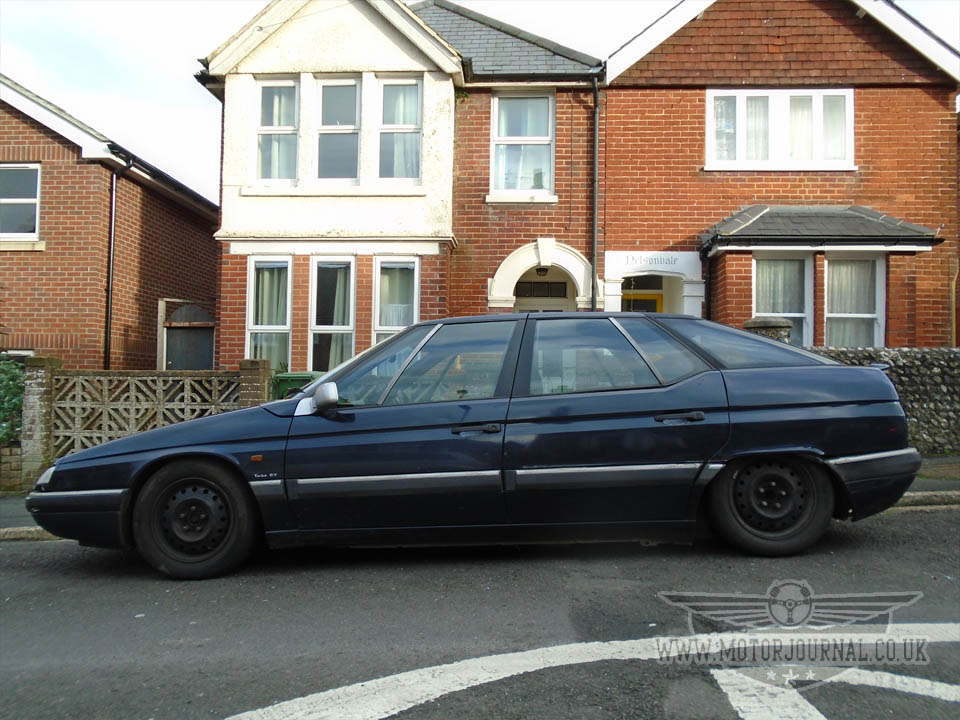 For the next day or two I kept looking at the Citroën XM without any wheel trims, I'll be honest I'm not a fan of the black wheel look either, but I thought that possibly they looked better than the mis-matched bin lids that were on there when I got it. I toyed with getting some silver aerosol paint from Poundland and painting the wheels silver, but that required effort, and as it's cold and damp out there I couldn't be bothered. I even went back to fleabay to see if I could locate a set of cool spun aluminium Moon discs but I figured that at £82.25 plus £85.75 to ship them standard delivery from America to the UK that was just far too much money... They would've looked pretty cool on it though!

But then I walked into my local motorfactors to get some oil and filters for one of my other cars... 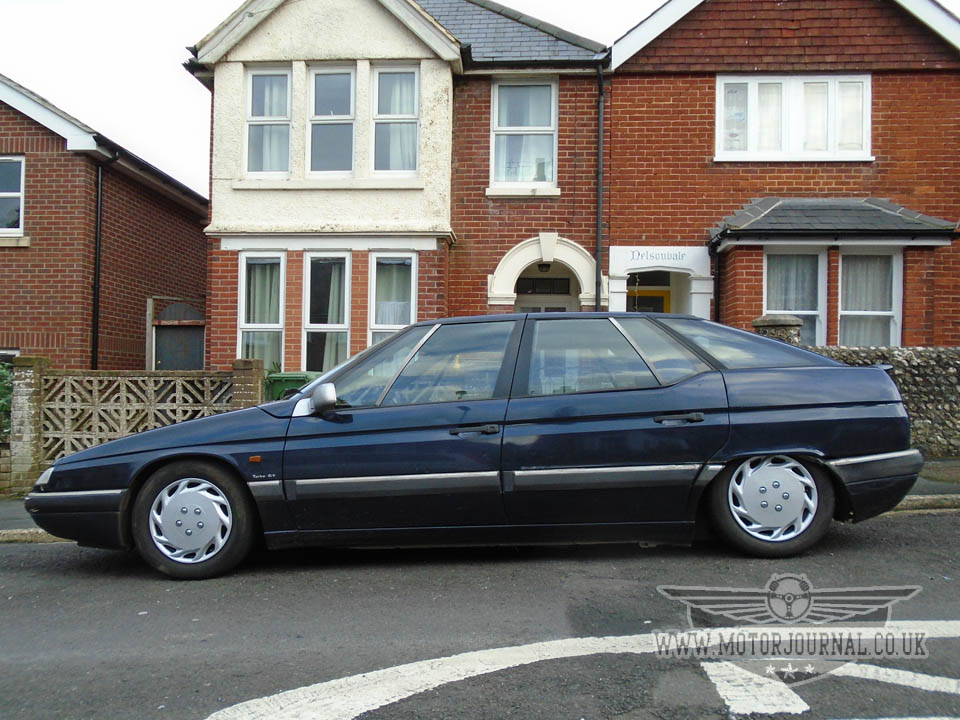 In the middle of the floor on sale for just £20 a set was a pile of different aftermarket plastic wheel trims in various styles and sizes. I picked up what I considered to be the nicest looking set in the correct wheel size, and asked them if I could just try them on the XM outside. They said that would be fine, and I headed out with the box. Two minutes later, and my Citroën XM was transformed! I always feel that wheels maketh the car, and although I would've preferred alloy wheels I think these cheapo aftermarket bin lids look a lot better than what my XM came with, and it looks better than it did with just the black painted steelies. I headed back in with the empty box, paid for my stuff and headed for home.

Will they add value to the car when it's time to sell it? I seriously doubt it, but only time will tell. But the thing is, to me it looks a lot better, and for such a small outlay they improve the whole looks of the car, so that when I take my pretty pictures of it to record it in my back catalogue of cars that I had as car #66, Citroën XM I will atleast have a photo of it that I'm happy with. Rather than a scruffy looking Citroën that just looks a bit neglected.