I thought I'd not done a bad job of photographing my Jaguar, although to be fair I think I probably could've done better but the problem was that I was feeling a bit uninspired, and a bit rushed. 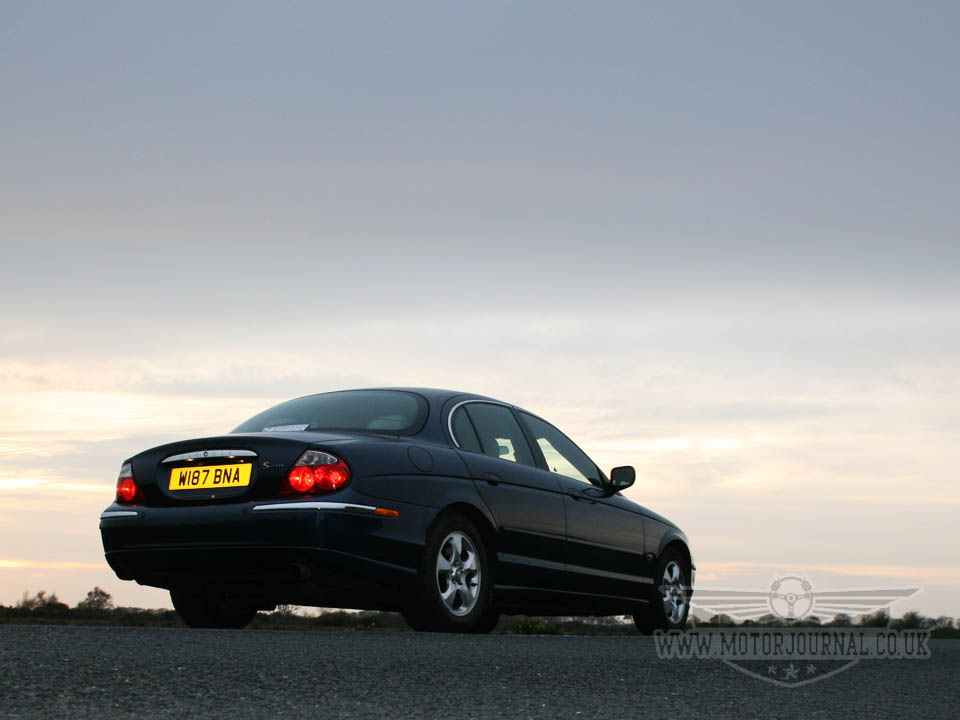 I think the problem is that there is only a short amount of time I have available to photograph the car due to in the most part the short amount of daylight at this time of year, and the weather. Added to that, I think that I've photographed so many of my cars at the same locations time and time again, I wonder if the images now look just a bit stale and uninteresting to me because of the frequency that I visit the locations, I almost feel like I'm just going through the motions sometimes. I hoped that it was just me, and that nobody else would notice. I was wrong.

I was out for my evening walk the other evening and I came across an old friend taking photos in town. I honestly believe that there is not one part of my town that he hasn't photographed on multiple occasions. I first met this guy about 30 years ago when we were both at college learning to be photographers, and even back then he was photographing the town, but every time he does it he hopes that the results will be different, and better. To be fair to him I think that most of his photos do look better each time he revisits the area to re-take them. Anyway, I'm babbling!

So I stopped to chat with him a while as he was taking photos, and as we were walking through the Cathedral grounds he said to me that he'd seen the photos of the Jaguar that I'd uploaded to farcebook. I said, Oh yes, and what did you think? Well, he said, it's a lovely car. I nodded and said to him, yes it is, but what did you think of the photos? He looked me square in the eye and just said, "Average!" AVERAGE?! I said, are you kidding me? Deep down inside I knew that I'd been rumbled, and I knew full well that I wasn't the only one who thought they were a bit uninspiring. "Thing is" my friend said, "theres not much art to them, they're more of a record shot. This is fine, but I know you can do better." I told him  that I sort of felt the same way, but I felt like I'd exhausted all the locations where I usually photograph my cars. To which he replied, "Find somewhere new." I said, yep, got any suggestions? He looked around and said, "What about right here?" Right here? I said, right infront of the Cathedral? "Why not?" He said, "look up that path, how the fairy lights strung through the trees light it up, that would be fab man!" He was right, that would be fab man, but the problem was you're not really allowed to drive up the footpath infront of the Cathedral. I put this to my friend who thought about it for abouit a second, and then said, "When I met you thirty years ago, you wouldn't have thought twice about it if you thought it would make a good photo. Have you got old, or just lost your nerve?" I laughed, a bit of both I replied.

We walked on chatting while he carried on taking photos, but the thing was, he'd planted a seed in my mind. He was right, it would make for a good photo, and I knew it, and like he said, the younger me would've just done it.

Later that night I was laying wide awake in bed thinking about it. I couldn't get off to sleep because this was all I could think about. 02:00hrs I grabbed my camera, and keys to the Jaguar and thought I might go on a bit of a reconnaissance mission just to see if the lights were still on, and if there was anyone about. 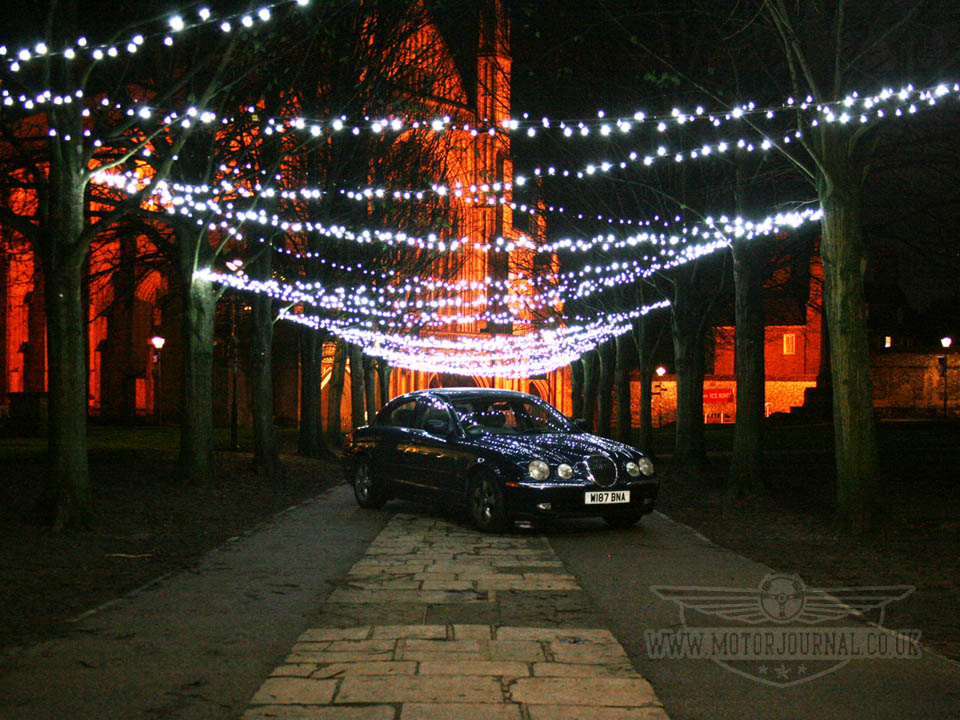 Initially I pulled up outside on the street, I wandered in, and the lights were still on, and better yet, there was nobody about. I walked down to the gate that goes across the path, it was closed, and locked! I rattled the gate, wait a minute, it's not locked, the padlock is just hung over the staple holding the hasp so the gate doesn't open. I slipped the lock off the staple, unhitched the hasp, and quietly swung the gate open. I looked at the opening and thought to myself, well that's easily big enough to drive my Jag , through better go get it! 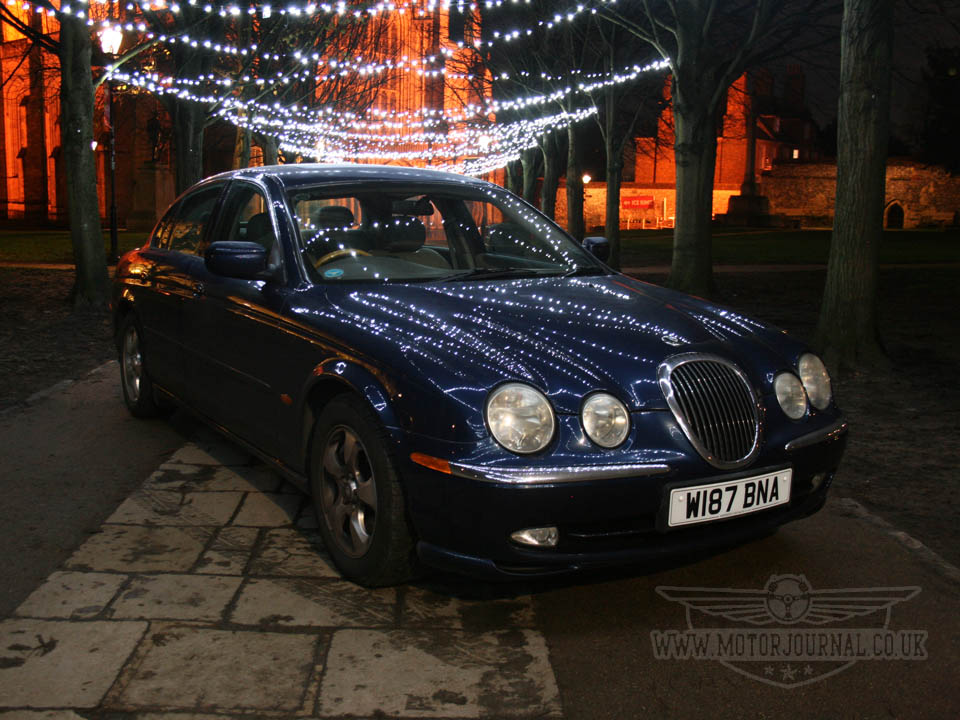 I very gingerly drove in, honestly I don't think that the growl from the V6 is particularly loud and over bearing, but in the 2am silence it sounded deafening. Pretty soon I was parked under the fairly lights snapping away, all the while wondering how long it would be until some sort of security guard came and found me for a chat, or worse, God struck me down with lightning for driving on the holy ground outside his Cathedral. I looked up, clear skies, hopefully this meant that there would be no lightning. Still, there's bound to be some sort of security guard showing up at some point. I wondered if when a security guard, or even the police showed up, could I use the excuse that God doesn't seem to mind, as he would probably have struck me down with lightning if he did. I snapped furiously away, I didn't really want to find out what their answer to that little gem from the back of my mind would be. Besides, what if God was busy on something important, and just hadn't noticed me yet. I looked up again, the skies were still clear. Good, right take a few more snaps then get out of here. 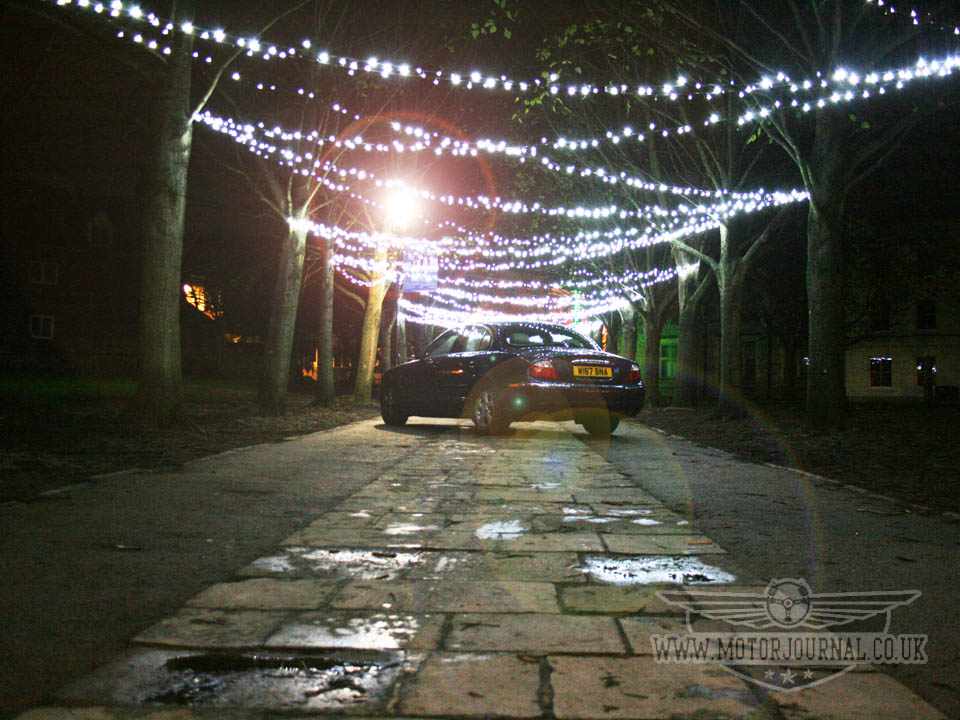 Ten minutes, and 163 photos later I was good to go, as quietly as I could I burbled back past the front of the Cathedral, and out the gate. Once outside I stopped, got out, closed the gate and put the padlock back on but left it unlocked. I'd done it... Un-noticed! I went home, fired up my computer, and down loaded my pictures. I sent my friend these three pictures and just wrote underneath them, lost my nerve... As if!

The following day when I logged onto my email there was a reply, and it just said, I knew you'd do it, did you get caught? I told him that I didn't think anyone saw me. To which he replied, yeah maybe nobody saw you at the time, but you can bet your best leg that they've got CCTV there and I'll bet that saw you! Hmm, I didn't think about that, I'll bet they do have CCTV, and without a doubt that will have seen me! Oh well, I guess I'll just have to wait and see if I get a letter, or even a policeman at the door. Still, with any luck by the time anyone notices the Jag will belong to somebody else, but only time will tell.