This thing is fabulous, like I've said before, I've always had a little bit of a soft spot of estate cars, and I love a lowered load lugger. At some point in this Carltons history someone has spent some proper money on this little ride, it has lots of nice little custom touches, and I'd say that this was clearly someones pride and joy once upon a time. 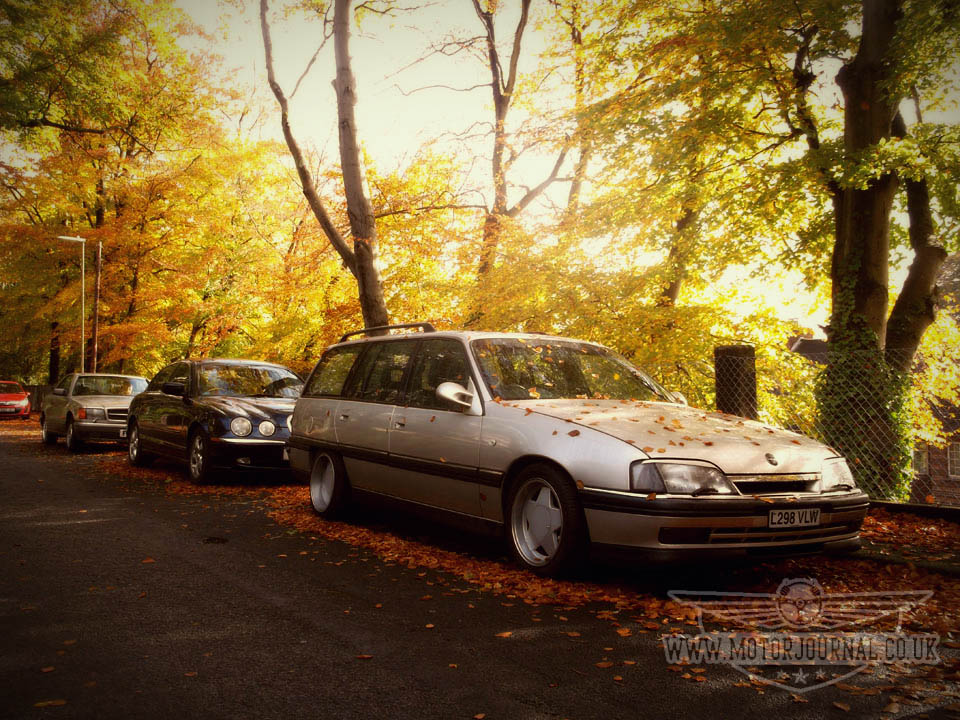 As I was saying there are lots of little custom touches, so I thought that I would have a wander around the car and try to photograph them all. Although, the problem is that every time I look at it I notice something different, it is a pretty little car. To be fair every time I look at  most of the cars I own I notice something different, the difference here is that usually every time I go near them I notice a new scratch, dent, or rust blister. But the Carlton doesn't seem to have any of them, or maybe it's because I've become blinded by the other bits and bobs that it does have. 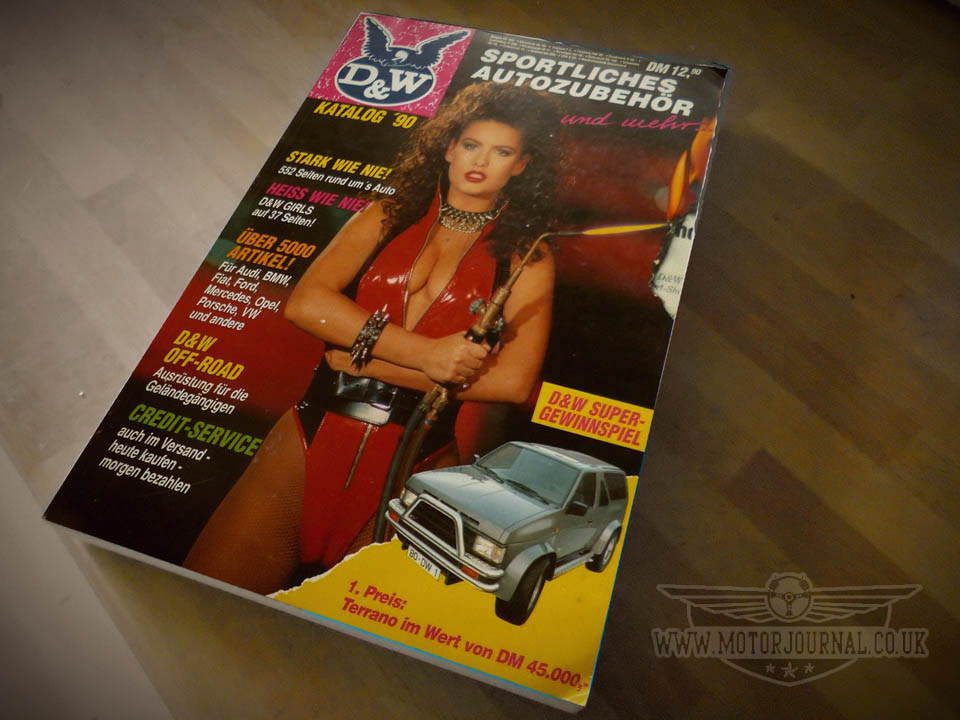 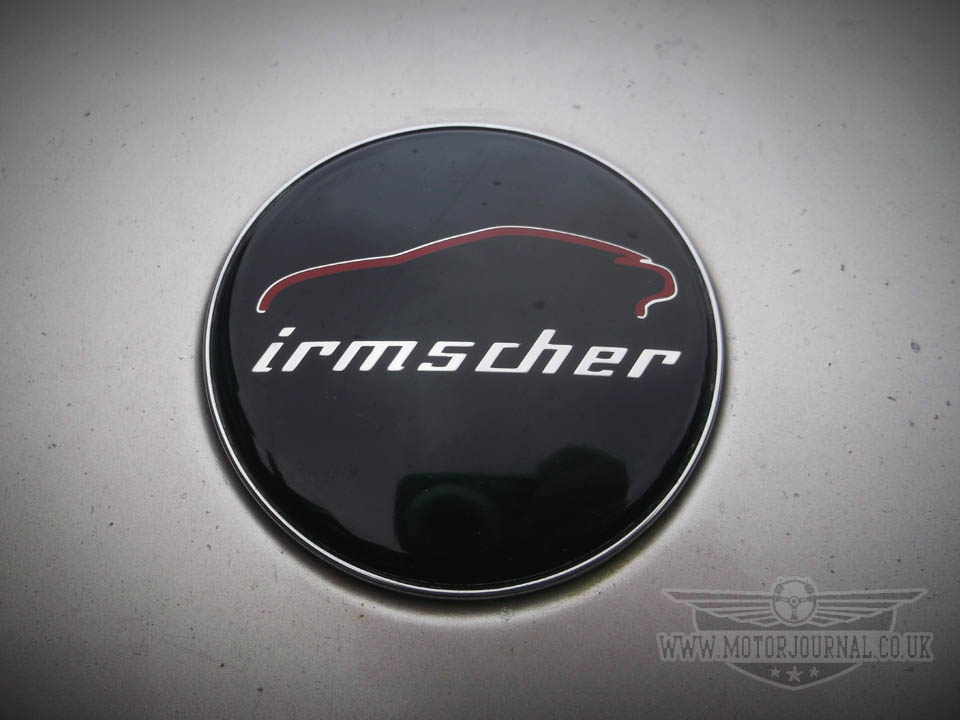 Starting at the front we have an Irmscher badge located in the spot that would've normally been reserved for a Vauxhall, or Opel badge. Now that I've said that I was just thinking about this as I'm not sure that I've actually seen any Vauxhall badges on it anywhere! But in their place there seems to be plenty of badges from the Spanish automobile tuning and manufacturing company who specialises in Opels, Irmscher. 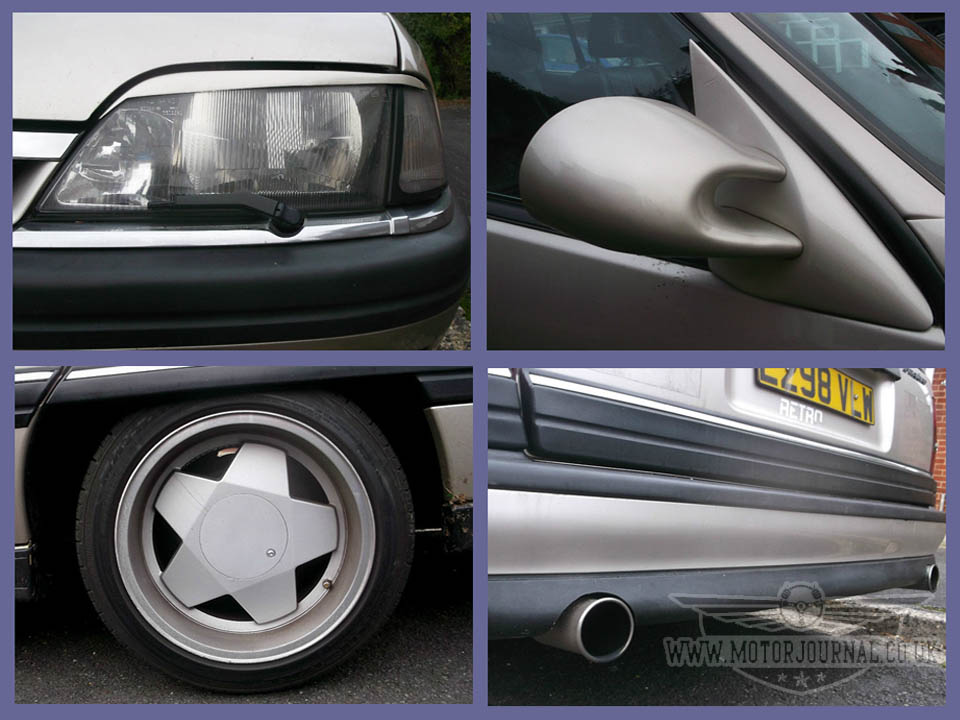 But staying outside the car for a bit there is plenty of other stuff to look at. Headlights have a HID Xenon conversion, and are pretty damn bright, and of course have eyebrows! I have these Irmscher mirrors which if I'm totally honest is the worst part of the car for me, I don't think they suit it at all, and if I had a standard pair kicking about in my garage I'd probably have changed these by now. But probably what catches the eye the most are these big Borbet wheels which initially I wasn't overly struck on to be honest, but I must admit the more I look at it, the more I find myself thinking that they have grown on me. Then moving to the rear of the Carlton we have these twin stainless steel exhausts, which are a little bit loud and annoying after you've been driving for an hour or two on your own, but would probably be fine if you were driving along with your family or friends chatting away as you drive to give your ears something else to focus on. 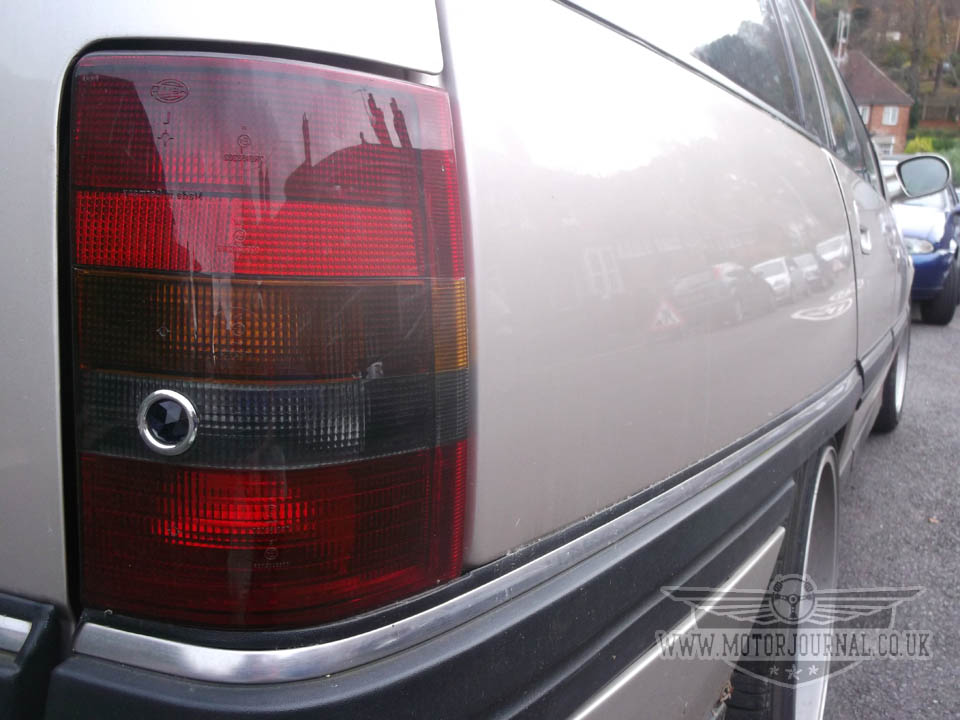 Then we come to the tail lights, or more precisely, the 'Blu-Dots' in the tail lights. Now whoever bought these and put them in clearly had no idea what they're for, or where they go! Shame really, I quite like 'Blu-Dots' in my tail lights, as long as they're in the right place,and not in the reversing lights... Might have to have a quick browse of fleabay to see if I can pick myself up a pair for my pick up.

Back to the front of the car and when you look under the bonnet it's quite litterally brighter than the future of my bank balance... 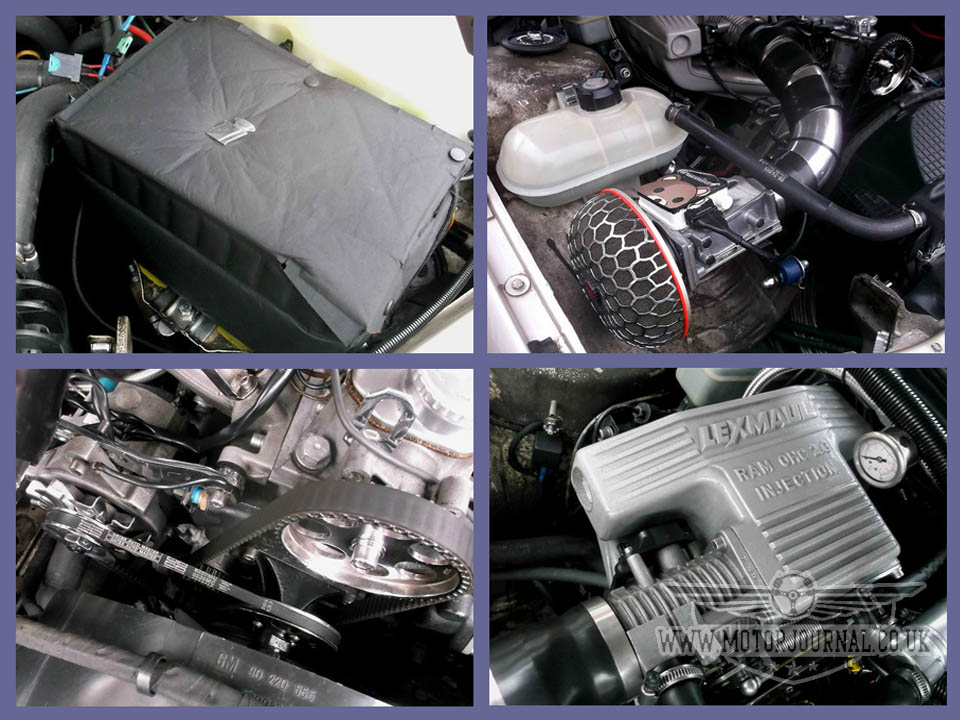 There is a fair amount of chrome plating everywhere, and on everything. The battery is snuggled up in an Irmscher wrapper, and battery tray beneath it is chromed! The cold air inlet hasn't escaped the chrome plating... Does that say Irmscher on the top? Lexmaul inlet manifold which probably gives me about a 10bhp improvement over the standard GM manifold. The pulleys are all chromed, the top os the suspension strut is chromed, everything is chromed! 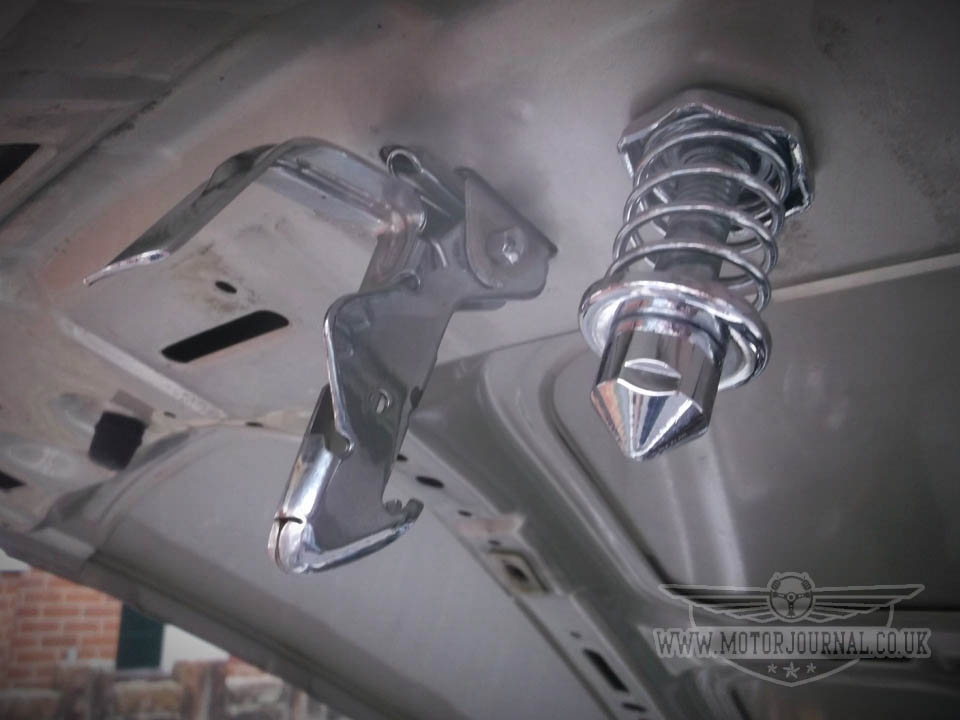 Even the bonnet catch is chromed! Who does that? I can only imagine that whover owned this thing in the past either worked at an electro-plating factory, or was good friends with someone who did! The attention to detail under the bonnet is unreal, but for me I'm pretty sure that I would never be bothered to keep it clean, and so it's probably for the best that I'm only going to have it a short while.

Moving on to the interior of the Carlton. 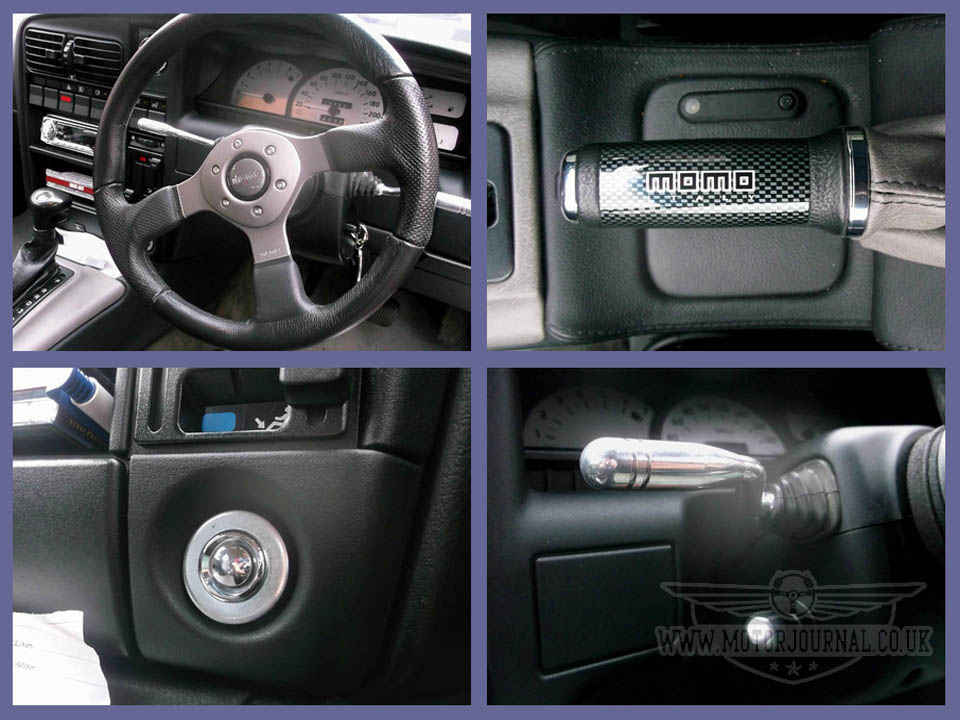 Again the attention to detail is incredible. The first thing you notice as you get in is the nice little Homo Momo steering wheel, I'm never sure if these aftermarket steering wheels are a bonus or not as for me, certainly in this car I don't think it fits the interior quite so well as the original piece would've done. But is also has a matching Homo Momo handbrake lever grip too, so I guess that's OK. Other things of note are bits like the billet switch gear, which are alledgedly from a Lotus Carlton, although I'm not convinced to be honest. Then there's the start button, which some might consider to be a bit sporty, but to me it looks like the start button on an old industrial macerator in an old folks home I used to work at. 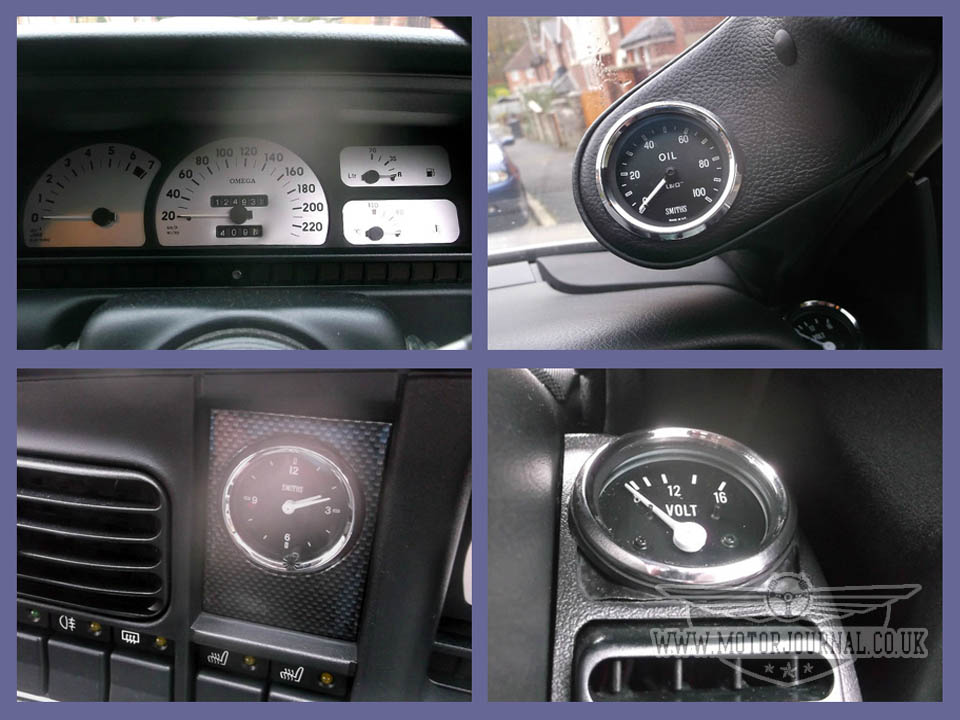 Then there is the gauges, and the auxillary gauges. The main dashboard gauges alledgedly previously called a Lotus Carlton home, but like the switch gear I'm not convinced! For a start they read in kilometers per hour, and only go up to 220km/h, thats just 137mp/h. Now as I remember the Lotus Carlton engine was enlarged to a capacity of 3.6 ltres, and then Lotus strapped two Garrett T25 turbochargers on to it. This gave the Lotus Carlton a top speed of 177mp/h, although it is said to have been restricted to that, and unrestricted it could be knocking on 200mp/h if I remember correctly. So it's doubtful that they would've had gauges that only went to 137mp/h. So I guess these are just another personal touch, although quite why you'd want them to be in kilometers per hour in a country where everything is done in miles, and miles per hour is beyond me. Anyway, added to these gauges are some auxillary gauges, I have an oil pressure gauge, a volt meter, and a clock. They all seem to work quite well, although when you consider the attention to detail on the rest of the car the installation of these extra gauges is a bit of a bodge in my opinion. 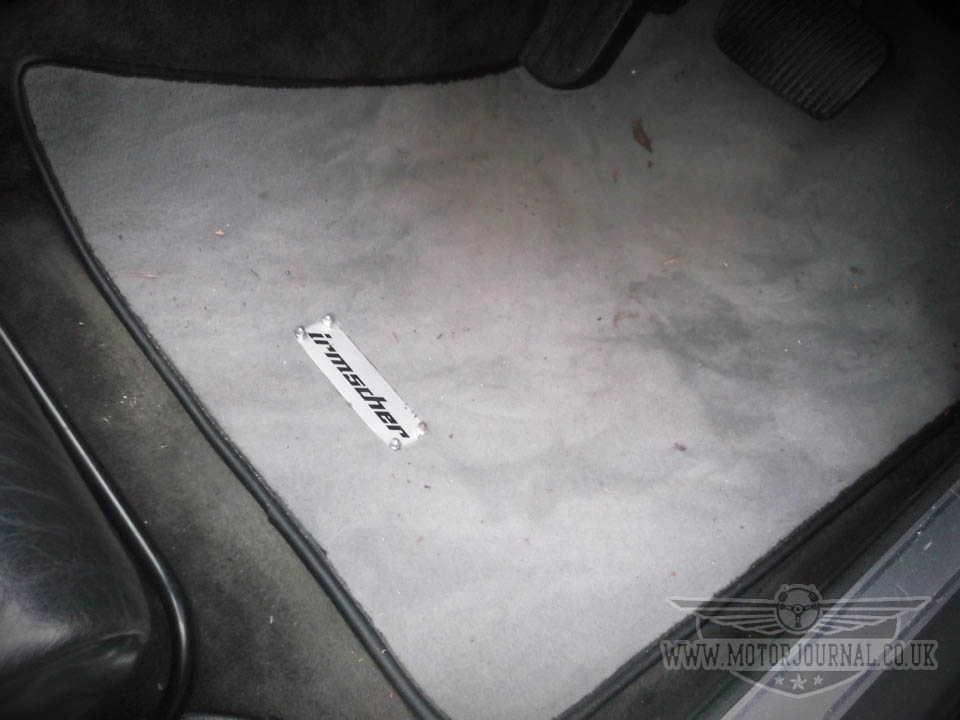 Finally we come to the floor mats, Irmscher of course, and to be honest I've never felt a carpet that feels as good as this! I think the light silvery-grey leaves a lot to be desired, but the quality of them really is second to none. I genuinely wish I could afford to have BelongaClint carpeted in carpets this good!

I'm sure that there are other details that I've missed, but you can hopefully see what I mean. The devil's in the details and clearly this has been a very loved car at some point in the past. I just keep wondering, if you've spent so much time, effort, and money as somoeone clearly has on this Carlton, why would you sell it? Why would I sell it? To be honest I'm undecided on my plans for it as yet, part of me really wants to keep it it's a cool car, and it's a very cool Carlton wagon. But if I do keep it, oddly I would want to put it back to somewhere near standard, not too near you understand. I'd probably change the wheels, and almost definately change the mirrors, and lose the eyebrows. However part of me wants to sell it, as cool as it is, it's not as cool to me as a mk1 Carlton estate is to me, it's a wierd thing to say but it's just too aerodynamic to my eyes. So really at some point in the not too distant future it's got to go, and if, and when I do sell it then I shall leave it as it is for the new owner to use, enjoy, and marvel at all the little touches and attention to detail that this lovely old Carlton has to offer.