Due to my two months or so of ownership I thought it only fair to mention once again car number 8b, the other August car, a 1996 Toyota Rav4, with a 2.0 litre Petrol engine, with an automatic transmission, and  miles showing 126235 miles on the odometer. 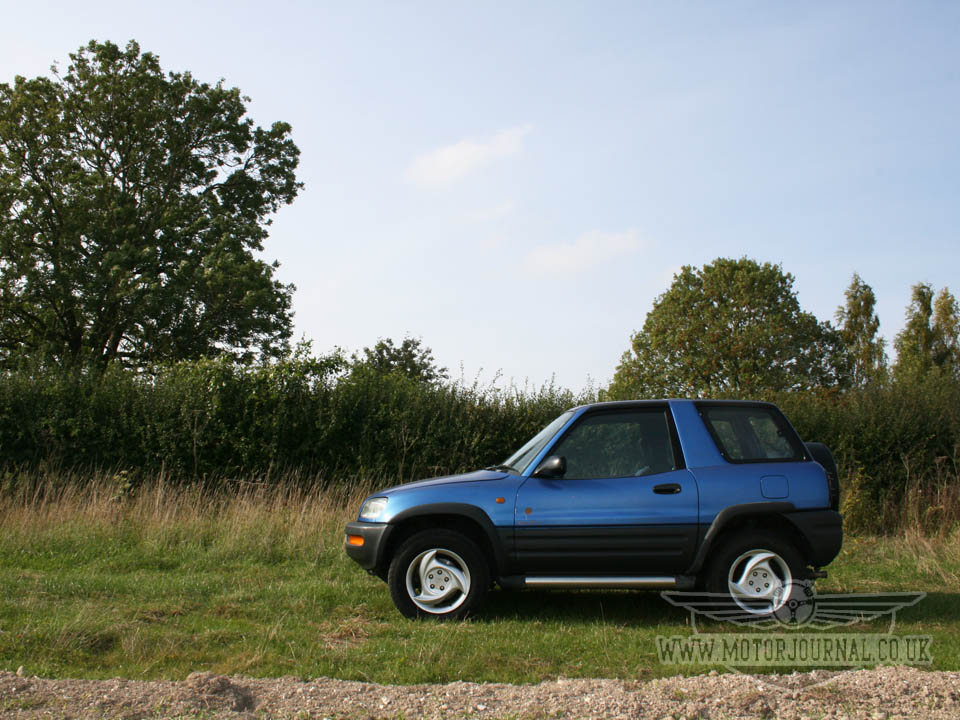 As you may remember I bought this junk not long after buying the Rav4 that was the proper August car. The reason? Well Mrs Clint in her wisdom or otherwise had decided that she would like to hang on to the Rav4 for a little while, and so I figured that at the very least I should try and make the one we were going to hang on to the best version of that particular Rav4 that it could be. If I had known the plans that were forming in her tiny mind when I was looking for one I would've spent some time looking for the best one I could find, instead of the one I bought, but never mind, I thought that I'd just work with what I had. Not that the one we had was bad at all, actually it's pretty good, it's solid, and and drives well, although it's clearly been used, and has a few battle scars, broken bits of trim and so on to prove it. So after a quick search of fleabay and I had managed to find most of the bits and bobs that needed to be replaced to make Mrs Clints Rav4 as good as it could be, but once I'd taken into account postage etc, it was going to cost almost as much as buying a complete car, which was irritating! So the answer in my mind was to just go out and buy another car, which I did, this one. 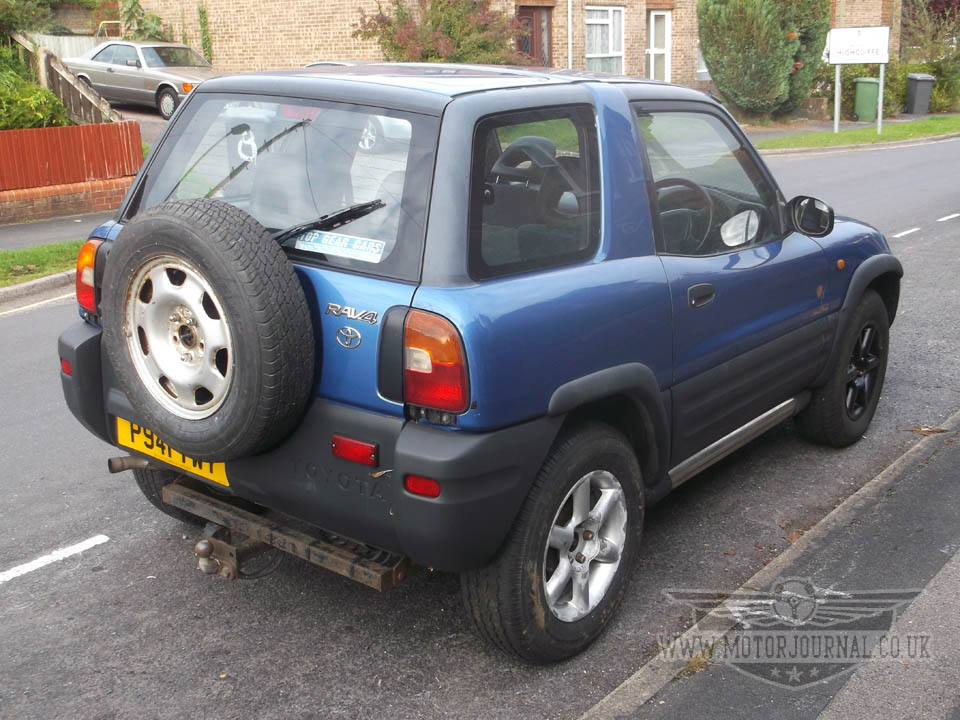 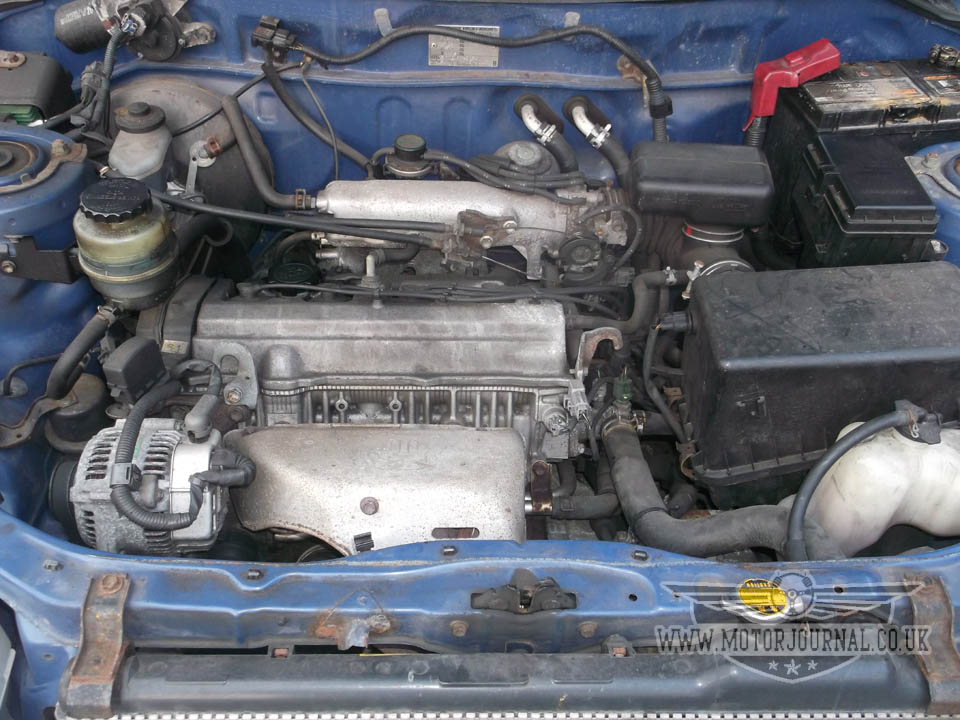 So you may well be wondering what it was like to own? Well would you believe it is very similar to the one with the manual transmission that was the subject of episodes 222, 223, 224, and 225 that I told you about way back in August.
Under the bonnet, the same engine, a 2.0 litre petrol straight-four producing 120 horsey power straight from the Toyota Carina, Corolla, and no doubt other 2.0 litre Toyotas. This whirrs away quietly, and effortlessly, and produces enough power to almost convince yourself that you're actually the pilot of a little hot hatch, and not a little 4x4. The only difference being that this one is coupled to an automatic transmission instead. During my time with this little thing I have taken the odometer from 125899 to 126235 which means that I have travelled 336 quite pleasant miles. To travel these 300 odd miles I have burned through just 39.59 foreign litres of petrol or 8.70 English gallons if you like, which means that I was getting about 38.6 miles to the gallon. Which if I remember correctly is almost 10 miles per gallon more than Mrs Clint is getting from the same vehicle fitted with the manual transmission. Now, although this does seem very odd that the same car, fitted with what is usually considered to be the less economical automatic transmission is getting more miles per gallon than the manual transmision there is another thing that is fitted to this car, that is not fitted to the manual car of Mrs Clint, and that would be me. Despite my best efforts it's fair to say that Mrs Clint does not get the idea of driving economically, and she looks at the accelerator pedal more as an on/off switch. Even when I prove to her that it's her driving style thats giving her the poorer fuel mileage she refuses to accept that, and so, as I want to be fed tonight I think we'll just gloss over my better far better fuel mileage figures, and move on. 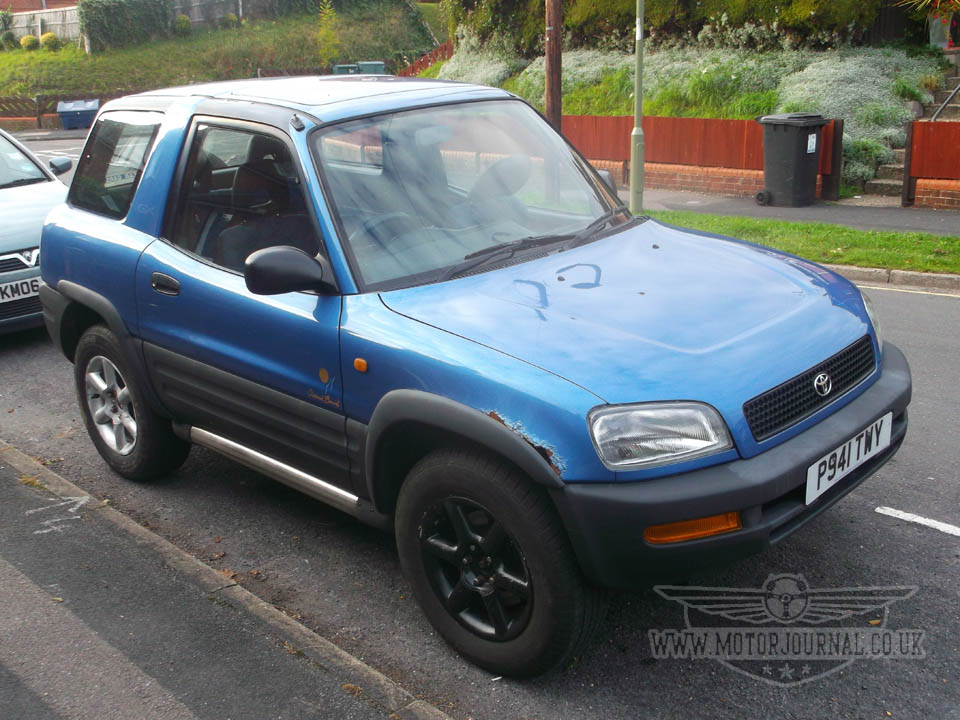 Over the last couple of months I have been slowly robbing what has become known as my Rav4 to imporove her worshipfulness' Rav4. Although personally I would've liked to have removed the little flares from the wheel arches of this to put on the keeper, but in doing so it takes this car from a biit scriffy looking to really scruffy looking as underneath those arches is a fair amount of rust, and very little bodywork. To say that leaving this without the plastic arches would leave it looking a bit frilly around the wheels would be the understatement of the year! So I left them on, actually, after pulling them off to look I needed to tape them back on in places. Not a great look by any amount of the imagination, but I figured that as I was planning to sell it as spares or repairs a bit of tape wouldn't detract too much from the final value of the thing. Thinking about it now perhaps the thing to have done was to remove the arches, fit them to Mrs Clints car, and fabricate new arches from tape to try and cover up it's frillyness. Still you live and learn! 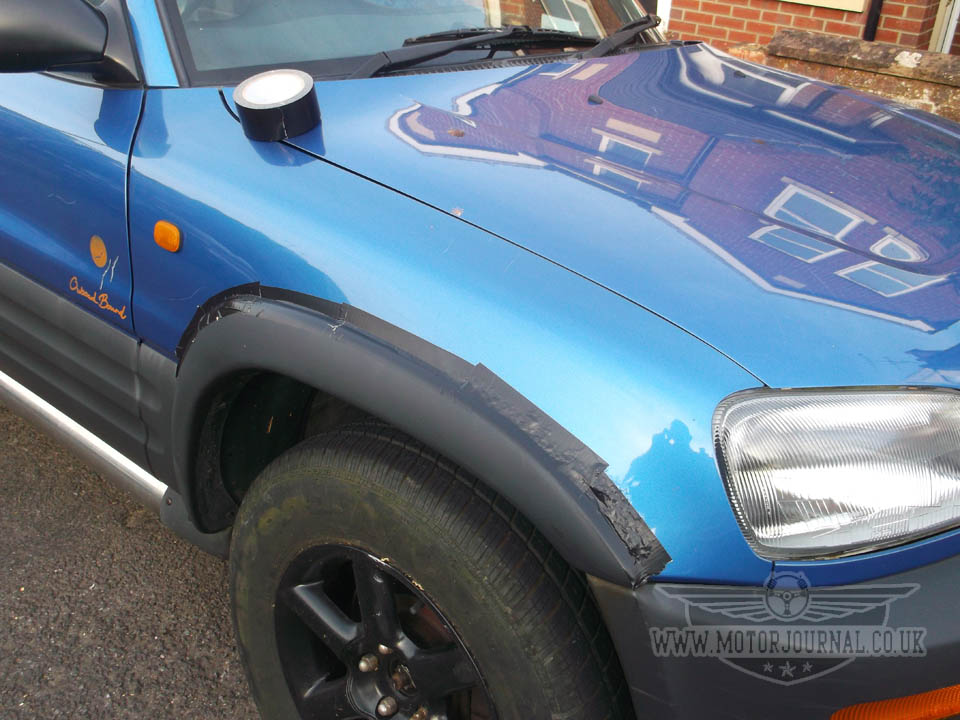 Seemless. OK, I will admit that this is not the best repair I could've done, but the idea was to use it as parts, spend no money on it, and sell what was left of it in the hope that I would get some of my money back. As luck would have it, after swapping the parts over, the now much scruffier Rav4 sold for £370, which is exactly what I paid for it in the first place. Ofcourse I now have to take the best part of £30 worth of ebay fees out of that, but then I still have all the bits we swapped over make Mrs Clints car just that little bit nicer, so money well spent I guess. 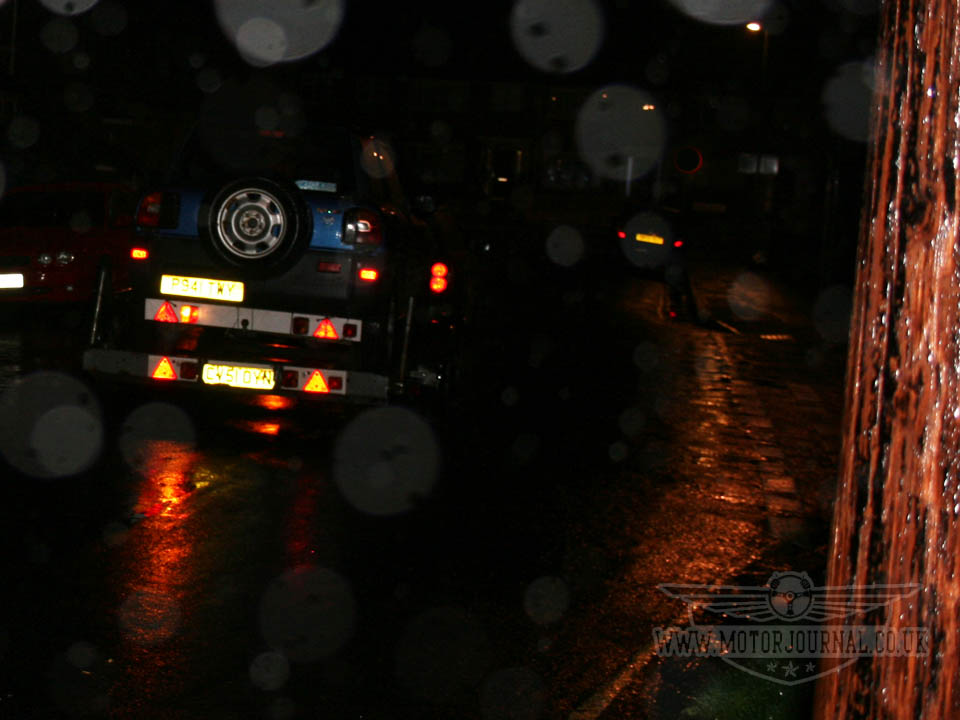 And so finally away it goes, off to be an off road toy on a farm down in Bristol.

Thinking about the two Rav4's, and I have to say that personally I preferred the automatic, they both drive so very similarly both on and off the road, however I think that I am just getting a bit lazy in my old age, and I do find that on the manual I do seem to spent a fair amount of time rowing through the geaarbox, so for me atleast, if I was to get another one it would almost vertainly be another auto. For Mrs Clint however, she thinks that the manual is the way forward, and in no way would like her Rav4 to have an automatic transmission. I guess what we are looking at here is the difference between someone who just wants to cruise when they get behind the wheel, and someone who thinks they've entered the Cannonball run when the climb behind the wheel. Perhaps I'd better stop there, before I'm sleeping on the sofa without dinner tonight.

But all that aside, would I have another one? Well, I've sort of still got one, but anyway, yes I would. There's not really a lot to dislike about these little Toyotas in either manual or automatic flavour. They both drive pretty well on the road, they seem fairly competant off road for a soft roader, are comfortable to sit in, and I think they even look pretty good. I would even go as far as to say that I prefer the first-generation Rav4, known as the XA10, over its replacement the second generation Rav4, known as the XA20 based on it's looks. However, that being said the XA10 is starting to get a little bit harder to find due to rust which I am of the understanding was quite a problem to the earlier models, and so at some point in the future I will no doubt find myself the pilot of a newer XA20 model. But until that time I've still got Mrs Clints quite nice little Rav4 to sneak out and enjoy from time to time should the need arise.