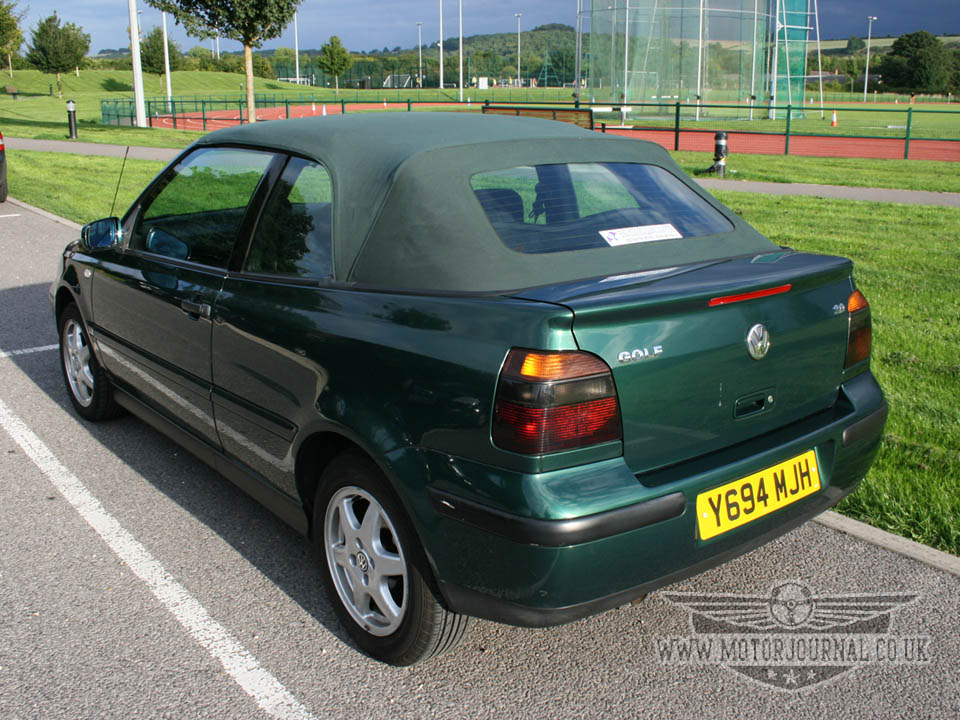 I put the Golf up for grabs on fleabay, and when I put my cars up for sale I like to take the photos of the car that I'm selling on the day that I list it, just so that people can actually see how it looked that day. But, the day I was listing it, it was raining, and therefore not the best weather to take photos of a convertible with the roof down, so instead I used the photos that I had taken just three days earlier, and hoped that this wouldn't be detrimental to the selling of it. One thing that I thought was detrimental to the sale of my Golf is the listing title:- 2001 Volkswagen Golf Cabriolet. Very Long MOT. no reserve! Which to my mind looks OK doesn't it? But, If you do a search for a Golf it shows up in the search results. However, if you do a search for a Golf Convertible, it doesn't! I thought about the title being this:- 2001 Volkswagen Golf Cabriolet/Convertible. Very Long MOT. no reserve! but stupidly I didn't do that. The reason for this was because on the logbook its model says its a Golf Cabriolet, and when I filled out the item specifics part of the ebay ad where it says 'Type:' one of the options was Sports/Convertible, so I clicked on that, and figured that if anyone typed in convertible, as that I'd selected that in the item specifics section it would show up in the search... WRONG!! I've not really made a profit yet on anything, infact, I've not really totted it all up yet, but I'm pretty sure that so far this year I'm around £1000 out of pocket (shh.. Whatever you do, don't tell Mrs Clint!) I've had to sell all sorts of other stuff in order just to keep playing, and keep the project going! But I guess youi live and learn, and now I'm wondering if this is all just part of an expensive lesson! 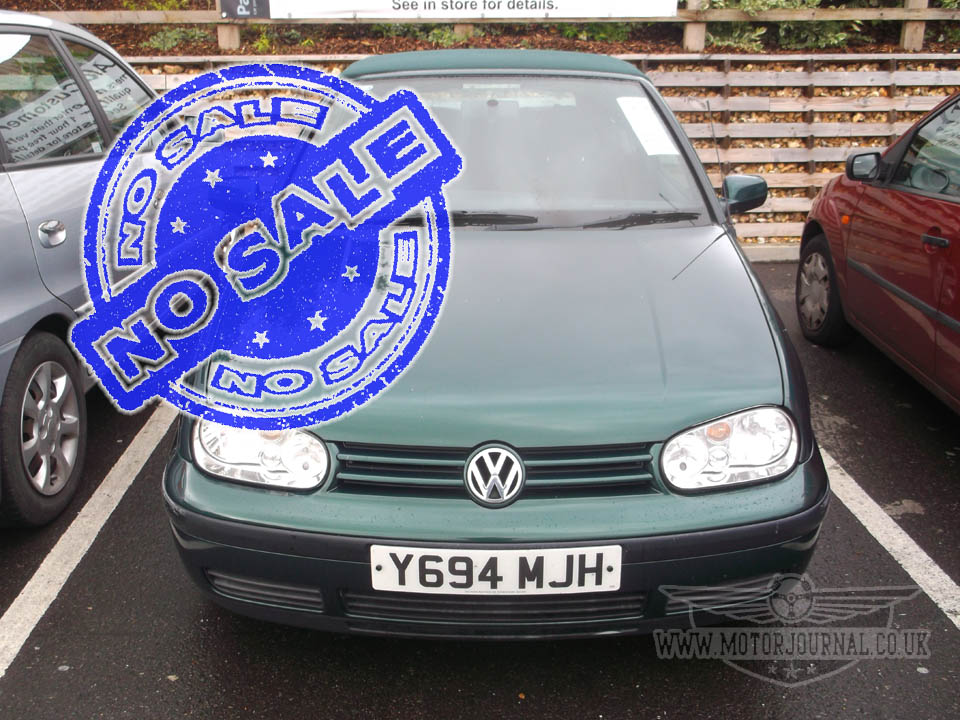 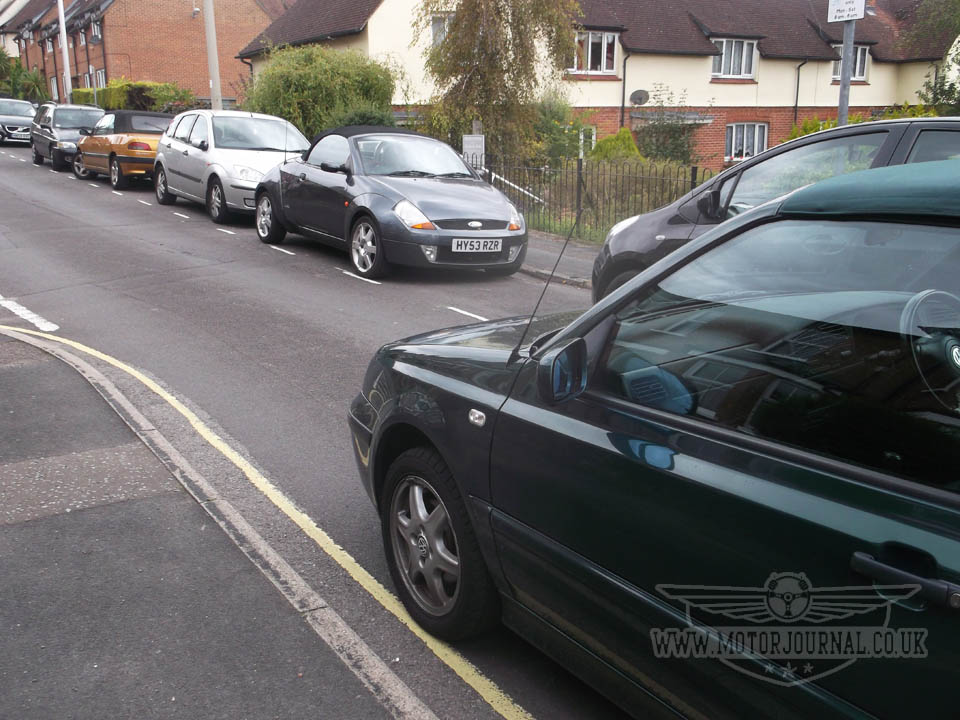 The following day after being let down by this ebay timewaster I had a few errands to run, and decided that I would take the scenic route, and try to figure out what my next move was going to be. It occured to me that I had several options, first, keep the car, put it into storage, and await the next spring. Then pull it out, give it a good wash, and try to sell it at the begining of the season when the sun starts to shine, and hopefully, have a big win in the process! Secondly, leave it on the bay of E, and hope for the best. Or maybe put the word about on farcebook and see if anyone wants a swap? Or, just drive it to a secluded patch of woodland or field and burn the damn thing! By the time I got back home I was still pretty despondent, but I was thinking that I should leave it on ebay, with its new photos, and a new write up. Then, hope for the 'Summer sun' to give the sale of my cabrio a second wind! Besidess, I've got nothing to lose by putting it back up for grabs, and it's cheaper than buying a gallon of petrol to get it really burning in a field somewhere!
Anyway, while I was out and about mulling things over as I drove around I did see a famillier face, my little StreetKa... I still think thast I should've kept that little thing! I was tempted to leave a note on it sayig if they wanted to sell it I would re-home it! I didn't, however I did leave one on the little gold Peugeot 306 cabriolet. I never really liked these before, but now, looking at it with my new enthusiasm for open topped motoring I find it strangely attractive, and who knows, it might even be better than the Golf! 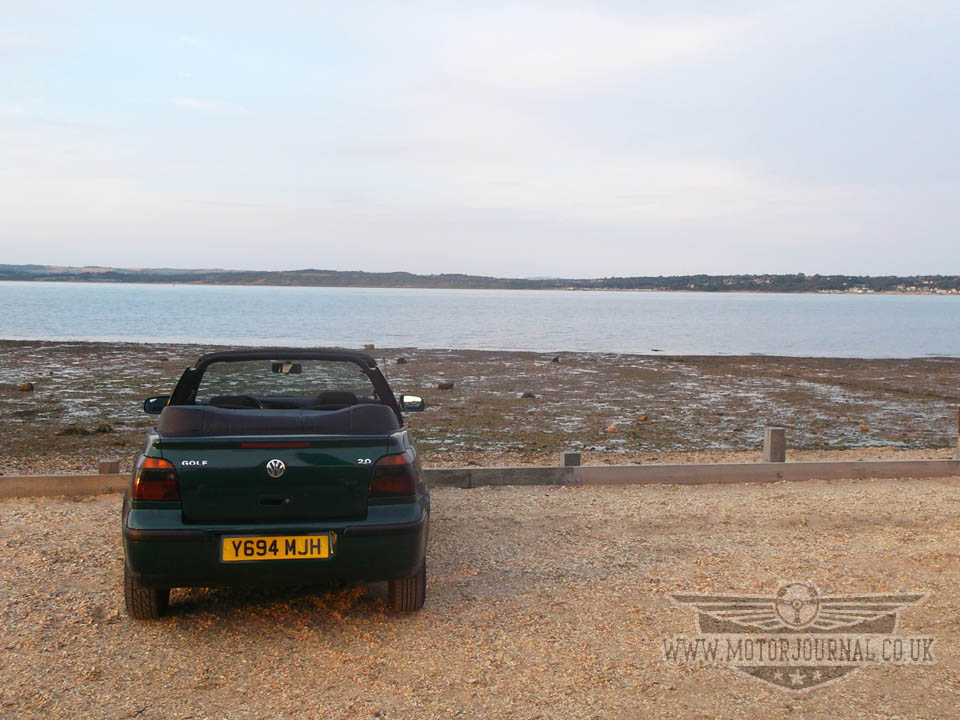 To be honest, seeing that Peugeot cabriolet and my little Street Ka parked by the side of the road was good to see, and it reminded me that it's not all bad doing this little  twelve cars in a year project. Because, despite the timewasters that infest ebay some good times have been had, and there are probably still  more to have. Hopefully the Golf will sell soon enough, and it'll sell to someone who will appreciate it, and not try to pick it apart in order to get out of buying it.
By the time I got home, I just thought I'd check the internet, and see if there was anyone who fancied swapping their car for mine. I made a few enquiries, including one to a fella who actually advertised that he was after a Golf Cabrio for his girlfriend. I figured it might be a fair swap, depending of course one what kind of condition she was in! However, after checking with the wife it was a definate no-go! It would appear that Mrs Clint has gone back on what she said before we were married. What she said was that I could only have one girlfriend. Now in my opinion, once you've been upgraded from girlfriend to wife, that leaves the girlfriend spot vacant. Therefore I should be able to fill that spot with a new candidate, and still be within Mrs Clints (the wife) rules on only having one girlfriend. But, no, apparently not... Gotta watch these womenfolk, they're tricky, and perhaps I shold've really checked the fine print before getting hitched!
Anyway, apart from offering me his girlfriend he was also offering me a red 2004 ALFA ROMEO 156 VELOCE. It looked pretty nice, and as I've never had an Alfa I thought I'd give it a go. But after making an enquiry it appeared that he didn't care for my Golf, as he doesn't like green cars. Fool! But fair enough, each to their own I guess. So, as the sun has got his hat on, I shall be continuing to drive the damn thing atleast for now!