July 03, 2020
The list of jobs left to do on the HotRod that was written on my garage wall was shrinking by the day, despite this, there was still plenty to do, including adding to the list. 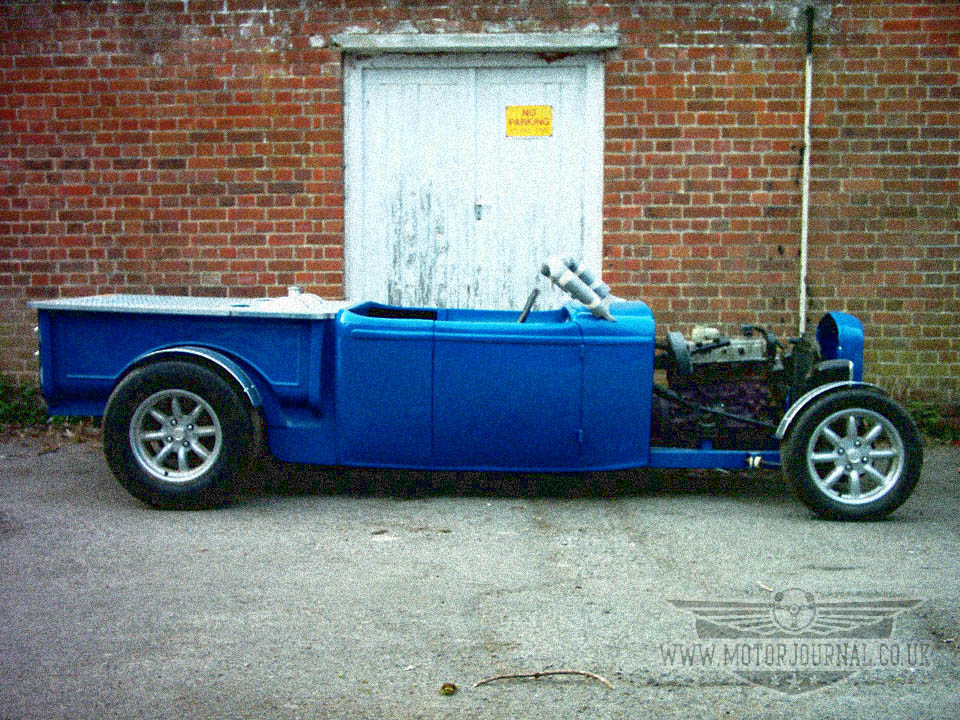 In my haste to write the list I'd forgotton one or two things like for example, fit some sort of exhaust pipe. As ever I wasn't entirely sure what to do about the exhaust, but I had bought a manifold for a 2.0 litre Pinto engine from an autojumble in readiness. I knew it would fit the engine block, because that was what it was designed for, what it didn't fit was the chassis. The problem was that in a Cortina, or Escort that the manifold was designed for it would come away from the block and run down the side of the engine in the engine bay, and connect to the exhaust pipe before running under the car. On my little HotRod, becuase I had my engine mounts reversed it would come away from the block and run straight into the engine mount. Worse still, if I had put the engine mounts the same way around as Ford did in the car that the engine came from originally it was still no good, as now it would run into the chassis its self. With the manifold bolted on as best we could I took some rough measurements, and headed off to see some friends that worked in Chessington tyres in Winchester to see if they could help me out. 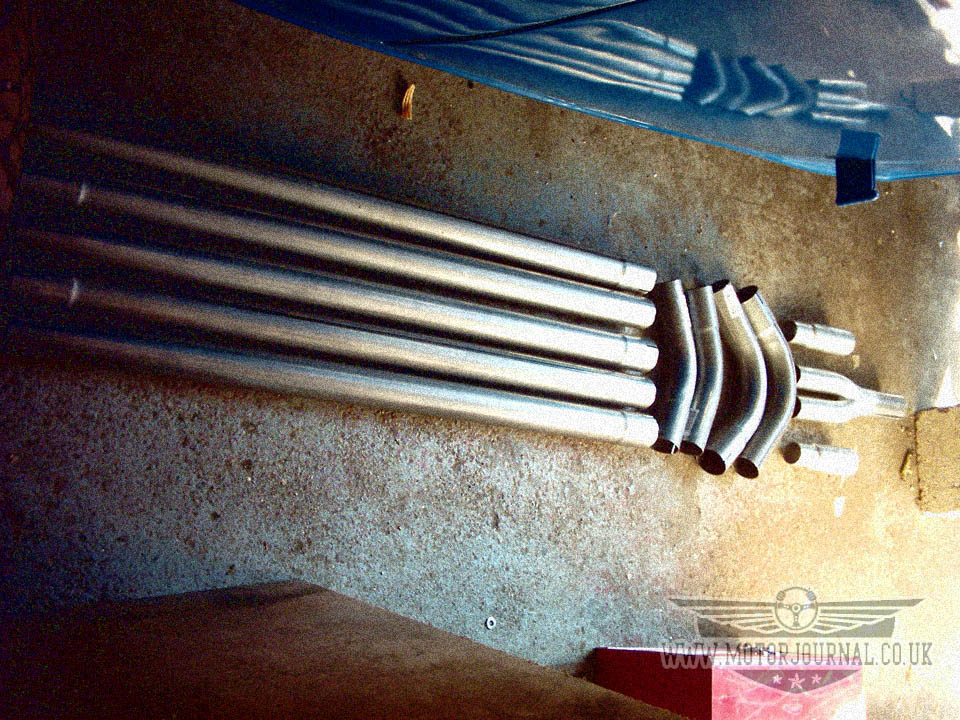 As luck would have it the could, and I headed home with what I hoped would be enough parts to fabricate my exhaust system. Back in the garage M.R. and I set about trying to make my exhaust parts fit my HotRod. Out with the hacksaw, grinder, and welder and before long I had some sort of manifold. 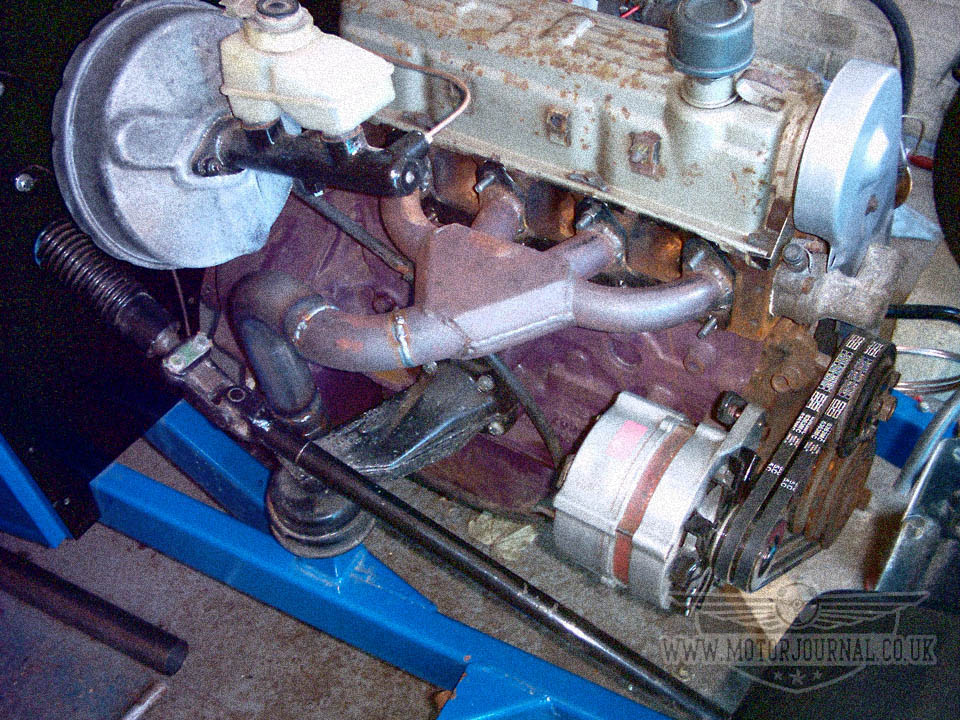 I'll admit that from an aesthetic standpoint it probably isn't the most beautiful exhaust manifold I've ever seen. But as snug as it all was, it fitted, and would do the job of getting the exhaust gasses out of the engine, and out of the car. We did toy briefly with having a zoomie style manifold with a seperate pipe for each port just jutting out the side of the engine, but I felt this would be too loud. We also thought about having the manifold go to a single pipe that also just came out the engine and then into a silencer on the side of the cowl. But again this was dismissed as I thought it would be both too loud, and I didn't really fancy the exaust exiting just infront of me by the door as I thought it would be both bad for my health, and bad for my paintwork. 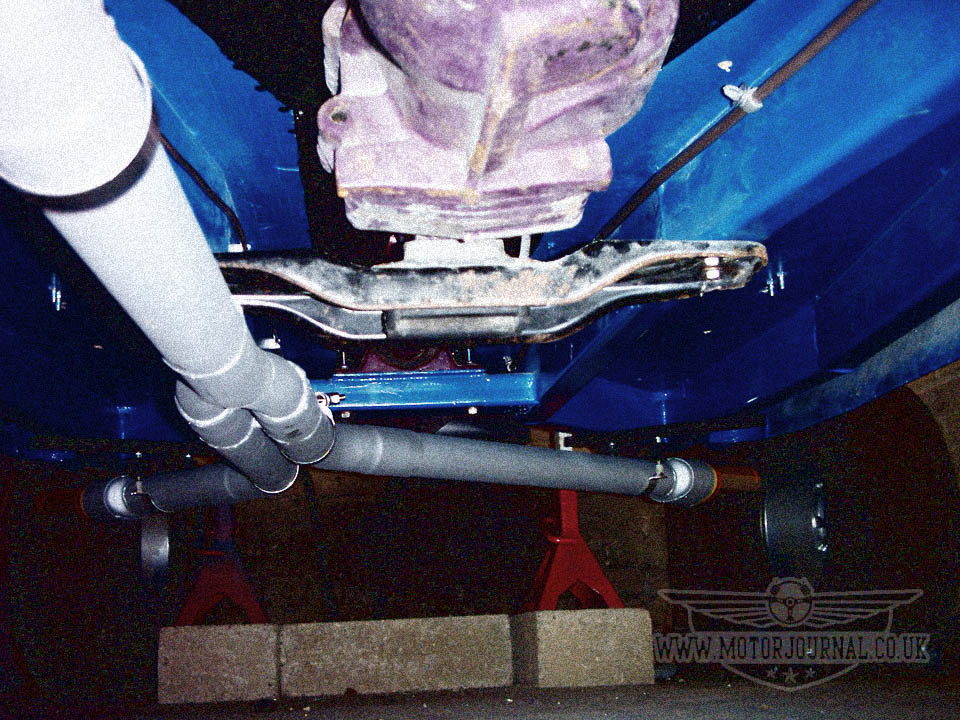 What I did want was for the exhaust to run underneath the car, and exit on both sides just ahead of the rear wheels. We spent some time mocking it all up before we were happy with how it looked. I then used some pipe brackets that I had liberated from work to hang the exhaust where I hoped it would finally be. I mounted the brackets to the chassis with some Flamco strut rail so that I could have some adjustability with my brackets once the exhaust pipe was in place. 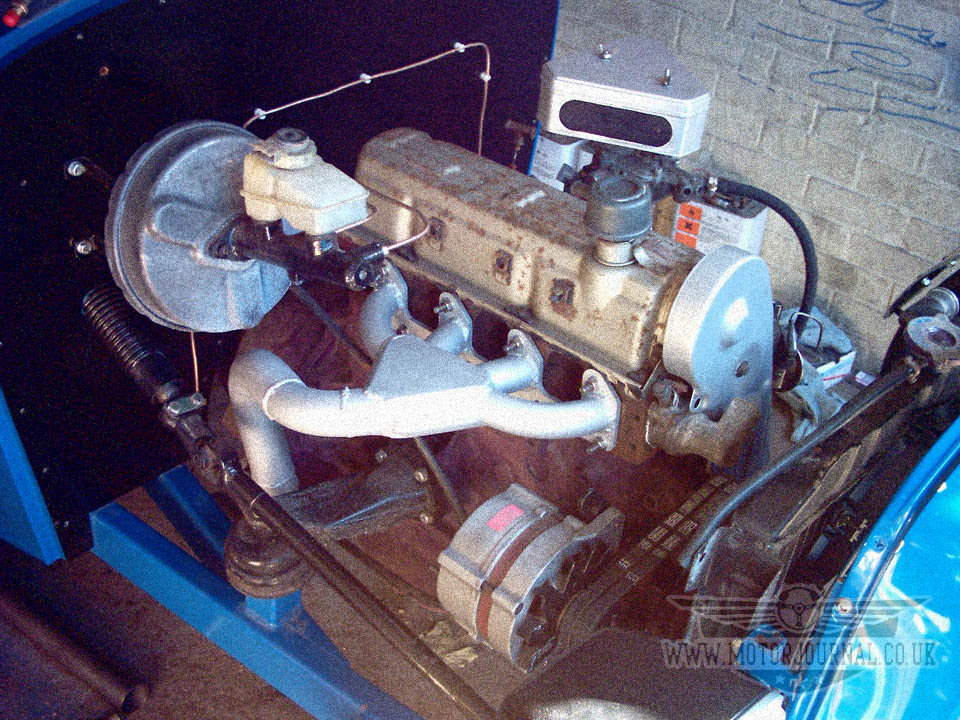 With the exhaust all mocked up, and everything checked that it wasn't touching the chassis where it shouldn't be, it was all marked before being taken apart. M.R. then carefully welded the manifold all together while I painted the pipe that ran under the HotRod with VHT paint. With the manifold welded I decided that this too would benefit with a couple of coats of VHT paint before I bolted it back on. 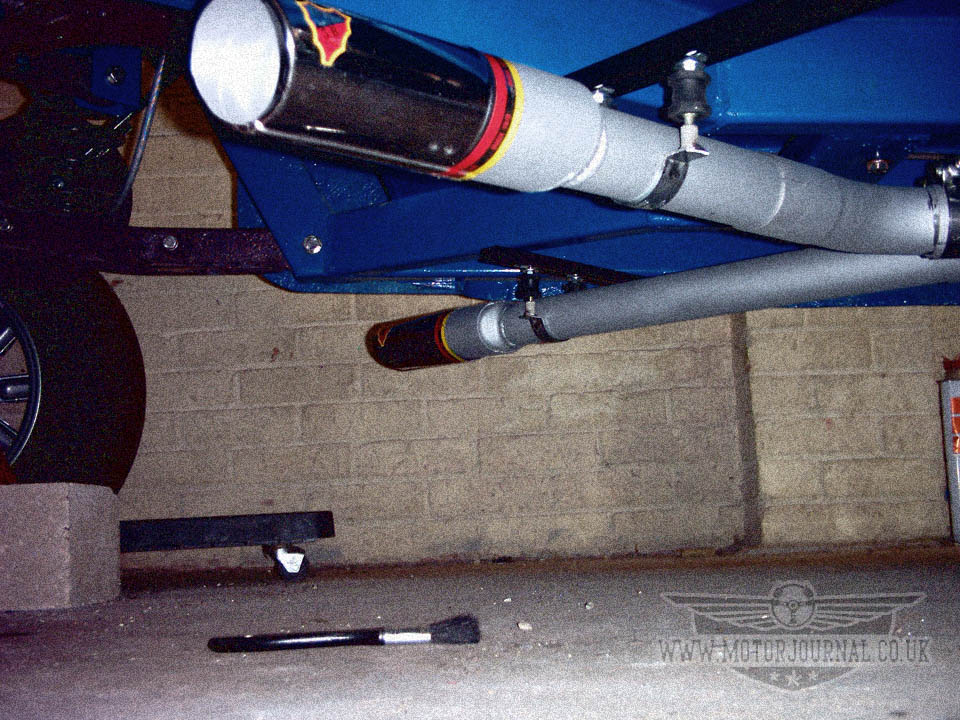 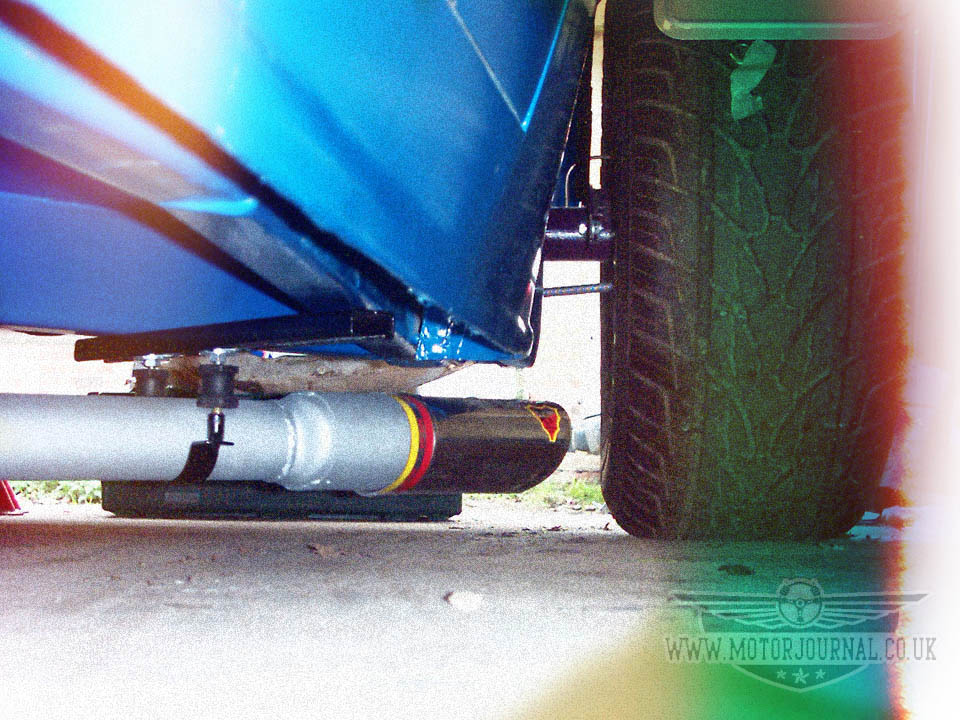 To be honest I thought they did actually look pretty damn cool, that was right up to the point when I lowered the HotRod back to the ground. Hmm, two inches of ground clearance, I thought to myself that they wouldn't be looking good for long, when every lump and bump I go over in the road beats the exhausts to death! I looked at M.R., I didn't even have to say anything before he said, "Your HotRod's still too low, we're gonna have to raise it up a bit more. He then walked over to the list on the garage wall, took out his marker pen and wrote, "Raise the suspension back to a reasonable height!" Just when I thought I was nearly there!