April 28, 2020
Pretty soon the day of my surgery had arrived, infact, far too quickly for my liking. as instructed by the hospital I didn't eat for pretty much the whole day before, then got up early and had a small glass of water, then I was ready to go. I needed to be there by 07:00 hrs, and as Mrs Clint wanted to come with me, my Dad arrived at the crack of dawn to look after my two little Monsters, and take them to school. I gave them both a big hug and kiss before trying to reassure them, and leaving to go to the hospital. outside I confidentally waved them goodbye, got into the Jaguar, and headed off down the road. I've got to admit I wasn't handling it well. The drive to the hospital went by very quickly despite me not driving there quickly at all, but before long I was parking in the car park, and going in to have my surgery. 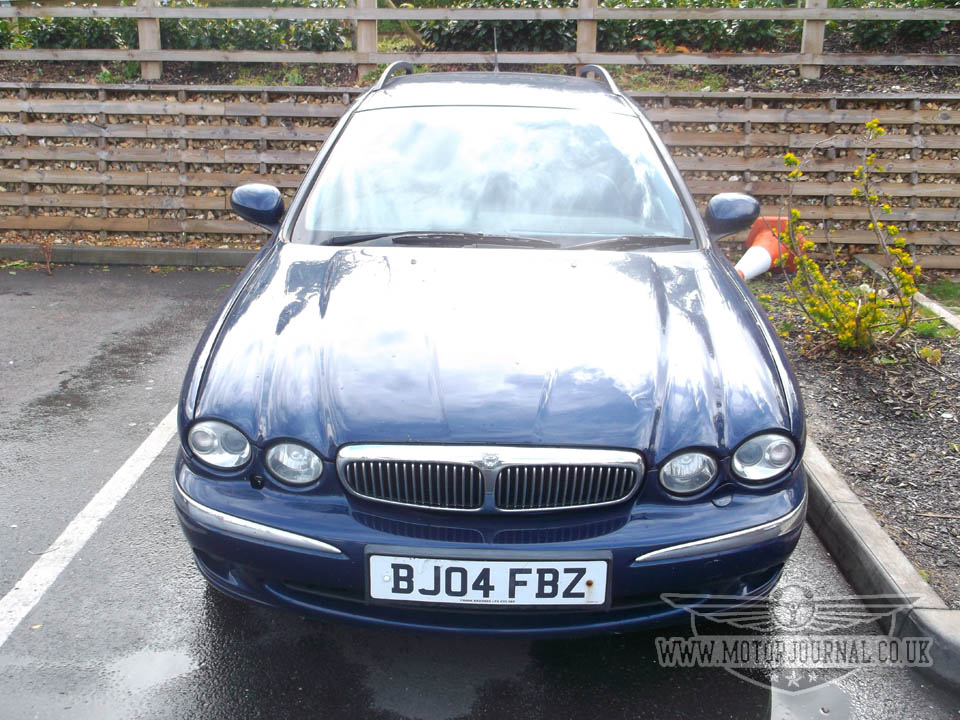 I looked back at the Jaguar, it sounds stupid now but at the time I really wondered if I'd ever see it again. I realise that all the people who would be looking after me are all professionals in their field, but still I was wracked with worry. Not just about how the surgery would go, but what they would find. I got into the waiting room, and filled in all the forms that they gave me. If I'm honest, I've no idea what I was filling in, I was on autopilot as I'd pretty much been for the last month! Just after 10:00 hrs I was taken to have my little lump removed. I remember laying on the stretcher type thing, I remember having some sort of injection, and then... Then I heard Mrs Clint saying, "There he is..." And I was pretty much hoisted from the stretcher to a bed as soon as my eyes started to open. I felt a bit vague, but looking at Mrs Clint I said, help me up. There was a voice, I don't know whos that just said, no just lay there for a moment. But I wanted to get up, I struggled to prop myself up on my elbows, the room was spinning a little, and I wasn't liking it. I continued to struggle and before long I was sitting, propped up by my hands behind me... I felt a bit confused, and the room still felt like it was in spin. I looked at Mrs Clint and asked her what time it is, just after eleven she said. Is it all done I asked, and a voice said, yep, all done the Doctor will be around to see you soon. Before long the room had stopped spinning, and I was feeling a little more coherent. The Doctor came round and told me it all went OK, he'd removed the lump, and both my tonsils too. I asked the Doctor when I could go home, and he told me that would depend on how well I recovered, but most people go home the following morning. But I wasn't going anywhere until I had atleast eaten, and drunk something.

The lunch menu came round, with the Doctors words about not going anywhere until I had something to eat and drink ringing in my ears, I browsed the menu, looking for something that might be easy to swallow. I made my choice, a cheese and onion sandwhich, and a nice cup of tea. I don't know if it was because of my surgery, or the bread was stale, but it was the dryest cheese and onion sandwhich I had ever eaten. My mouth was as dry as a nuns fanny anyway, but I managed just about to chew it, and swallow it. But it was a struggle, even washing it down with the hot tea!

Just after 16:00hrs my Dad arrived with my two little Monsters, I don't know who was happiest to see who, but my two little Monsters and I had a big cuddle, and I tried to reassure them that everything was fine, as it was over, and I'd be home soon. Just after 18:00 hrs my Dad left for home, taking Mrs Clint, and our two little Monsters home with him. To be fair I was feeling fine, but as I watched them drive out of the car park from my window I had a little cry to myself. I stayed looking out the window until I managed to compose myself, and then wandered back across the ward to my bed.

After about then minutes I thought that I might go and see if I could find the Doctor, just to see if I could get a better idea of when I could go home. After a bit of a conversation with the Doctor, and nurse on the ward, the Doctor asked the nurse various questions about how well I had come around, and if I had eaten and drunk anything. He told the Doctor that I came round really quickly, and had been able to eat and drink quite well. The Doctor had a good look in my mouth, and then said, "Well, if you've got a way of getting home, you can go. But any problems and I had to come straight back to this ward at Southampton hospital, and nowhere else!" He went on to say that the peices that he removed would be sent for a biopsy, and I would get another appointment in about two weeks to discuss the results.

Well I didn't need telling twice, and was dressed, and ready to go pretty much instantly. Ten minutes later I was sitting in my Jaguar, driving home! By 19:30hrs I was cuddling my two little Monsters on the sofa in my lounge! I went to bed at my normal time, my head still trying to comprehend what had actually happened that day. I've no idea what time I drifted off to sleep, but just after 03:00hrs I was awake! I felt like I was dribbling alot, but after switching on my bedside table lamp I noticed that actually my pillow, was pretty red! I headed to the bathroom. My throat was bleeding, and it seemed to be quite a lot. I felt that I couldn't actually swallow it fast enough. After a minute or so it had slowed to the point that I could spit it into the sink. I gargled with cold water for a bit, but although it was slowing, it didn't seem to be stopping. I was starting to freak out a little. I woke Mrs Clint, and she woke and dressed the kids before we all piled into the Jaguar, and headed to Southampton Hospital. To be fair it had slowed quite a lot, but I thought that I'd better get it checked out, especially as I was still trying to spit the blood out rather than swallow it. At just after 03:00hrs the M3 was pretty empty, I put my foot down hard, and the Jag roared along the road. I'd really only driven it sedately until now, but now I needed to go! I must say that I was impressed with just how quickly this agricultural engined car picked up the pace! Pretty soon I was speeding, and not too long after that I was in the land of the pedestrian should I come across the wrong Policeman!

I swung into the Hospital car park, left Mrs Clint to park the Jag, and headed off inside to find the ward that I had left just over seven hours previouisly... A surgeon came to look at me, and by then the bleed had slowed right down. After a good look in my mouth he told me he thought I was probably OK, and said I could go home, but to take things easy when I got there! He also suggested to gargle with warm salty water, and to eat iced lollys to help soothe my throat.

Back in the Jaguar, the drive home was a lot more relaxed, and before long we were pulling back up outside BelongaClint. I was glad to be home, and for the first time ever I felt that the Jaguar had actually done me proud.