February 19, 2020
I was looking at the Rover today with a couple of my friends. One of which is big into his Rovers, and the other, who is a used car dealer. Anyway, they both thought that the Rover was spectacularly clean for its age. The friend who is a big Rover fan was saying how clean it is, and how he's not seen one like this in a very long time, and the used car dealer friend not only agreed with what my other friend was saying, but he also seemed to be quite interested in it aswell. Anyway the used car dealer friend asked me how much I had paid for it, so I told him it was just £552. This resulted in him making a sharp intake of breath before telling me that of course I'd paid too much!

However after we'd finished giving it a good looking over, he then went on to say that when I came to sell it, the last thing I should do is put photos of the engine bay on the advert. This, apparently because it looks too good, and too clean. Because it's so clean he said it will put people off as they'll think the photos are not of the same car I'm selling. I listened to his 'professional' advise, but all the while I was wondering if my friend had lost his mind, and had actually gone barking mad! 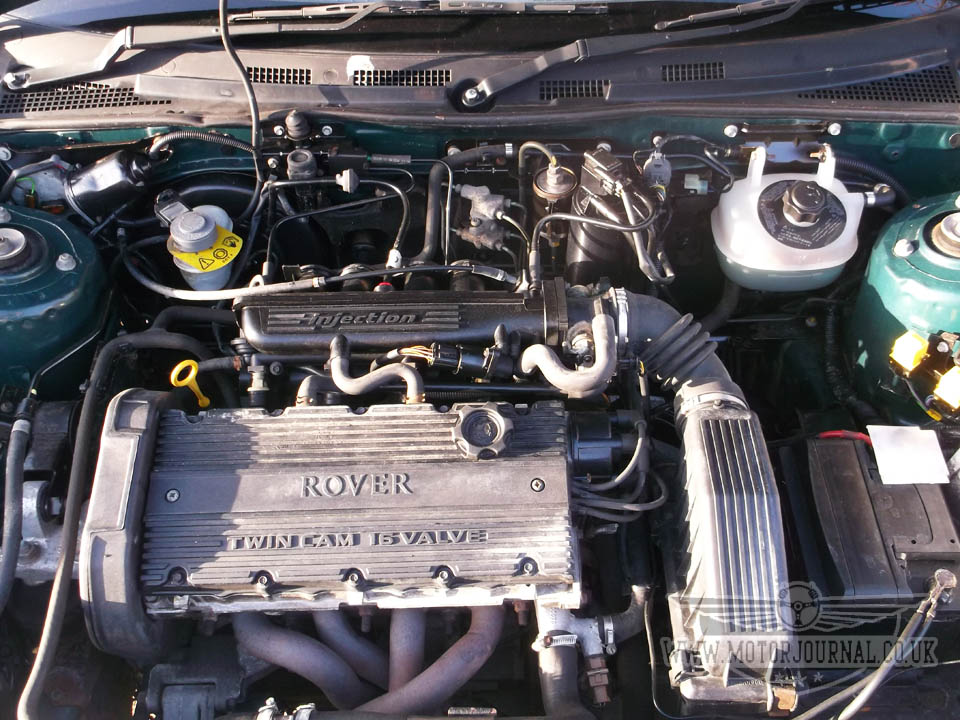 I discussed this with my other friend after my car dealer friend had left, and my Rover fanatic friend was of the opinion that the engine bay sort of shows how clean it is. It shows the future owner what sort of previous owners this car has had, as it all seems to have the factory tags and labels on everything. He then asked me if I thought that my car dealer friend might be a little bit mental? 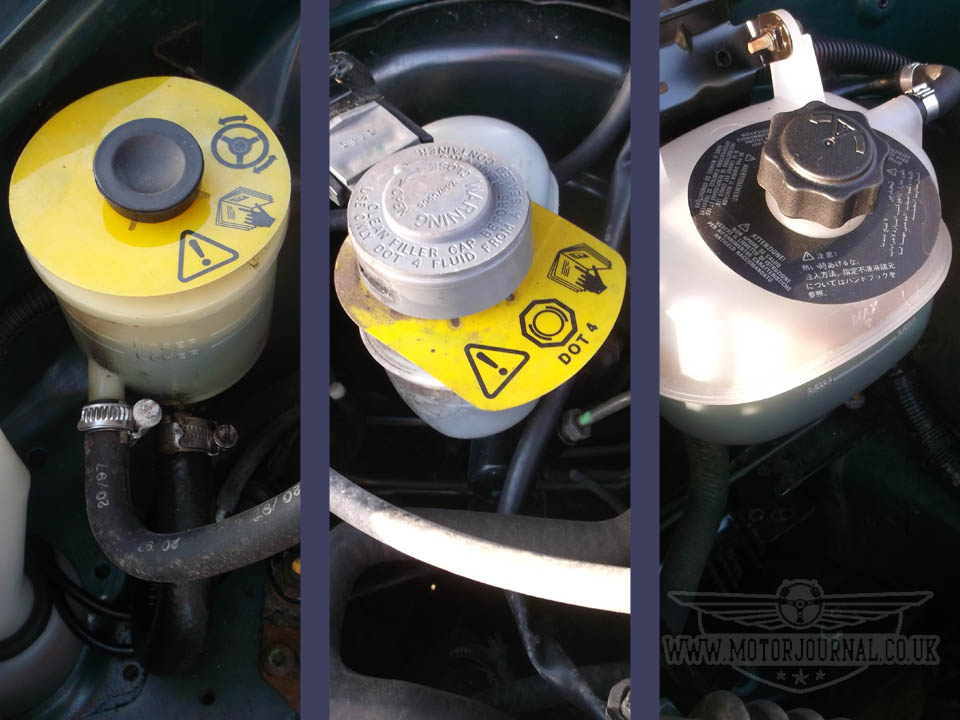 I've got to say that I agree with what he was saying, as I think my caar dealer friend almost certainly has a screw lose or something! Because the pictures in the previous owners advert showing just how clean and tidy this car looks is pretty much the thing that lured me into buying it in the first place. Things like these tags are often damaged, grubby, or just missing altogether, and the fact that not only are they present, but in good shape says to me that this car has not just been somebodys daily hack. But it has been looked after to the point of being loved and cherished, which it clearly has, and why wouldn't you want to buy a car like that? My Rover loving mate also reckons that my car dealing mate probably said that so that he might be able to get it from me cheaply, as he also told me not to photograph ther interior either! 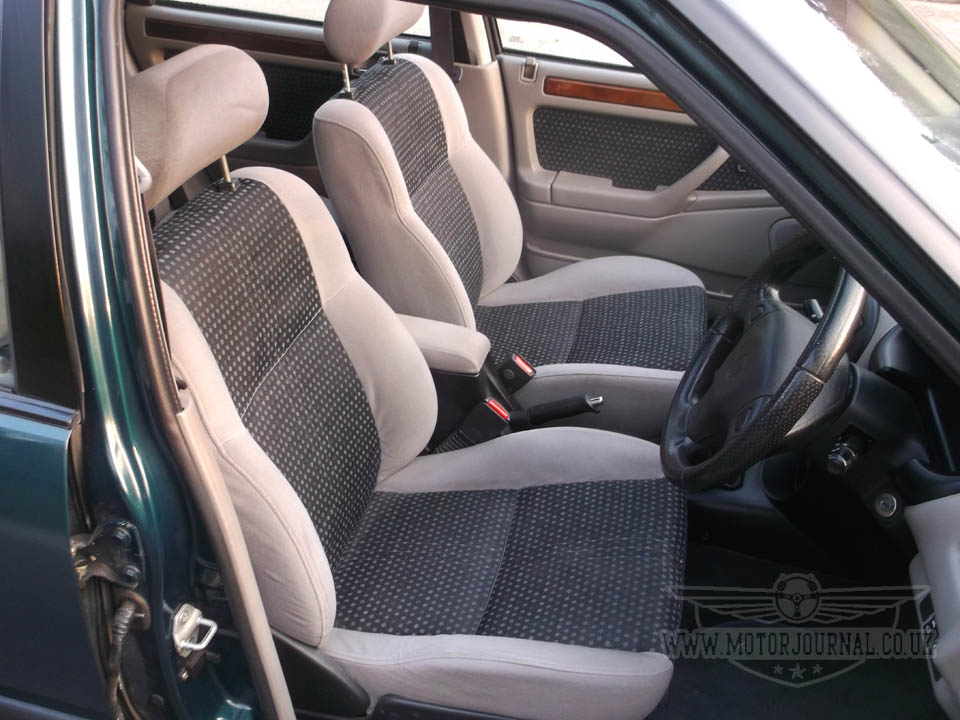 Further more, my car dealer friend also thought that it would be detrimental to include too many shots of the interior, again saying that people would think I was trying to hide something by using Photographs taken of a Rover when it was brand new! But why wouldn't I want to show off this thing and how good it is? MAN ALIVE THIS THING IS CLEAN!! But not just that, it's also really really comfortable, and a very pleasant place to park your bum when you're driving! 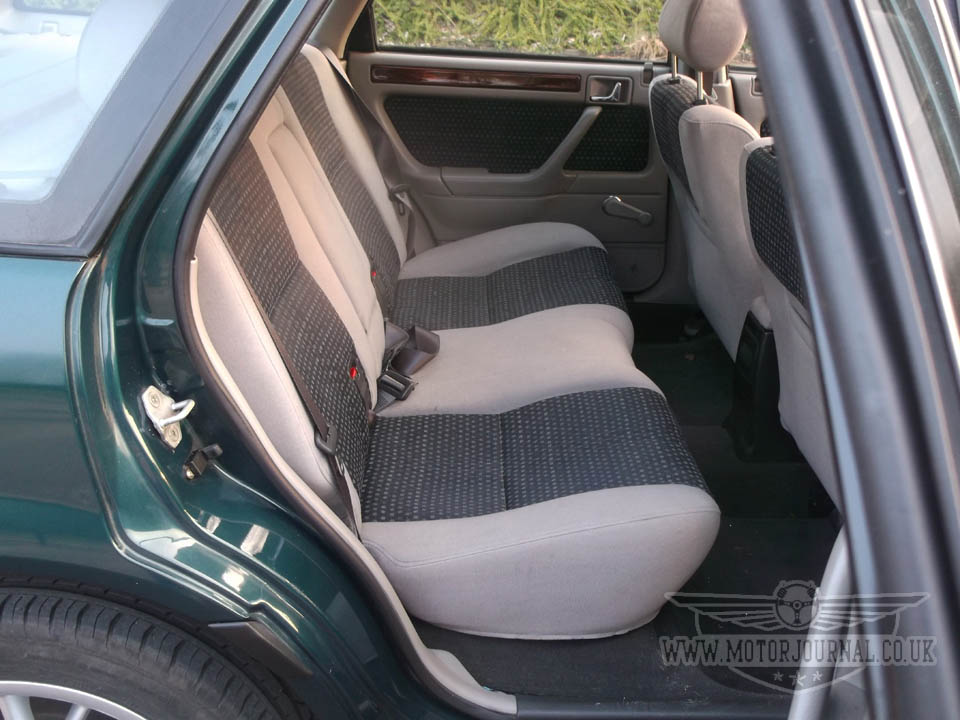 Front seats, back seats, everywhere you look on this car it was spotless. It's so clean that I even considered not letting my two little Monsters ride in it, but then I thought it would be unfair of me to arrive at school in the Rover with the children walking behind me! Those back seats though, they looked like they'd hardly seen any action at all. I must admit that I did cut some large pieces of cardboard box to put on the floor in the back, and also put a couple of thick blankets on the back seats for my two little Monsters to sit on. My excuse to them was that it is still the Winter, and it might be beneficial to have a pair of blankets in the back incase they got cold! They accepted my little fib, but I think they knew why they were really there, especially as I made them do a little twirl before getting into the Rover, and show me the soles of their shoes to make sure they were as clean as they could be! I'm not sure my two little Monsters have ever been so clean! 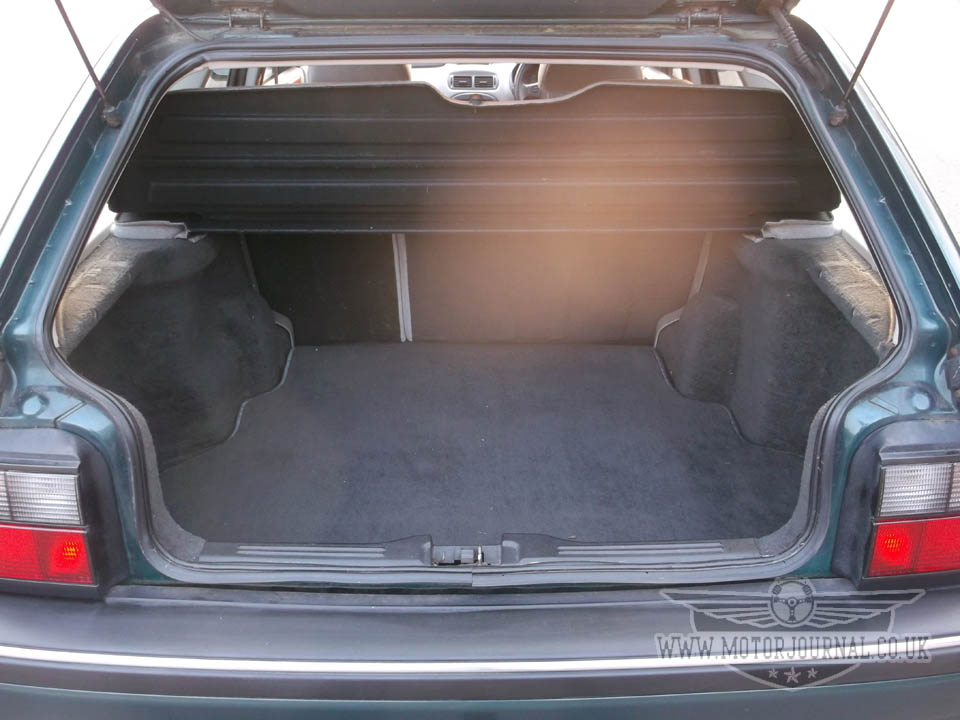 In the boot it was the same story, absolutely spotless. Again, I was pretty keen to keep it that way, and so on the weekly supermarket run I would load the shopping into the cleanest carboard boxes they had in the fruit and veg isle, before putting it all in the boot. I also made sure that everything that was a liquid was in a container that didn't leak, and was stood upright. Not only that, but wedged into the box in an upright position so that it wouldn't, and couldn't fall over when I went around a corner! I must admit that I was as paranoid of leaving a stain on the upholstery of this car as I am of the head gasket failling! 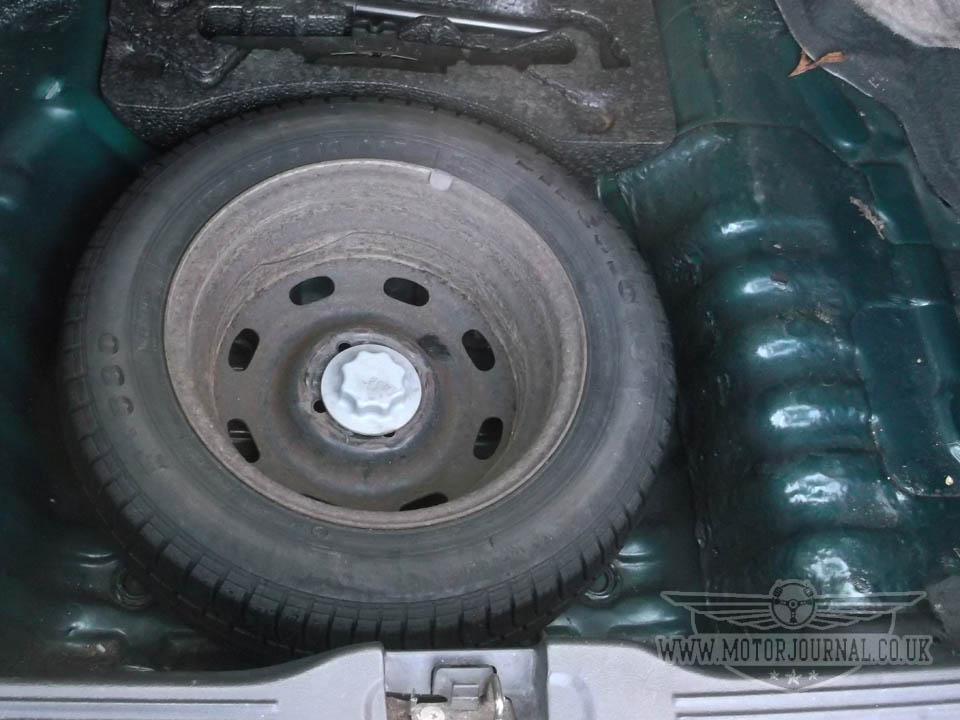 Even the the unseen bits like where the spare tyre lives was pretty damn clean! I've never seen this part of a car look so clean before unless the car was brand new! Although it's safe to say that this car has obviously had a puncture in it's life because that spare wheel has clearly seen some time on the road at some point in it's life.

So now that we are just over halfway through the month it's time to get ready to put this little gem of a Rover 416 Tourer up for grabs. Despite the advise given to me by my car dealer buddy I am going to use as many photos detailing just how clean this little Rover is as I can. Because the thing is that I think this car really needs an enthusiast to get their oily little hands on it, rather than some moron who doesn't realise what they've got, and it ends up just being used like a daily hack and run it into the ground or something. But of course I have no control over who buys it, or what they use it for. Time will tell, but for now I guess I'm just going to cross my fingers and hope for the best!