January 23, 2020
Now then, seeing as we're now over halfway through the month it's time I was starting to think about putting this Frontera up for sale. But before I do, I figured that I was going to want some half way decent photos of it for my own records. I like to take a few photos of every car I own, just so that if at some point I manage to make it into old age, and find myself dribbling into my cornflakes in an old folks home, I will atleast have some photos to show what I wasted my hard earned cash on!

Yesterday in between dodging the rain I managed to wash, polish, then find a place to try and take some photos of the Frontera. It's pretty obvious that I'm not much of a photographer, but I like to try the best I can in a bid to take something that perhaps you might find in a magazine... Even if that magazine is just Auto Trader! I always find that whenever I go out to purposefully take photos of my car, wherever I go as soon as I stop, everybody wants to drive past. I'd driven along this road for a good five or ten minutes, and it was practially deserted. I pulled up, got my camera out, and jumped out of the Frontera, and no sooner was I crouched in the road trying to take my shot, than a line of traffic arrived from behind me. Were they happy about me blocking one side of the road? No they weren't. Infact, one guy was so upset that he actually stopped and had a go at me for stopping everyone from being able to drive along the road. He said I was an Funky Count or something like that. In the end I pointed out that actually he was blocking the road now, because before he'd stopped to moan at me you could've just driven around my car as there was no traffic coming the other way! That made the old fella even more irate, and he sped off like a teenage boy racer, redlining it in every gear in his Rover 45. 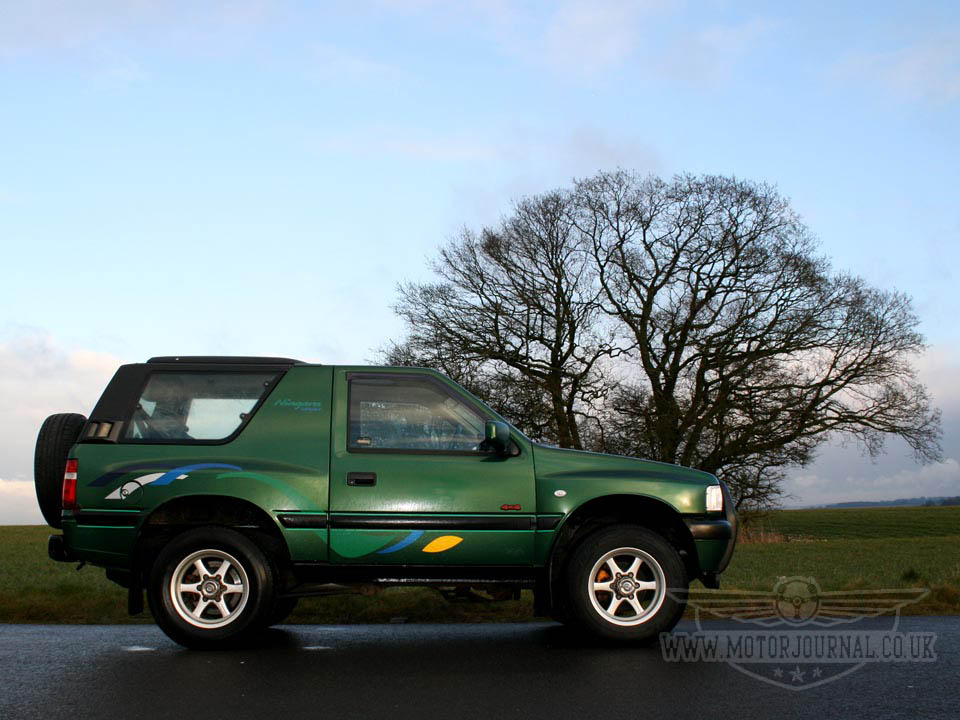 What I probably should've done, was to find a nice little off road track somewhere, I mean it is a 4x4 after all. But the problem with this was that I'd just washed and polished it, and I didn't really want to get it all dirty again. Besides, I'd probably get all set up to take a load of photos, only to be confronted by a load of angry ramblers or something!

After an hour or so I had taken a good forty to fifty photos in various locations, and so I thought it was about time to head for home as surely amoungst that lot I must have something worthy of making it to my farcebook photo albums. Besides I figured that I had probably made a nuisance of myself for long enough out on the quiet country back roads. 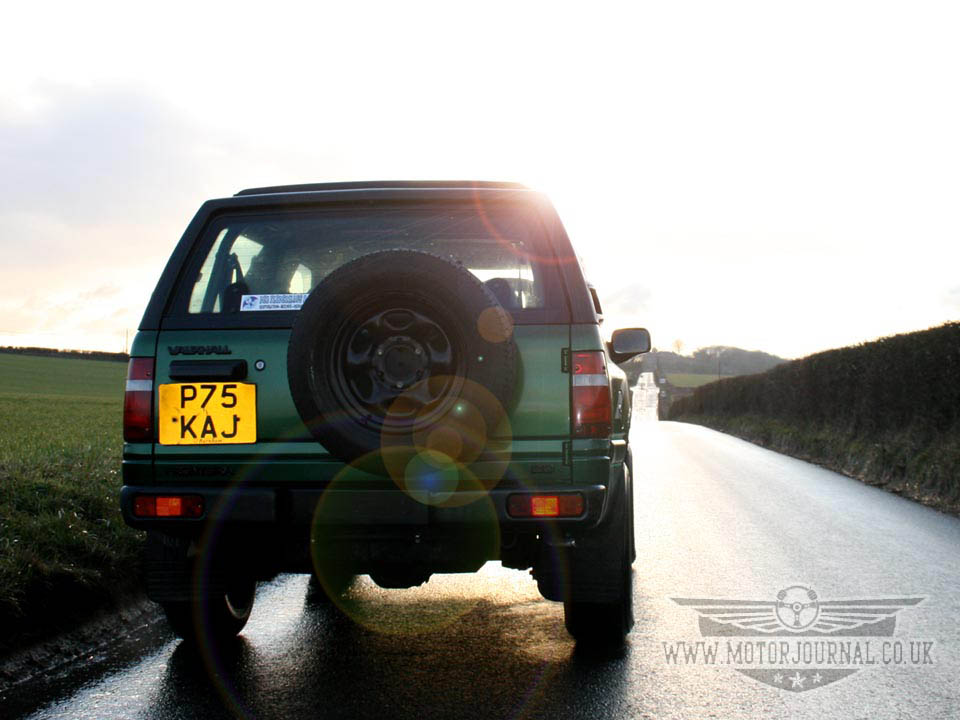 I think that this shot is possibly my favourite.

With a good selection of photos taken for my own records, it's now finally time to let it go, I've got to admit that I hate selling cars, the whole idea of it fills me with dread, and to be honest, I really wasn't looking forward to selling this one. I have even tried to convince Mrs Clint that actually, she needs this car for herself, but she's not interested. So, despite me wanting to hang onto it, it needs to go, because if not I can see me having twelve more cars at the end of the year than I've already got! Worse still, because of my car addiction I'm pretty much completely out of storage space already. I'm even taking up my parents drive, and my brothers front lawn! I have a drive of my own too, but crazily its too narrow to fit a car on, although I did once own a Mini pick up, and that fitted on it... Just! So after giving it a lot of thought, I decided to put an ad on Gumtree for the Frontera. I didn't really want to list it on the bay of E, mainly because of the messers who infest it, and make sellers lives a misery by winning things, and then not turning up to collect them. I'd never tried Gumtree before, so I thought I might aswell give it a shot and see how it goes, and if the people who like messing the sellers on fleabay around also infest Gumtree. My initial feeling is that they probably do, but without trying I'll never know for sure, so only time will tell.