November 26, 2019
I've had this thing for a little while now, and I think its fair to say that after all this time I still have probably not discovered every cubby hole the interior has to offer! This is partly due to my laziness, when I buy a car I have a quick look at the interior, and it's various controls, then drive it. I like the interior, I do, I really do, but as a rule I'm not really bothered about a cars interior as long as it's fairly clean and functional. When I buy a car it's usually because I like how it looks like from the outside, and then, how it drives! Yep, I'm pretty shallow, if it looks interesting from the outside I can forgive the interior of all manner of sins. I even had an Astra estate once that I really loved despite it's borderline day-glo Orange interior, simply because of its plain white two door body... and the fact that it went like the Devil!

Although, it is safe to say that this is probably not the best looking car in the world, it is pretty striking to my eyes. But having said that, it doesn't seem to get much attention, people don't seem to notice it at all. My last Talbot Alpine was probably the biggest attention grabbing car I've owned. Wherever I went in that thing people looked at me, and took photos of it, but in this thing... Nothing! I guess when it came out the Avantime was probably quite different to most other cars on the street, and this was the time that I decided that I would some day need to have one of these in my chubby little hands at some point in my life. But now, almost twenty years after seeing one for the first time in a magazine it does sort of blend in with modern traffic a little! Its bold looking Patrick Le Quément styling must've looked quite unique in the early part of the 2000's but today at a glance I guess to the casual onlooker its just another Espace, or some other people carrier. 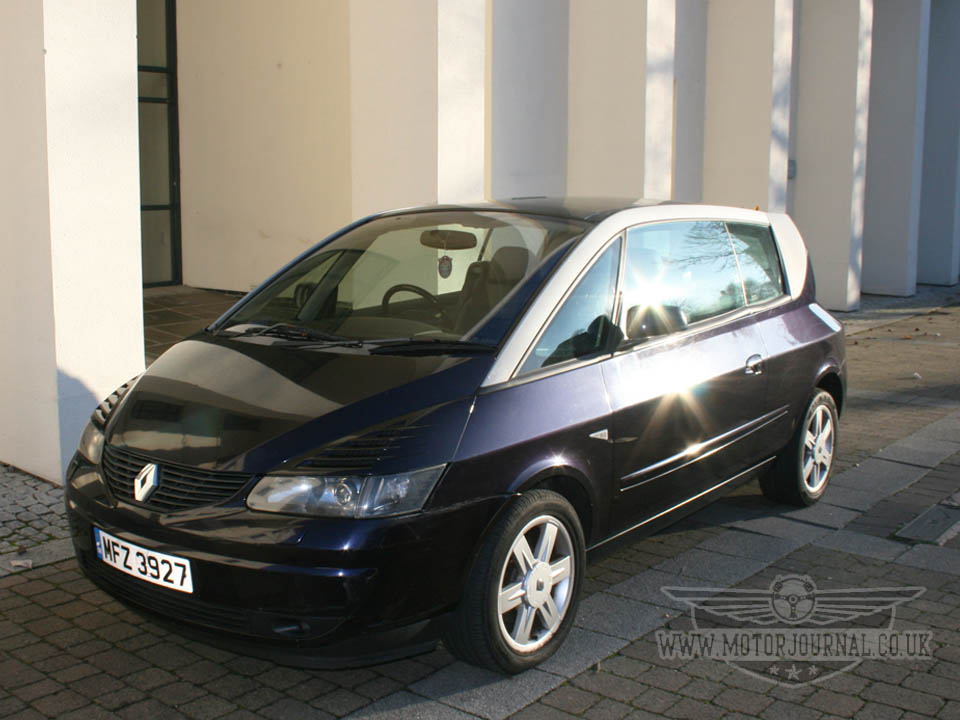 I can't decide if this is a blessing or a curse. I like it, I like how it looks, and the introvert in me is happy behind the wheel flying under the radar. But the extrovert in me feels like screaming look at my cool car, appreciate its quirkyness from your bland people carrier! Having conversed with my friends about it most of them can't see the point in it either? They understand why I think it's cool, and the rareity of the thing, but for the most part they think I've spent quite a lot of money on what is essentially a Renault Espace, just without the convenience of having the correct amount of doors to let your family in and out with ease. I can see their point completely, a similarly aged Espace would've been far cheaper to buy, and in all fairness I wouldn't rule out getting one, I like them too, and its even on the list. Both a mk1 and a mk4 Renault Espace still need to be added to my automotive back catalogue at some point in the future. But my feeling is that neither of the Espaces that I'd like to own in the future will probably feel as special to me as this does. Even Mrs Clint doesn't get it, and she is a woman who has seen all kinds of weird and wonderful cars parked outside BelongaClint over the years. Don't get me wrong, she's greatful that we're driving about in the Avantime and the Aixam is gone, but she doesn't think it's even remotely interesting, and also only sees a boring old people carrier. But perhaps this is fine, for me it really doesn't matter what people think of it, and it doesn't matter that I seem to be the only one who gets it at the moment, I do enjoy it. I even enjoy just looking at it. I like that pointy beak with the little grilles over the headlights, the massive amount of un-interrupted side glass above the mammoth doors, and I like the bay window-esque rear end with those strange looking tail lights. It's a cool looking car! 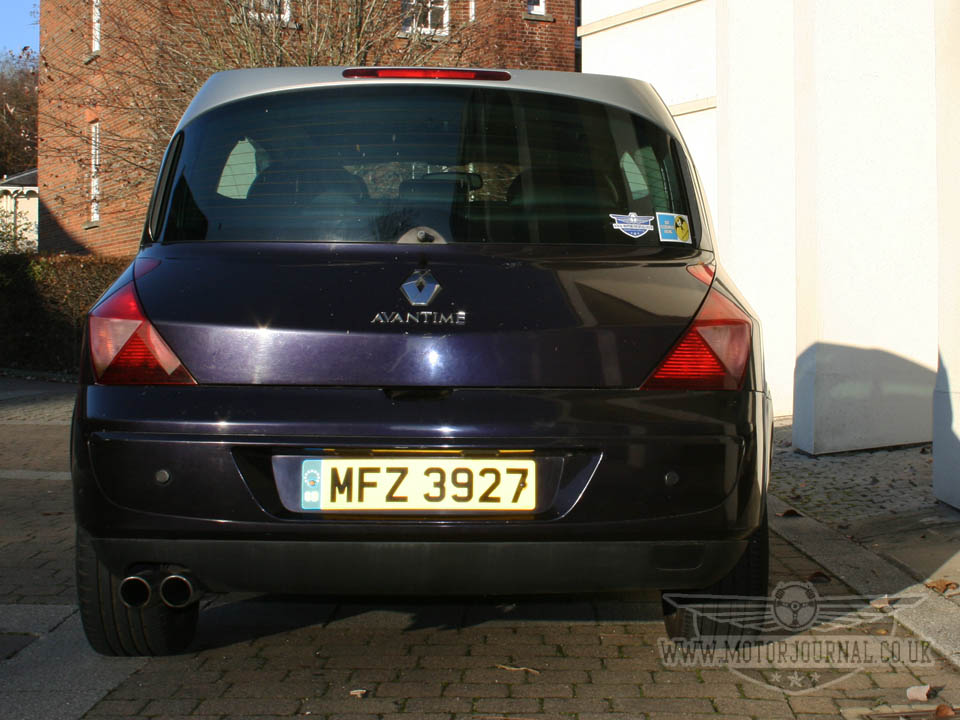 Renaults design project manager, Thierry Metroz,  said that regarding the styling they wanted anyone who was walking around the car to be continually astonished by its looks, and for me atleast he pretty much nailed it. I realise that there are elements of other Renault designs like the Espace, Vel Satis, and even the Megane in the Avantimes looks but somehow all put together on one vehicle like this works well for me. OK I'll admit that it isn't as cool, or as good looking as a lot of cars that I've owned, and infact in my current fleet I would go as far as to say that it is the ugliest car I own at the moment, I even think that my D22 Nissan Navara is a better looking vehicle! But, as  much as I like the Navara, and I really do like that thing, I still find myself heading out in the Avantime for no other reason other than to just drive the it, and surely this is what it's all about isn't it? I'm almost certain that it drives exactly the same as the Espace of the era, and as much as I'd like an Espace of the era, I wouldn't trade this for one. This is because it's not an Espace, it's a little bit different, a little bit rarer, a little bit special, and because of this it feels pretty special and unique to drive even if nobody else gets it.