October 31, 2019
It's been three months since I picked up my pick up, and in that time it's pretty fair to say that I've never been busier... Or had more friends! 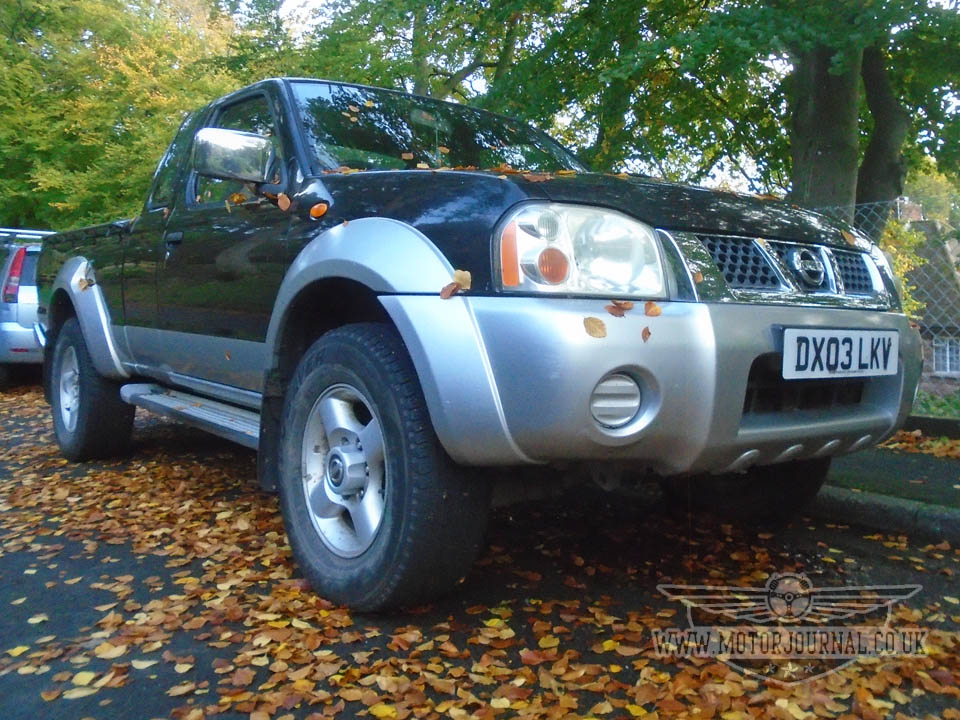 I knew this would happen, and to be fair I'd have probably been disappointed if it didn't! Although, probably not so disappointed that I worried about it. The first couple of weeks went well, nobody bothered me, and eventually I had the first fill shot... 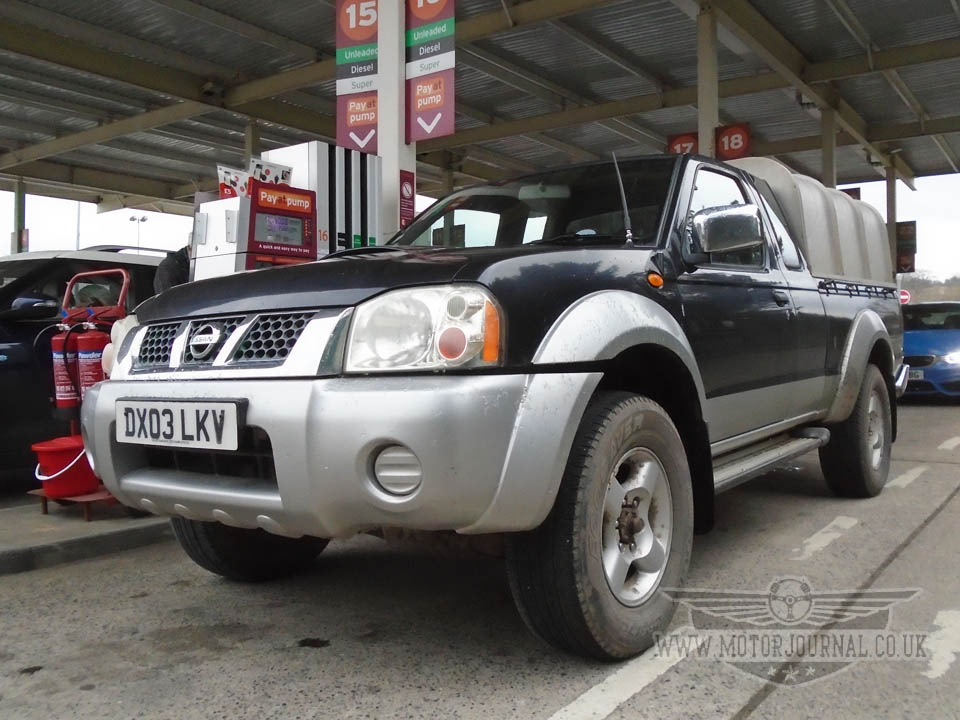 Where I opened the filler cap, and it would appear that Mrs Clint had decided to help me out by leaving me a little not that said "Remeber you knobber, this is a diesel!" Hmm, I think it's going to be a long time before my little mis-fuelling incident in the Chevrolet will be forgotton! The good news is that I did remember what fuel it drinks, and put the right stuff in! Anyway, after the first couple of weeks of ownership people started to notice that I had a pick up! My Dad was first, to be fair, he knew the day I bought it. But a few weeks into my ownership Dad calls me up and tells me he needs some ballast collecting, and bringing home so he can lay a path. He also tells me not to forget to put a shovel in my truck! 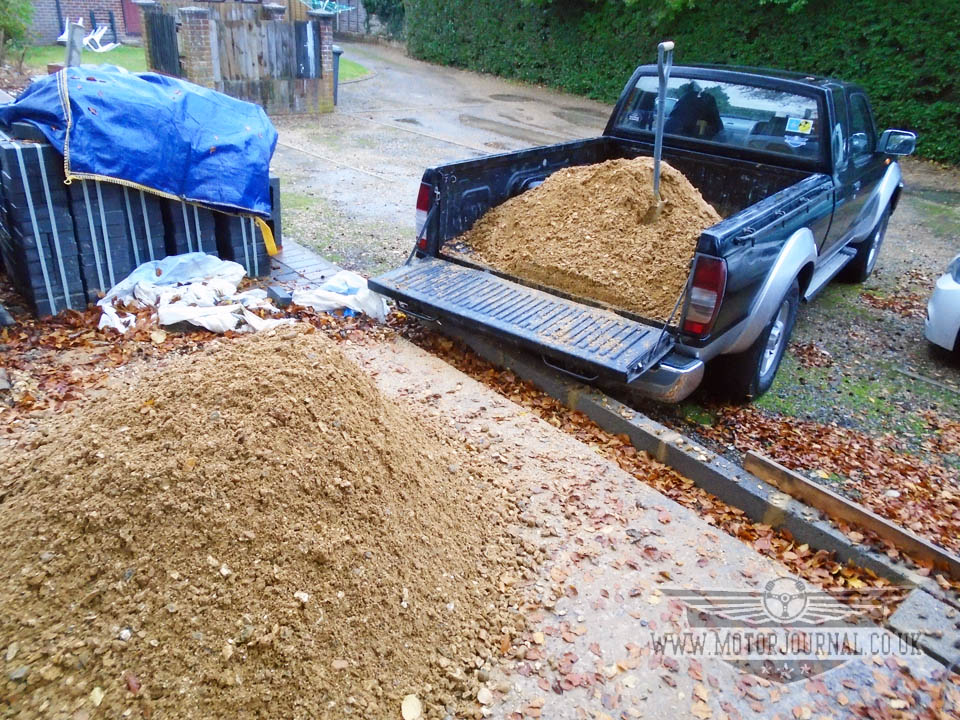 OK Dad, off I went and collected it. What he neglected to tell me was that there would be another three or four loads like this, and I needed to shovel it off at my folks place. Hence needing the shovel. I also found that I was required to help turn this into concrete, and lay it! It took a little while, but we got there in the end. It was more than I had bargained for, but what are you supposed to do, say no Dad, I'm not doing that! that wouldn't have washed in my family... Can't wait to do this to my kids! 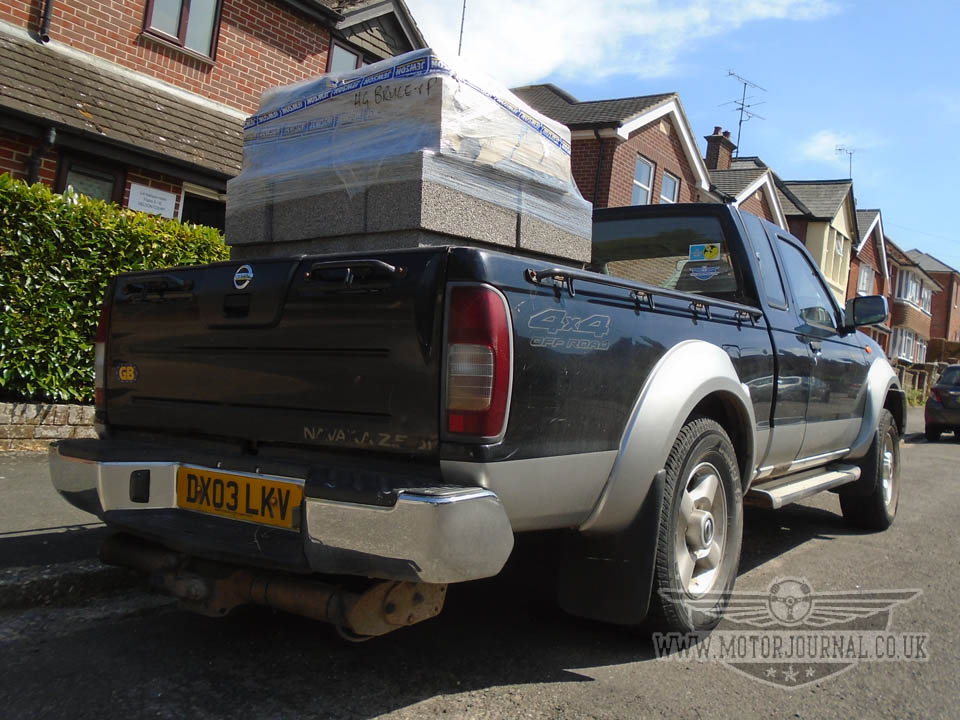 Then there was three loads of concrete blocks for a friend of a friend. That was a chuckle! Lifted on with a forklift, then individually lifted off by hand! 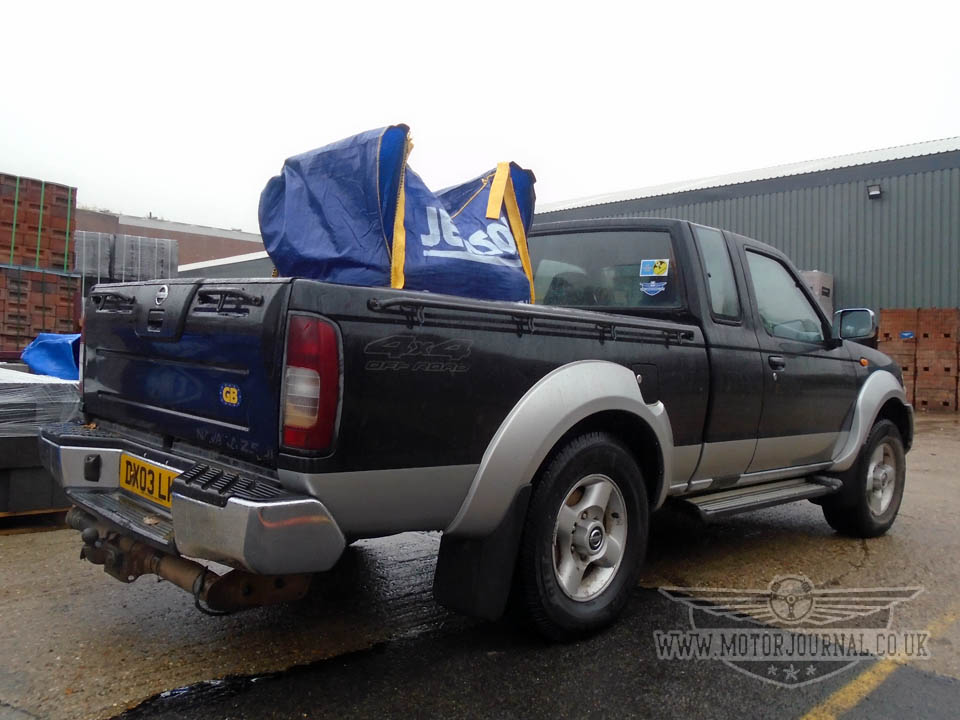 A big bag of sand for one of the local child care ladies for her sandpit for the kids she looks after to play in! I can't help feeling that those little monkeys would've had yellow hands after playing in this builders sand for a while! But I guess it washes off, and they probably had fun in the sand right up until the point where the local cats started using it as a giant litter tray! 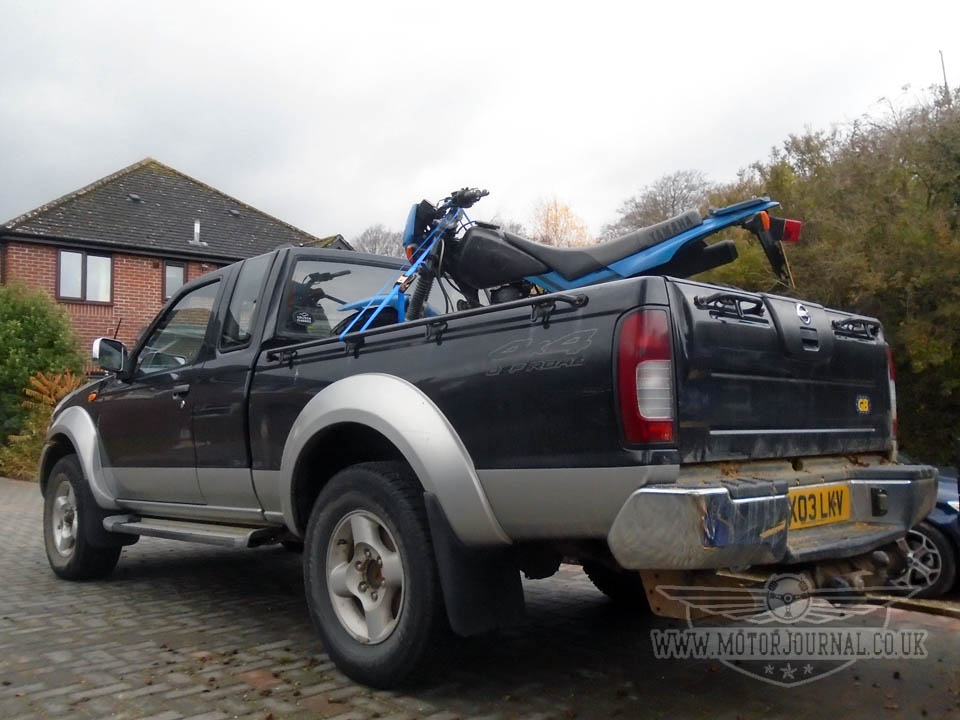 A motorsickle for a friend. To be fair I did offer to collect this and drop it off for him as I was going to be passing where it needed to be collected from.

Finally after about six weeks of ownership I collected something with it for me! Transporting my friends motorsickle put an idea into my head... 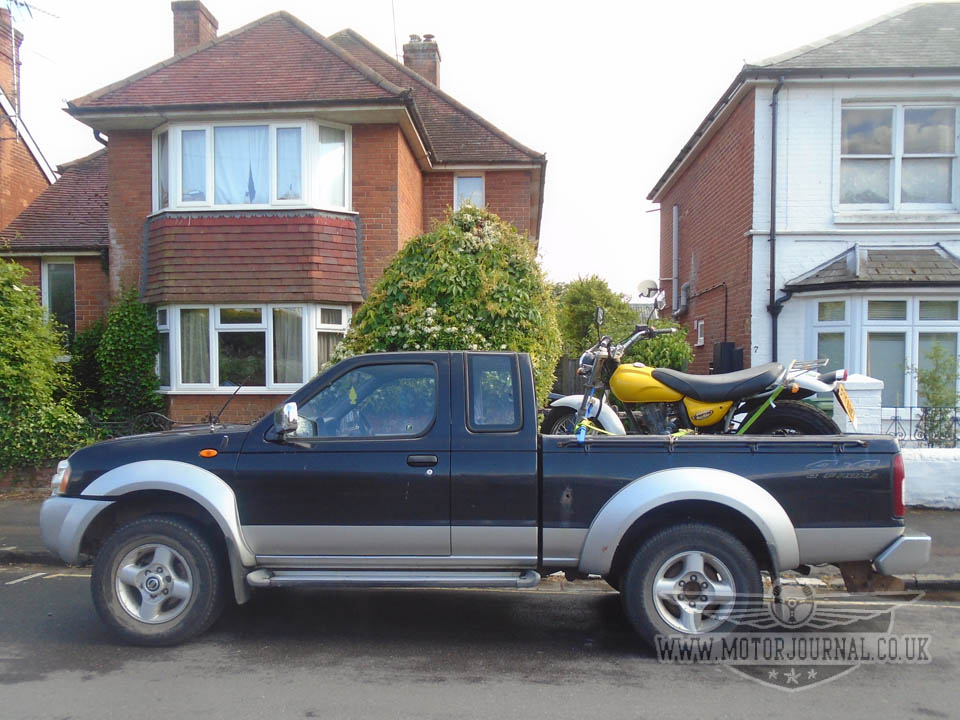 So I bought my own! Which was promptly stolen less than a week after buying it! It did get found though, and it wasn't even damaged when they found it!

Still despite all of this running about for other people I have managed to turn quite a few people down. So far I've not taken any rubbish to the dump for anyone other than myself, and I have told several of my previous 'customers' that I'm just too busy to be running around here there and everywhere for them. It's funny, but once I told them this most of them then offered me money to pick things up for them, which was quite nice as they'd never offered that before. But I still turned them down, so now it would seem they don't want to know me. I even see them in the street sometimes and I always say hello, but now I just get ignored! Oh well, I've got to say that this suits me fine! I think I've got enough friends who like me anyway, and don't need to borrow me and my pick up to collect things for them! Anyway amid all this transporting fun I even found time to get it into a car show! 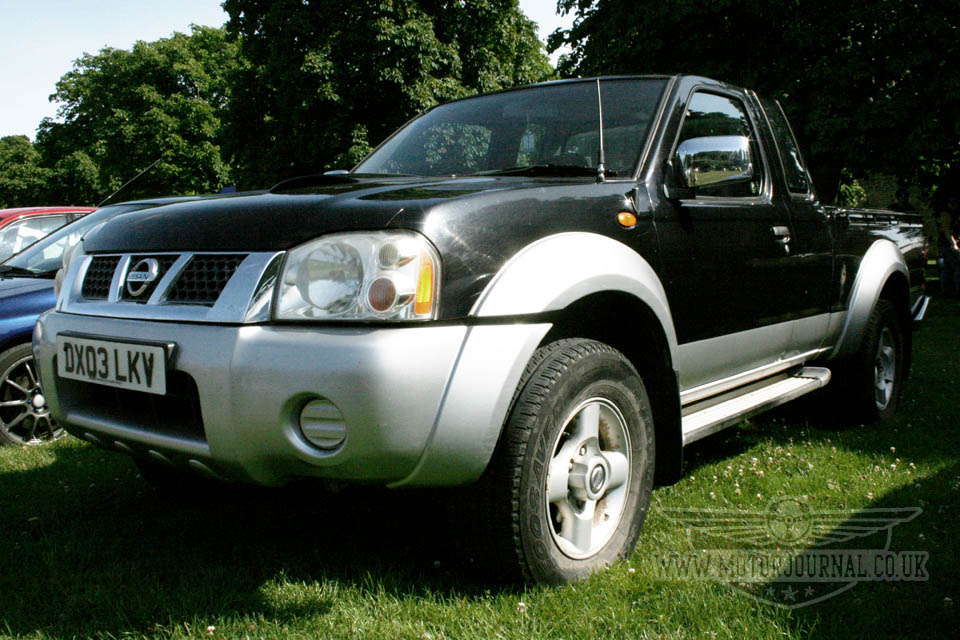 I had planned to attend 'Simply Japanese' at Beaulieu back in the Summer in the Celeste! But for the second year in a row on the morning of the show when I tried to start it the Celeste was having none of it, and flat refused to start! I was pretty gutted because I would've had the only Mitsubishi Celeste at the show! I'd prettty much resigned myself to taking my Mustang or something else, and just being a spectator rather than a participant. But then I thought, wait a minute, My Nissan Navara is a Japanese vehicle, I'll take that! A quick wipe over with WD-40 and off I went! I still fully expected to be a spectator, but as I drove through the gates at Beaulieu I was directed into the que of other Japanese cars waiting to get onto the show field! Happy days, and guess what, I had the only Nissan Navara in the show! I weas actually glad the Celeste wouldn't start, I've taken that to several shows, and will probably take it to a fair few more, but how many shows are going to let a scruffy 16 year old work truck in? Probably not many! 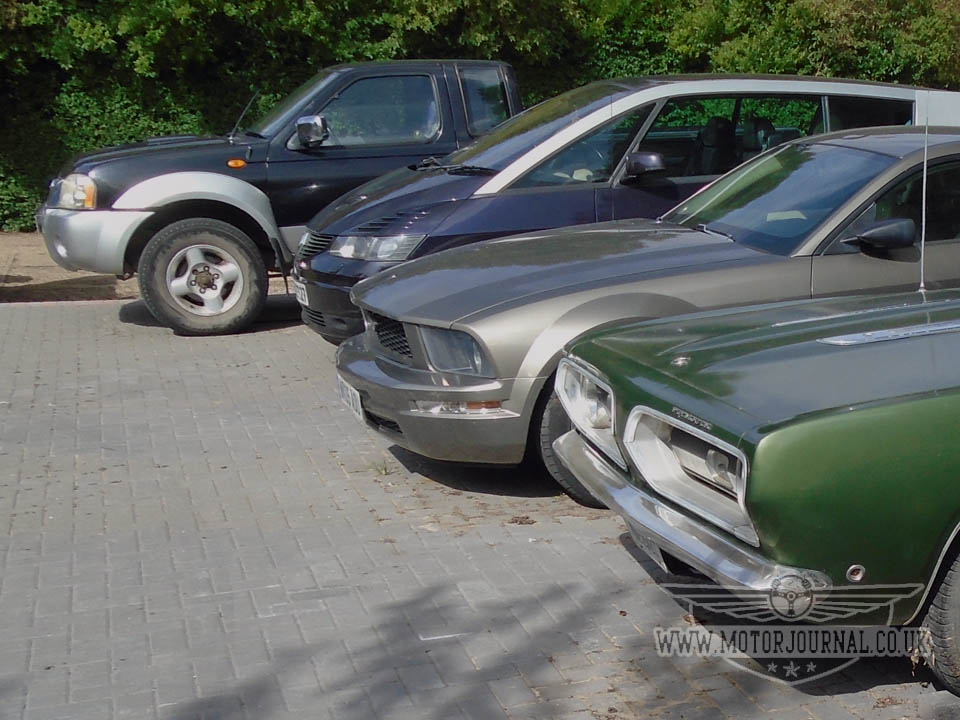 So after all this time and several thousand miles added to it's odometer you may well be wondering how I feel about it now? Well, I've got to say that I'm still pretty happy with it. I remember thinking that I wasn't sure it's my favourite of all the pick ups I've ever owned. I still feel that it is more agricultural than the Chevrolet, Mitsubishi, and Ford that preceeded it in my automotive back catalogue. But my feeling is that as they were all Crew Cabs, they were a little more 4x4 car like. Perhaps aimed more as a family hauler, and perhaps the King Cab being more of a 2+2 is designed more with work in mind. I don't know, but I have certainly noticed more and more crew cab pick ups being used as cars in the last few years. The Navara has grown on me a bit more, it's not at all bad to drive, it's fairly comfortable, and it's got enough power to be useful, so I think I'm pretty happy with it. Infact, I'd go so far as to say that I'm very happy with it, I pretty much like everything about it. Like I said before, I remember being on site back when this shape Navara came out, and I really liked the look of it, especially the King Cab, and even now eighteen years after the facelifted version of the D22 series Navara came out I still think it's a nice looking truck. Just looking at it I am actually quite pleased that it's mine, I think that it's a great looking truck, I think I'd even go as far as to say that for me the D22 Navara King Cab is the best looking of all the Navaras! Just looking at it makes me want to go out and drive it!

So, despite being asked to to collect things for friends I'm very pleased to once again have a pick up in my fleet, and honestly, if you can't help your family and friends out from time to time you should be wondering what kind of friend you are. That being said, I have drawn the line at helping, or atleast trying to help out everyone. Family and friends, yes. Friends of friends and acquaintances, NO!  That should atleast mean that I get some time to myself, which is good because it still needs a jolly good clean!