July 18, 2019
Its been a while since I've had a pick up, and frankly, I've missed it! It's been a struggle to resist the urge to buy one too, because I've looked at many that I could have afforded, but have left them alone. I've tried to convince myself that I didn't need a pick up, because I probably don't, but it's not about need, it's about want! The reason that I've tried to avoid another pick up is actually quite simple. I get cheesed off with finding myself always at everyones beck and call, picking up stuff, and running stuff to the tip for them. I don't know why it irritates me so much, but the fact is, that if someone asks me to pick something up for them, or indeed, run stuff to the tip for them, I feel obliged to help. I mean why wouldn't I, I've got a pick up! I want to say no to them, but before my brain has sent the 'NO' command to my mouth, my stupid mouth has already said, "Yeah, no worries!" I even said it today, and I've only just picked it up!!

So what is it? 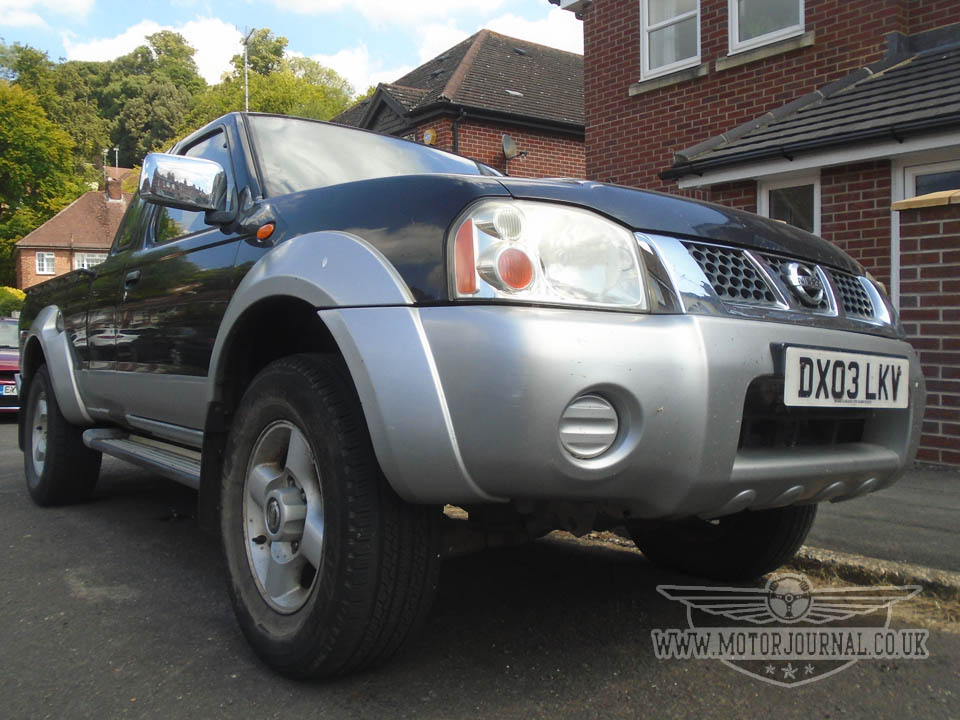 Well it's a 2003 Nissan Navara with a 2.5(ish) litre diesel engine, and incase your wondering, it's also four wheel drive. Do I need four wheel drive? Of course I do, it gets pretty leafy around here in the Autumn! 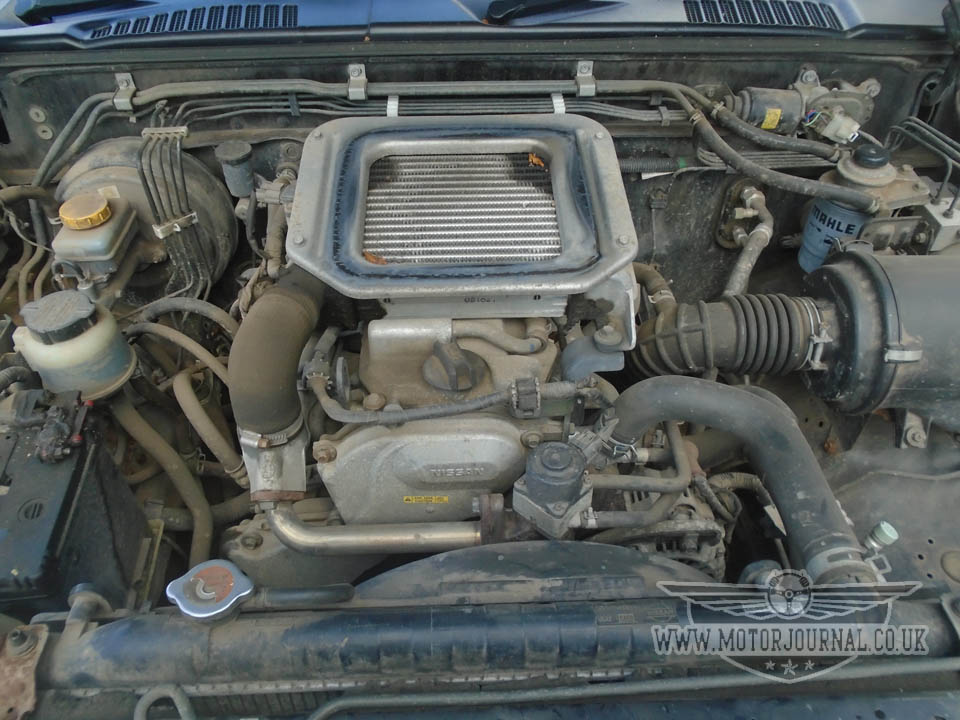 The engine probably isn't the quietest, or even the most refined diesel engine I've ever heard, but with 103,000+ miles on it it still seems to have plenty of go about it. It doesn't have a lot of service history with it either, but it has belonged to my mechanic friend for the last five or six years, and although it's pretty grubby under there he assures me that it's all A-ok! You may remember that he towed me home with it about a year ago when I bought that C-max, and broke down about ten miles after leaving the sellers house! As I remembered it pulled that thing quite well, and included in the purchase of my Navara was a towing frame, and the trailer board. Although I'm not quite sure how I'm going to tow myself home if I'm the one thats broken down! 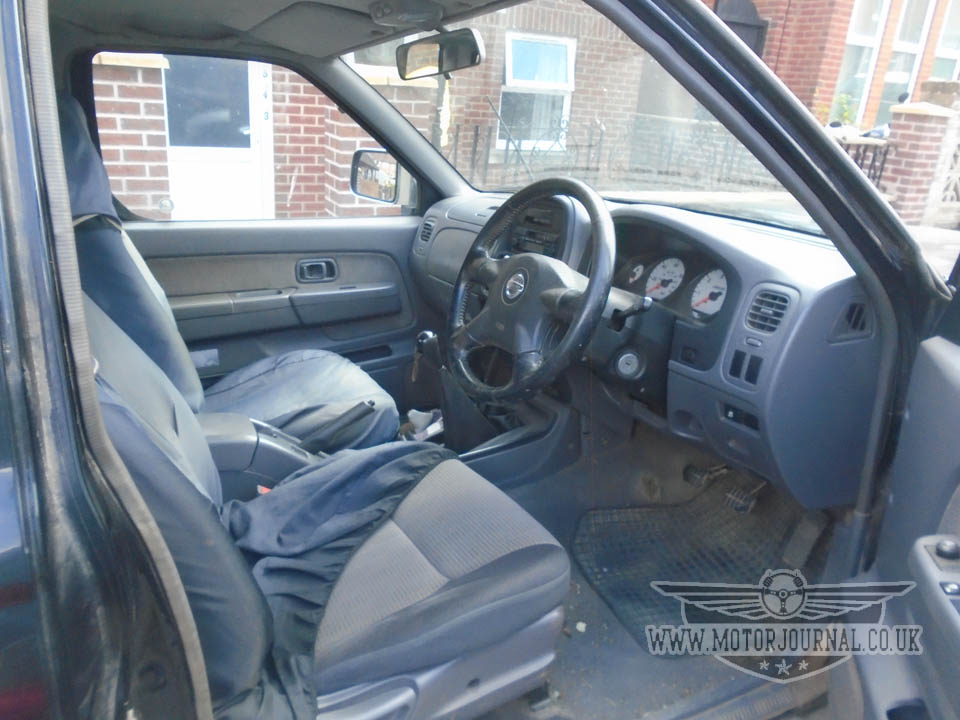 Inside the cab its very evident that it's been a work truck. It's grubby, and needs a good clean, but it all seems to work the drivers and passengers seats look pretty good, and I would say that they've probably had those covers on since it was quite new. I've not been too far in it just yet, but the seats do seem quite comfy. 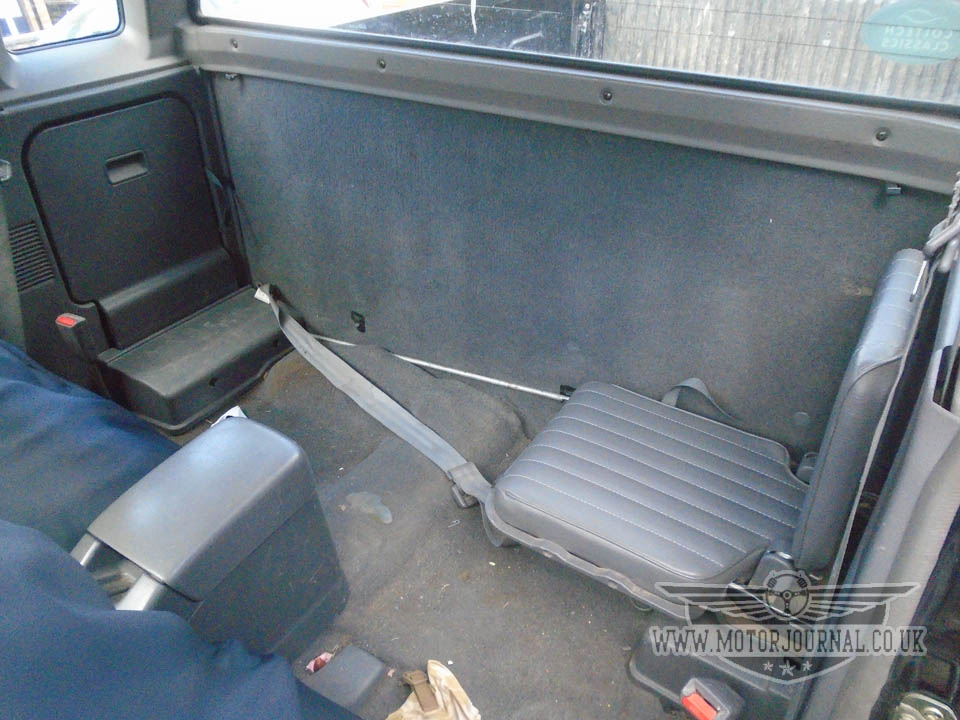 As my Navara is a King Cab it means that I've got two little fold down seats tucked behind the front seats. I'm pretty sure that my two little Monsters won't fancy a trans-European tour sat in thse little seats, but I doubt they'll complain too much on the school run! So I think they'll probably be fine. 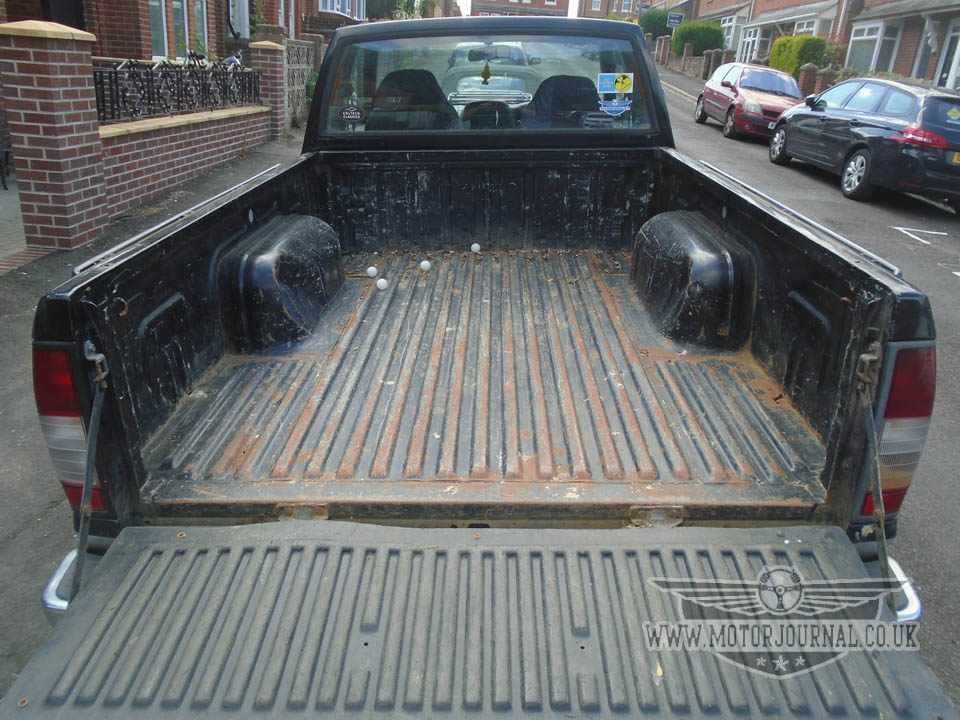 Being a King Cab the load area is pretty good too. Obviously not as good as a Single Cab, but way better than a Crew Cab. A plastic load liner might have been nice, but I guess beggars can't be choosers! But that will be one of the items I'll be keeping my eye out on fleabay for. 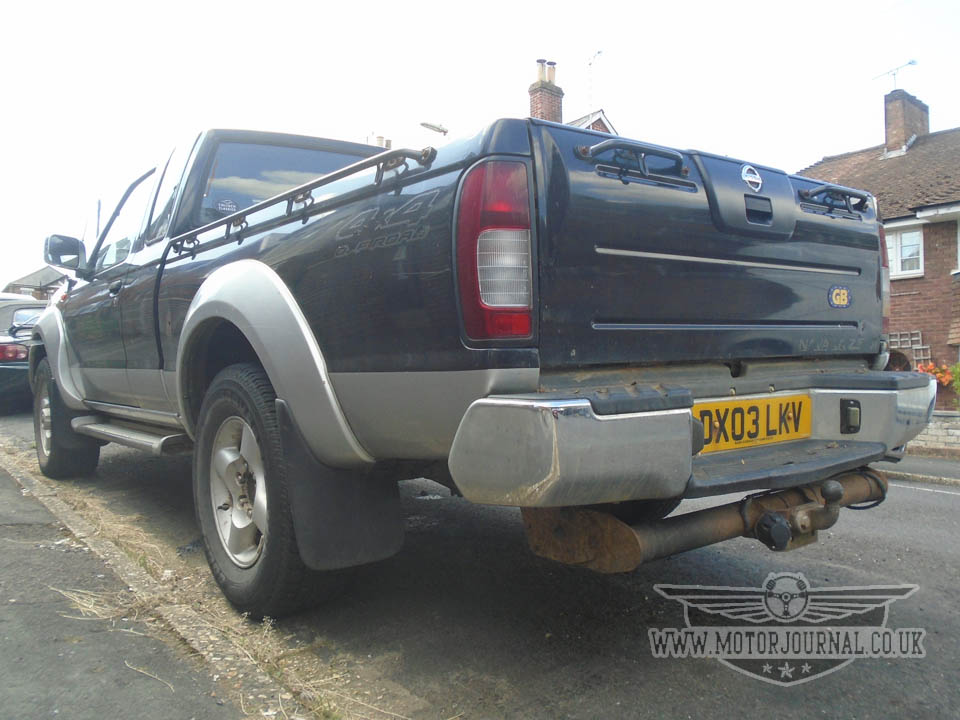 The bodywork really isn't bad. Don't get me wrong, it's not perfect like a new truck, but for a sixteen year old work truck it's really very nice. It has the odd mark and small dent, and one rust blister on the bed side thats actually turned into a small hole, but apart from that it's pretty good. Just needs a good scrub down really! 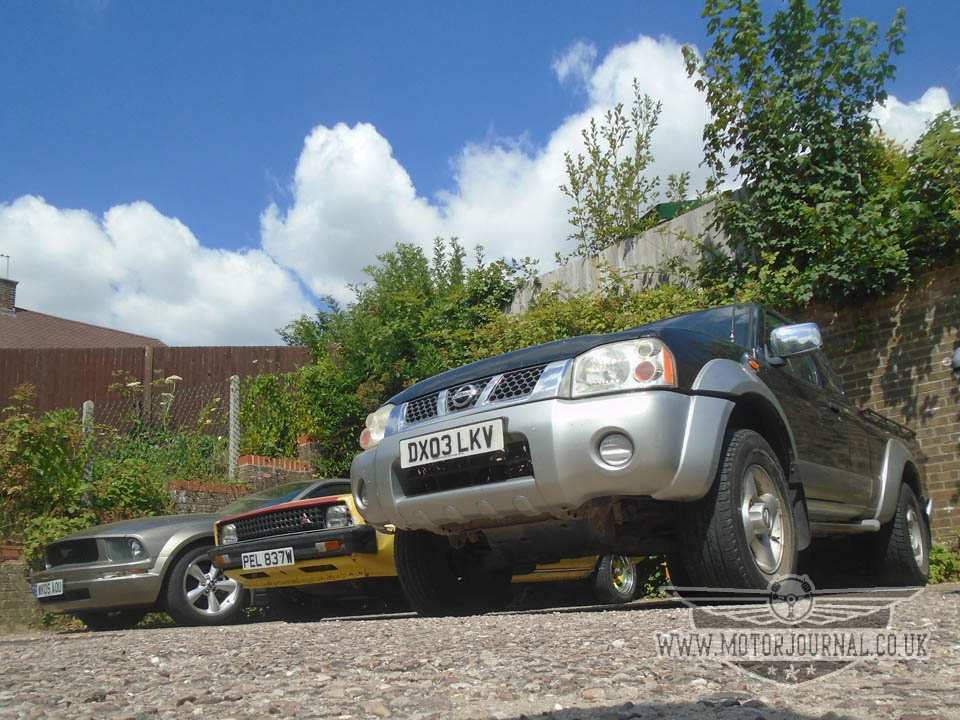 All in all I've got to say that I'm pretty happy with it. I remember being on site back when this shape Navara came out, and I really liked the look of it, especially the King Cab, and even now eighteen years after the facelifted version of the D22 series Navara came out I still think it's a nice looking truck. But currently, I'm not sure it's my favourite of all the pick ups I've had. I think it's certainly more agricultural than the Chevrolet, Mitsubishi, and Ford that preceeded it in my automotive back catalogue. But maybe thats OK, they were all Crew Cabs, and perhaps the King Cab was designed more with work in mind. I dunno, maybe it'll grow on me a bit more, but only time will tell. What I can say is that I'm very pleased to once again have a pick up in my fleet, but where do I go from here? Well, before I go too far, like pretty much every pick up I've ever bought, it needs a jolly good clean. Especailly inside as it's quite dusty, and lets just say it's got the aroma of a fella thats been working hard all day inside... 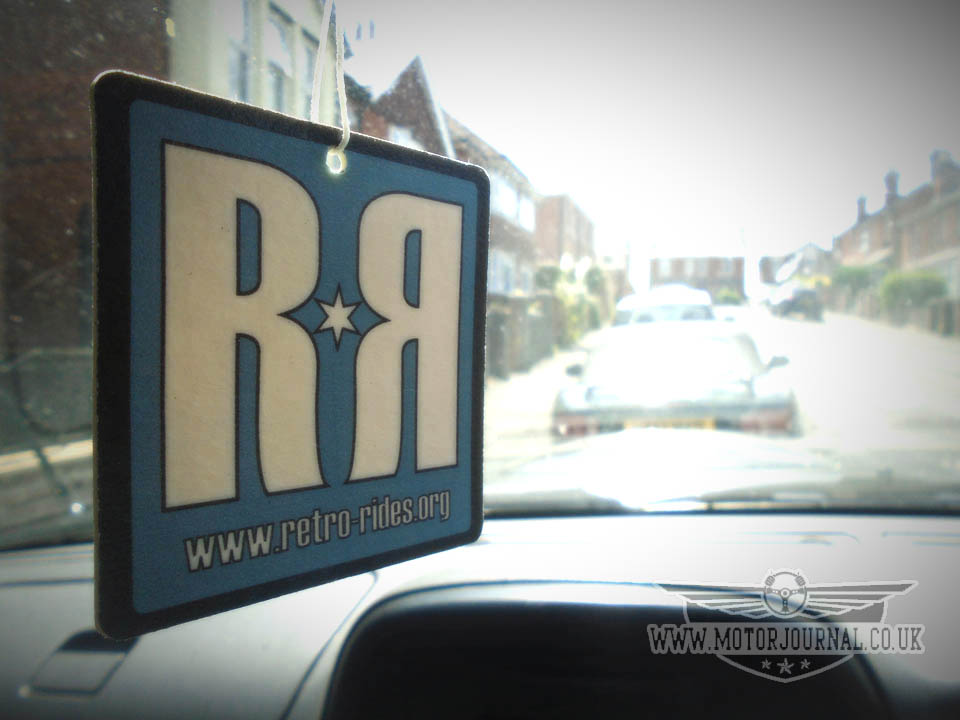 Although, with the addition of my new air freshener perhaps when I get in it to do the school run in the morning it'll smell just that little bit sweeter!