June 10, 2019
Bodywork was doing my head in, it wasn't so much that it was hard, it was more that it seemed to be never ending! I would think that it was good enough, then M.R. would come along and cast his professional eye on it, and point out areas that needed to be better. He knew what he was doing, and I knew he was right. I had no idea just how much preparation went into painting a car. Of course, some of the problem was that I didn't really know what I was doing, and some of the problem was that if you buy a low budget body, then there would be plenty to do to it to make it look like a high budget body. I'm not saying that the bodywork was bad, but I think this is very much a case of you get what you pay for. 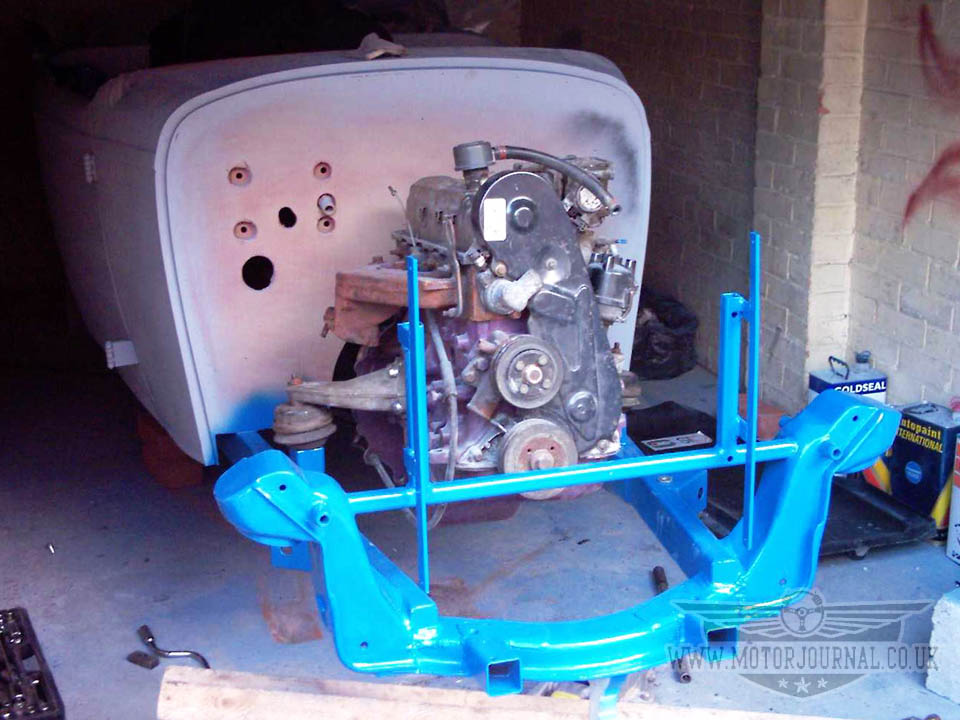 I wanted to take a break, I wanted to just close the doors and say stuff it, I'm done! But I also knew that taking a break might mean that the momentum was lost, and actually I would be done! I knew that once momentum was lost, getting back into it would be extremely hard. We decided that as the brake and suspension parts were now all sitting around in the garage it would be better to put them on the Hot Rod. Besides, it had now been up on axle stands for the best part of six months! With an immoveable car in a tiny garage it makes it hard to keep the garage clean, added to that, parts were starting to pile up in the back, and in all honesty, putting them on the car would give me more space. Plus, boost my mood a little as it would start to resemble a car again.

I had ordered the wheels from a local car shop to me called South Coast Wheels. The guy who owned the shop was extremely helpful to me when I explained what I was doing, and what I wanted it to look like. Little more than a week after ordering the wheels he called me up to let me know they were ready for collection. He had tyres put on them for me and before long I had collected them, and was  heading back to my garage with four very expensive pieces of the puzzle. Upon seeing the wheels, I think that this was one of the first times when my friends told me I was doing it wrong... 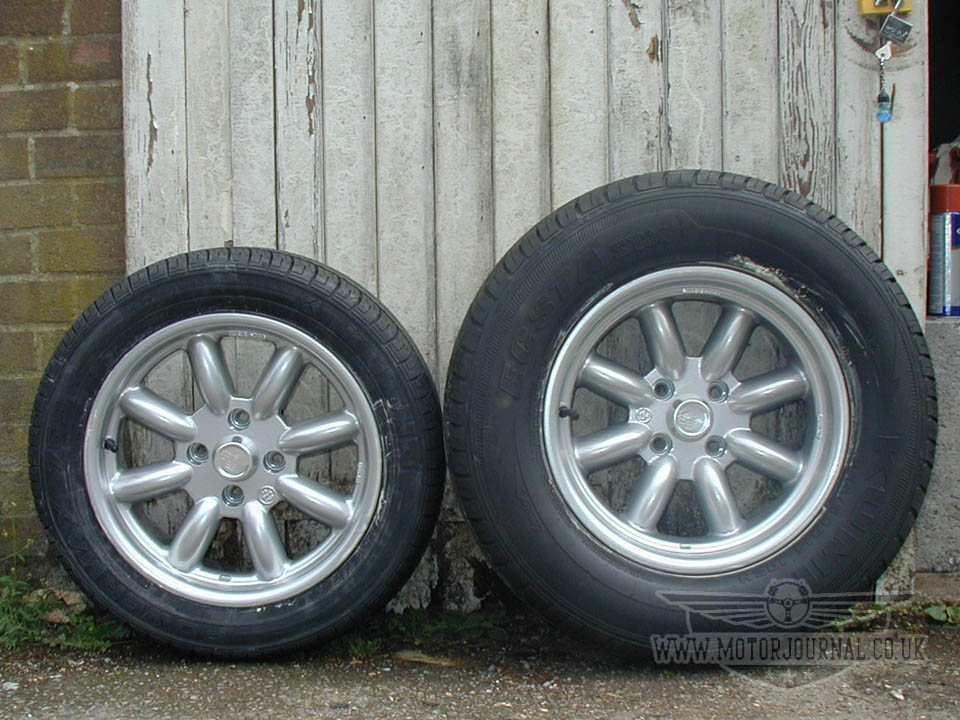 I know what you're thinking, Minilites are an odd wheel choice for a Hot Rod. You're probably right, I'm pretty sure that was what most people thought. But for me they weren't. They weren't what I actually wanted either, what I wanted was some big white steel eight spokes, with the spokes on the face of the wheel, sort of like the wheels on a Bugatti Type 55. But there was nothing like that available at the time. Most people thought that the wheels I should've fitted were either a steel smoothie, with chrome hubcaps and beauty rings. Or American Racing Wheels Torque thrusts, or maybe a Cragar S/S. But those wheels, as much as they appeal to me, didn't fit with what I had in mind. You see most people when they build their Hot Rods look to American Hot Rods of the '40's, '50's, '60's for inspiration, and thats fine. They build their Hot Rod, and it follows a formula that makes it look straight out of '40's, '50's, '60's America. This is good, and it is a cool look. But for me, I wanted to build my Hot Rod to look like an English gentleman had built it in the '40's, '50's, '60's in England, therefore an American wheel wasn't the look I was after. 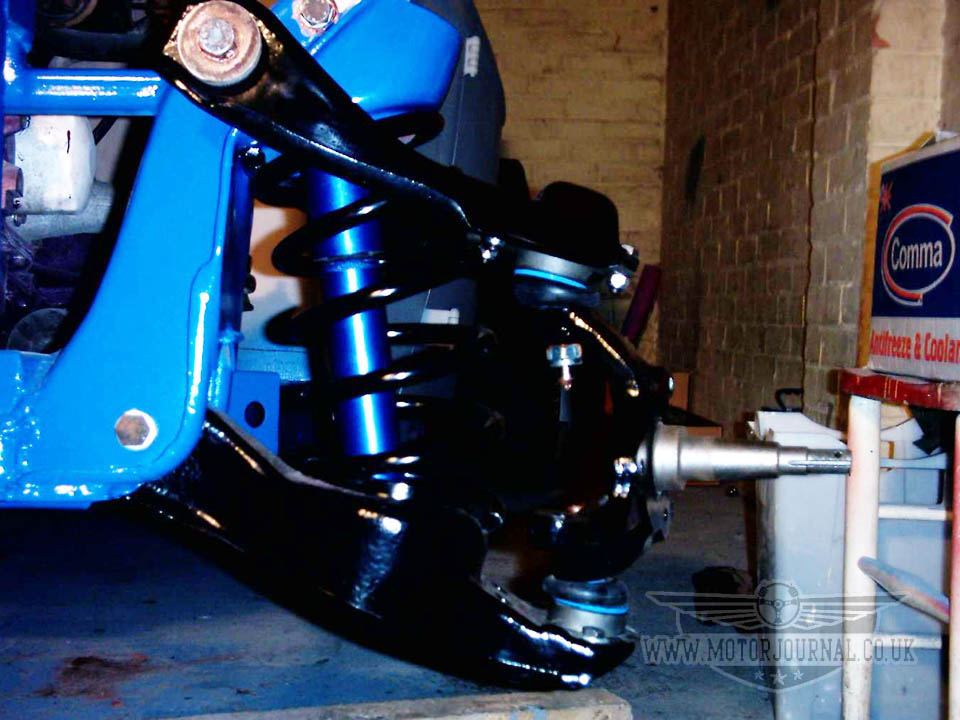 Back in my garage I started to assemble the new front suspension, and steering. Being either brand new, or re-furbished, and powdercoated, it went together very easily. It was actually quite nice to arrive at the garage clean, and then several hours later, leave the garage clean too! With all the nuts and bolts torqued down to their correct tightness, then checked and checked again, it was time for the finishing touch... 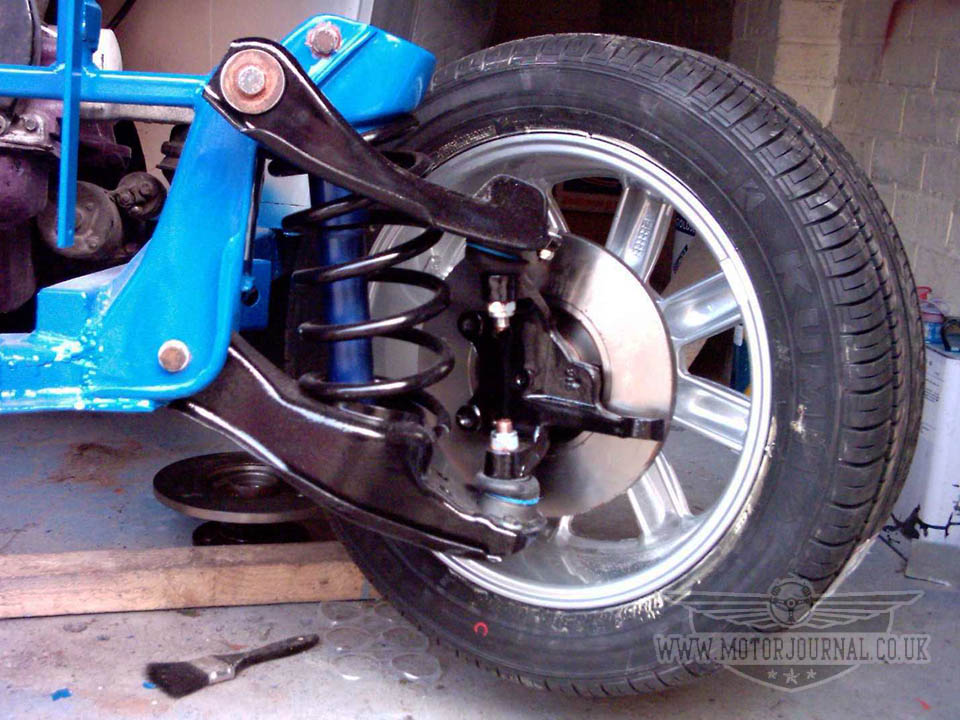 My new wheels. I must admit it did concern me what my friends thought a little bit, their doubt had put doubt in my tiny little mind and I wondered if they were going to look alright on my little Hot Rod. I worried a little that I had spent more than my months wages on a set of wheels and tyres that like everyone said, weren't right for a Hot Rod. Well, it was too late now, so I put them on. 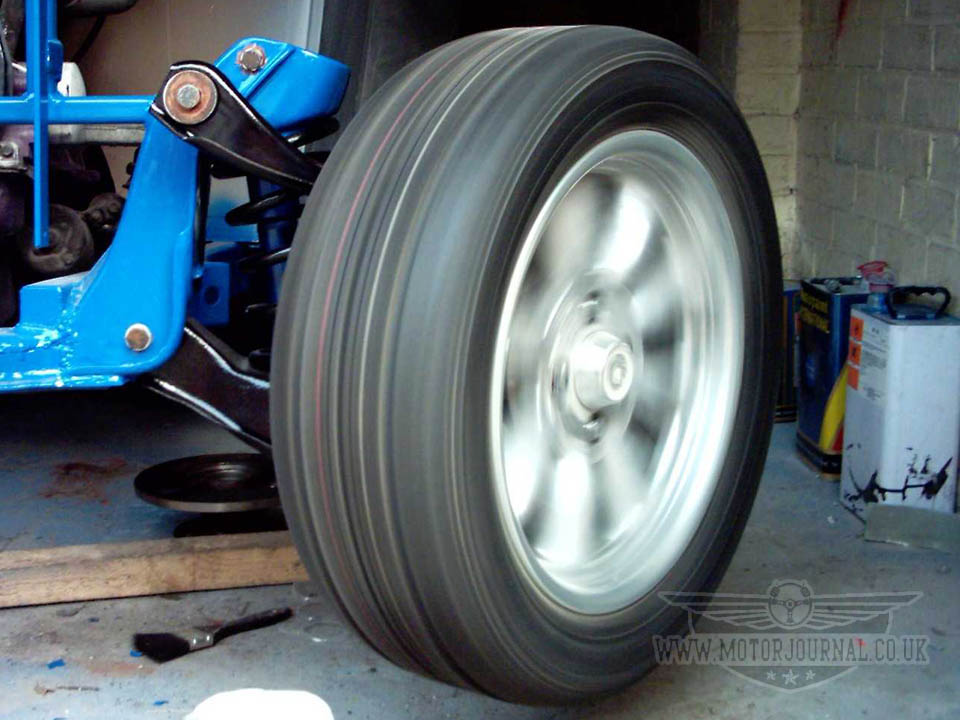 Standing back and looking at it I thought to myself that I liked it. I also then thought that it didn't really matter what anyone else thought, it was my car, my ideas, and it should be done my way, and as long as I liked it then that was fine, even if when it was done it looked a right pigs ear. If it was how I wanted it, and I liked it, then it would be fine. Those who thought it wasn't right, could just go and build their own in their own way! I put all the wheels on, and then for the first time in months I lowered my Hot Rod off the axle stands and on to its wheels. Just seeing it back on the ground made a massive difference to my mojo, I almost felt refreshed and ready to go again! I put the axle stands to one side, and decided to push the Hot Rod out into the alley. 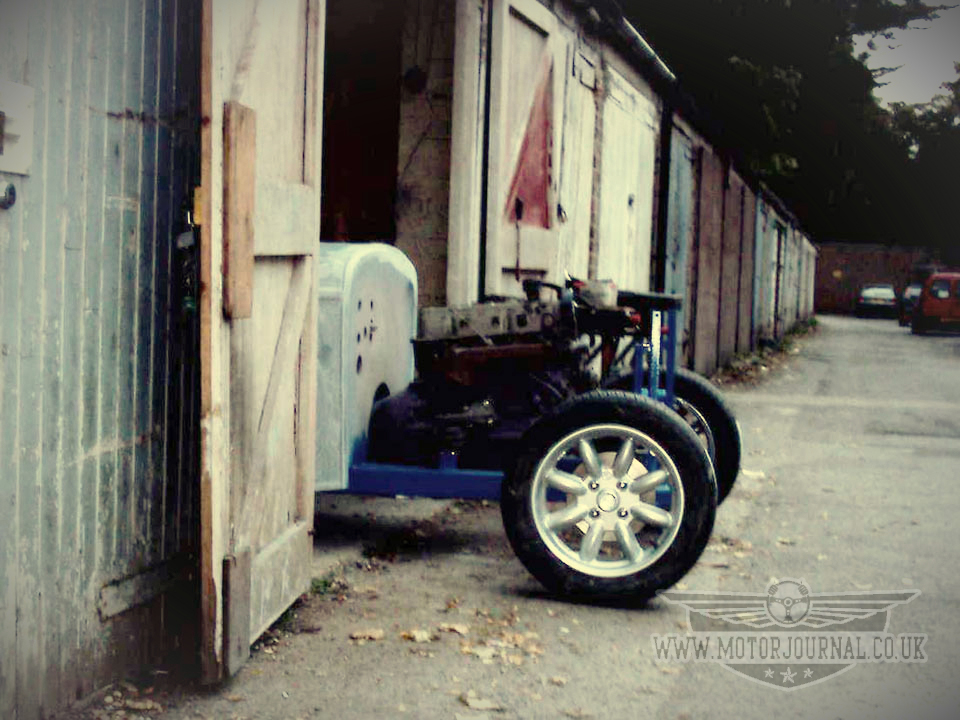 Just as I did that M.R. came wandering around the corner, he stopped, took a sip of his beer, and said, "Interesting wheel choice... I like that!" Good, I said, that makes two of us! The rest of the evening was taken up by us sweeping out the garage, cleaning up, de-cluttering, putting everything away, and filling the bins behind the shops with our rubbish! By the time we pushed the Hot Rod back inside, the garage looked clean, and clutter free. The difference this made to how I was feeling a couple of days before was incredible. I was ready to go again... Bring on the bodywork!