April 01, 2019
What have I done? I really am lost for words over this one. I have no idea why I've got this thing, except to say that curiosity has got the better of me. 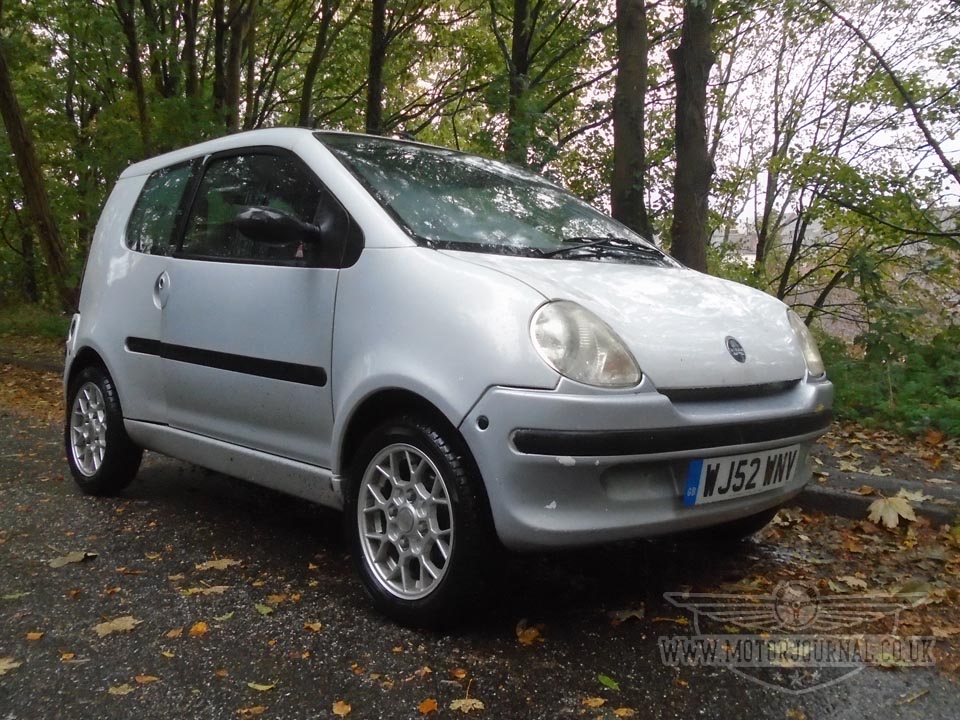 I've never been a fan of small cars, and this is by far the smallest car that I've ever driven, with the exception of a dodgem! In all honesty I think that maybe a dodgem would be safer, not to mention cooler to drive! Actually scrub that, oddly I do think that this little thing is cool. But what is it? Well, it's probably a step up from the Invacar which was a small single-seater vehicle designed for use by disabled drivers, and distributed for free by the government and leased to disabled drivers as part of their disability benefit. The only reason that I believe that this is a step up is because firstly, it's got a whole three more seats than the Invacar, and secondly it's not painted in Ministry Blue like every Invacar was! 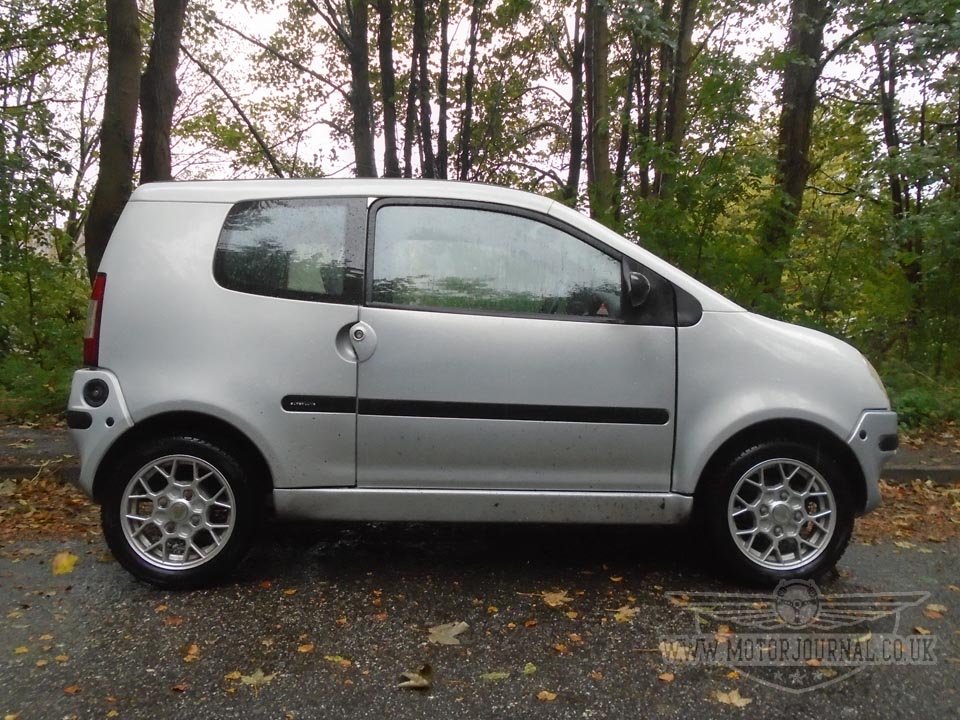 I will say one good thing for it though, although it's got four seats it is shorter than a Smart Fortwo, and where I live people like to park with about nine feet between their cars. The reason for this is I believe so that when their partners, friends, or whatever come round they can then open up a gap so that they can park. Meanwhile most evenings I am parking almost half a mile from home because all the on street parking bays are full, and usually someone has parked their car across the end of my drive so I can't even park on my own drive! I must admit that it infuriates me that the council seems to think that it's OK to paint a parking bay right across the piece of road in front of my drive. A point that I have taken up with them on more than one occasion only to be met by the answer, buy yourself a permit then you can park at the end of your drive! All well and good except that by the time I get home, that space has usually gone! Anyway, before I go into a full on Victor Medrew rant, I'll leave my pointless views about the council and their parking scam right there. But what I will say for the little Aixam is that no matter how badly the cars on my street are parked, I can always find a spot for it because it's so short I can just about back into the bay with the back tyres against the kerb and the nose pointing straight out! Happy days for me! 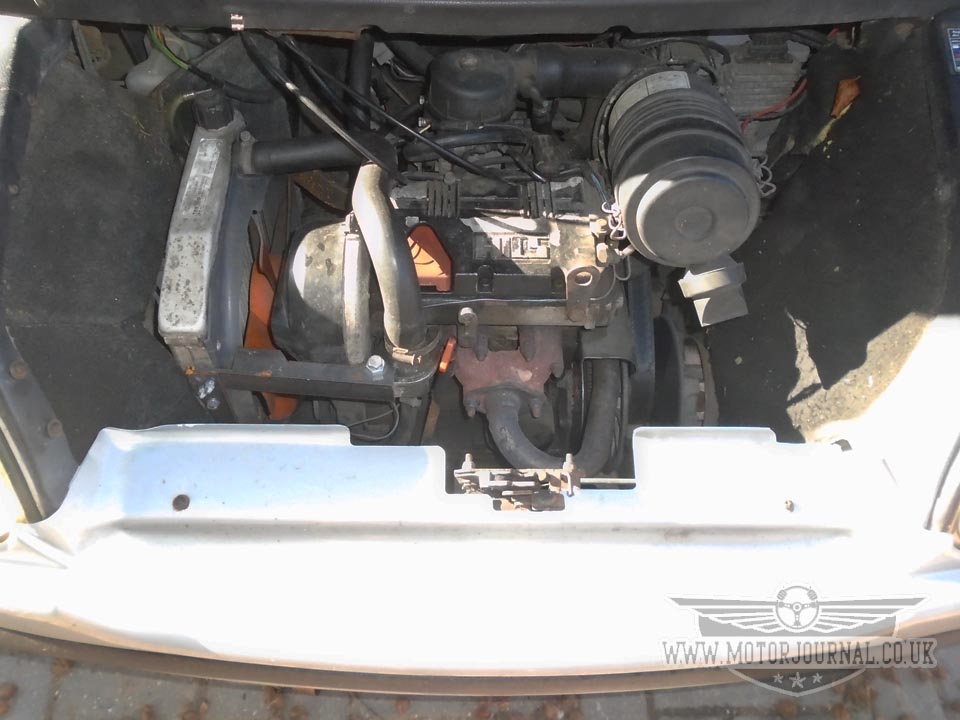 Under the bonnet lurks the mighty 500 cc petrol engine which usually calls a mini-digger home. Make no mistake, although the the Aixam weighs in at about 400 kgs, this is no powerhouse of a car. As some of you may know I got the Aixam as a bit of a swap for the Mini with one of my friends, well, actually a friend of a friend. However, when they collected the Mini on a cold and rainy night they didn't come in the Aixam, they came in a Volvo. This meant that I needed to then go to their house at some point to collect the Aixam myself, something that should've started alarm bells ringing, but didn't! They did however offer me a lift to come and collect it the following weekend, which stupidly I accepted, when what I should've done was get them to deliver it, and offer to run them back home again. Never mind, you live and learn! Anyway,  picking it up in Newbury, and driving it back to Winchester along the A34 was nothing short of terrifying! I don't think I've ever felt so vulnerable in a car. I'm not sure what flat out is, although the seller told me that he would regularly drive it at 70mph without any trouble. But for me I felt that going much over 50mph and it is screaming like a banshee! As I drove along the A34 even small cars felt dangerously big against me, as for trucks and coaches, they blew me around as they passed me! Looking out of the side windows only to realise that you're sitting lower than the wheel arch of a lorry is not a great feeling, especially when you're driving a car with all the structural integrity of a Tupperware sandwich box! 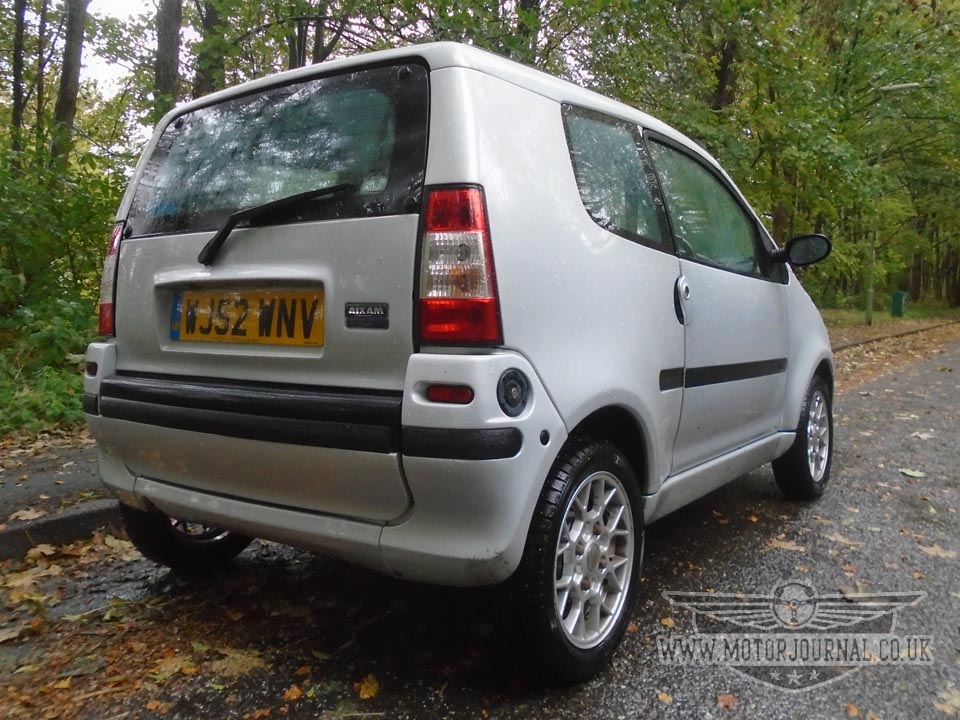 But then I guess a busy Motorway or 'A' road is not where a car like this is meant to be. My feeling is that just popping to the shops is probably what this does best, and I feel that for the most part I'll just be using it to run my two little monsters to school in the morning, and picking them up in the afternoon. A task that quite frankly it should excel at! 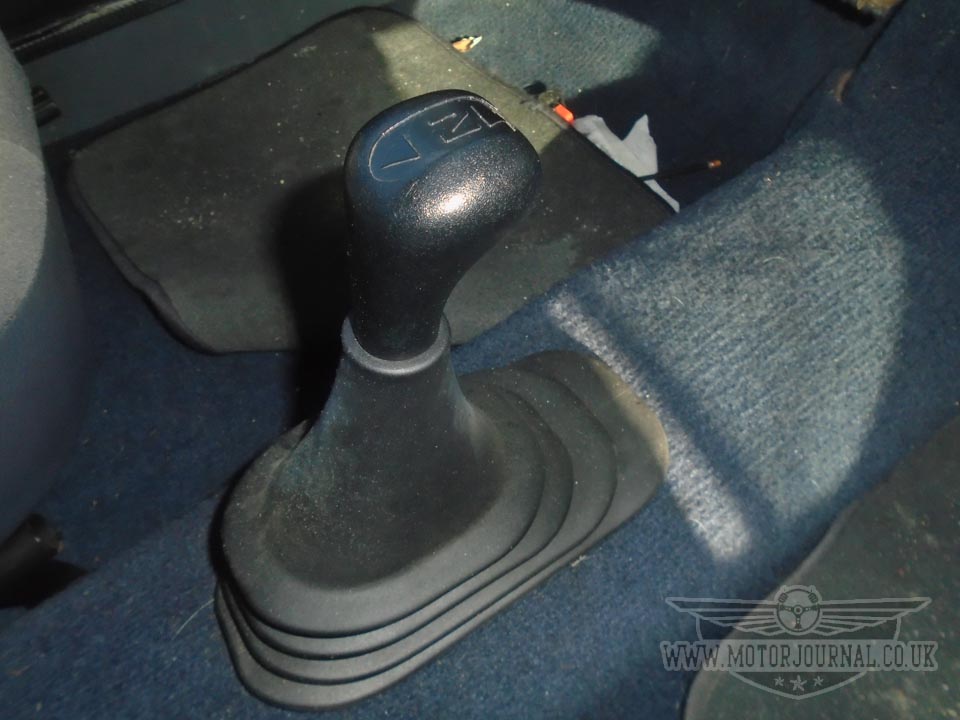 Another thing that I am struggling to come to terms with is the gearbox. I've never owned a car with a Continuously Variable type Transmission, and for some reason I can't get my head around driving with that gear lever. It's stupid because it must be the most simple thing ever, but my head just doesn't get it. It has three positions Nuetral which is in the middle, then push it forwards and the car goes forwards, pull it backwards and the car goes backwards! There's no clutch or anything else to worry about, it really is that simple. Except my head wants me to grab the gear lever and change gear as I go along, which obviously you can't do! It's ridiculous because I drive manual cars OK, and I drive automatic cars OK. I even sometimes drive a manual car to get my automatic car out, and once in the auto I never find myself reaching for the gear lever to change gear, but with this thing I constantly do! Hopefully before long I'll get the idea, and just push it forwards to get going and then leave the damn thing alone! Time will tell!

I'm really not sure how I feel about this junk yet, but one thing I do know is that it's quite an exclusive thing to drive. I mean I never see another one on the road when I'm out and about. But I want to like it, I want it to be fun to drive, and in my head it should be an absolute hoot around the town, but at the moment I feel that I'm having to concentrate too hard when I'm driving it to be enjoying it just yet. I don't know why, but it's not feeling intuitive to drive yet, whereas most cars just naturally do pretty much straight away! But we'll see how it goes, although I doubt it'll ever be a keeper, however it will hopefully become fun to drive as I get more used to it. 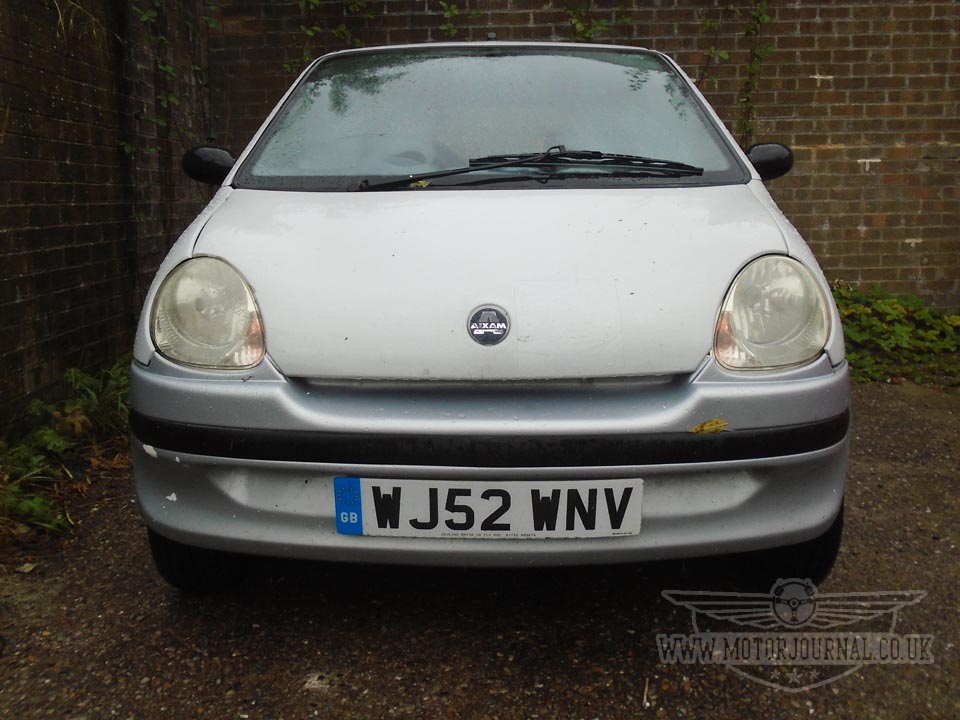 Who couldn't love this? It's such a happy looking little car... I reckon I must be starting to lose my mind!