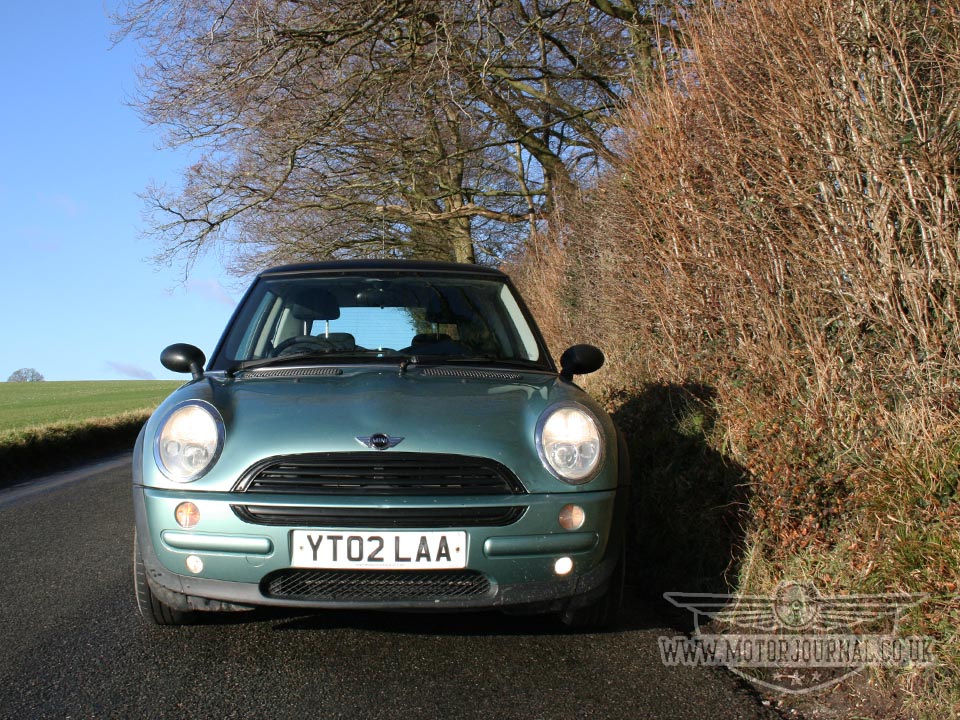 I thought I was, in fact as I didn't even touch it over Christmas I was sure that it was ready to go. But then today a friend of mine asked me if it was for sale yet? I said it probably will be soon. But then he asked if I would be prepared to swap it for a car that he has. So I asked him why, what was wrong with the car that he has. Well, apparently he bought a car for his daughter for Christmas, and upon seeing it she told him in no uncertain terms that there was no way she was going to drive that! He went on to say that his seventeen year old daughter wants a Mini Cooper, and nothing else will do! Which to me sounded just a lot ungrateful frankly. However he then told me what he had bought for her, and I must admit I did then look upon her demands in a slightly different light. He then told me what he paid for the thing, and showed me his winning bid. In all honesty if I could sell what he had bought it for then I'd probably do well out of swapping. The trouble is that what he's got I don't really have any desire to own. Having said that I'm not going to let you in to what it is, just in case I go for the swap. Even though I don't have any desire to own this thing, I will admit that it is quite a quirky little car, and would be quite unique in my automotive back catalogue. I dunno, I told him I'd think about it, and to do so I thought I'd take the Mini out for a bit of a blezz around! 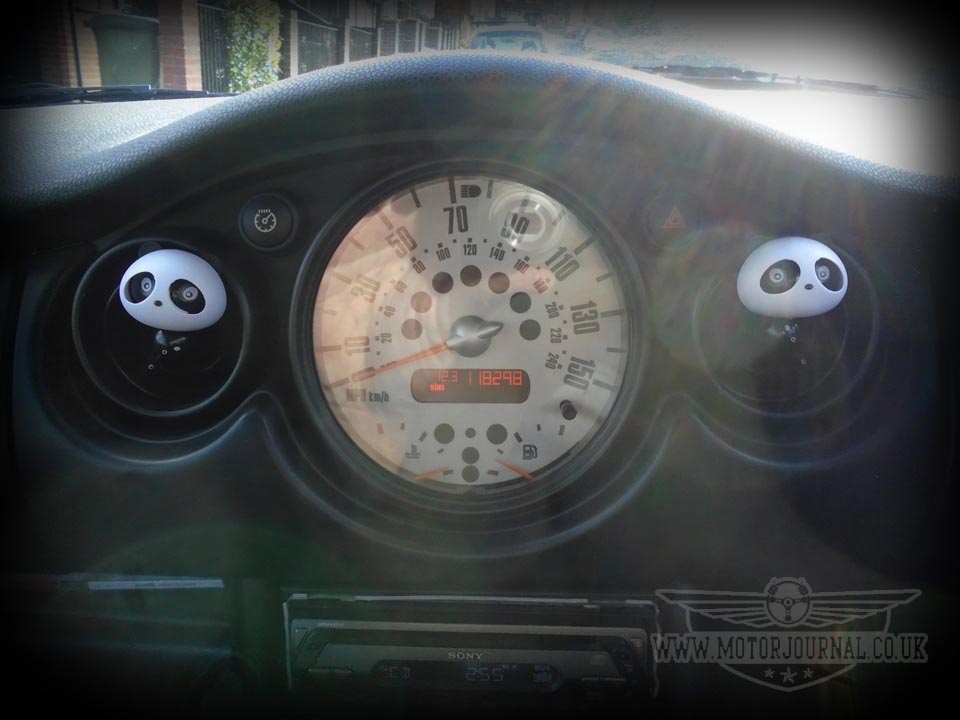 I got in, and just sitting there in the cockpit of the Mini does actually put a bit of a smile on my face. Clairadactyl scans the road ahead from her position on the dashboard, and my two Panda air fresheners fill the cockpit with the smell of freshly cut chemical pine... Lovely! I'm not quite sure why I need Panda shaped air fresheners clipped to the air vents, or for that matter where they even came from, but they're there now, and they're kinda funky, so they can stay for the time being at least. I gripped the chunky little steering wheel, and headed off to do the weekly shopping and other normally dull errands. 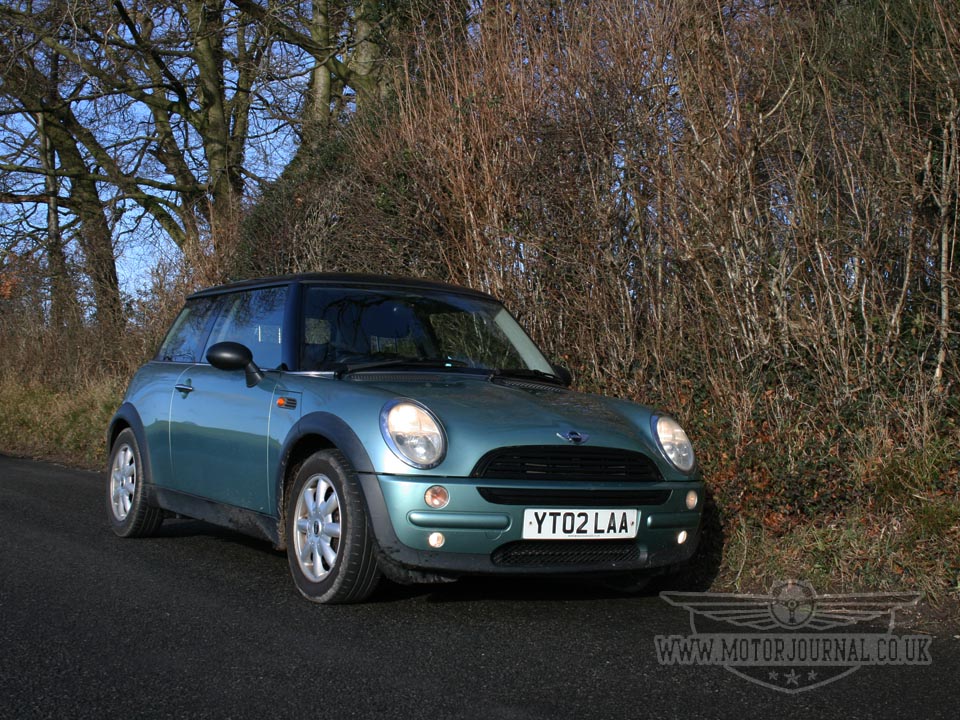 It was a beautiful day, the sun beat down, I had the radio on, I was driving. The trees went by, me and Del were singing, a little Runaway, I was flying! Del Shannon is good, I still can't believe that I got this CD as sort of a joke gift from my friend who thought he was being funny. The Jeff Lynne finished tracks are great, and show exactly what a good performer Del Shannon was. I really don't think I have ever heard Del sounding better than on this CD which for some reason was a bit of a shelf warmer even after his tragic death. The pain can be heard in his voice which at times is heart wrenching. It's kind of a shame that originally this record turned out to pretty much be his suicide note! I always kinda liked rock n roll, and frankly as I bimbled along the winding roads in the Mini this CD kind of got into me a little bit. Before too long I was at ASDA, loading my trolley with groceries, and still humming along to Del Shannon, shopping done, and my bank balance lightened, and it was back to the Mini. 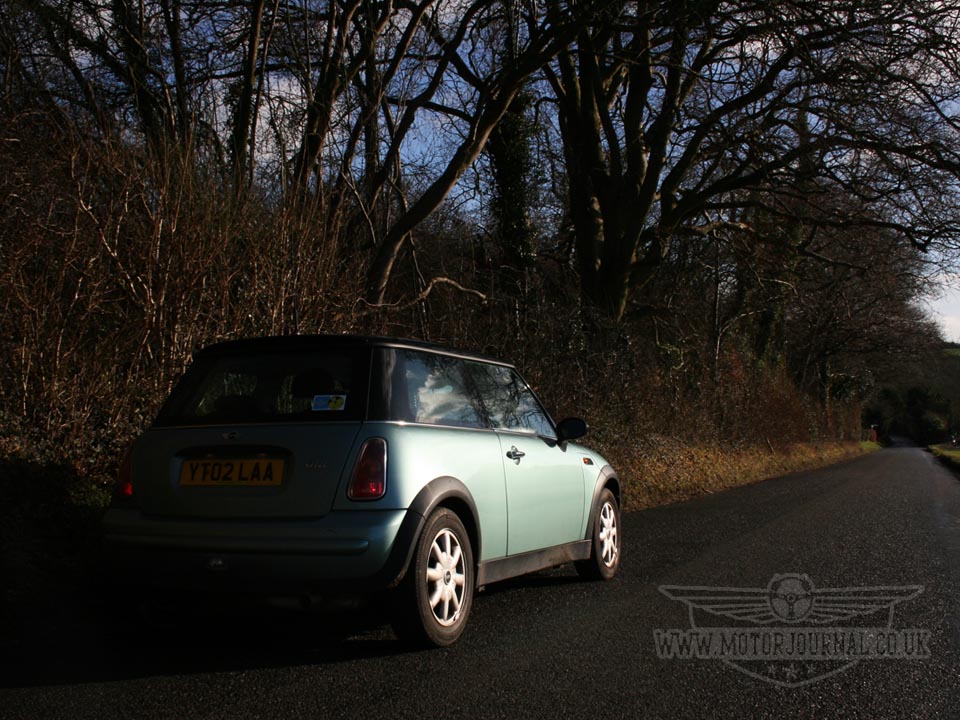 I jumped in, and I must say that when I do get to drive this thing I do find that I am quite eager to get going. It's not particularly fast, but it's quite responsive, and I find that driving it really is much more fun than it should be. I don't think that it's as much fun as driving the Street Ka, it's probably not even close, but it is fun. By the time I arrived back at BelongaClint I was still none the wiser, should I sell, or swap, or not? I don't know. I like it, it's fun, and I'm pretty sure I'm still not finished with it, but on the other hand I have the chance of an easy sale, or an easy swap for something I'm not particularly interested in, although I am curious about. I am quite confused, I think if it was just a case of selling the Mini for cash I would probably have jumped at that, well, maybe not so much jumped at it, but I would have probably been a bit more keen. But a swap with a car that I have never heard of before, have no knowledge of what so ever, and to be fair am not even sure I need to know about, well why would I want to go down that route? I must admit I am curious about it, but what worries me is curiosity killed the cat! I've told him that I need a week or so to think about it, as I'm not going to just jump into it straight away, I've also told him that if he comes up with the cash instead he will be far more likely to leave with the Mini. Time will tell, and perhaps I should drive his car before ruling it out completely. But in the meantime I'll have a week blezzing about in this thing while I'm thinking about what to do next!