October 09, 2018
Having sold Mrs Clints Honda CR-V the other week I have been trying very hard to convince her that the way forward for her, is to become the proud owner of a 2000 Daewoo Korando 4x4. But sadly she doesn't seem to be having any of it. Actually, I say sadly, but it's not that sad at all, because frankly, I've been having a right chuckle blezzing about in it! 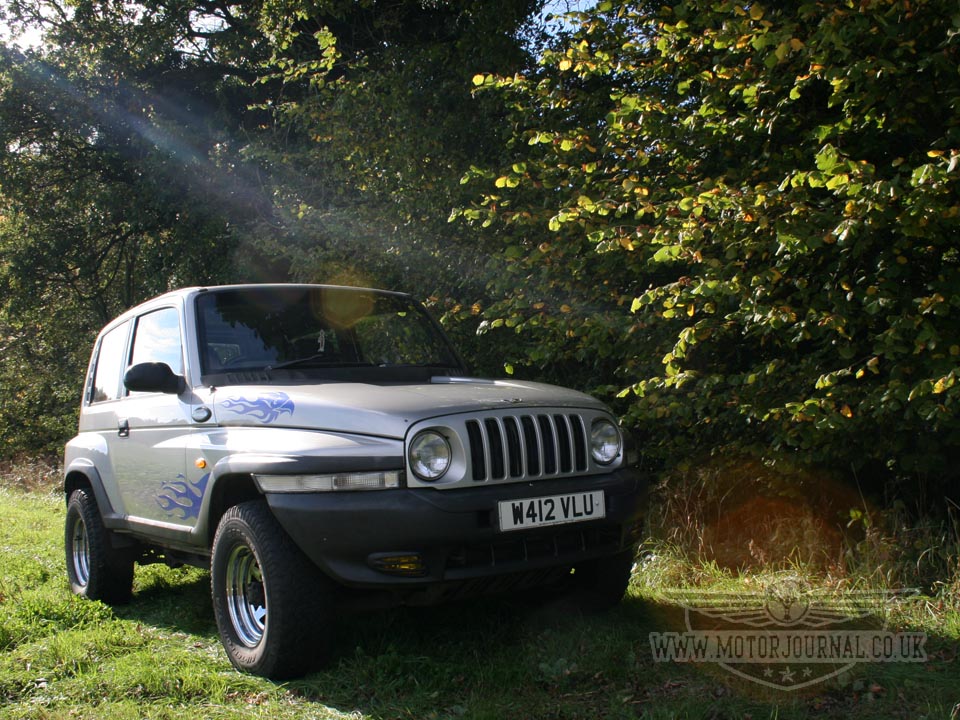 Today as I drove home I thought that I might take it for a little ride in the woods and collect some firewood. There's a little track that I've been passing for a while now, and every time I pass it I've found myself wondering where that leads to. I figured that there might be some large fallen branches along the track, and so this morning along with my sandwiches, I packed my chainsaw! It's not the biggest chainsaw in the world, but it makes short work of branches that are five or six inches thick. As I turned off the road my biggest worry was that I might get stuck, or run across an angry farmer, or worse than that, get stuck, and then run across an angry farmer. 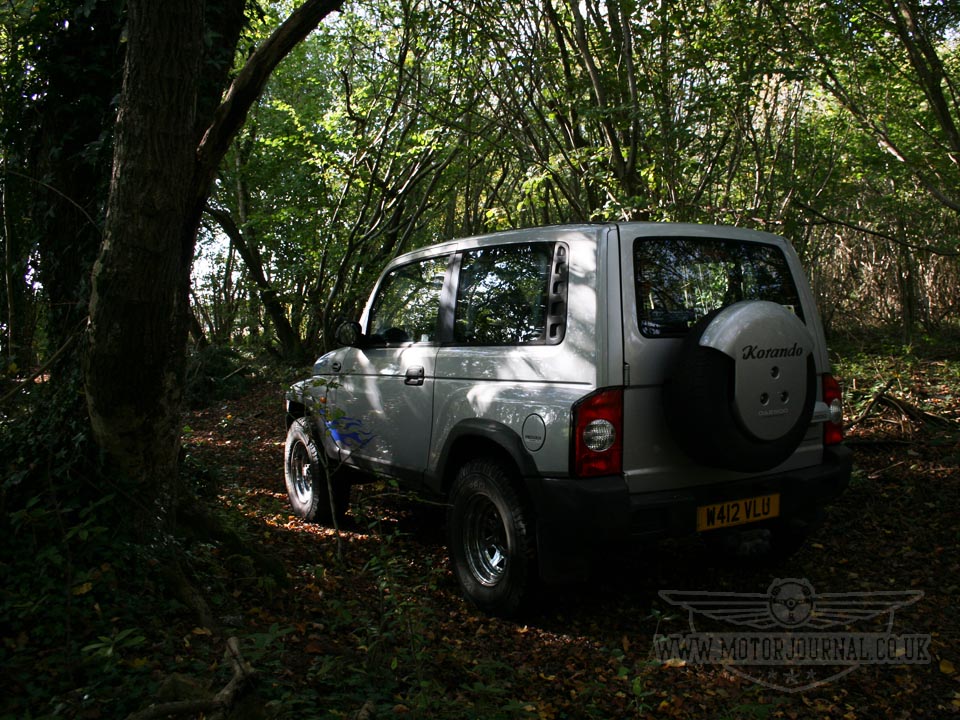 I'll be honest, I'm not some sort of off roading legend. Leafy, muddy tracks are fine, even if they're really leafy and muddy, but plunging my car into water that comes up to the windscreen is not my idea of fun. Having said that, I would be prepared to plunge it into water that covered the wheels, and in the past I have done exactly that. But today, there were a few deep puddles, but nothing deep enough to warrant waders! 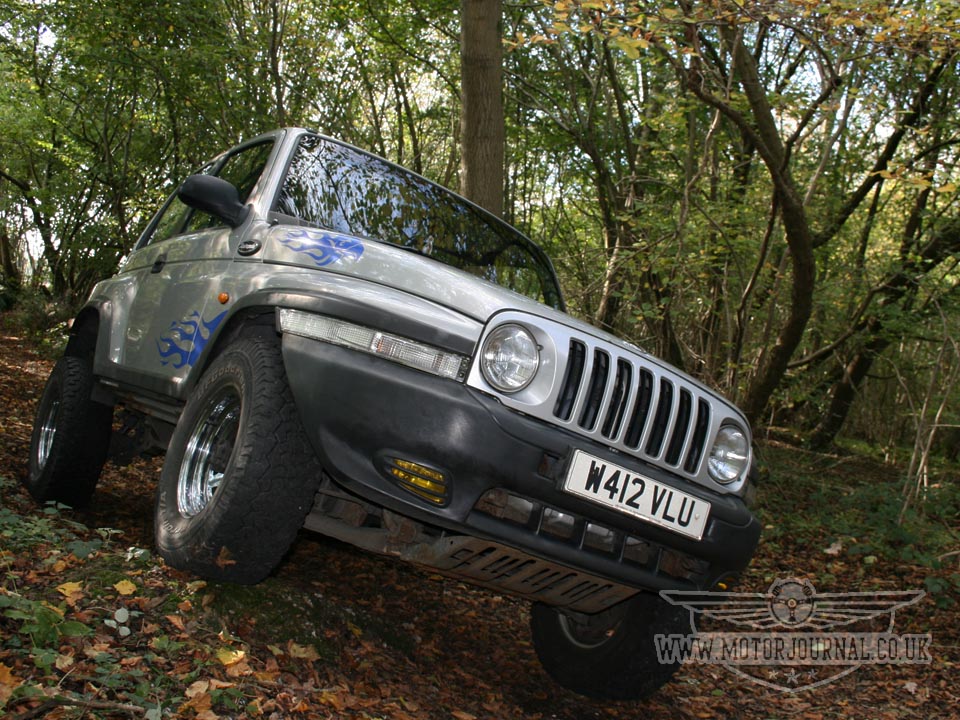 For the most part all I needed to deal with were a few little lumps and bumps along the track, some seemed quite steep, and on one or two occasions I wondered if the Daewoo might end up gently rolling onto it's side as I crawled along the leafy track. As I pressed on I found that the further along the track I went the narrower it became until I was pretty sure that it was a woodland path! 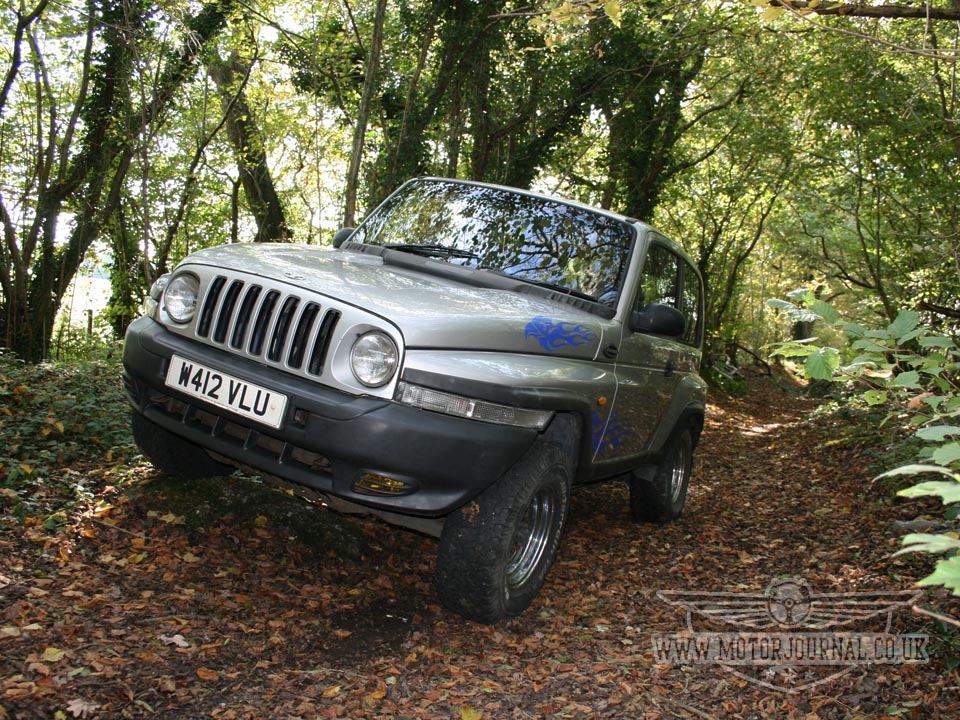 But the Daewoo wasn't fussed, and felt as sure footed as ever, even though in the cockpit I felt a little bit uneasy! I'm pretty sure that seasoned off-roaders would've laughed at my little adventure today, but it was new territory for me, and besides I was having quite a lot of fun driving through the woods. 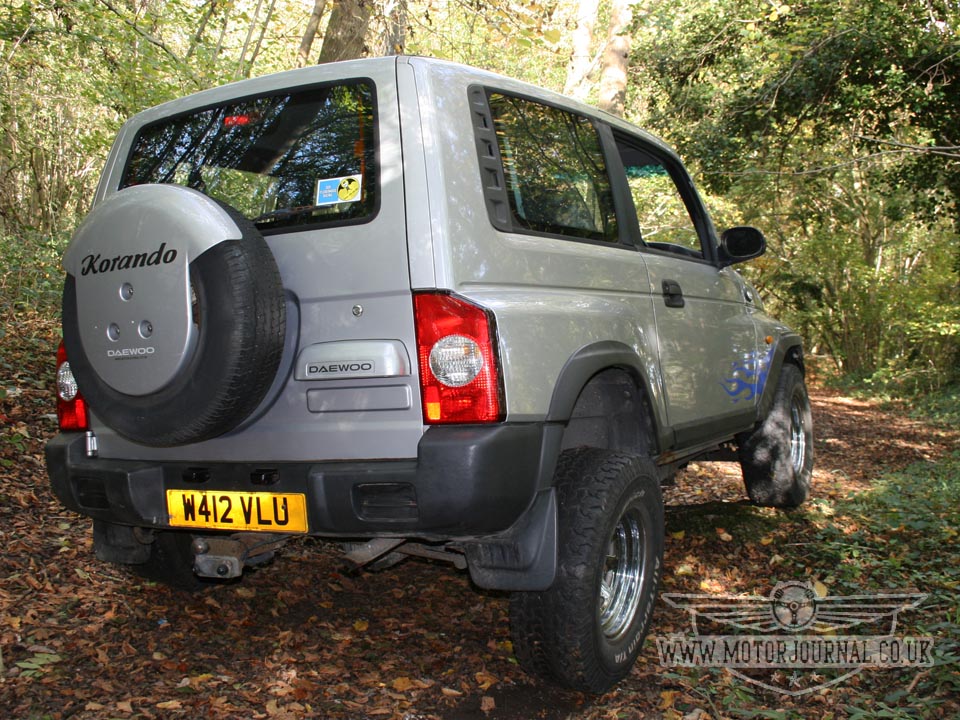 Before long I had reached the end of the path, or at least, as far along the path as I wanted to go as I didn't really want to drive along a path with at least a foot of the Daewoos bodywork on either side going through bushes! Besides which, I had reached a clearing with a fair amount of large fallen branches around the perimeter. I parked up, got out, and fired up my pocket chainsaw! With its 12" blade my little chainsaw is small and light, however, I've not started it for maybe a year, and getting that thing going was a proper little struggle. I pulled and pulled and pulled at the rip cord. I must've been pulling at it for ten minutes or so, then I realised that I'd forgotten to do something. I turned the petrol on, and pulled at the rip cord again! What an idiot, second pull and away it went. Let nobody say I havn't had any exercise this afternoon! About fifteen minutes later, and with the boot half filled with small logs I noticed a man coming towards me through the woods, he was waving his arms about trying to catch my attention. After the struggle I had to get the chainsaw going I was reluctant to shut it off, but I figured as long as I remembered to turn the petrol on again, it would probably start! Besides, I figured that the man coming towards me was probably an angry farmer who was going to ask me what I thought I was doing, and then tell me to clear off!

Sure enough, the first words from the little old fellas mouth were, what are you up to? I said I was just cutting up some fallen branches to take home and burn in my log burner. I then asked him if he was the farmer? He said that he wasn't, but he and his family were camping at the other end of the track (where it was too narrow for me) and that they are Gypsies. I asked him how he had got his caravan through such a narrow track. He laughed and said he didn't, about 500 yards down the track is the road, and he was parked just off the road in the field. He went on to say that the farmer knew they were there, and they were just in the area for a few days. Anyway, we had a little chat, and he seemed very interested in the Daewoo, and asked me if it was for sale? I said that it wasn't really, as I was trying to convince the wife that she needed it, but I was having no real luck in getting her to go for it. So then he tried to offer me money for it, and to be fair he offered me much more than I paid, and I should've just taken the money, but that would've left me in the middle of nowhere, far from home, and with my load of firewood and a chainsaw! So I turned him down again. So then he gave me his phone number, and told me that they would be in the area for just two more days, then they would be off back to Chesterfield where they normally live. If I wanted to sell in before he goes, then I should give him a ring! As I sit here this evening writing this my feeling is that I really should give him a call and see how serious he is about buying it, but the thing is, I quite like it myself! 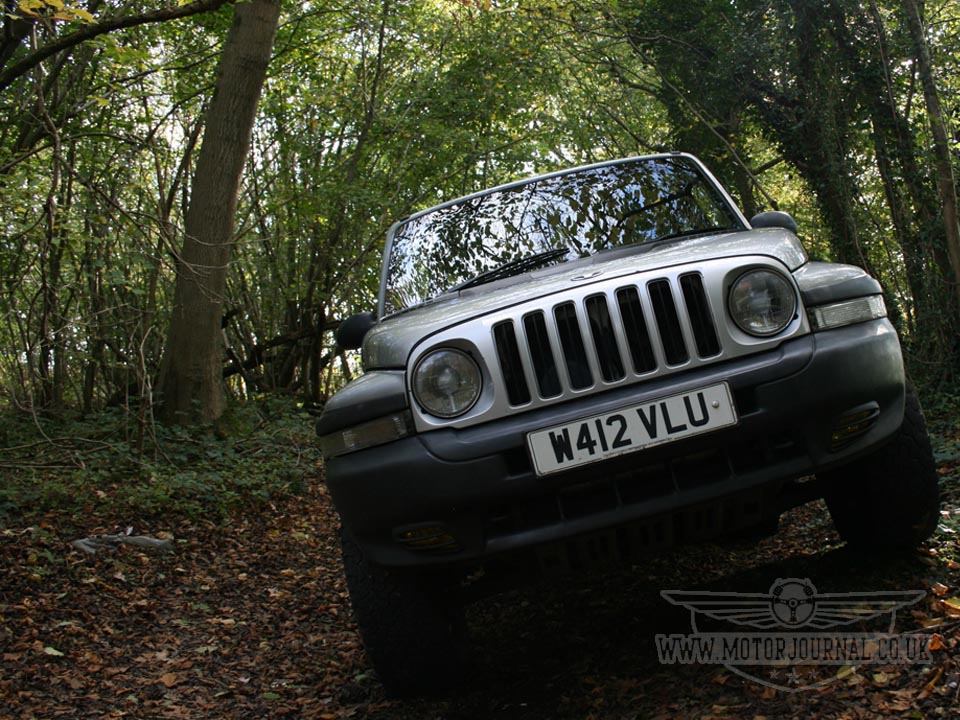 By my reckoning Mrs Clint is never going to come round to the idea that this will be her car, which is fine, foolish, but fine... I guess! But for me the Daewoo, and I can hardly believe I'm going to say this, is better than the Honda. Even looking at that statement written there it just looks wrong! But as capable as the Honda was, I doubt I could've got so many logs in the back of that thing. I'm also pretty sure I wouldn't have got the Honda as far along the track as the Daewoo went, the Honda doesn't have the ground clearance. My feeling is that I shall try for the next day of so to convince Mrs Clint to have the Daewoo, I don't really know why she won't, she drives it, and even says she likes driving it now. But, if not, then I might sell it to the Gypsy fella, although, before I do I may just see how serious my mechanic is about selling his Navara, and how much he wants for it. Of course, the only problem with that is that it puts me right back where I started. By having a pick up again I can see myself once more at everyones beck and call, picking stuff up and taking it here there and everywhere! I don't really want to be doing that again, but the lure of a pick up is strong, especially as I've already got a potential buyer for the Daewoo!