July 17, 2018
It has to be said that I am quite enjoying tooling around in the Daewoo, some might say that I am enjoying it a little too much. But I felt that it needed a little bit of tweaking to make it a little bit better than it already is. 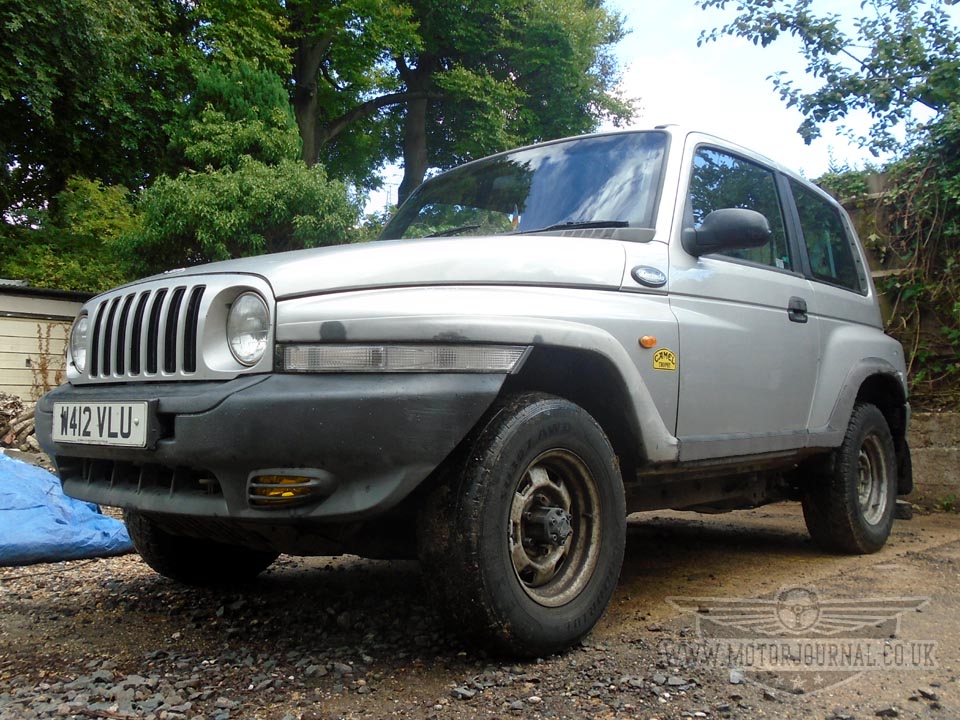 This tweaking as far as I was concerned would be limited to a new (secondhand) set of tyres to replace the borderline racing slicks it wears at the moment! 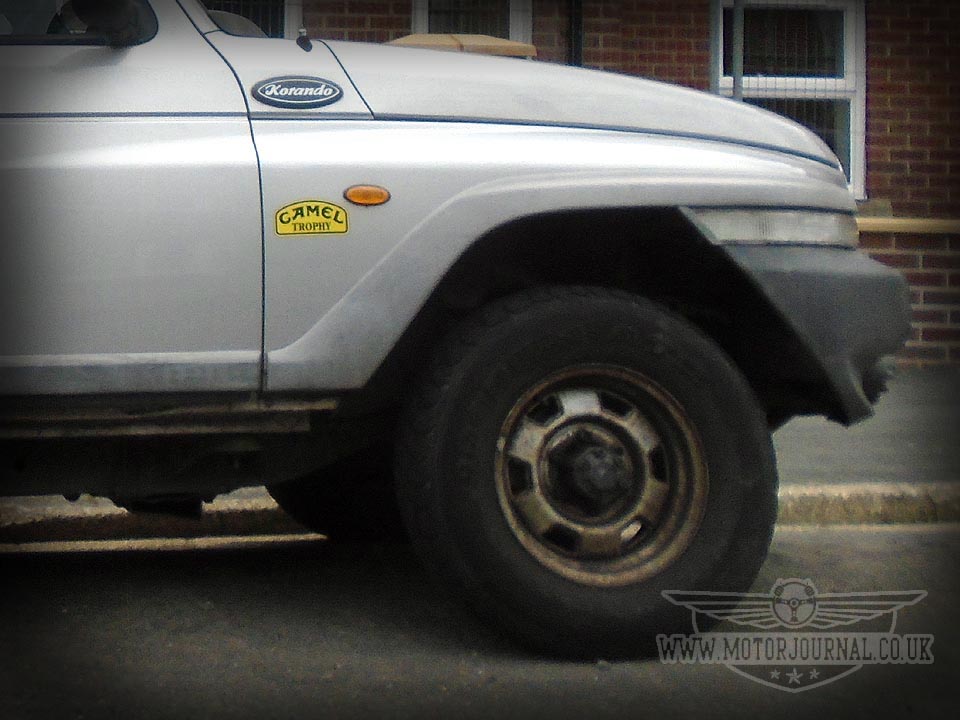 My feeling was that I might as well replace the wheels too, as frankly they're pretty rough looking, and although I can't believe I'm going to say this, they spoil the look of the whole car! With a wheel bolt pattern of 6x139.7 I thought that it shouldn't be too hard to find a set of wheels and tyres for it as that stud pattern pretty much covers every 4x4 pick up in the UK market. So with that thought in mind I headed off to the Bay of E! The plan was to find a set of wheels with good tyres as close as possible, and as cheap as possible! I'd been looking at wheels on 4x4's and I thought that some from a Vauxhall Frontera, or Mitsubishi L200 were going to fit the bill very nicely, but then... 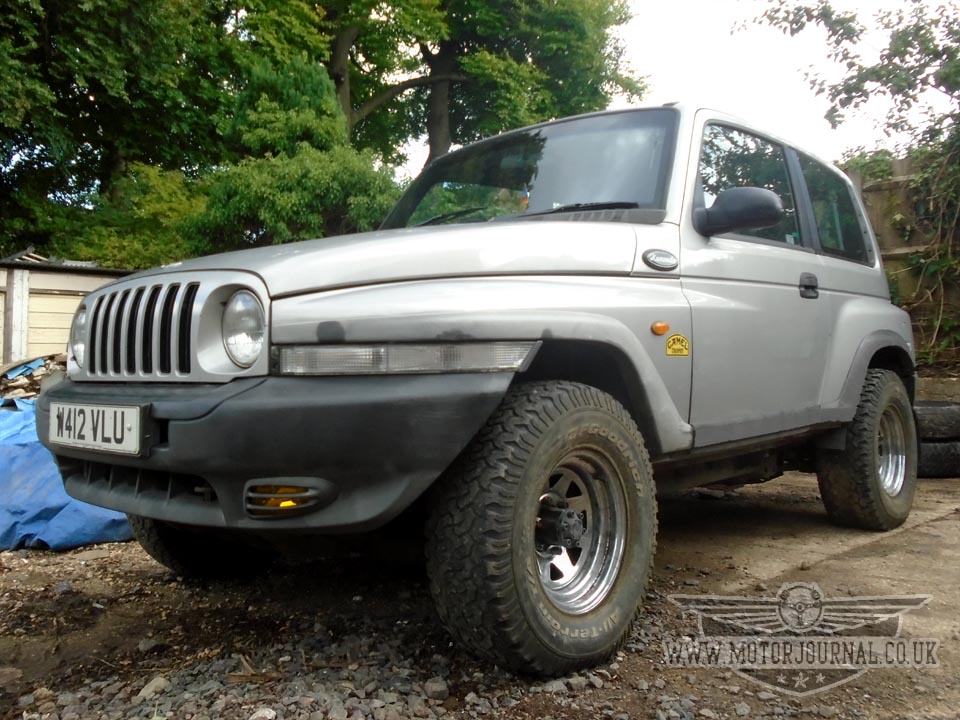 Just £27 later I was the proud owner of a set of chrome eight spokes from a Toyota Hi-Lux complete with BF Goodrich knobbly tyres! I sent the guy a message, and that evening I was on my way to Carshalton (where I bought the Daewoo from) to collect a set of wheels for it! The weekend came, and I, assisted by my nine year old daughter fitted the Hi-Lux wheels to the Korando. I'm always amazed when she helps me, under my direction she jacked it up, then I loosened the nuts off, and she took them completely off. Then I lifted the old wheels off and the new wheels on. Lastly she tightened the nuts back up, and I gave them the final pinch, and she dropped it back to terra firmer! I like to work with my daughters on stuff like this so that when they get a flat tyre or something when they learn to drive, they won't be sat on the side of the road waiting for some shite in whining armour to come and change it for them. With the wheels on the Daewoo my attention was turnd to the faded, sun damaged plastic trim on the bodywork. 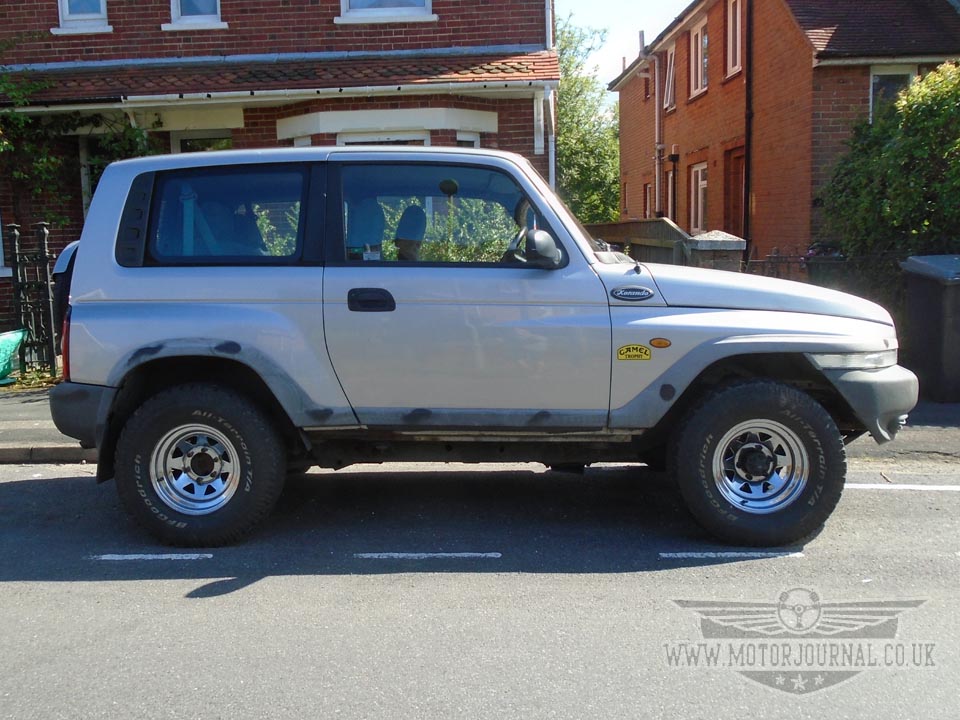 My friend, Paul had shown me a little trick to re-juvinate the plastics by giving it a quick wave over with the blow lamp. to ensure that I carried on and did the whole thing he then went around the whole car and put several dots on the trim. 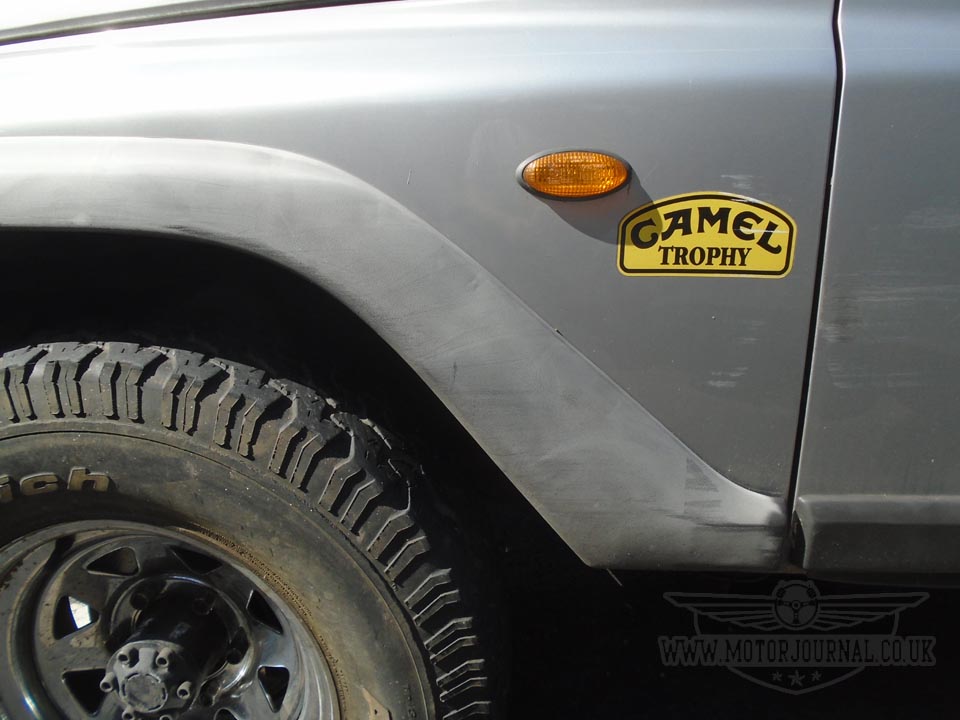 To be fair the plastic trim did look a little bit rubbish, so I figured that I might as well have a go. So out came my blowlamp, lit it, and started to wave it across the plastics. 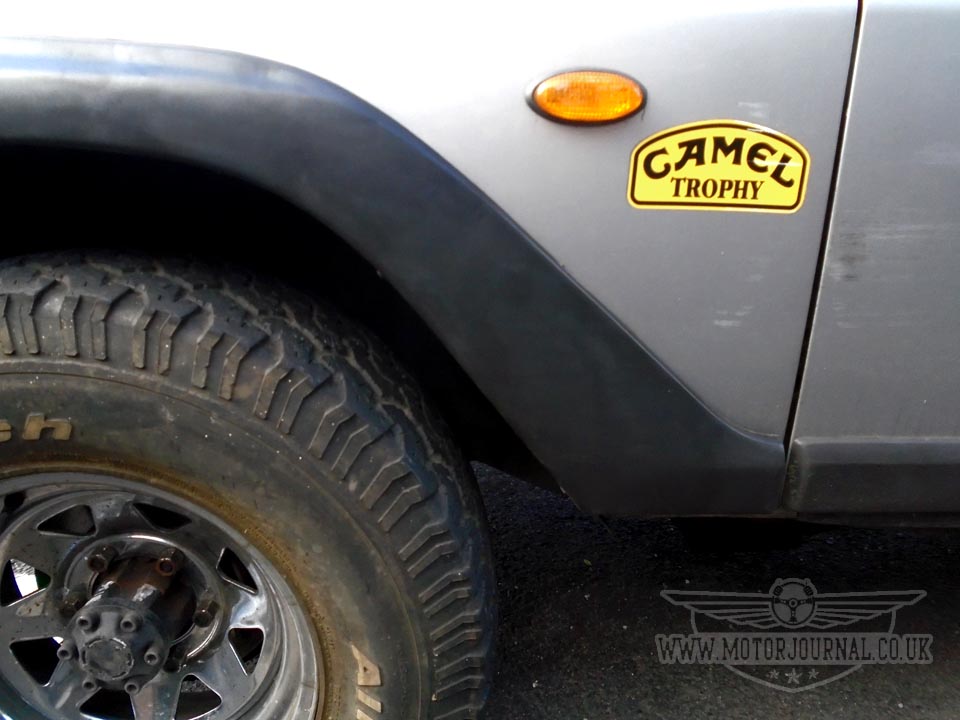 I'd never done this before, but man alive it was quick, really quick! I just waved it over the plastic as I walked around the car. The whole thing was done in about five minutes, and that included the bumpers! It really was pretty much an instant transformation! 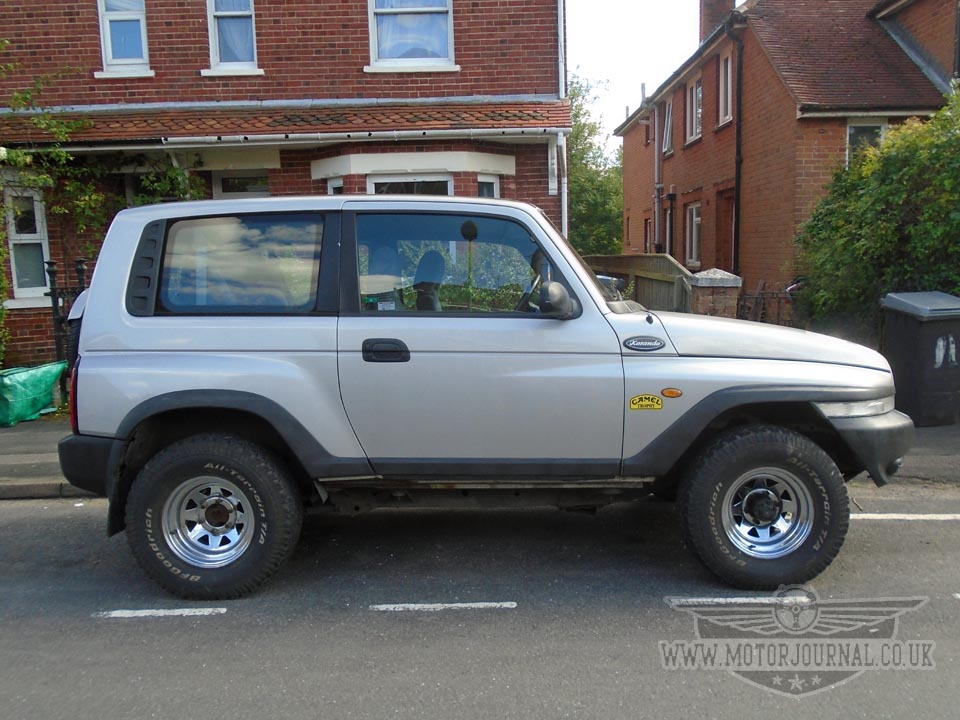 With that done I gave it a good going over with Armor All to try and prolong its new found sheen. I thought it looked pretty good, but that wasn't the end of my tweaking. I've never liked those Camel Trophy stickers on the wings, so they had to go. Being a warm day I figured that they would peel off as easy as anything. Well thats what I figured, but in reality they all tore into little pieces as I tried to remove them, and once I'd got all the vinyl off, it still left a sticky gluey residue to remove! Oh how I laughed... Briefly! But out with the WD-40, and a good a good rub with a clean rag that would've produced a Genie if this was a tarnished oil lamp, and the wings were clean! But even this wasn't the end of my tweaking! There was one final touch to add.

Many moons ago my littlest monster came across a photograph of my first Mitsubishi Celeste (the one in Episode 89), with its green flame paint job. Ever since then she has been on at me to put flames on something, and I have always said that at some point we'd get something cheap, and put flames on it. Well, short of wrapping the Daewoo around a tree I doubt that there's anything I can do to it that will devalue it. Infact I got it so cheap that even if I sold to to an auto breaking company I'd end up winning! Add to that I still have way over half a tank of fuel in it from the previous owner! Honestly I can't see how I can lose!

So, while I was on ebay trying to find wheels for it, £23.98 later I had me some flame type graphics! 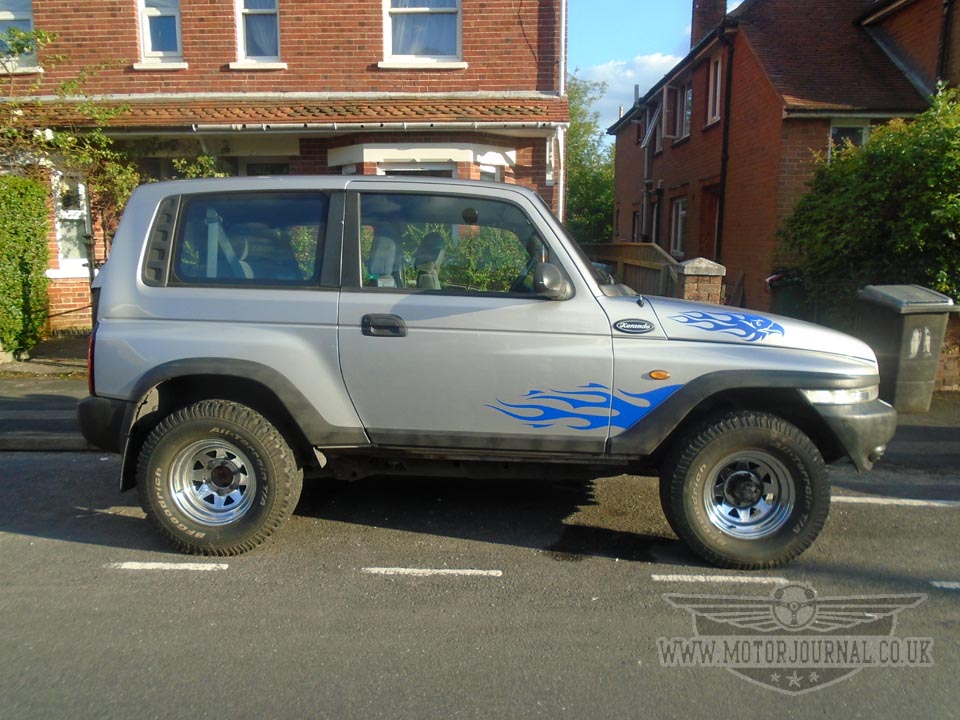 YES!! Now that is awesome!! Well, it is if you happen to be a nine year old girl! Actually I think it looks kinda cool, although I did think that the flame graphics on the door would be a little longer, its so hard to tell the scale on the ebay photos some days. I realise that they gave the dimensions in the listing but in the photos of the graphics on a car they sort of went most of the way along the door on a MX-5 Ho-hum! Anyway, much like the wheels my littlest monster also leant me a hand with the graphics application, and they went on suprisingly well. No air bubbles, no creases, nothing! It almost looks professional... Almost!