June 19, 2018
What have I done? After the sale of my Chev-suzu I suddenly realised that I had left myself high and dry without a vehicle to tow with. Of course I only realised this the week after the Chev-suzu had gone, and I decided to tow my Celeste to my friends workshop for some recomissioning work! Most people would've done that first, then sold the Chev-suzu, but not me, oh no, I like to make life a bit more of a challenge. To rectify the situation I decded to do something quick, and spare of the moment. Just buy any old 4x4, then this one showed up, and it was cheap! 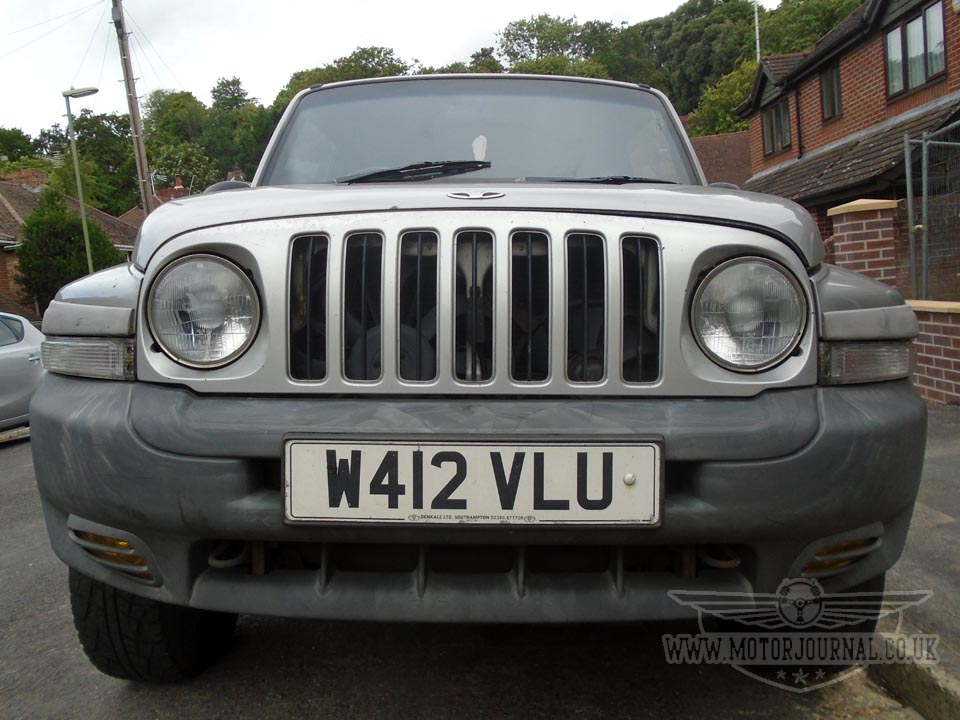 If you're anything like me you're probably looking at this and thinking, what the hell is that? Well, what it is is a 2000 Daewoo Korando, made by Ssangyong in South Korea. Anyhoo, I spotted it for sale on farcebook, and gave the lady a call to chat about it. She said it was still for sale, and as I had nothing better to do I decided to go and look at it. I told Mrs Clint that I was going to need a lift, as I had found a new car to buy. She asked me how far away it was, and I said that it was just the other side of Alton. What I neglected to mention was just how far the other side of Alton it was! 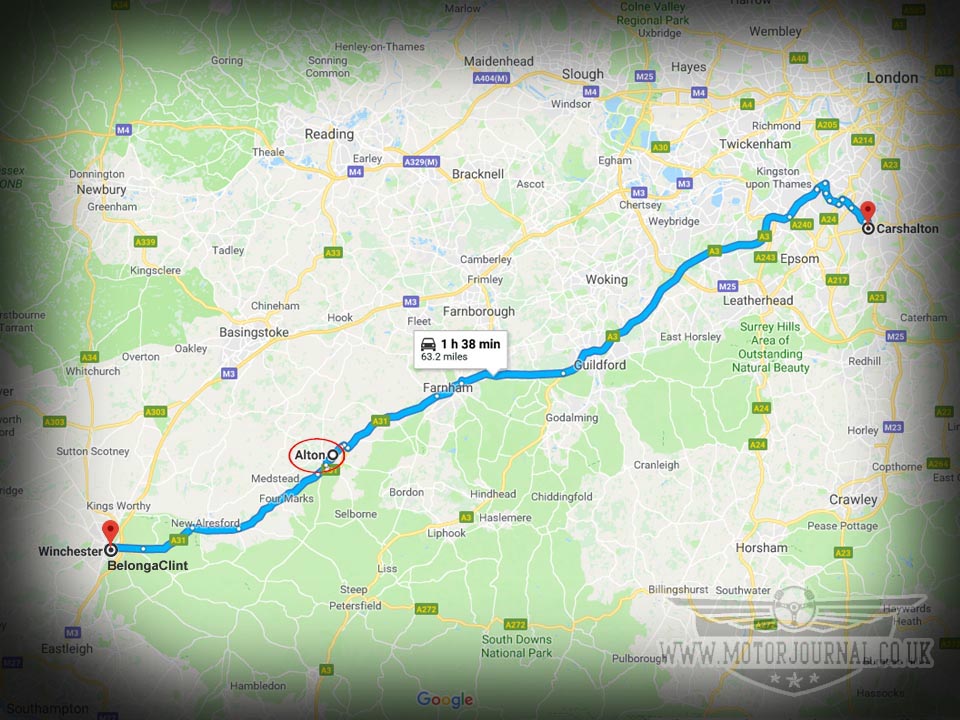 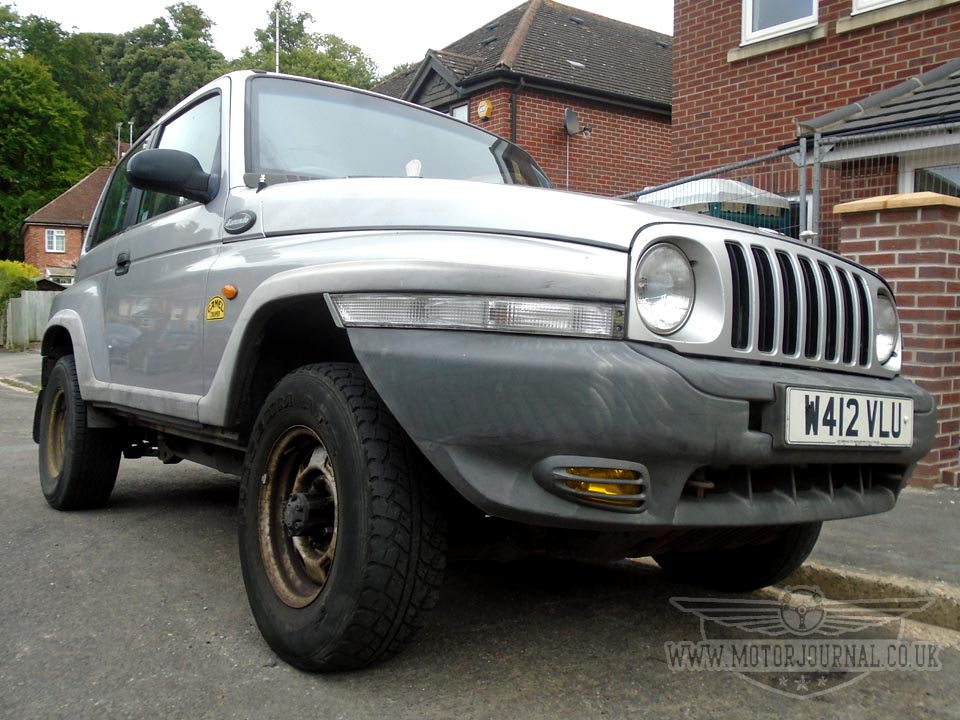 I'd never actually seen one of these in the steel before, and I wasn't sure if I liked it or not. But, with a long MOT, and being able to tow, there was a good chance it was coming home with me. The other thing I thought was just how big this thing is. I had in mind something the size of a Rav4 or something, but it's not, it's massive! Anyway, I knocked the sellers door, and shortly after it opened, but nobody was there! I looked down, and there, about two feet below my eyeline was this little old lady, with a walking stick! I asked her if she was selling the Korando, and she said that she was, and disappeared off to get the keys. Before long we were stood outside looking at the thing, she was telling me that it was a good starter, and good runner, but the drivers side door can't be opened from the outside. You needed to unlock it on the passengers side, then either climb across, or lean in and open the drivers door from the inside. The little old lady reached up, put the key in the passenger door and unlocked it. Once unlocked she opened the door, then took out a small folding stool from the passengers side footwell, placed it on the floor, and climbed up into the cockpit. She then turned around, turned her walking stick upside down, reached down, and hooked the folding stool up, and lifted it back into the cab. With the stool relocated in the passenger footwell she turned around, and walked bolt upright across the cockpit and sat in the drivers seat! She put the key in the ignition and turned it... Nothing!! So much for good starter I thought. Don't worry she said, my daughters got some jump leads, I'll give her a call and she can come over and give it a jump. I'll have to go and get the step ladder to get the bonnet open she said! I must admit I chuckled at that, but told her not to bother, if she released the bonnet, I'd open it and put my jump leads on. As I stood infront of the Daewoo I looked at this little old lady sat at the steering wheel, she could only just see over it! I can't help feeling that it must've looked like it was driving its self whenever she took to the road in it! 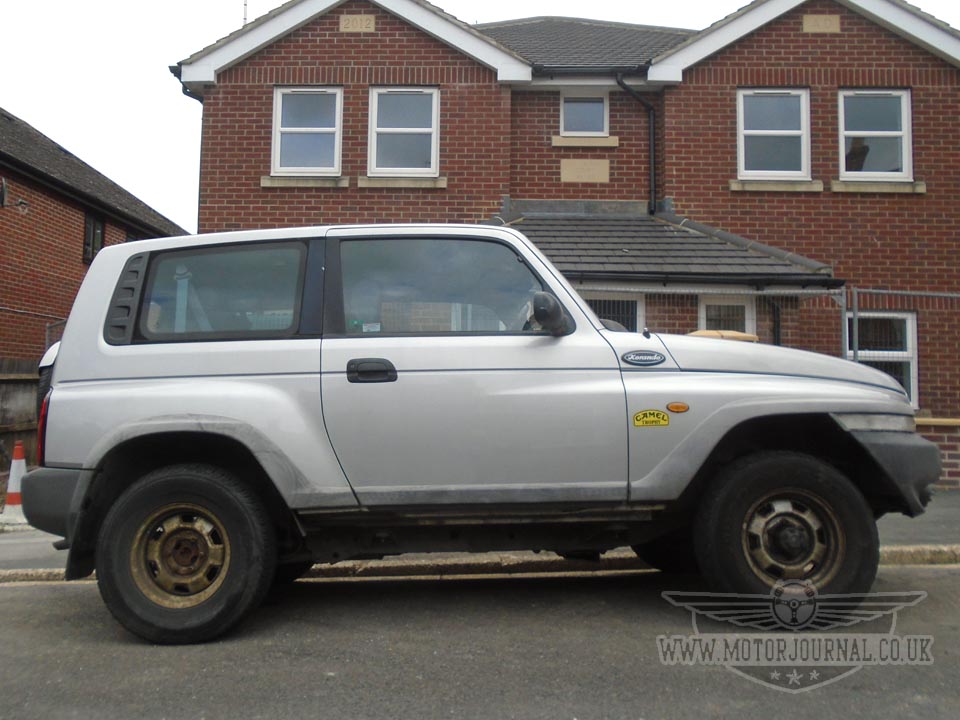 With my jump leads on and connected to the Honda the little old lady flicked the key, and the engine sprang to life. She was right, it was a good starter! A quick run around the block and the deal was done, cash exchanged for the paperwork and keys and I was off. Before I left I asked the little old lady what she had replaced it with, she pointed to a third generation Pontaic Firebird in metallic purple, that's mine, she said. I told her that that was a pretty cool car, and asked her why the change from the Daewoo to the Pontiac. She told me that she just fancied a change, and that it was pretty good, even though it was just a V6. The image of this little old dear tooling around in this massive 4x4 was comical enough, but racing up and down the High street to get her pension in a Firebird must be awesome! I can only hope that I still have such cool cars when I'm drawing my pension! We said our goodbyes, and I headed off into the evening in my first ever Daewoo! (There's a line I never thought I'd write!) Before long we pulled up at an eating establishment where I could buy dinner. While waiting for our food to arrive I said to Mrs Clint not to go too far as the fuel gauge isn't working as the needle is embedded at the very top of the gauge almost half and inch past the 'F'! My feeling was that as it wasn't moving, it wasn't working! She told me that she'd give me a friendly toot as she drove by when I run out of petrol! Before long a very pleasant dinner was devoured at Frankie & Bennys, and we were back on the road. 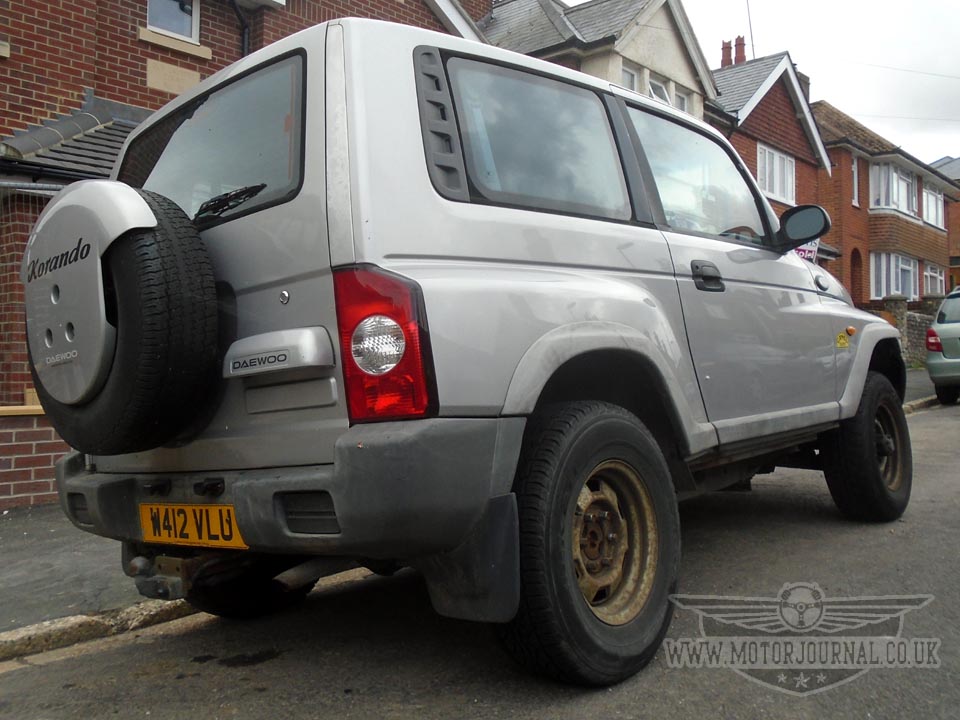 At the first chance I got I filled a petrol can up, ready to run out of go-go juice at any moment. Forty odd miles later we still hadn't used it, and we were pulling up outside BelongaClint. The needle of the fuel gauge had possibly moved, but really not by much. Perhaps it is working, can it really be that full of petrol? No doubt time will tell, and it will probably run out of fuel either in the middle of nowhere, at night when it's really creepy! Or in the traffic on the school run where I block the road and look like an idiot for five minutes while I re-fuel from a can. I figure that I'll run about in it for a bit to see if the gauge does actually move. I'm sure that the needle has moved, but not by much. So what do I think of it? Actually, it's pretty good, it is huge, and it feels it, but it drives quite well. The 2.4 litre Mercedes engine, yes really, it even says Mercedes-Benz down the middle of the rocker cover! Anyway, it pulls well with plenty of power. it's very spacious in the cockpit, and quite comfortable, very comfortable actually. But having said all of that it definately has very agricultural under-pinnings, and it does drive a bit like an old truck. But really, so far I've got nothing to complain about. 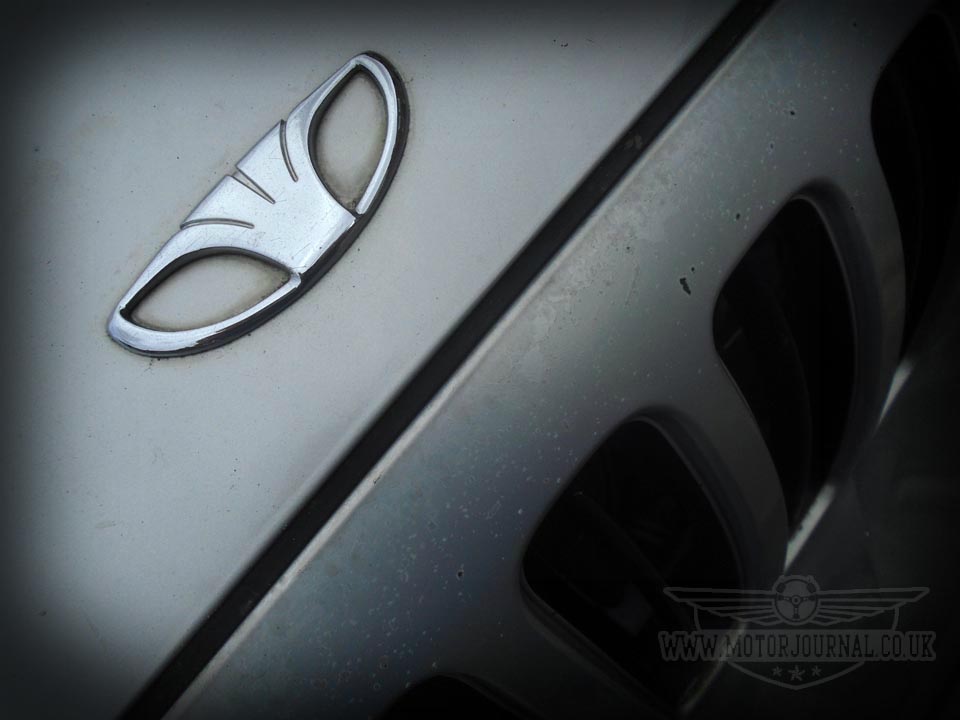 That'll be the Daewoo!!