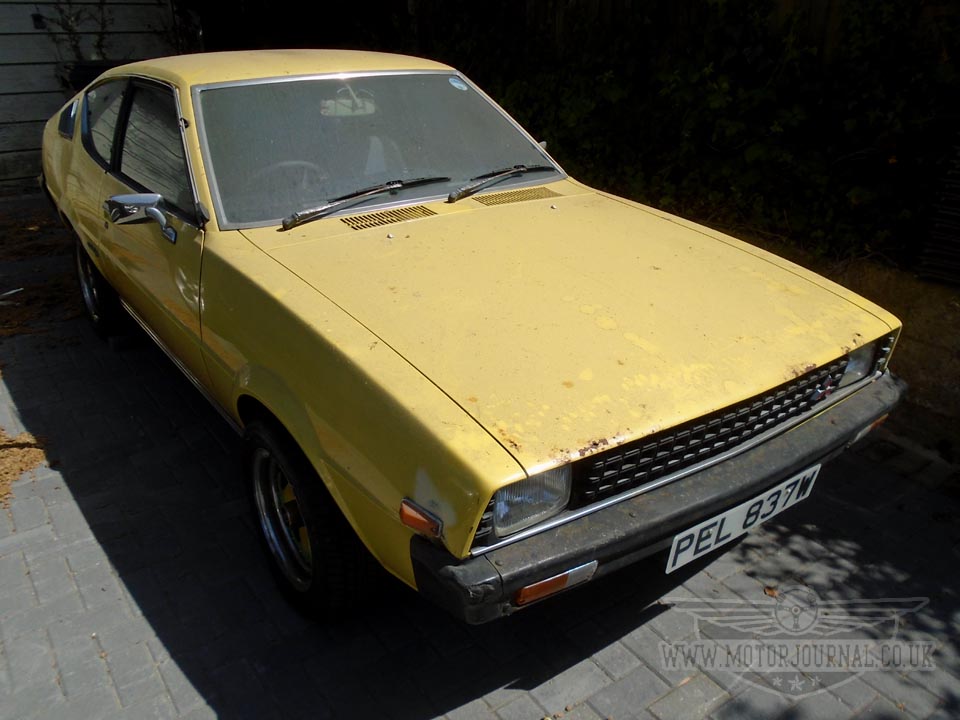 But before I did that I thought that at the very least I should give it a bit of a wash, being in a garage for ten years with an old asbestos roof had left it more than a little dusty! 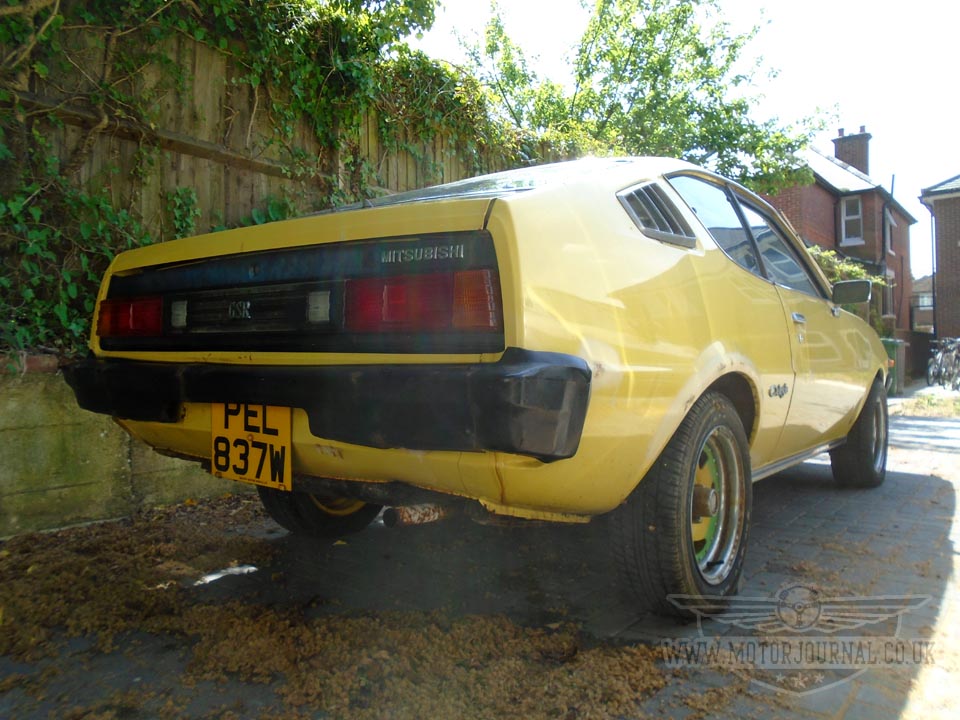 There, not perfect, but atleast clean, and has a bit of a shine now! I can't decide if it has more rust on it than it did ten years ago or not. I'm guessing it probably has a little more, because I'm pretty sure that it won't have a little less! The wheels certainly have a bit more rust on them. 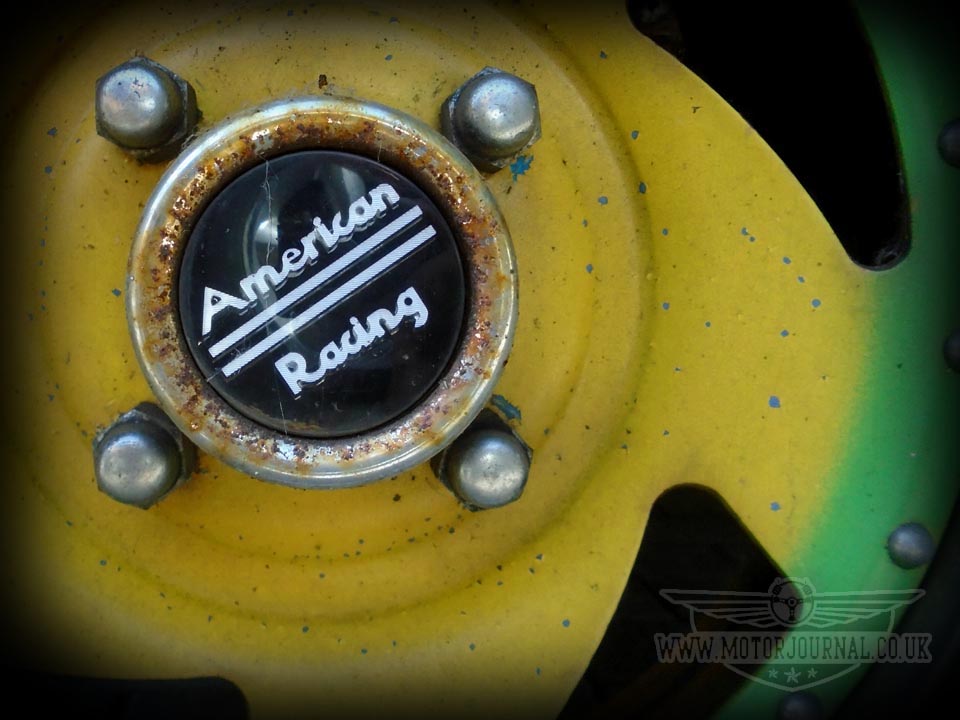 The centre of the wheels that I painted when I put them on my first Celeste still doesn't have any rust, but where the steel is chrome plated, it's rusty! American Racing Wheels... Probably made in China! 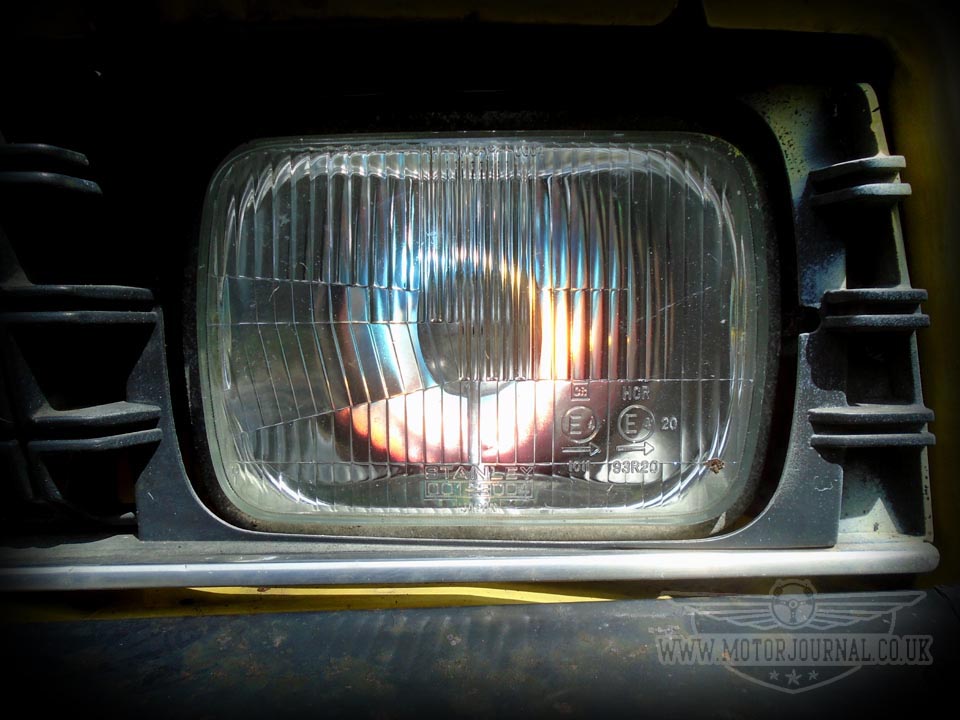 The lights got a good clean too, and after cleaning them every time I walked by the Celeste I thought that I must have somehow put the lights on. They weren't on at all, but the sure do look like they are! 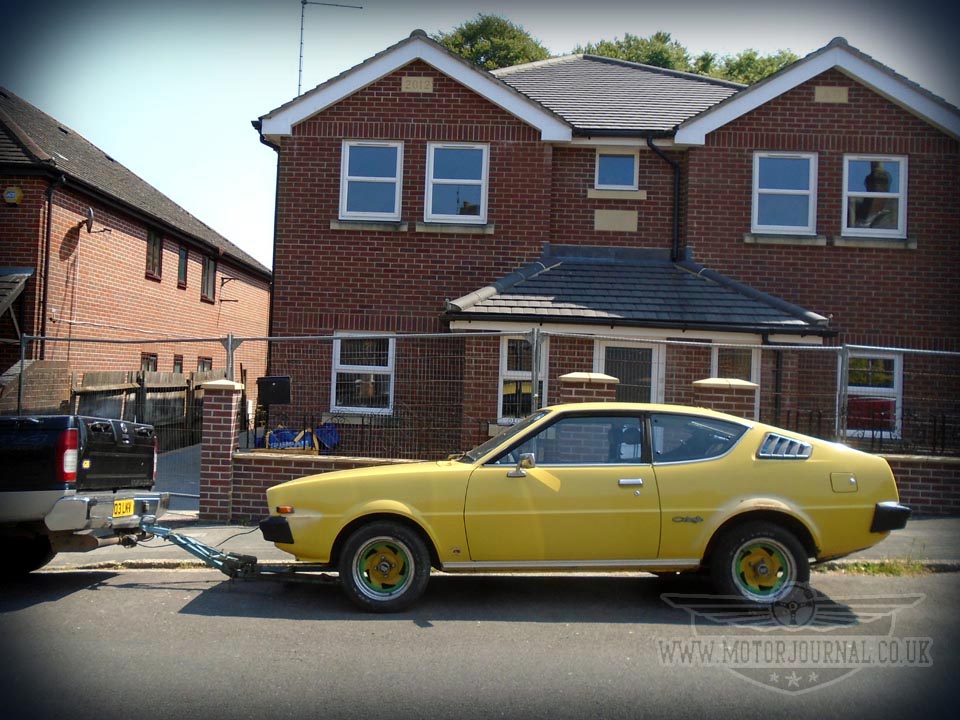 I gave my friend with the Navara a shout, we hitched up the A-frame, and then we were off to darkest Dorset to deliver it to Coltech Classics for a re-comissioning. I was quite concerend about A-framing it all that way, but you see people A-framing cars behind their campervans all the time so I thought it would probably be ok. I thought that I would just take it steady, and stop periodically to check that everything was ok. I did a lap of the estate first, then checked everything was still tight, then headed out onto the road. My first stop was at Rownhams services about 15 miles from Belonga Clint. Everything was ok(ish) Although the Navara pulled it like there was nothing there, the brakes on the front of the Celeste were clearly binding. Getting out of the Navara in the Carpark at Rownhams there was a distinct smell of hot brakes in the air, and the front wheels were warm to the touch. But warm is not hot, so we headed on. After another 15 or so miles we stopped for another look. Again, the smell of warm brakes filled the air, but the wheels felt like they were no warmer than they were at the first stop. We thought that although they must still be binding, it can't be by much, and so we decided that we might as well just go for it, and make the next stop Coltech Classics. 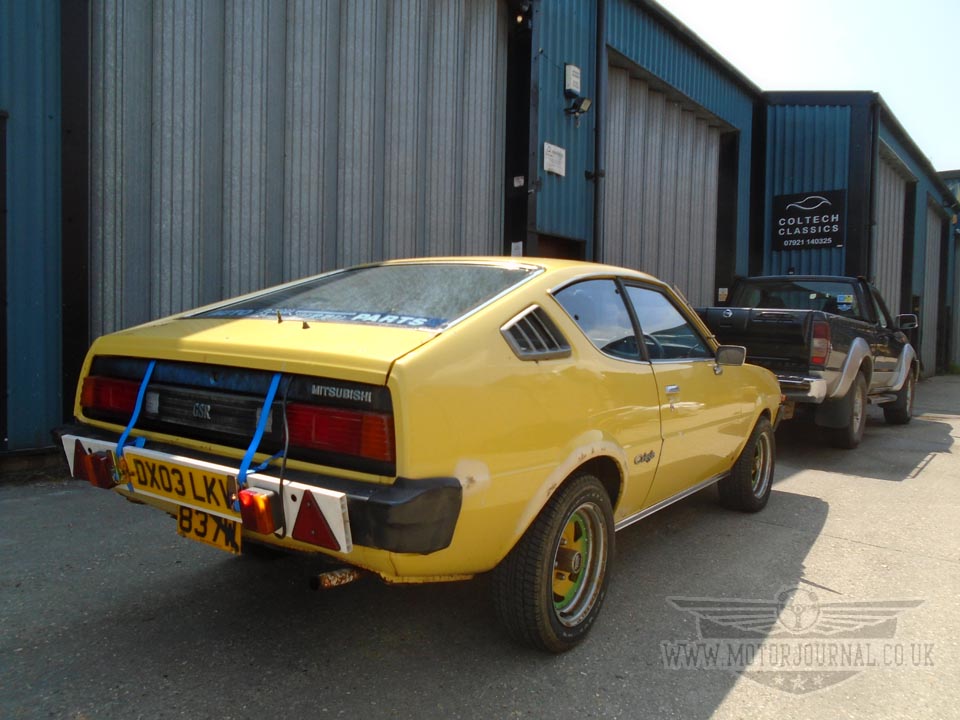 Upon arrival Paul greeted us with... Something smells hot! I said, Yeah, I think the brakes are binding a little! We unhooked it all and drove it into the workshop. After a good old chin-wag I left Paul to it, the following day I got a message to say that it had been for it's MOT... And failed! 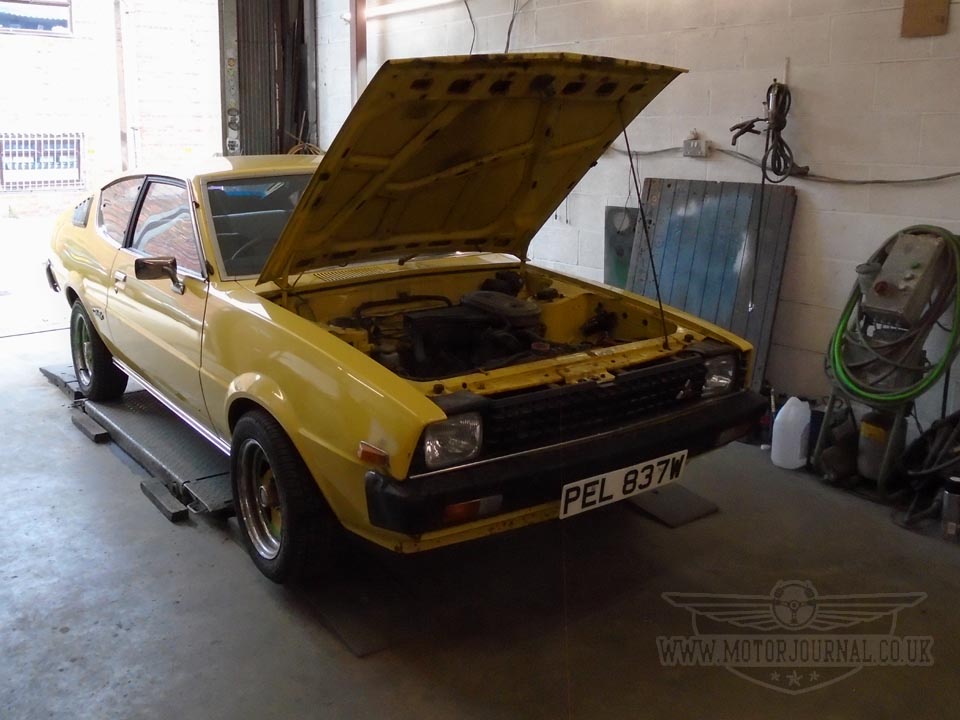 This was the list... All brakes either dragging or not working at all. Dust covers so dry they fell off. Broken front spring. Lastly, rust at the end of both rear sills. Well I didn't think that sounded like the end of the world, and Paul reckoned that it was best he cracked on and tried to and fix it. Just two days later I get the text that just reads Celeste is MOT'd!! Fantastic!! I was finally going to be able to drive the Celeste for the first time in a long time! I borrowed my Friend, and his Navara (again, I really should think about getting my own 4x4 for towing duties!) and headed off to get the Celeste! 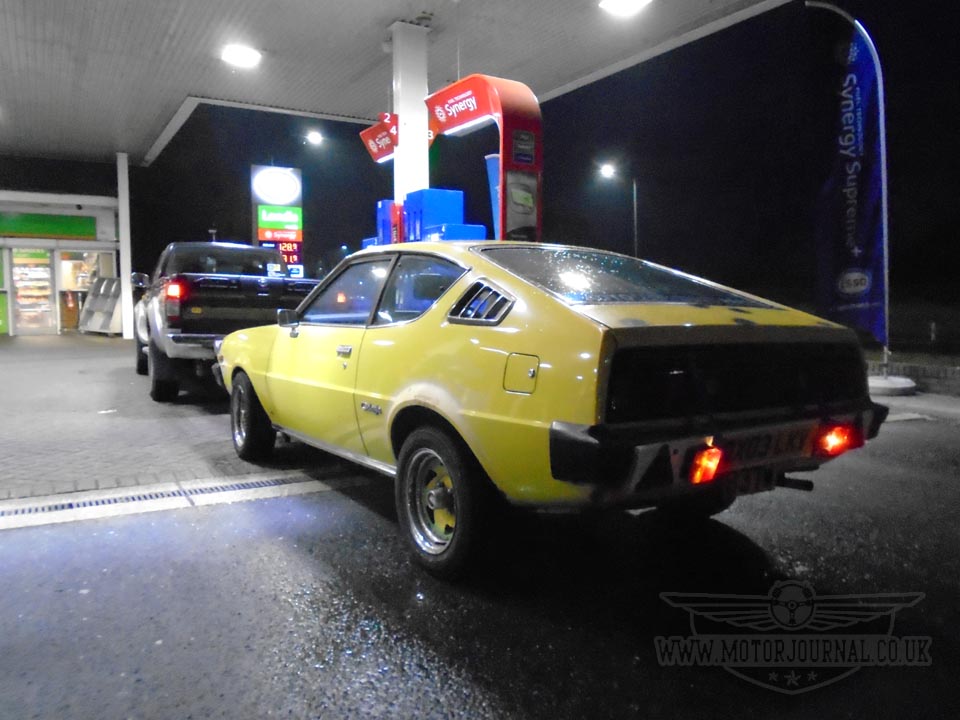 By the time Paul and I had finished chatting, it was dark, cold, and as it's Summertime at the moment in England, rainy! But that mattered not, I was chuffed to nuts just to have my Celeste back on the road! The whole drive back to Belonga Clint all I could think about was driving that little car. I parked it up off the road, as I still hadn't sorted out the tax for it yet, and went inside to sleep! Sleep, yeah thats a laugh! As I laid there all I could think about was taking the Celeste for a drive. I kept thinking that I wasn't going to tax it until the beginning of July. I don't need to drive it. I've not driven it for ten years, another month isn't going to make much difference! I kept thinking about what I was going to do with it. I came to the conclusion after a little while that I was going to tax it next month, drive it for a little to reminisce, then sell it. I looked at my clock, 03:11hrs! Damn, have I really been lying here for over three hours! I just couldn't stop thinking about driving it. I tried to stop thinking about it, but I just couldn't, I was like an excited child! I laid there a little longer, I looked at my clock again... 04:17hrs... Dammit!! I got up, turned on my computer, and taxed the thing! 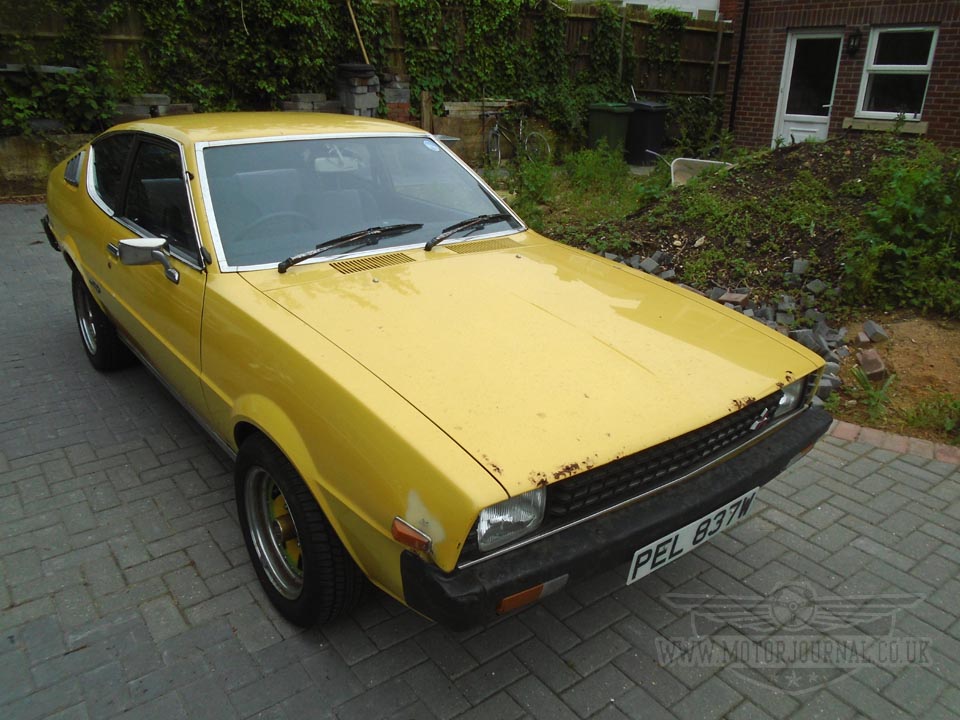 The following day was a work day, but as tired as I was that wasn't going to slow me down! I'd not got a lot of sleep, but I figured that I'd have the Celeste at work, and if it was slow, like I was planning it to be, then I would give the Celeste a wash and polish! 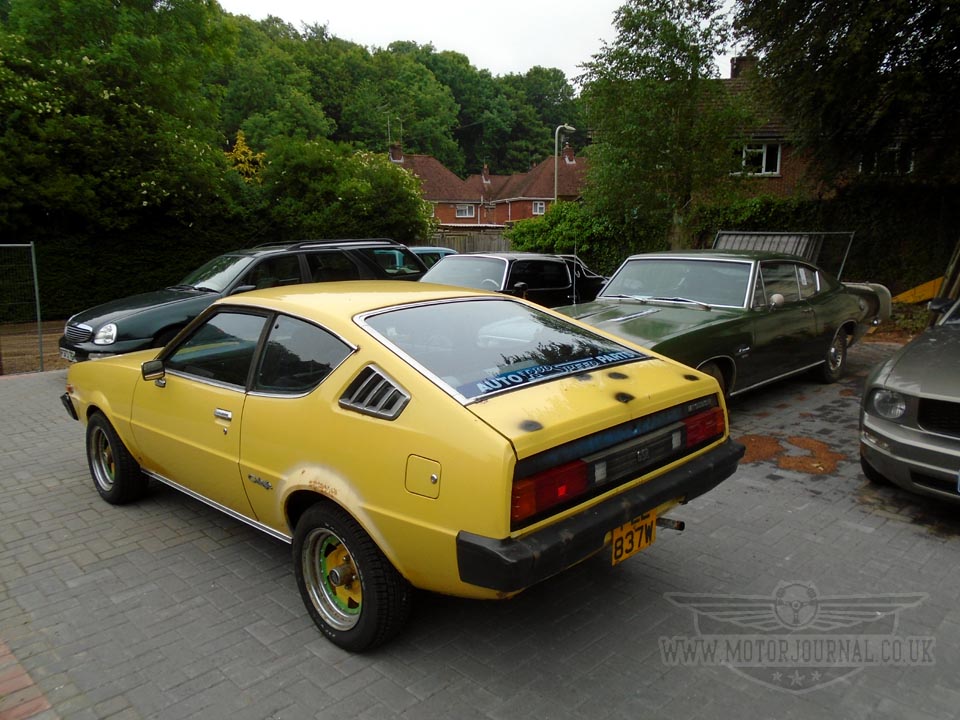 Before long I was washing it, then I rinsed it off, and dried it. Then, after just looking at it for about half an hour I gave it a jolly good polishing. Yes with Mr Sheen! While Paul had it in his workshop, and he had his sparkly stick out welding up the sills I asked him to remove the non functioning rear window wiper, and weld up the holes, and while he was there, weld up the holes where someone had attached a nasty spoiler to it at some point! These are what the black dots are on the bootlid/hatch. I've only been meaning to get that done since I got it back in the mid nineties! Anyway, before long it was clean and shiny, and looking good. It was MOT'd, taxed, and insured. It was ready to go, but... It was still a work day! 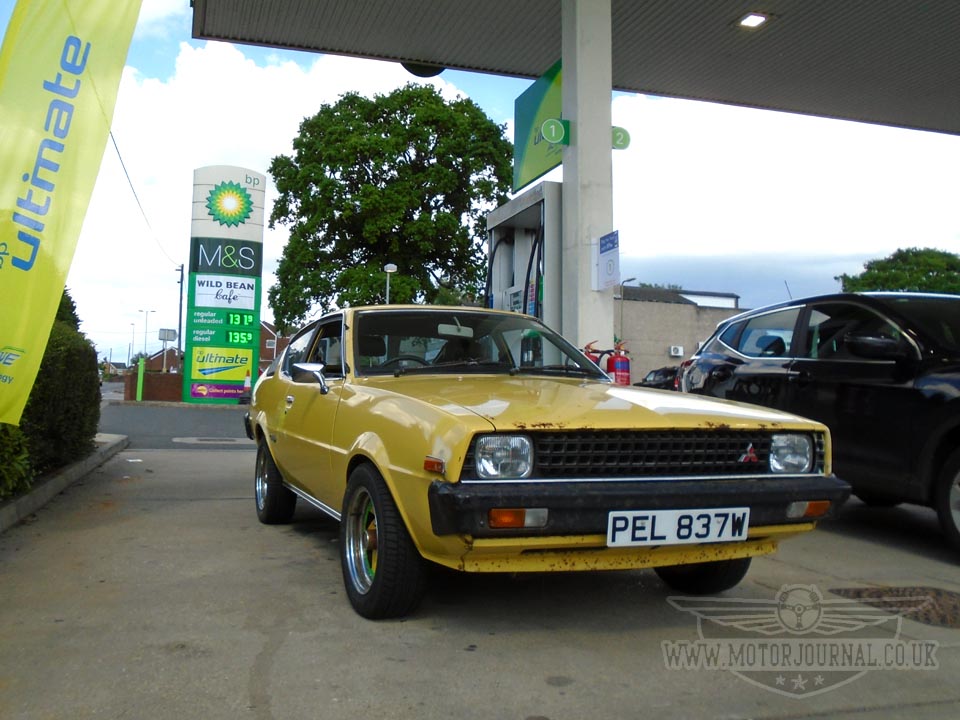 Never mind!! Here's the first fill shot! I know that technically it's not the first fill shot, as that happened before I ever started recording such events. But here's the first fill shot in over a decade! It was lunch time so I figured that I'd do a lap around town or so. Well, that didn't work out according to plan. I never made it back to work for the afternoon, and the first fill shot took place nearly thirty miles from Belonga Clint! Some things are just more important than work! So what was it like? Well, it was pretty damn good, and it's pretty damn cool! But I think I will refrain from talking about driving it again until I have had a few more outings in it. So stand by for further adventures of the Celeste in a future post!