October 19, 2017
So way back in Novemeber 2015 the search for a Mk1 Carlton was in full swing. I'd had a Vauxhall Omega, and I even considered hanging on to it, it was a great car, and although it wasn't a Carlton at all I probably liked it enough to take the place of a mk1 Carlton Estate in my little collection. To be fair I still think about having another one even now! When I found the previously mentioned Mk2 Carlton I thought that it would have all the bits of the Mk1 Carlton that I like, plus all the bits of the Omega that I liked, but it just didn't. But then, early in November after purchasing my mk2 Carlton I got this email from the editor of Retro Cars magazine no less! It read:- "I came across your post lusting after a Vauxhall Carlton Estate and wanted to let you know that we're selling ours. It's been a Classic Car Buyer magazine run about for the past 6 years and has been round Europe on a rally. We've given it a lot of time and attention to keep it running well and MoT'd etc. it's been almost 100 percent reliable and is loved by the whole office, but it's time to pass it on as we've got far too many cars here and want to buy more!" So we conversed for a bit and I tried to arrange a time when I could just get away from work for a day, and pop along to have a look at it. 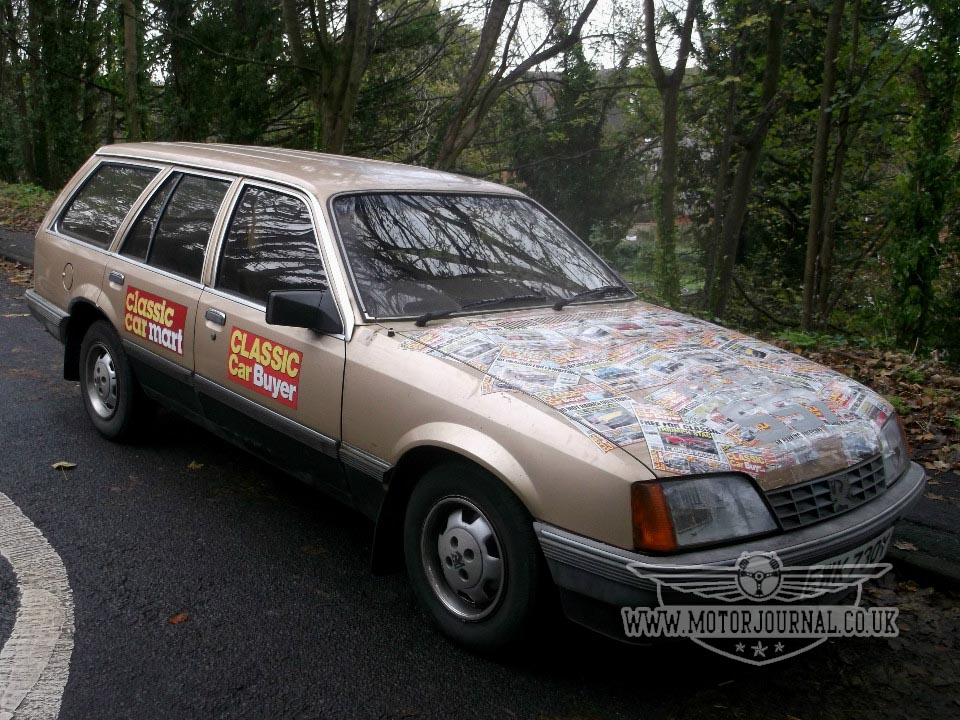 Tuesday the 24th of November was that day. So, I told Mrs Clint that I was going to be out all day, as I was going to look at a car in Peterborough. She informed me that nobody hires a transporter, which I had parked outside, and drives 140 odd miles to Peterborough to just look at a car. Hmm, she had a point. So on that bombshell... 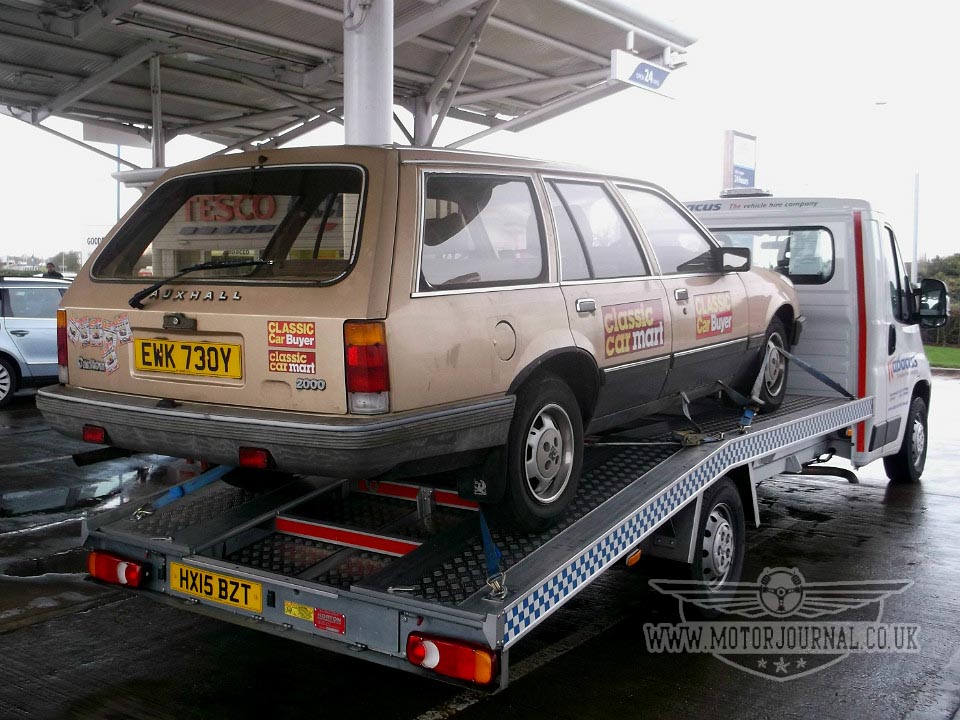 I arrived many hours later in Peterborough and after some very pleasant chatter was had with some of the staff at Retro Cars magazine, and for a very reasonable fee, it was mine... ALL MINE!!! YAY!!!!! It was loaded up, and John and the staff at Kelsey Publishing said their goodbyes, and I was off home again... With my new toy!! Sure it's a little bit scruffy, but it's solid, it runs, drives etc, and is ready to go... Once I taxed it! 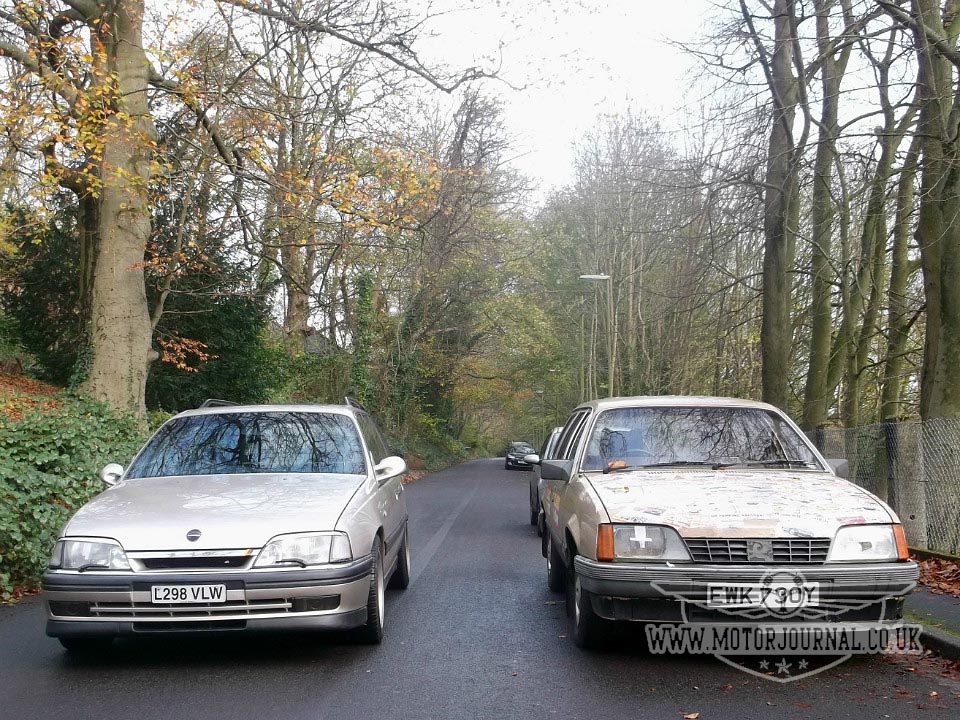 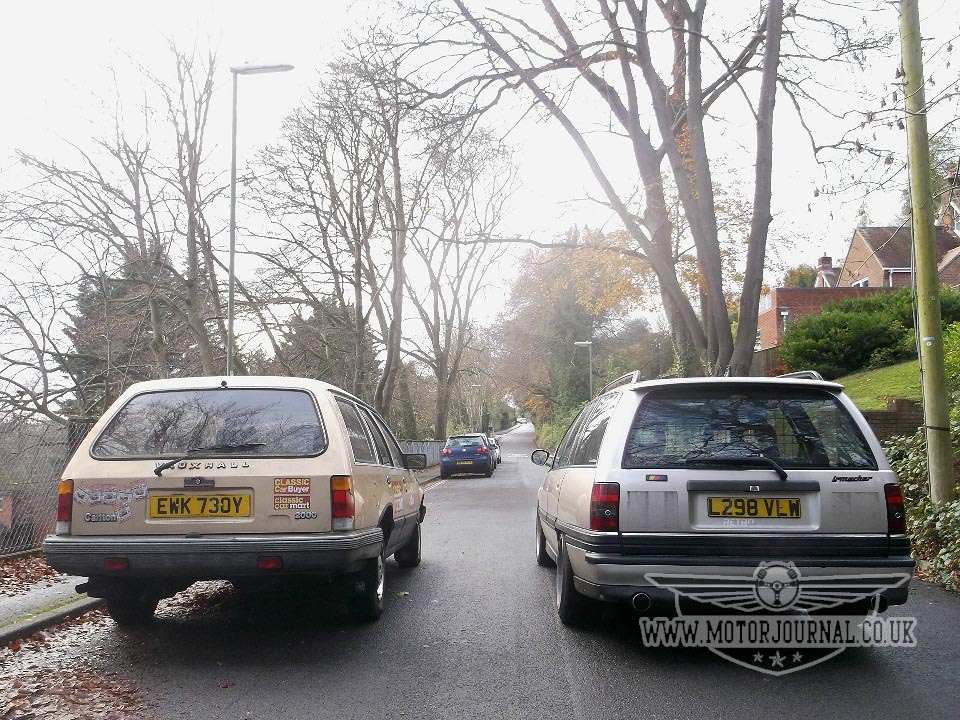 I was quite surprised how similar they both are in size, I really thought the mk2 would've been bigger! 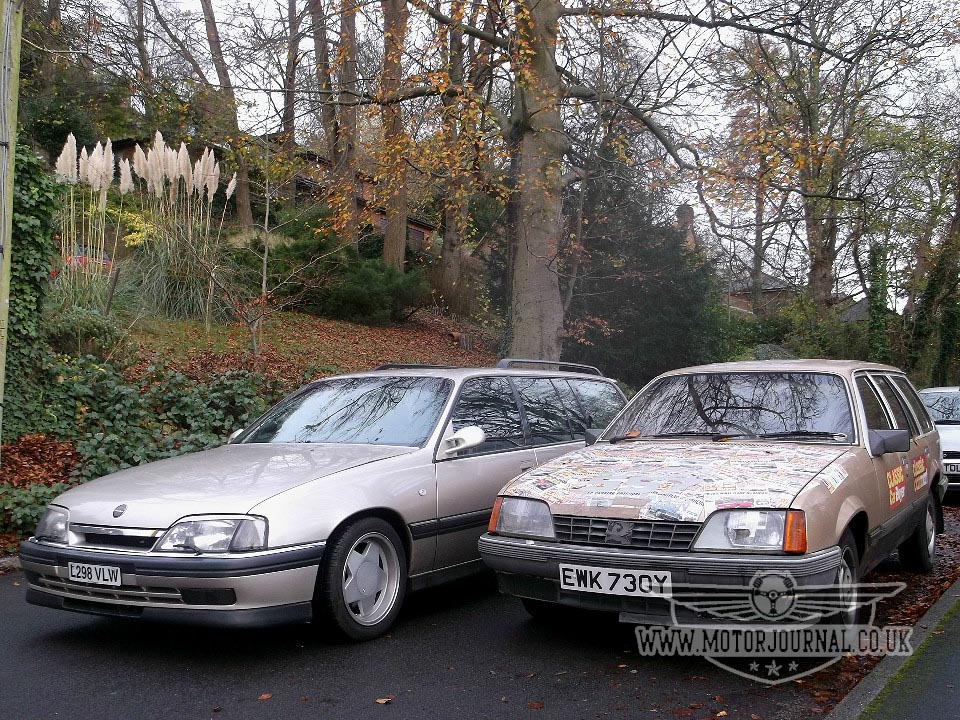 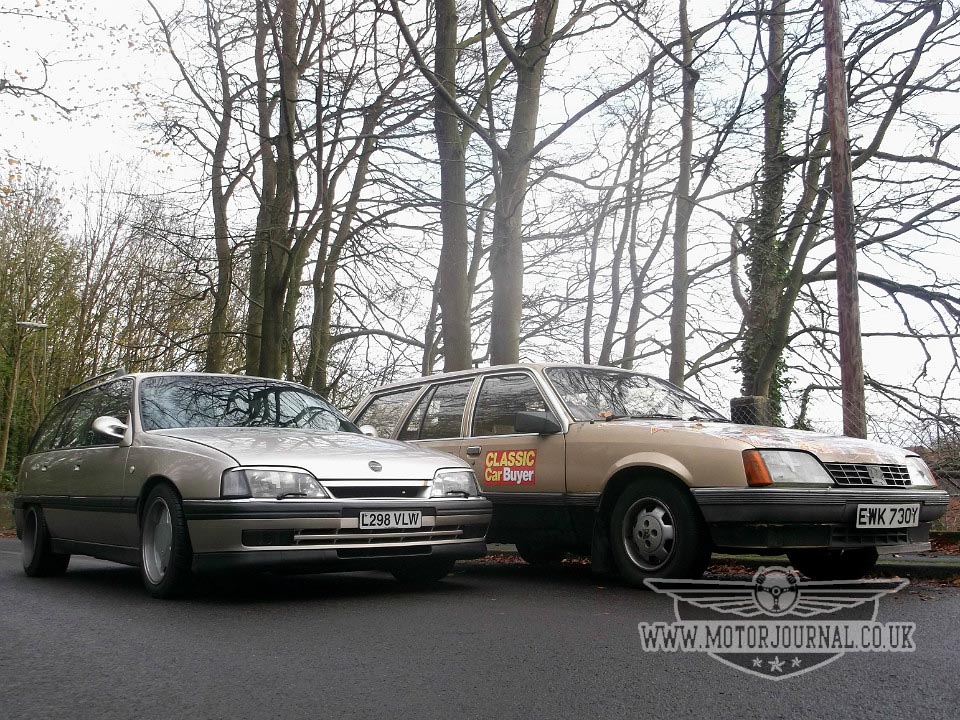 The truth is that the Mk2 Carlton is far and away a better car, and it's a better car in every single way. Except for, I prefer the looks of the Mk1, I know the changes were pretty subtle but for me the Mk2 was just too slippery, too aerodynamic, too refined! Maybe the mk2 Carlton is actually just too good! 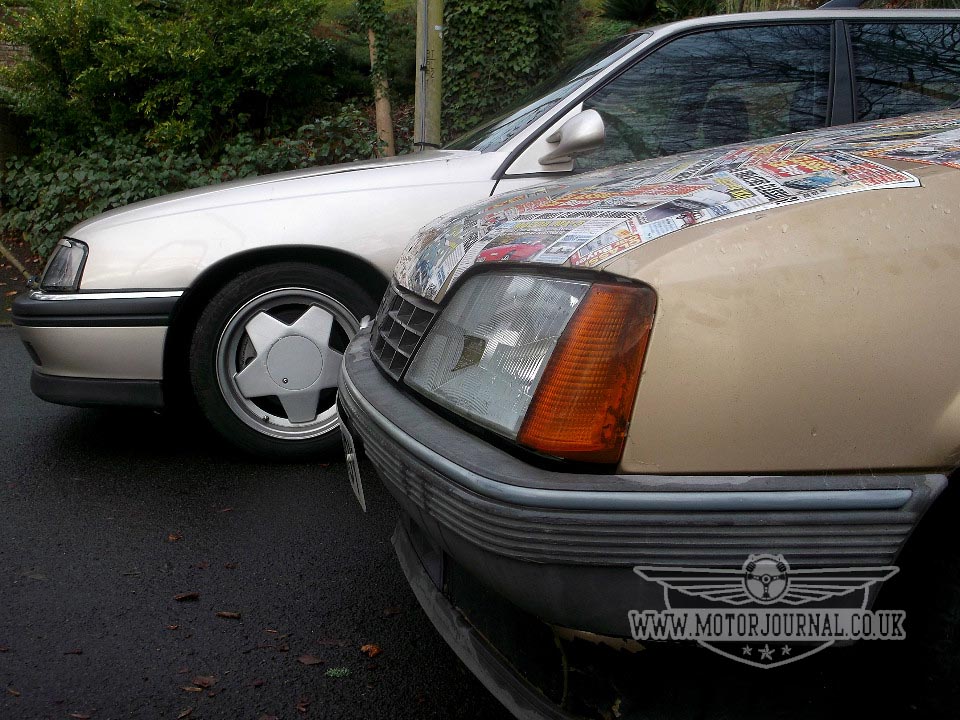 For me, the Mk1 is better, I don't know what it is about it that makes it better, I just can't put my finger on it. It's like my previously mentioned Talbot, you know there are better cars out there, but you like it inspite of that. I actually looked forward to getting into the Mk1, and doing a bit of work to it... 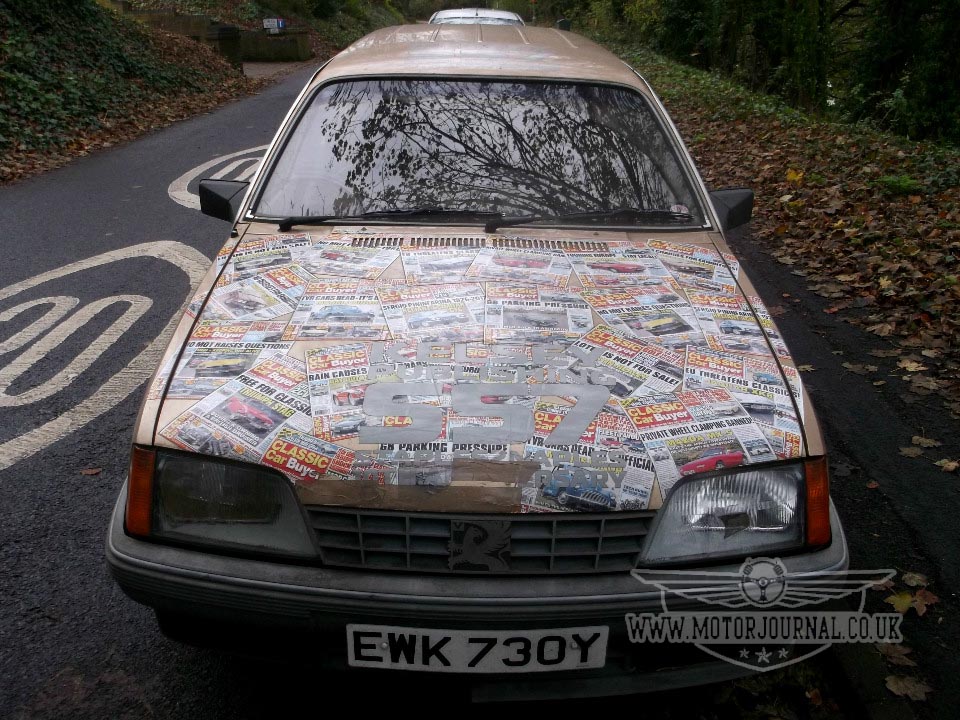 So what are my plans for it? Well I'll probably start with a good old fashioned de-stickering, and see what lurks beneath all those stickers on the bonnet! Other than that:- 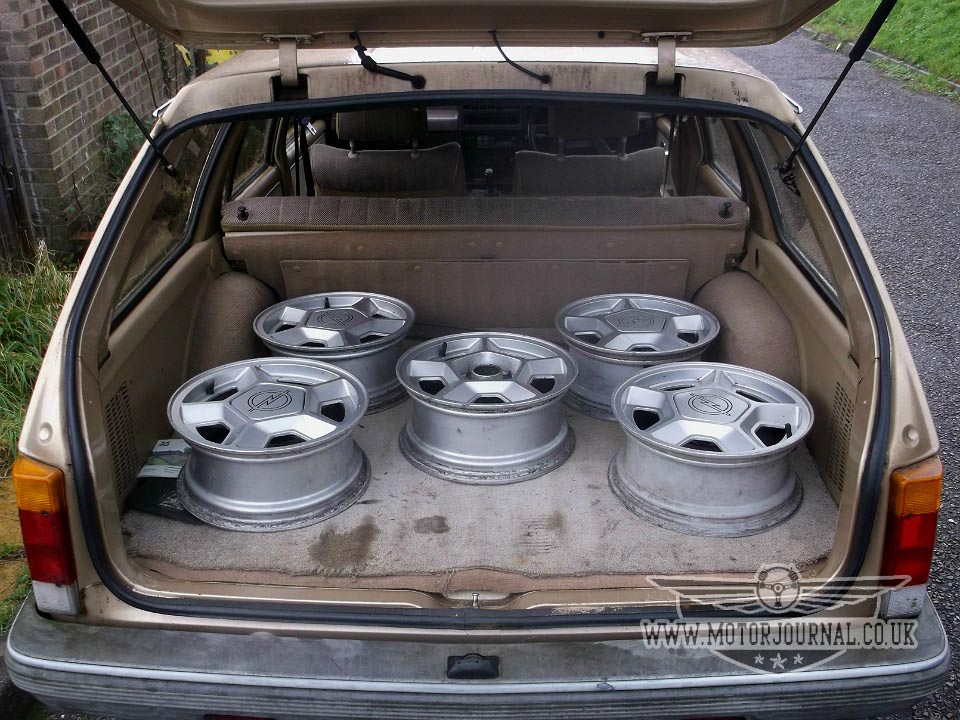 I've managed to snag myself a set of Opel Manta 'B' series wheels for it... 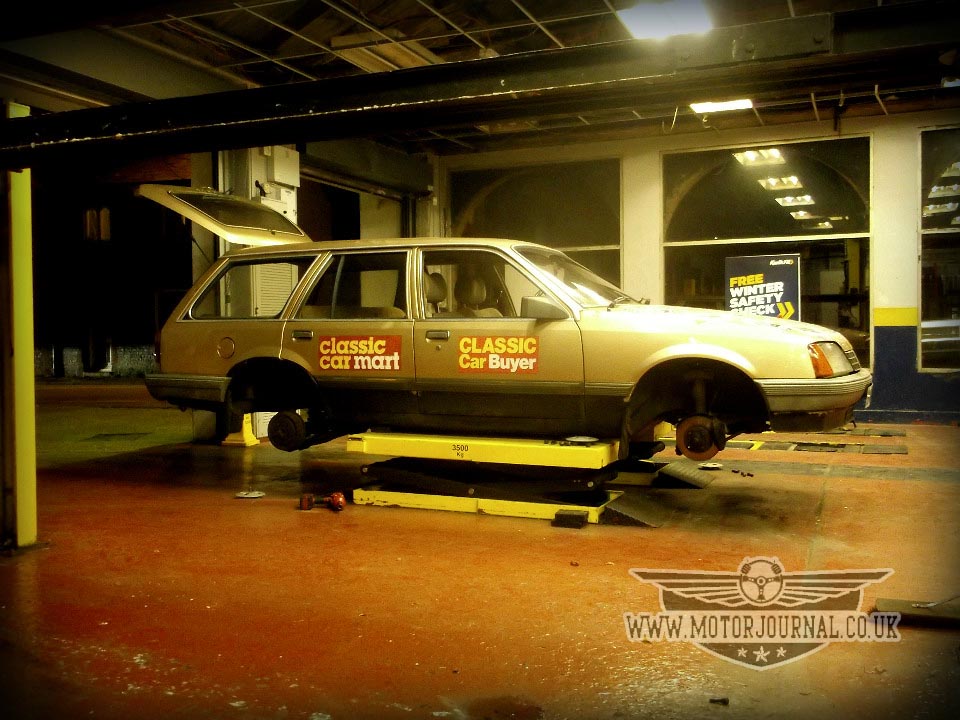 Doc Brown and Marty McFly aren't the only ones to have a hovver car! Here it is hovvering, waiting for it's new wheels to be fitted! 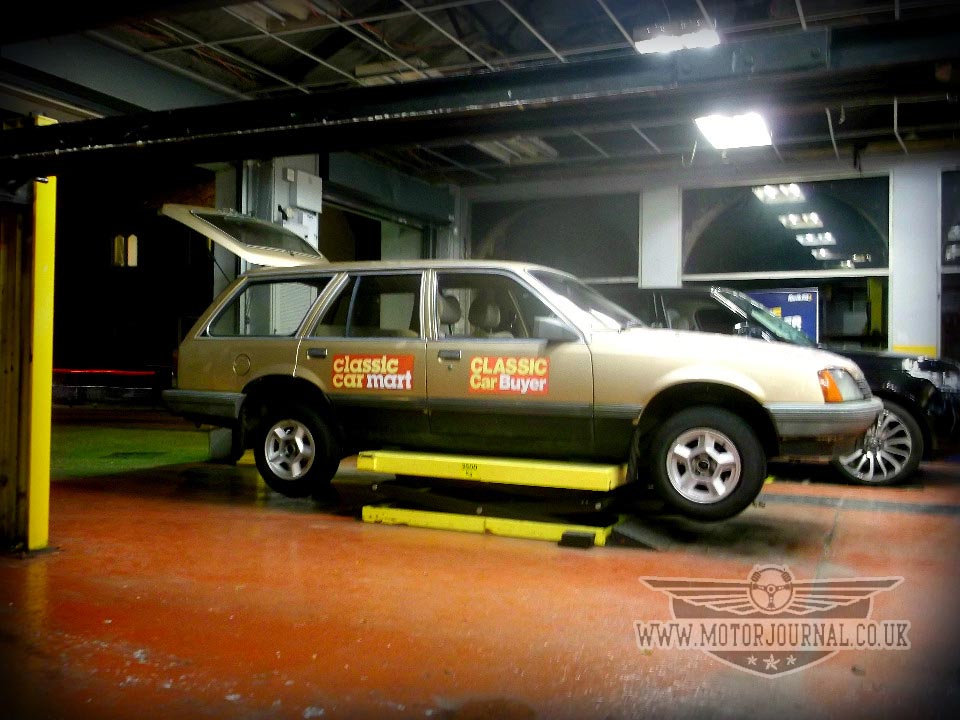 Fitted! (Sorry for the terrible quality photo! Must try harder!) 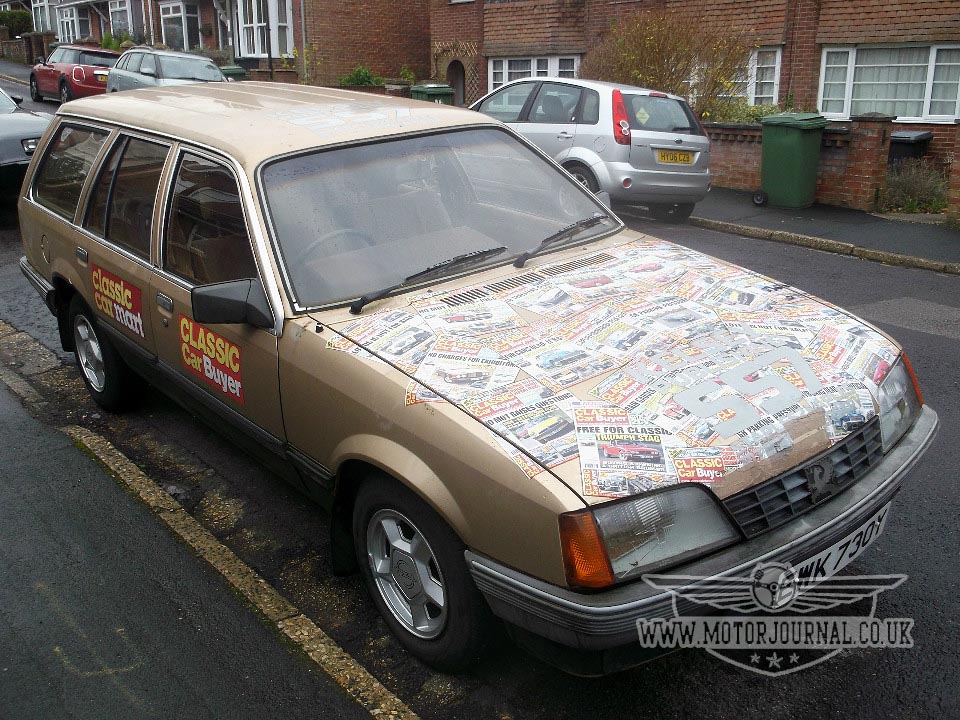 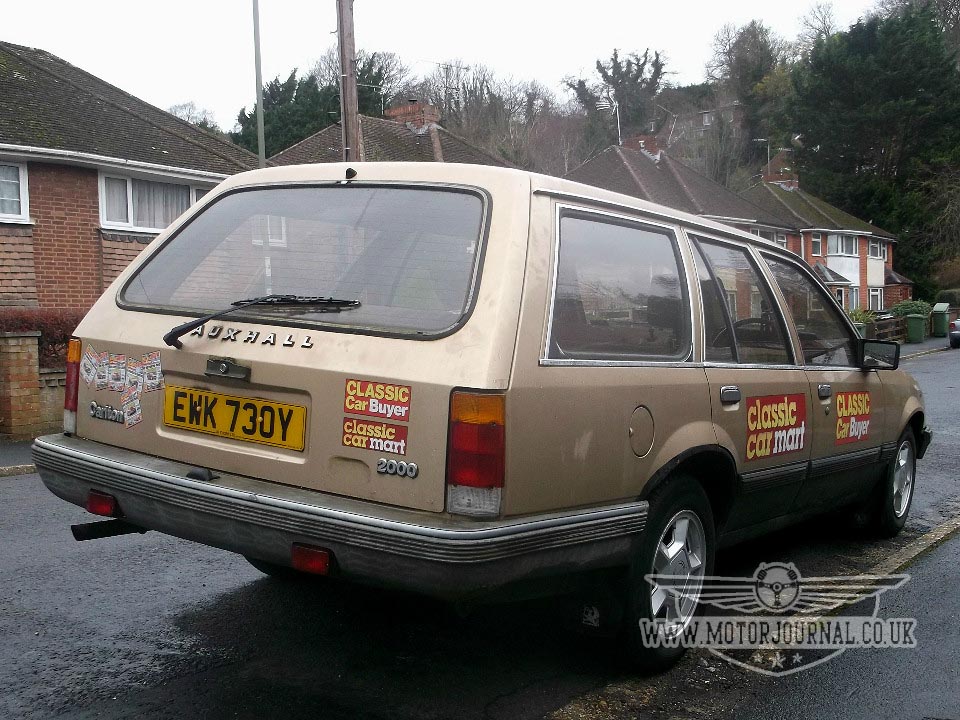 I reckon they look alright on it. 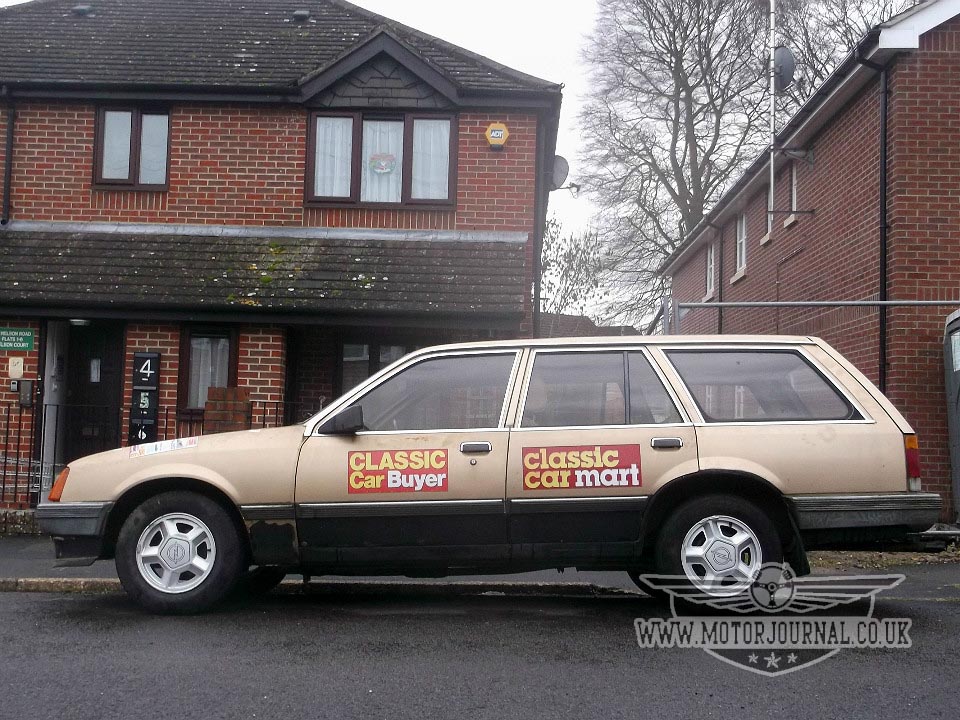 Could probably do with a tap with the lowering stick too while I'm at it! But I kinda like it already!