September 11, 2017
I've got to say that the old Talbot Alpine has been going very well. But better than that it would seem that it has become quite a popular car in its old age. So much so that I thought that rather than letting it continue to wear it's red oxide primer on it's newly welded bodywork, I might actually try and do something to make it look just that little bit better 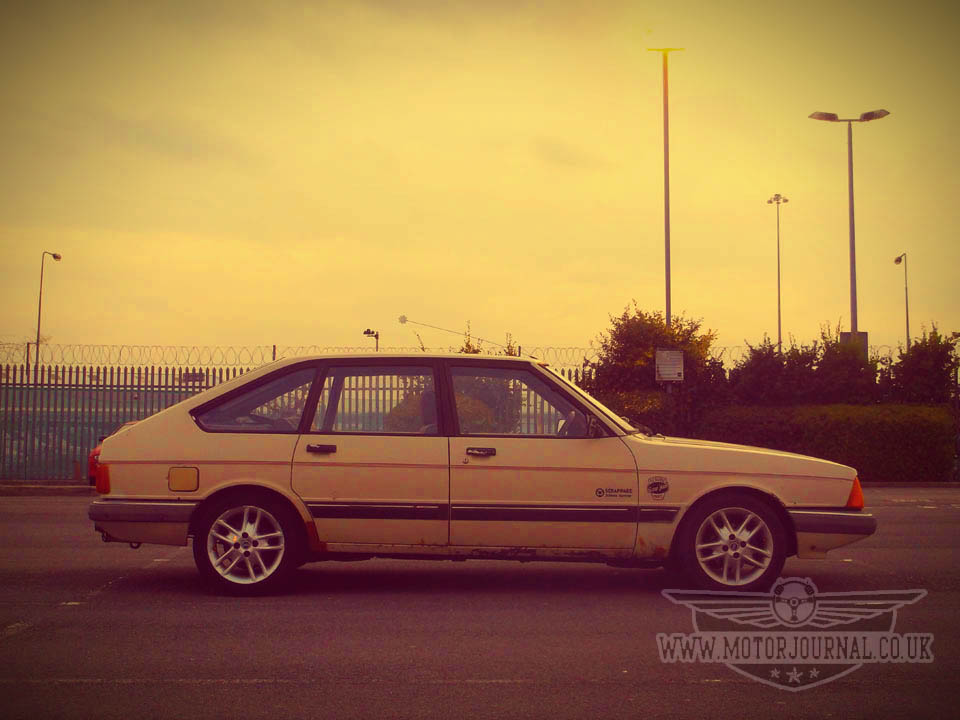 Back when I drove my original one I really couldn't see the point in trying to make it look better than it was. Crazy really when you think that back then it was only a ten year old car. Even after I'd had to replace bodywork after a crash it never got painted properly, it was purely function over form. 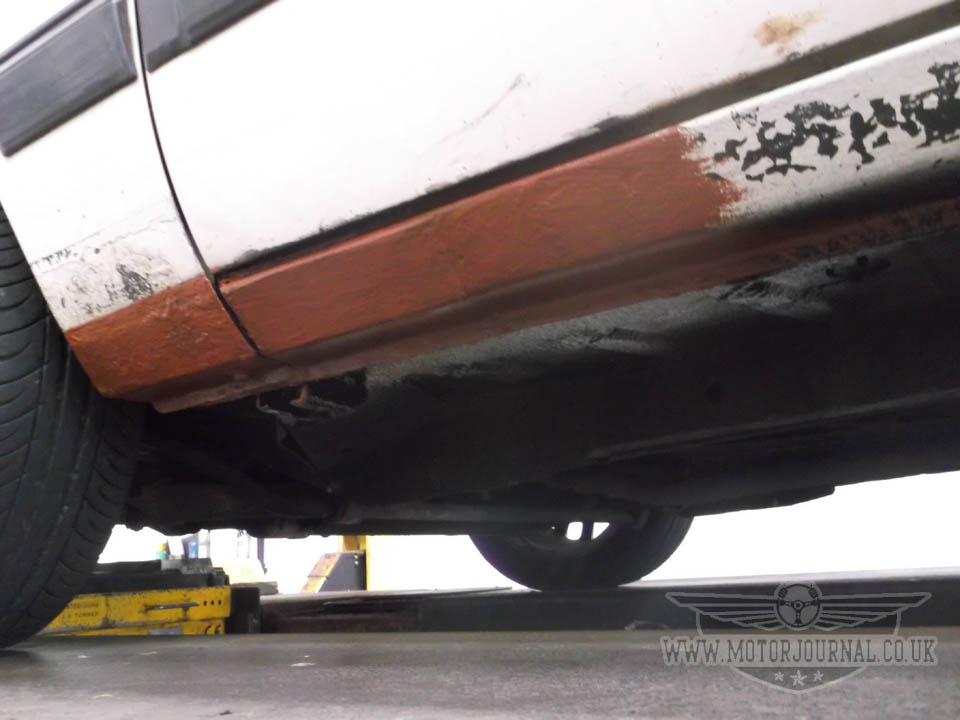 But, since having the sills repaired by my trusty mechanic I keep looking at them and thinking that really I should do something about that. At the very least I felt that I needed to put some sort of top coat over the primer before the Winter comes just to protect it from rusting again. 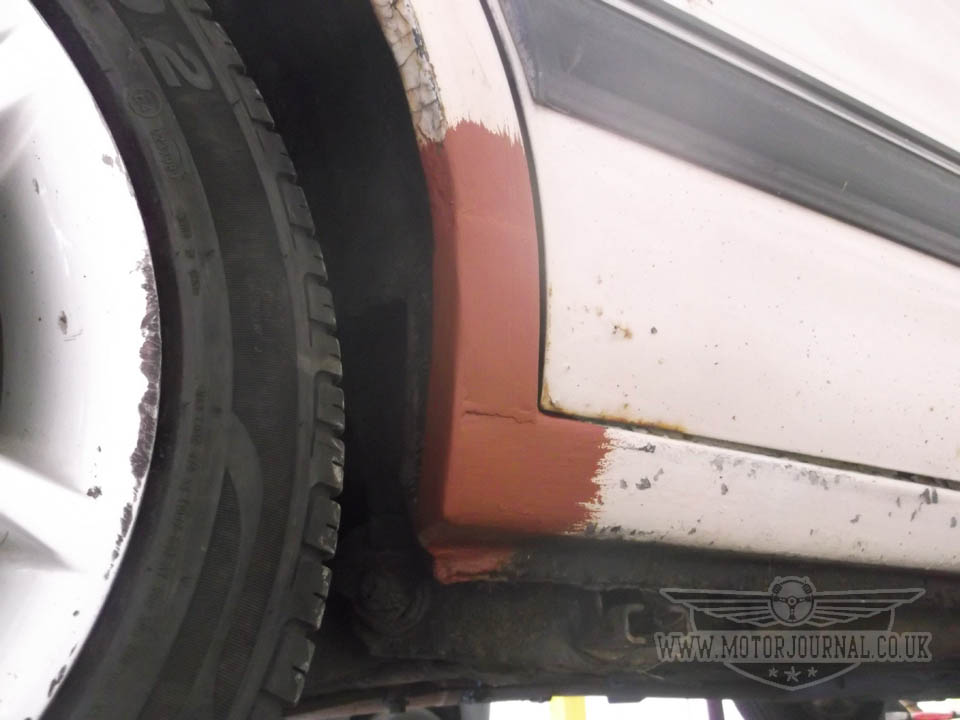 I'll be honest, I did think about hitting it up with a bit of black aerosol paint from poundland just to tidy it up a bit, and to seal the primer in, but the more I looked at it, the more I felt that really, it needed to be hearing aid beige like the rest of the car. The problem is that I really had no idea what shade a beige it is, and I figured that in Halfords it was unlikely to find any paint marked Talbot. I had already tried one can of Beige that I bought from Poundland which looked pretty close on the can lid, but not so close once it was applied, and fearing that I might have to re-name project scrappage scheme survivor into project fifty shades of beige I thought that I would try to get something closer to the original colour. Rather than just have another stab in the dark at it! As I stood infront of the vast selection of colours in Halfords I wondered which beige it would be, I mean there must've been 30 to 40 different beiges! How can there be so many variations on beige? Ofcourse, none were marked 'Hearing aid beige' but I browsed and browsed until I had a bit of an epiphany... Actually, it was my littlest Monster who had the epiphany, picking up a can, and saying, "What about this one Dad?" 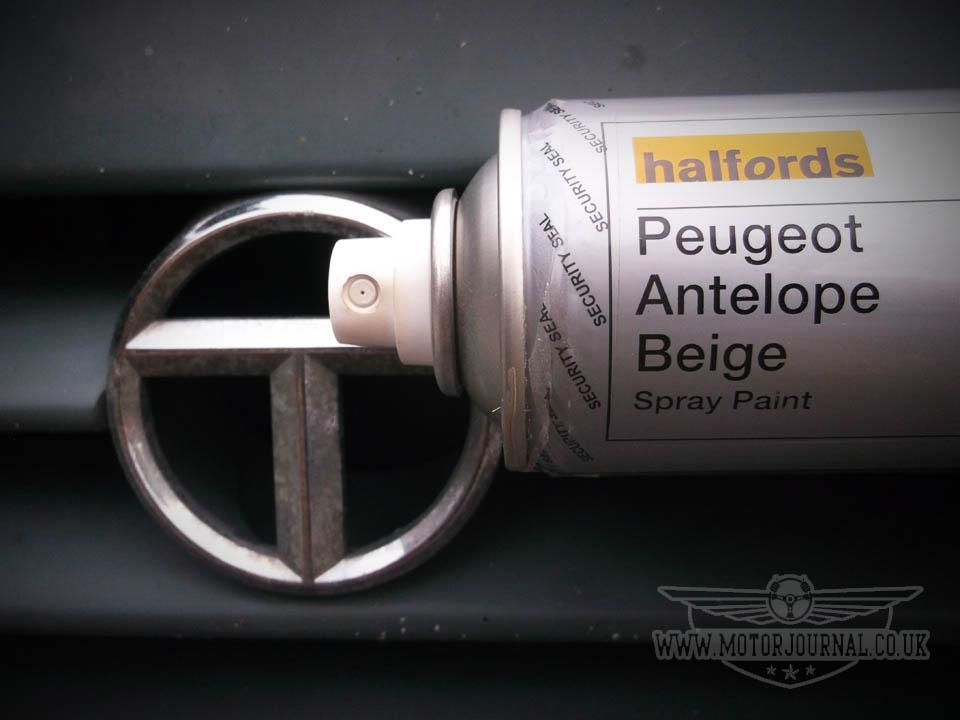 Peugeot Antelope Beige!! Ofcourse! What other colour could it be? GENIUS!! As it turned out, she was right! 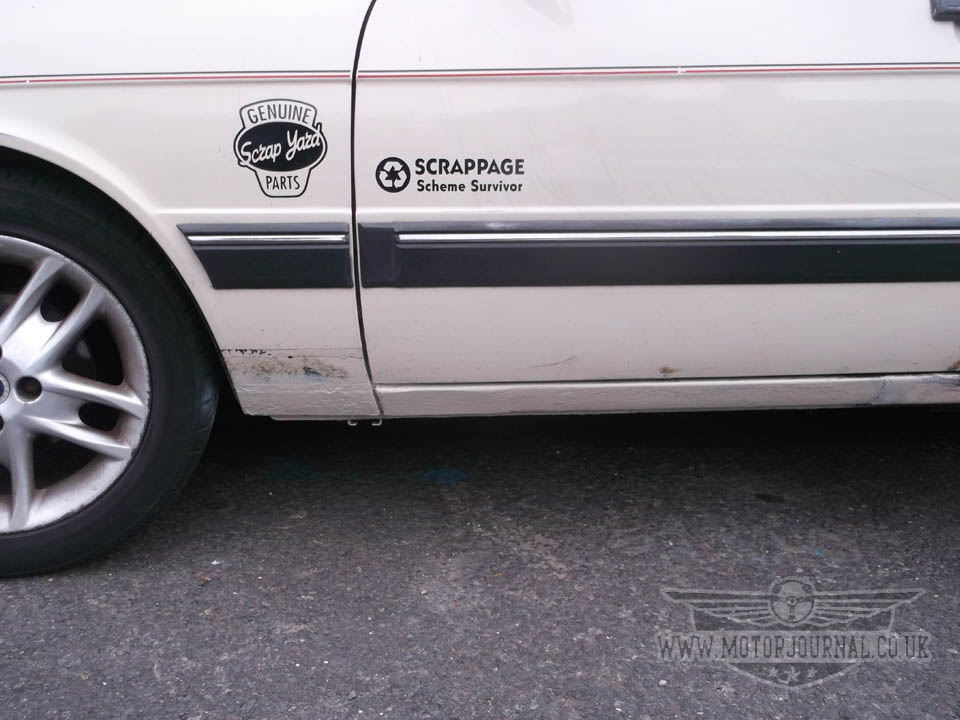 Once back at BelongaClint I gave the red-oxide a quick rub down with a scotchbrite, ok, it was a scouring pad, but it did the job, cleaned it off, and  after giving the can a vigorous shake I applied the paint. 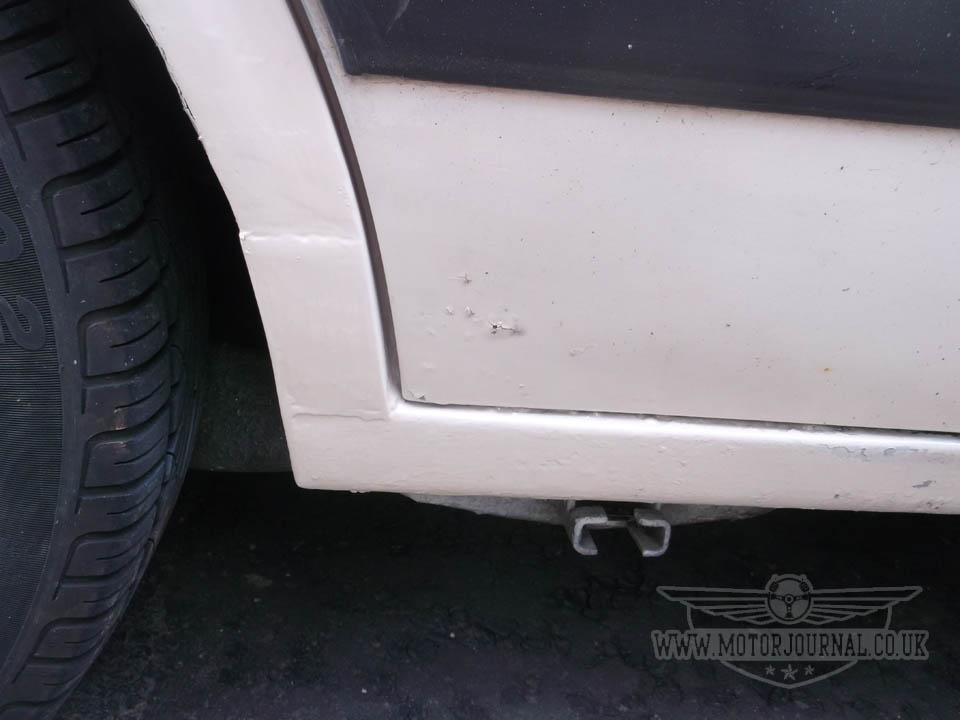 I will admit, it might not be the best looking repairs in the world, and professional painters are probably shaking their heads in disbelief at my effort. But it does the job, and besides, I'm trying to keep it imperfect, as I like that it's a little rough around the edges!! With the sills painted, and still plenty of paint left in the car I was quite tempted to paint the grille to match the bodywork as well. However I quite like the fact that it's green. Although, that being said I may yet paint the grille satin black at some point as I think that might look good too, and Poundland have plenty of matte black paint in stock!