September 21, 2017
With Summer drawing to a close (actually I'm wondering if we even had one!) and the colder darker nights getting ever more colder and darker I have started to wonder what will become of the StreetKa called desire! I am, if I'm honest still quite in love with it, and still enjoying it very much, but the truth is I have too many cars, and need to thin out the herd a little more. 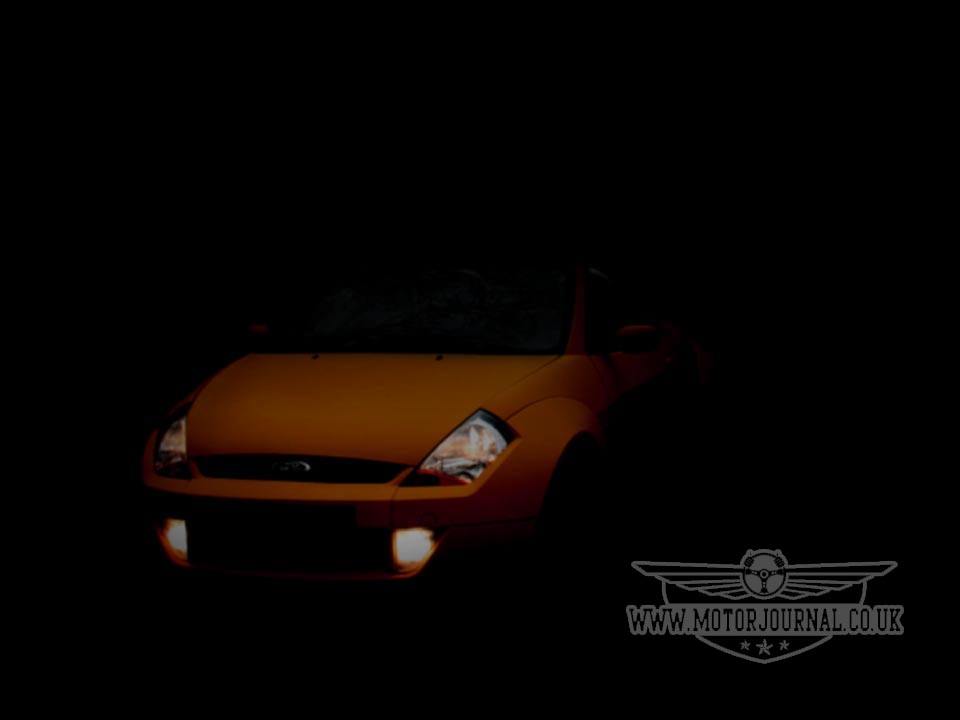 Last night Mrs Clint decided that I needed to run to the supermarket to get a few supplies, so I thought that I'd give the fantastic StreetKa a bit of an outing. My littlest monster decided that she was tagging along, we got outside, she looked at the StreetKa, and just said, "Roof down Dad!" I said, Roof down? Are you not cold enough?! She just chuckled and told me that it would be fine, it's warm enough!! So roof down it was! We made a decision not to go to the nearest Supermarket less than a mile from BelongaClint, but one thirty odd miles of twisting country roads away instead. 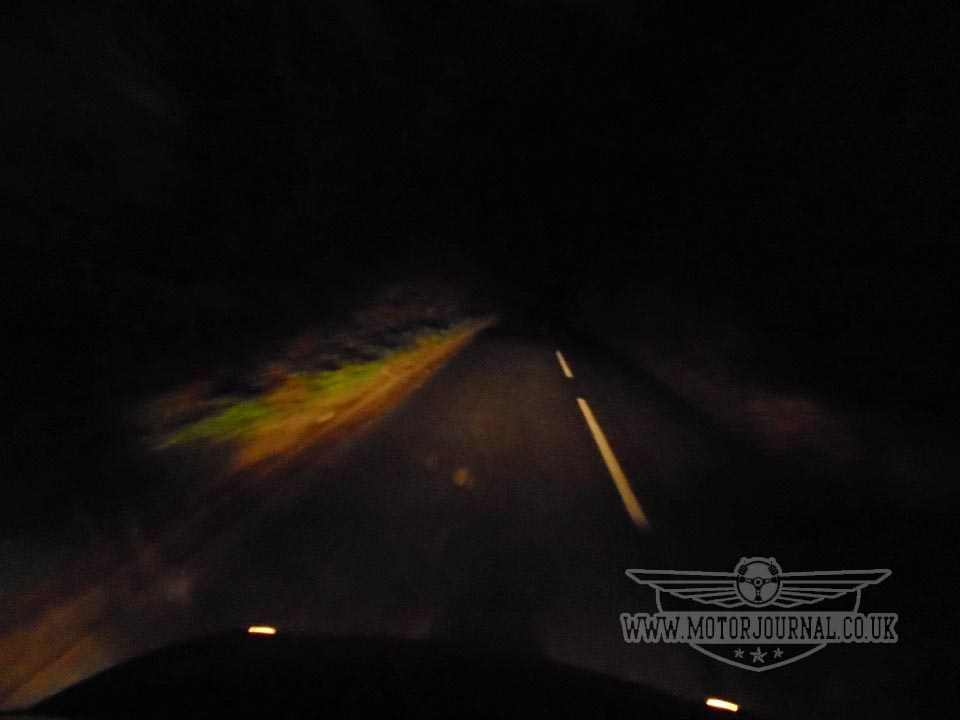 Warm my foot! It was chilly, properly chilly! SUMMER IS OVER! Not so much for my littlest monster who was tucked down in her booster seat, behind the windscreen, with the side windows rolled up, and the heater going full chat! To be fair, about 97% of me was warm too, but the 3% of me that pokes up above the windscreen, the 3% of me without any thermal insulation, that bit was cold bitterly cold! I really think that the few folicles of hair that were left on the top of my head got frozen solid, and then the wind blew them off! I need to buy a hat! 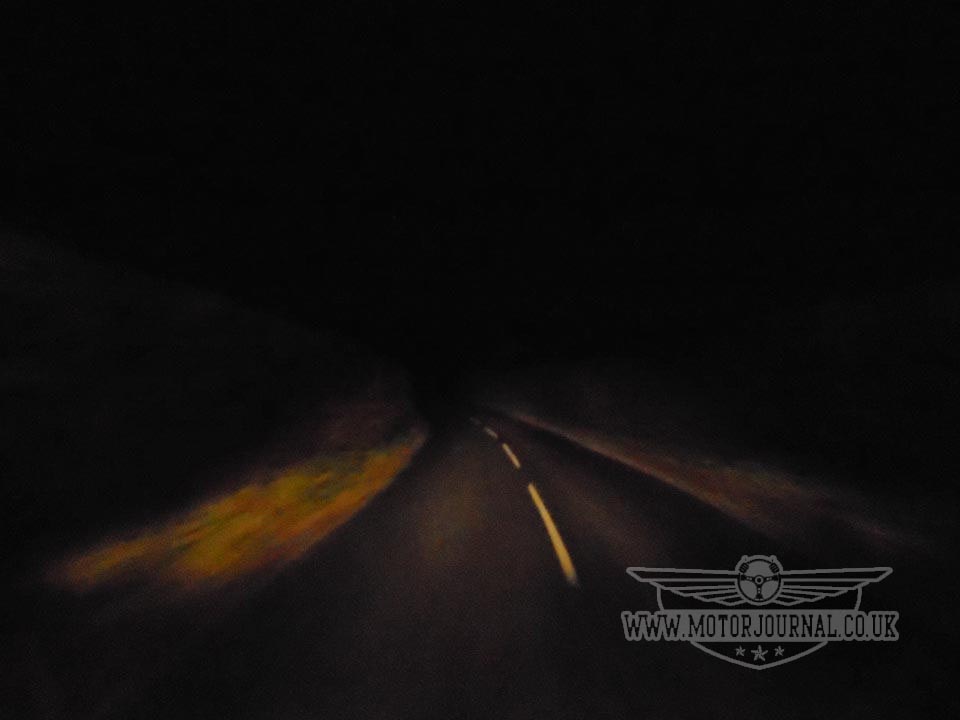 However, it has to be said that as we blezzed our way along the winding country roads it was a beautiful night, the inky blackness of the night sky was punctuated by the stars shining like diamonds. My little monster said that she had never seen the stars shining so brightly, and pretty much spent the whole of the drive looking up at the night sky in awe. She was telling me how beautful it was, the "stars shining like diamonds" bit was one of her descriptions of the sky. As we drove along, and I was getting colder on the top of my head by the second it was great to listen to her talking about what she could see, and how amazing it was to her. This, for me is what it's all about. Making these memories with my little girls who may well remember things like this, the night they drove with Dad with the roof down, in the freezing cold, looking at the stars while he drove along. It's simple things like this, something that costs no money (until we got to ASDA) but its so easy to do, and my kids love it, and to be fair, I love it too! 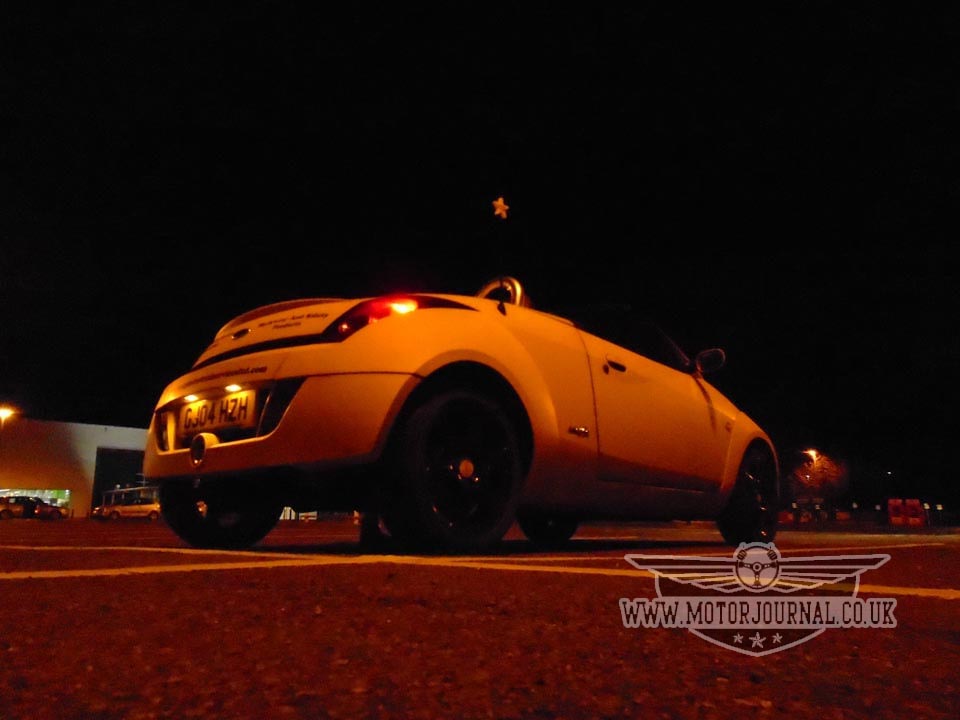 Anyway, half an hour or so later we cruised into the carpark at ASDA, and I got out to buy myself a hat! We wandered around ASDA for far longer than we needed to be there while I waited for the top of my head to thaw out a little, even with my newly aquired hat my forehead still felt cold! But by then we had a trolley full of supplies, and we headed back to the car park. The boot of the StreetKa is surprisingly big, and swallowed our groceries with ease. But the one thing I don't get about the StreetKa, and I remember thinking this when I had my previous one. Why isn't there a lock on the boot on the outside of the car? Why do I need to insert the key in the door to unlock it, then insert the same key into the door on the cubby hole between the seats to open that, and then insert that key once more into the lock at the back of the cubby hole to unlock the boot!! Madness! It's a good thing I'm not really the moaning type! 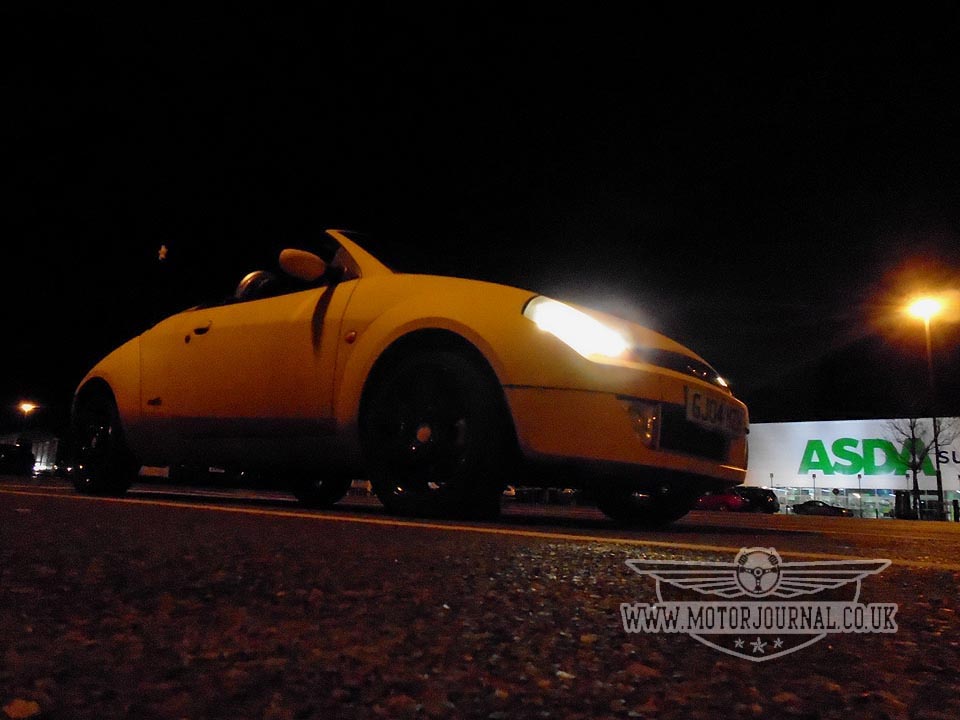 With the boot full of groceries, and my littlest monster full of chocolate we jumped back into the car, I looked at her, and she said "Roof up Dad." I thought to myself, oh thank goodness for that, but said to her, roof up, are you sure? I've just bought a hat! "Yeah" she said, "you looked cold on the way here!" As it was getting late and it's still a school day I decided to take a slow cruise along the motorway home. As you drive along in this thing with the roof up, it is very well insulated, I had to turn the heater off in the end! I remember being surprised by my first one I had, and how warm it is and how there isn't really any more wind noise than there is in a tin top car. Its not even drafty! For what was essentially a cheap little convertible, the quality of finish is pretty good! Before too long we were pulling up outside BelongaClint, and I lugged all the shopping inside the house in one go! Why, as men do we do this? Why not make two or three trips? I dunno, but I guess it's a man thing as pretty much every man I know does this! Look at me, I'm so strong I can carry 11 bags of groceries! I know if I was at work I wouldn't be able to do this, because the health and safety nazis would tell me it was too heavy, plus, we're not really supposed to go grocery shopping while we're at work! Anyway, I do like this little car, and I liked my first one too, for just driving about and having fun they are brilliant! Pretty much all of my male friends tell me that I look like a gay when I drive it, and some of them wont even set foot in it for fear of what people think! But personally I'm having way too much fun driving my StreetKa to worry about whether someone thinks I'm gay or not, and besides, whats wrong with being gay anyway? I must admit, I do wear some pretty outrageous sunglasses when I'm out in it with the roof down in the sunshine, I reckon even Elton John would have reservations about wearing them. But surely this is all part of the fun of owning a car like this isn't it?